A friend told me that this last weekend was the Clinton Fall Festival.  With autumn in the air, I was in the mood for a fall fest, so Saturday morning I decided to check it out.  It was less than 20 miles away - a good deal.
Well, who knew it was such a popular event!
Upon arrival at the outskirts of town, I blew right by the first venue:  the antique car show!  Turned around and headed back.  Good thing, too, because it was one of the few places where there was parking.
I love old cars.  They have character.  They are fun.  They have beautiful lines.  Today's cars, by comparison, are pretty darn dull and boring.  Here are some shots of my favorites. 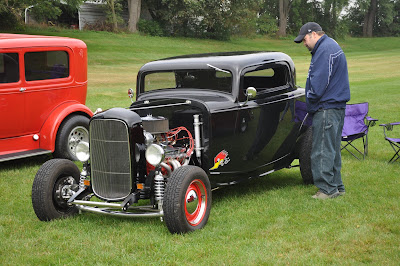 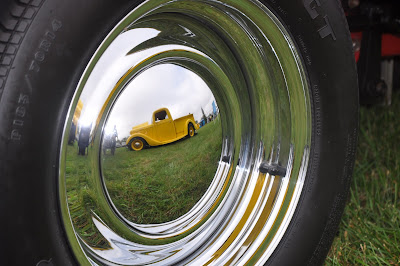 I loved the reflection in this tire, but had a hard time getting it -
people kept walking by! 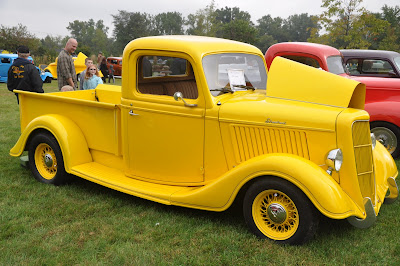 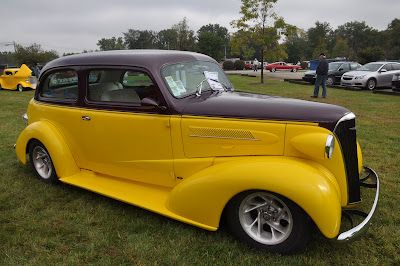 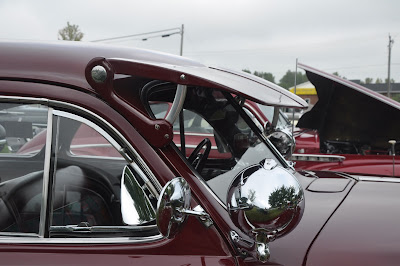 Now, I think this window visor is great!  Why don't we have these today?
From Dad:  G'pa R had a car with the windshield visor.  It helped to keep snow off (almost - there was a gap between the rear edge and the car body) but it never was designed to be raised or lowered. 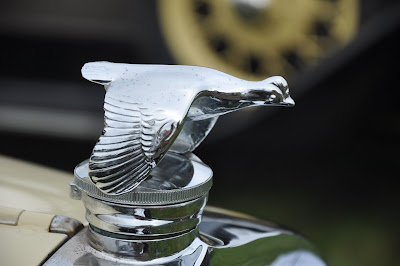 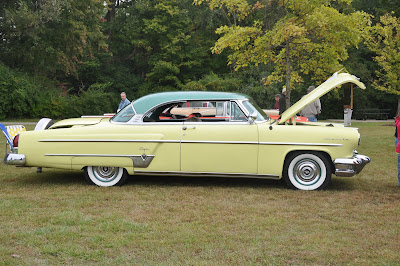 This person obviously had a thing for tigers (how many can you count?): 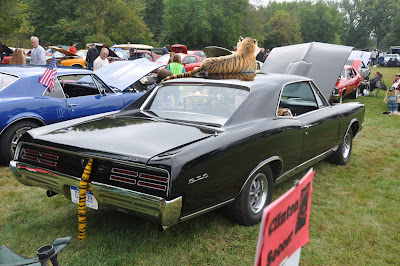 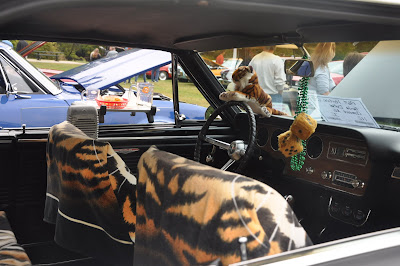 Update from Dear Ol' Dad:  Esso gasoline had an ad campaign re: putting a tiger in your tank -- and one could purchase tiger tail (imitations) to hang out of the trunk and over your bumper. 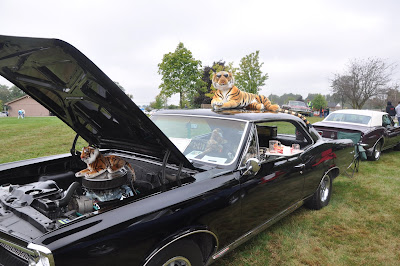 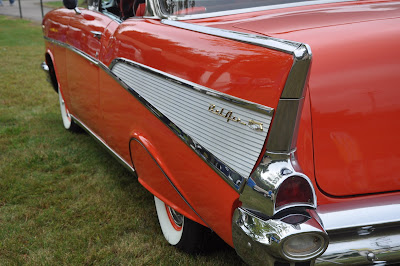 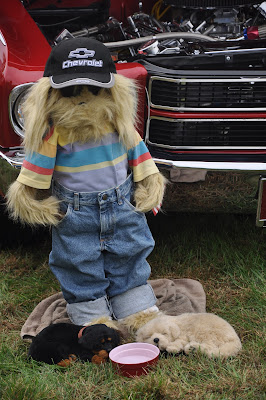 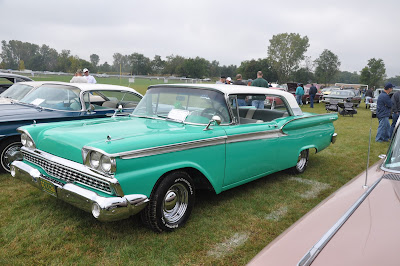 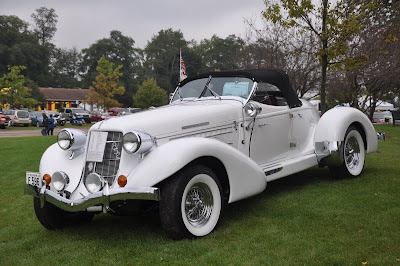 I love these!  So beautiful! 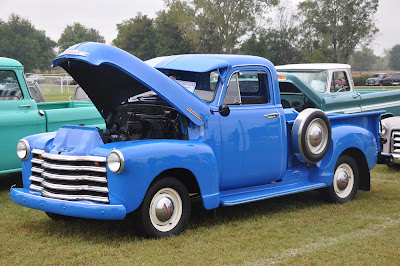 And how cool is this vintage van! 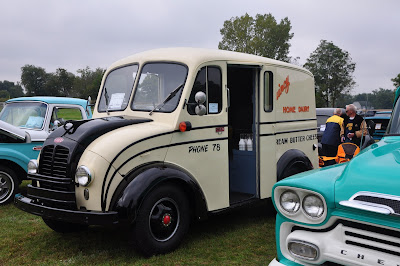 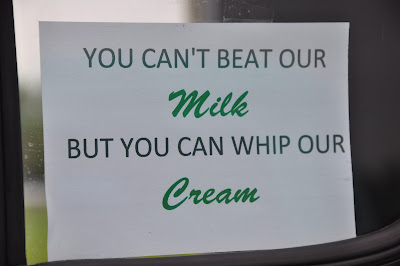 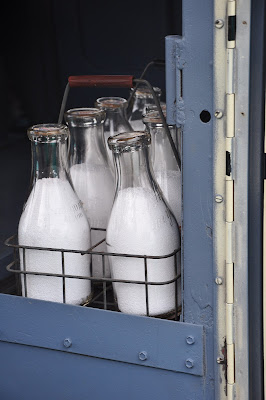 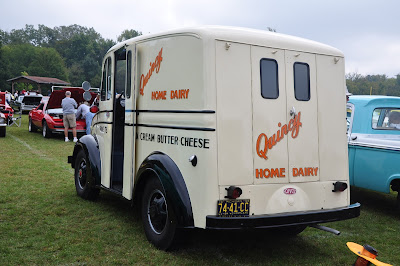 We had VW buses when I was a kid, but they didn't quite look like this one: 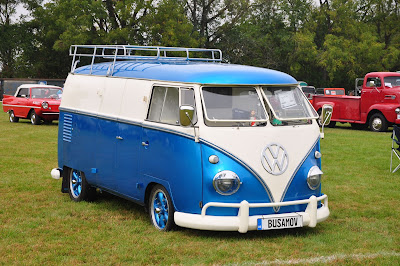 The placement of the license plate on this truck caught my eye.  I've never seen on like that before. 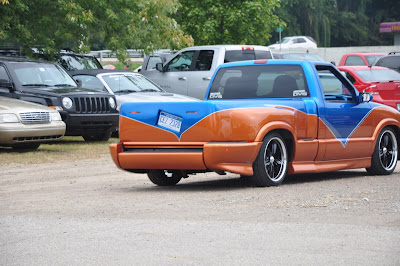 After viewing the vehicles, I grabbed the shuttle bus to the rest of the festival, which was downtown. 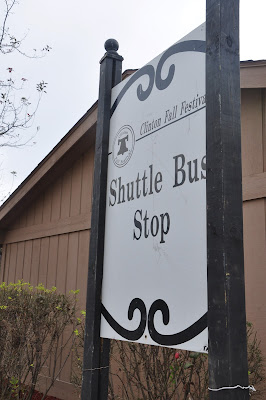 There are a lot of neat old buildings here, including an old wool mill that I had a great view of from the bus, but when I walked back past it later on, I was too short to get any decent shots.  Perhaps I'll try on another visit.  Meanwhile, here is the clocktower downtown: 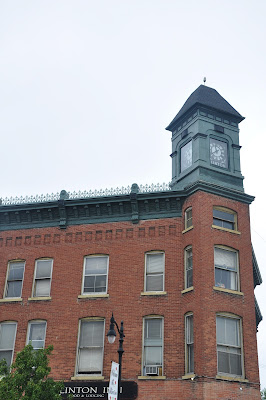 There were dogs of all sizes and shapes out and about at the Festival.  Lots of puppies. 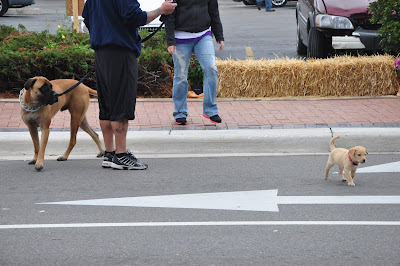 And, to wrap up, here are some shots of vendors - they capture the flavor of the season. 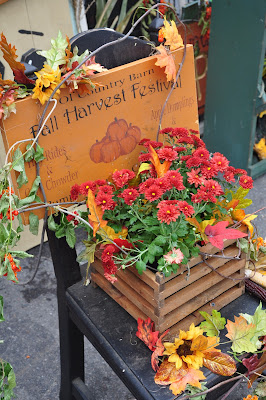 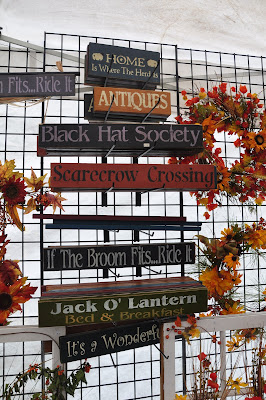 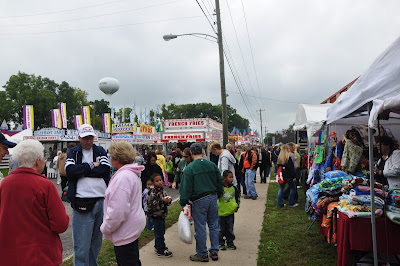 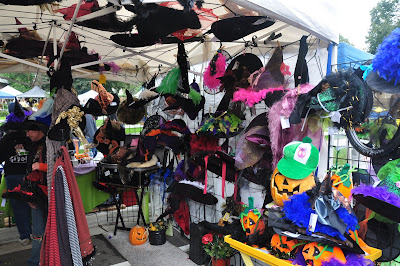 This last image is a booth of "Witches' Hats."  And it was probably one of the most popular booths there!  I saw many women, of all ages, walking around wearing their newly purchased black hats. And no, I didn't get one, but I was tempted...a little.  No, instead, I bought an old-fashioned washboard.  I got a lot of strange looks for that, but, well, y'see, sometimes you have to wash things in the sink, and, while doing just that this last week, I found myself wishing I had one of those old washboards.  Ask and you shall receive, eh?  I count myself very fortunate.
Posted by Ellen Rathbone at 11:14 AM