My goodness - it's been a year and a half since I last posted!  Not having ready internet access has made it difficult.

So, I am going to finish posting about my fabulous trip to Alaska in May/June 2015.

So, Day Two - Leaving Port Orchard and Getting onto the Cruise Ship in Seattle

After breakfast, we all piled into the van and drove to the ferry station in Port Orchard.  There we rolled aboard and parked in line with all the other commuters.  Because it was a lengthy ride, we got out of the van and walked around the ferry - nice views from on top.  Saw some pelagic birds, but no whales. 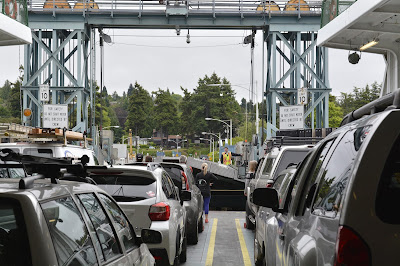 They are very serious here about keeping birds from perching everywhere. 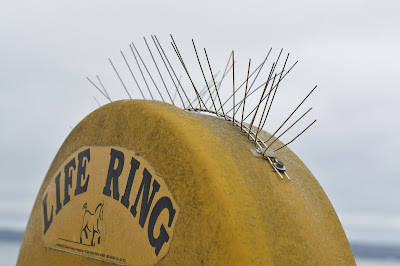 Once in  Seattle, we had to drive from the ferry dock to the ship dock.  And there she was, the Norwegian Pearl, our home away from home for the next week. 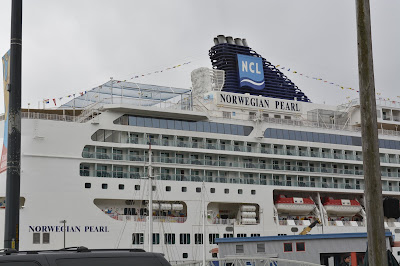 Some views of the city from the ship. 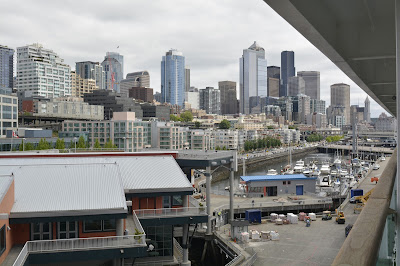 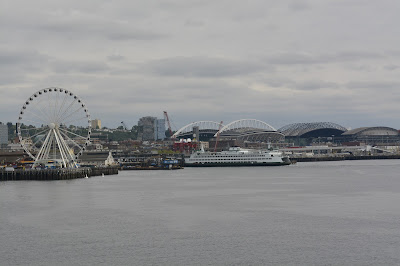 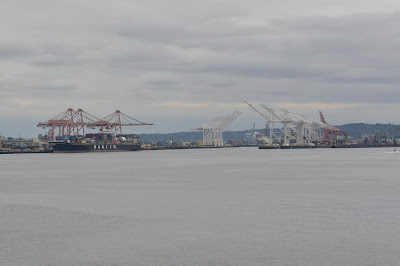 I had a shot of the huge YELLOW oil drilling platform that was being built here and later that summer was towed out to see to head up to the Arctic.  Do you remember that?  Hundreds of kayaks and other small craft tried to block its progress.  Well, at the time, I did not know what it was - it was just this huge yellow thing.  I asked around, but no one knew what it was, so I deleted the photos.  Ah, hindsight - it is indeed 20/20.

Soon we found our room.  There were three of us (were supposed to be four).  Here you see the beds my mother and sister used.  I am standing in the doorway to our balcony.  To my left, which you cannot see, was a "sofa," which folded out into the bed that I used.  And were was #4 supposed to sleep?  Over my head - a shelf pulled down and #4 would have to climb up onto that ledge to bunk down.  Good thing her family decided to come along and they all got their own room! 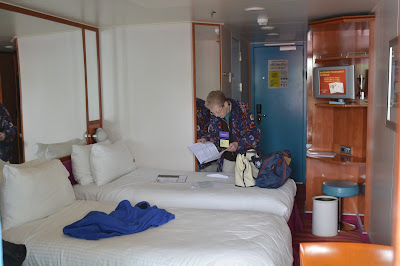 There were plenty of whimsical decorations on board, like these fun fishy carpets, 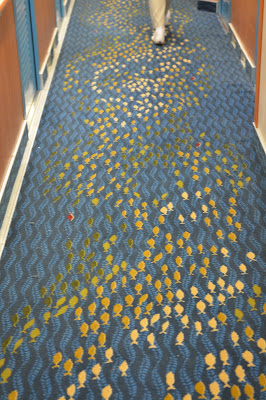 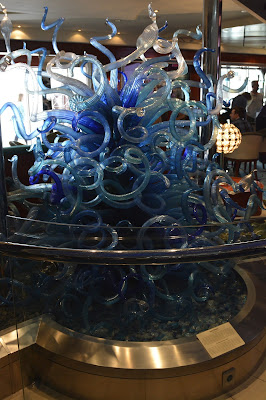 We walked around the ship, getting our bearings and checking out the "welcome aboard" doings.  There was a "BBQ Cookout," which we mostly missed.  We got there just in time to get one of the last cold burgers.

Here we see the entertainment folks trying to entice visitors into a group dancing thing. 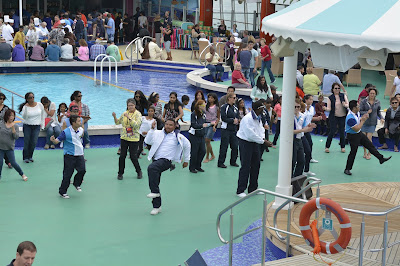 We found the important part of the ship:  where the captain and crew did the sailing proper. 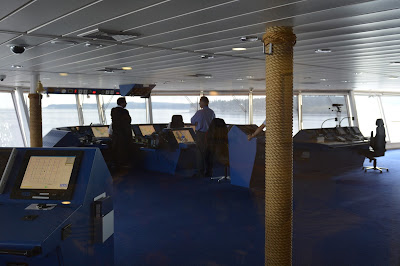 Very few of the shipboard entertainments, however, held much appeal to me.  Yeah, it takes a special type of personality to be into cruising.  I am not that person.  So, I spent a lot of my on-board time on the deck watching the scenery pass by. 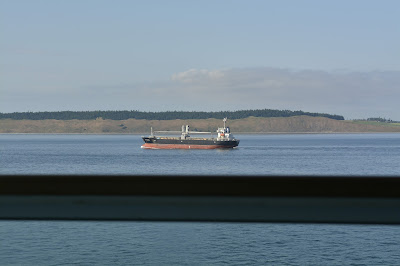 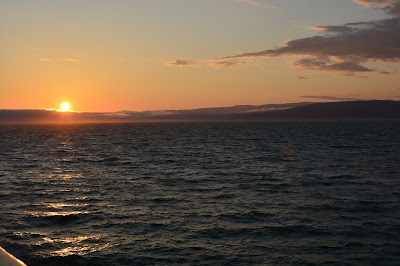 Posted by Ellen Rathbone at 2:28 PM