Saturday morning dawned sunny and bright...although it remained below freezing.  When I arrived at work, I decided it was imperative that I work on learning the property.  After all, I've been here three months now, so it is about time I became familiar with the place I was hired to interpret.

So, camera in hand, I hit the frosty trails. 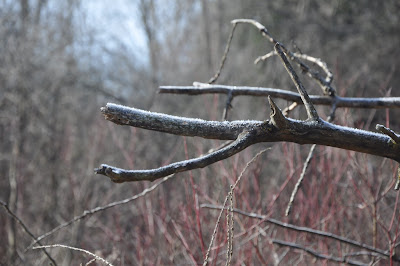 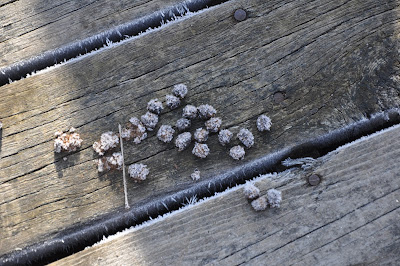 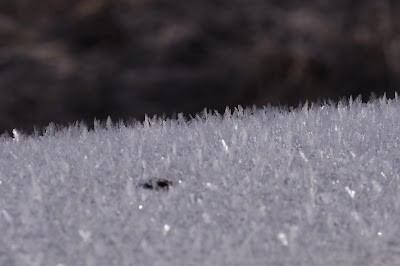 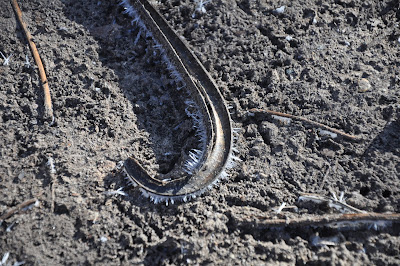 Frosty vegetation on the ground. 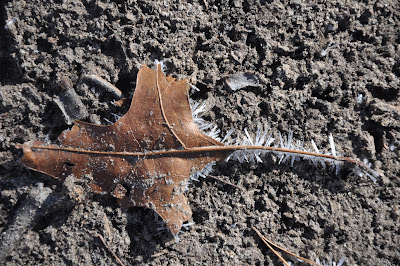 Frosty leaf.
This tree trunk fascinates me every time I walk by.  Three holes, each atop the last.  Why?  What caused the crease in which these holes reside?  There must've been some sort of damage done to this tree, which caused the crease (the tree's continual growth giving the original injury rounded sides).  This damage must have in turn attracted insects, which took up residence inside.  And then the insects attracted birds, which excavated the holes. 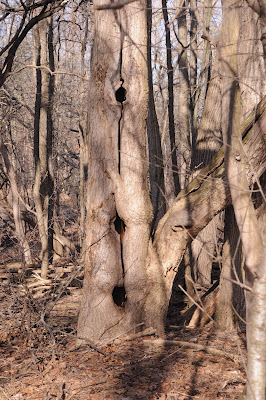 Not all strange growths on trees are due to nefarious causes.  Burls, like the one seen below, still confound scientists.  Some may be caused by external agents (similar to galls), but not all can be attributed to specific causes.  Whatever their source, they don't seem to harm the trees on which they grow, and they are often sought by woodworkers, for burls make spectacular bowls, with their swirled grains and tight growth patterns. 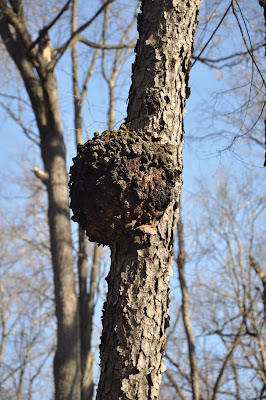 Now, here's an impressive specimen of poison ivy.  Sadly, but with good reason, most people despise poison ivy, for it harbors an oil to which most of us are allergic (see my post from last summer about my own run-in with the stuff). 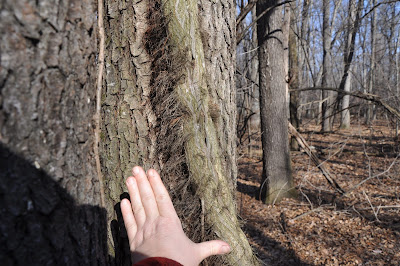 Still, it is a native plant, growing both in vine and ground-cover form, that produces white berries that are important to many bird species as a source of food.  In other words, PI is an important part of the native landscape; we humans just need to learn how to live with it! 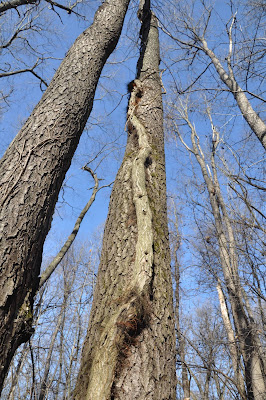 My primary goal on this morning's walk was to cover the perimeter trail(s) - I wanted to see parts of the property I hadn't seen yet.  Much of the property is either hardwood forest or open field/prairie.  There is, however, a nice patch of conifers out along the northeastern perimeter. 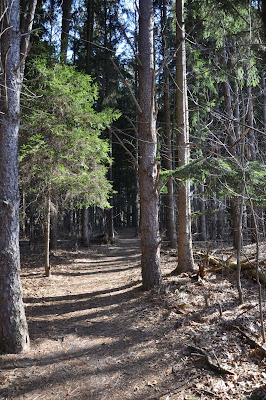 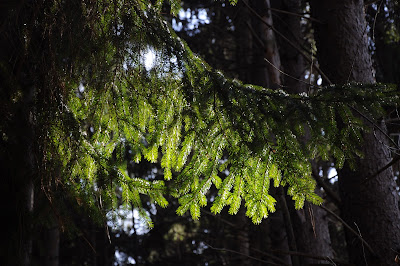 The winged wahoo (I just love that name) is quite prevalent in several parts of the property.  A highly invasive non-native, it is, never the less, kind of attractive, especially when viewed through a macro lens. 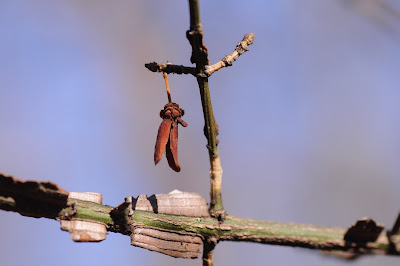 I was soon nearing the edge of our property. 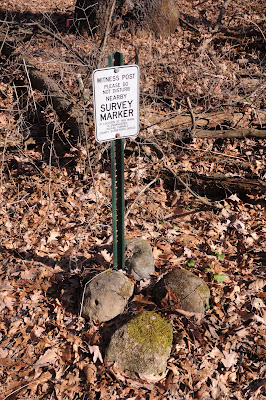 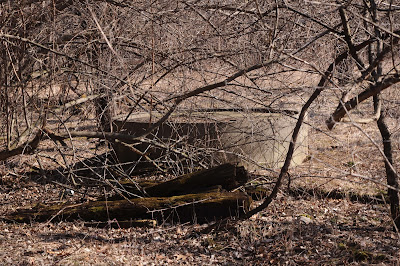 And then I found myself facing one of the neighboring farms. 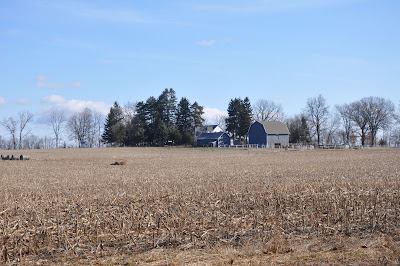 I turned around and retraced my steps, and before long I was at a lovely vernal pool.  These temporary habitats form in the spring (vernal) from the melt waters of winter's snows and the added moisture of spring rains.  Last week, they were full of frog song.  This week, they have been pretty silent, thanks to the return of below-freezing temperatures.  Still, I did hear a lone chorus frog calling a couple times during this walk. 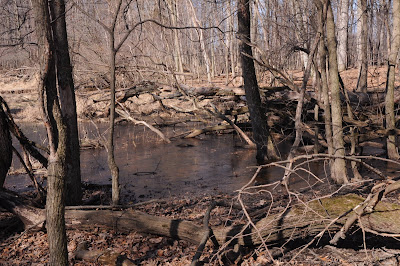 Previously I posted a video of this glacial pond, recording those very frog songs.  Today I found myself on the far side of the pond.  I had no idea a trail went along this side.  There's even a bench here, where those who are so inclined can sit quietly and enjoy the sights and sounds of this pond.

Today, however, things were a bit frosty for sitting for any length of time. 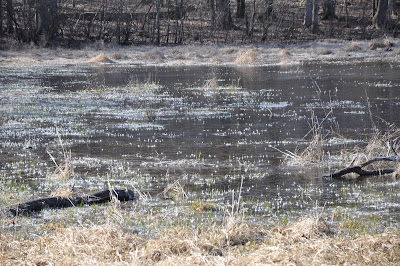 Following the trail just a little bit further, I found myself back at the burn.  It was now almost a week since we burned, and I was curious to see if there was any new growth yet.  I suspected not, since the weather had turned chilly - not conducive to seed germination. 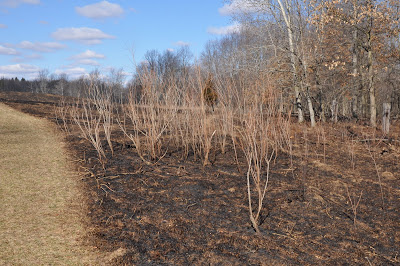 My trip through the burn will be posted next.  Stay tuned.
Posted by Ellen Rathbone at 4:20 PM