Yesterday some friends and I went to Port Huron to see the long-tailed ducks (formerly old squaws) on the St. Clair River in Port Huron.  Last year, apparently they were there in rafts by the tens of thousands.  We didn't see that many yesterday, but we did see many, many hundreds.

It was a stunningly (blindingly) bright day, with temps probably in the single digits.  I was borrowing a 300mm lens from someone to test drive it.  All my photos came out rather washed out, and none too terribly sharp.  I needed to practice more, I guess.  Still, I was having a grand time watching the ducks. 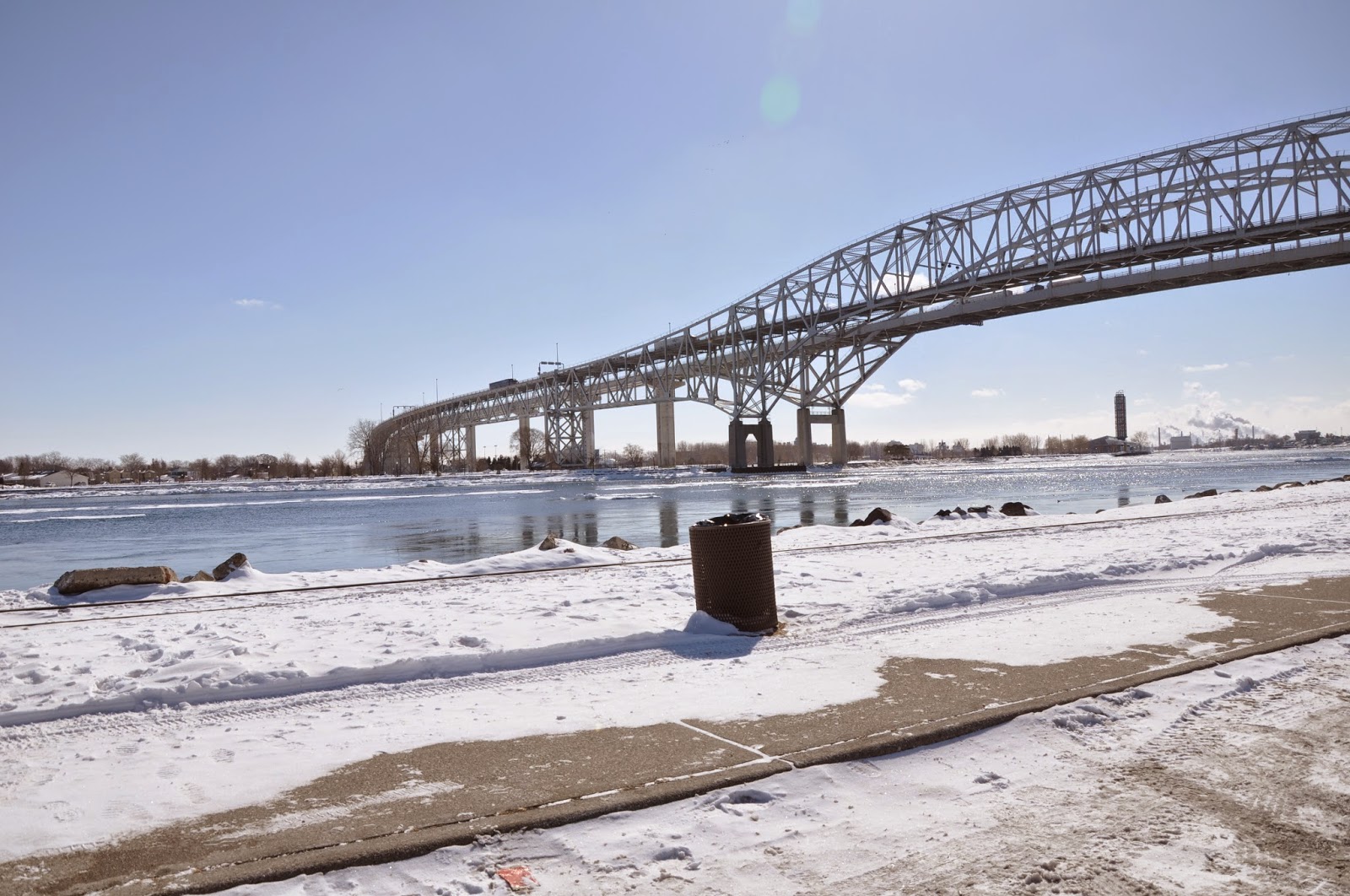 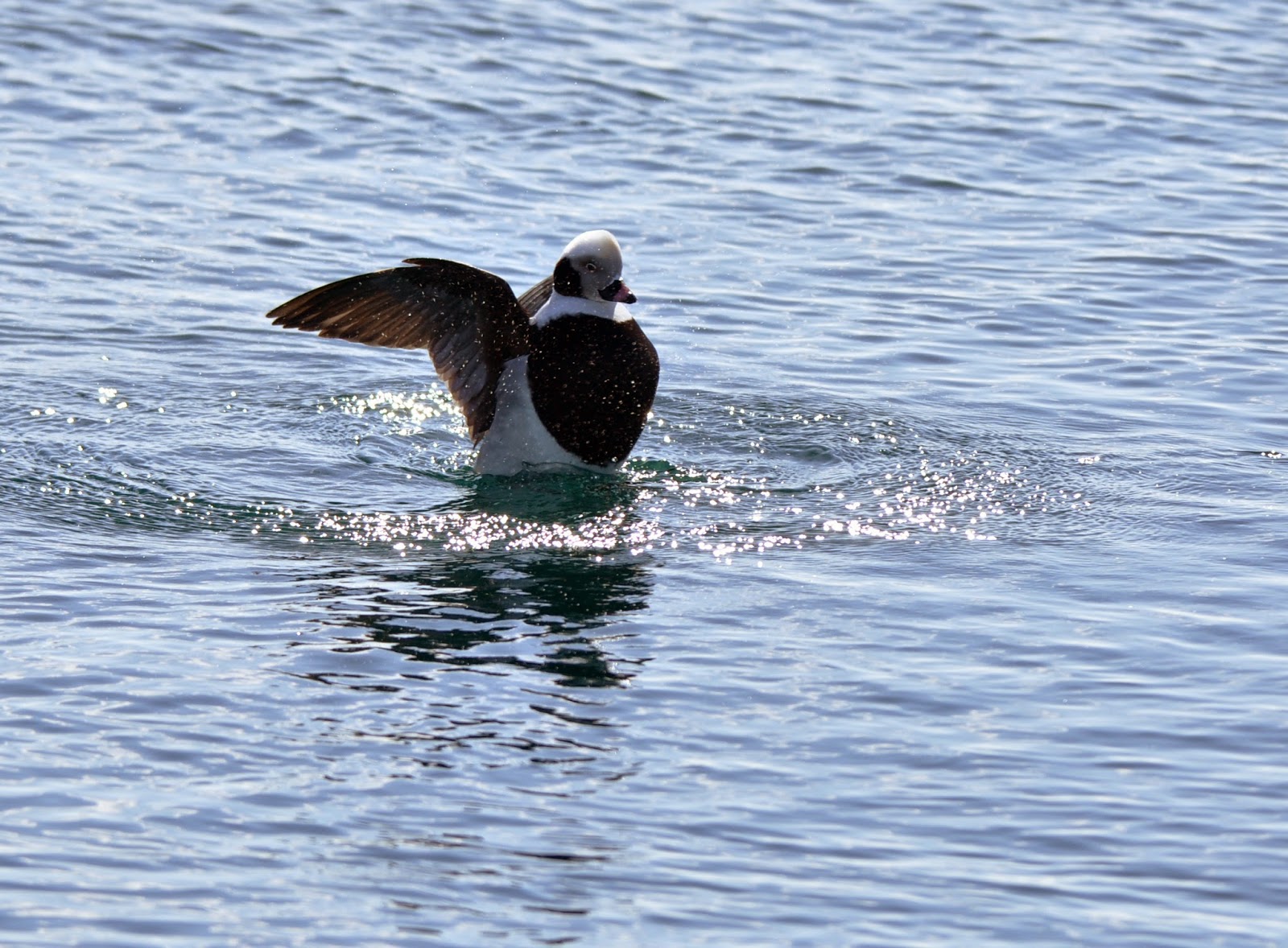 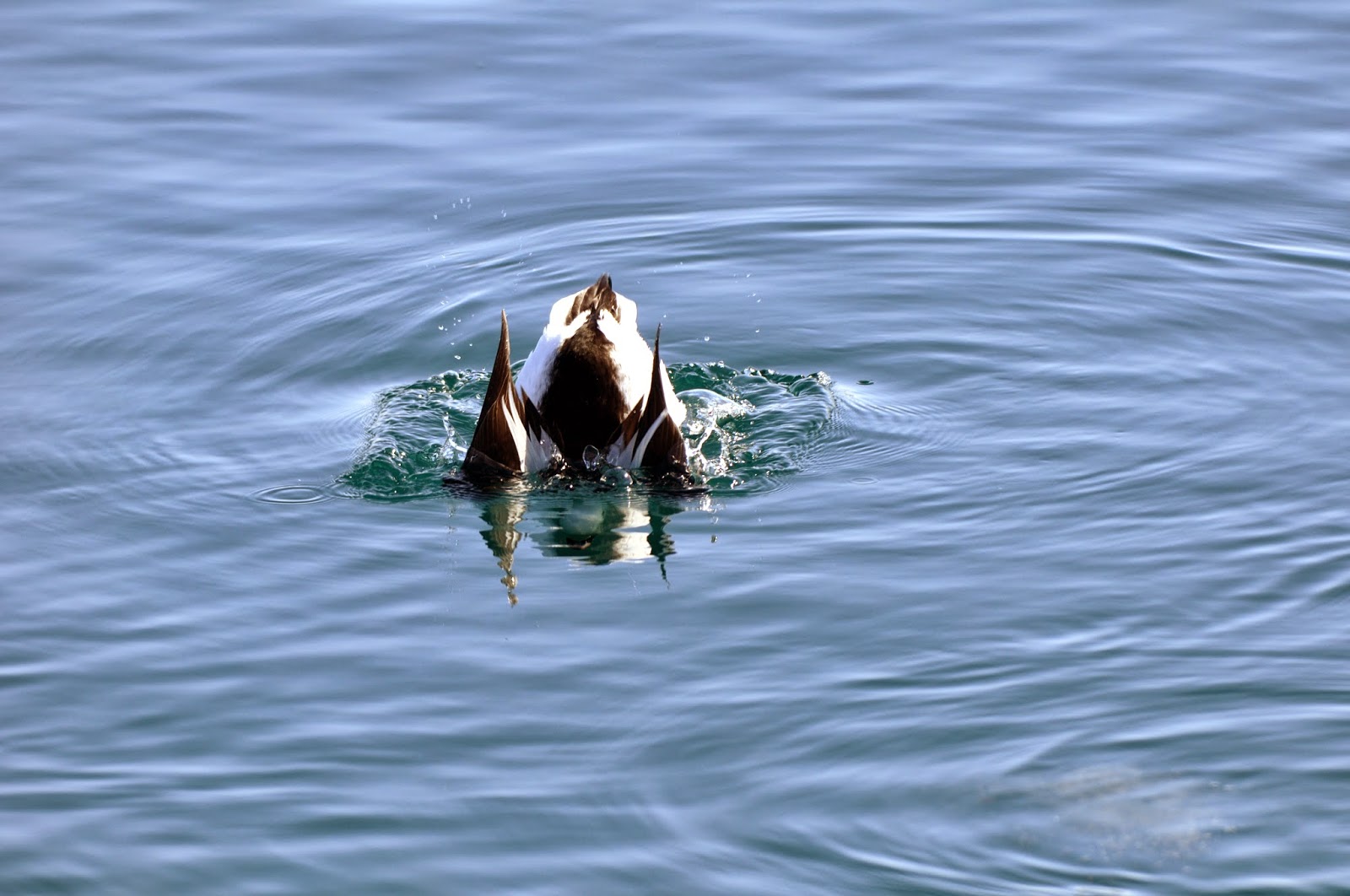 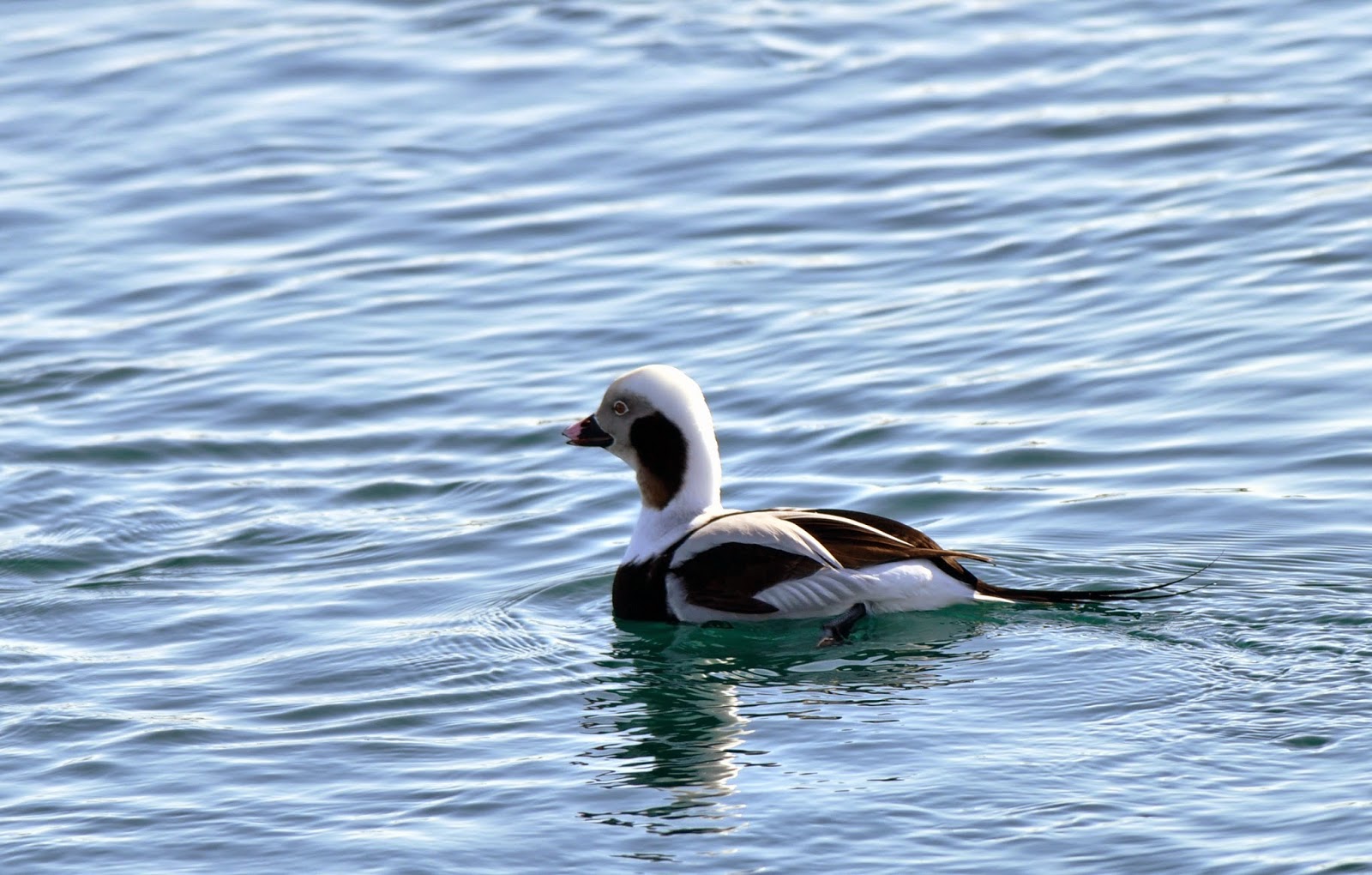 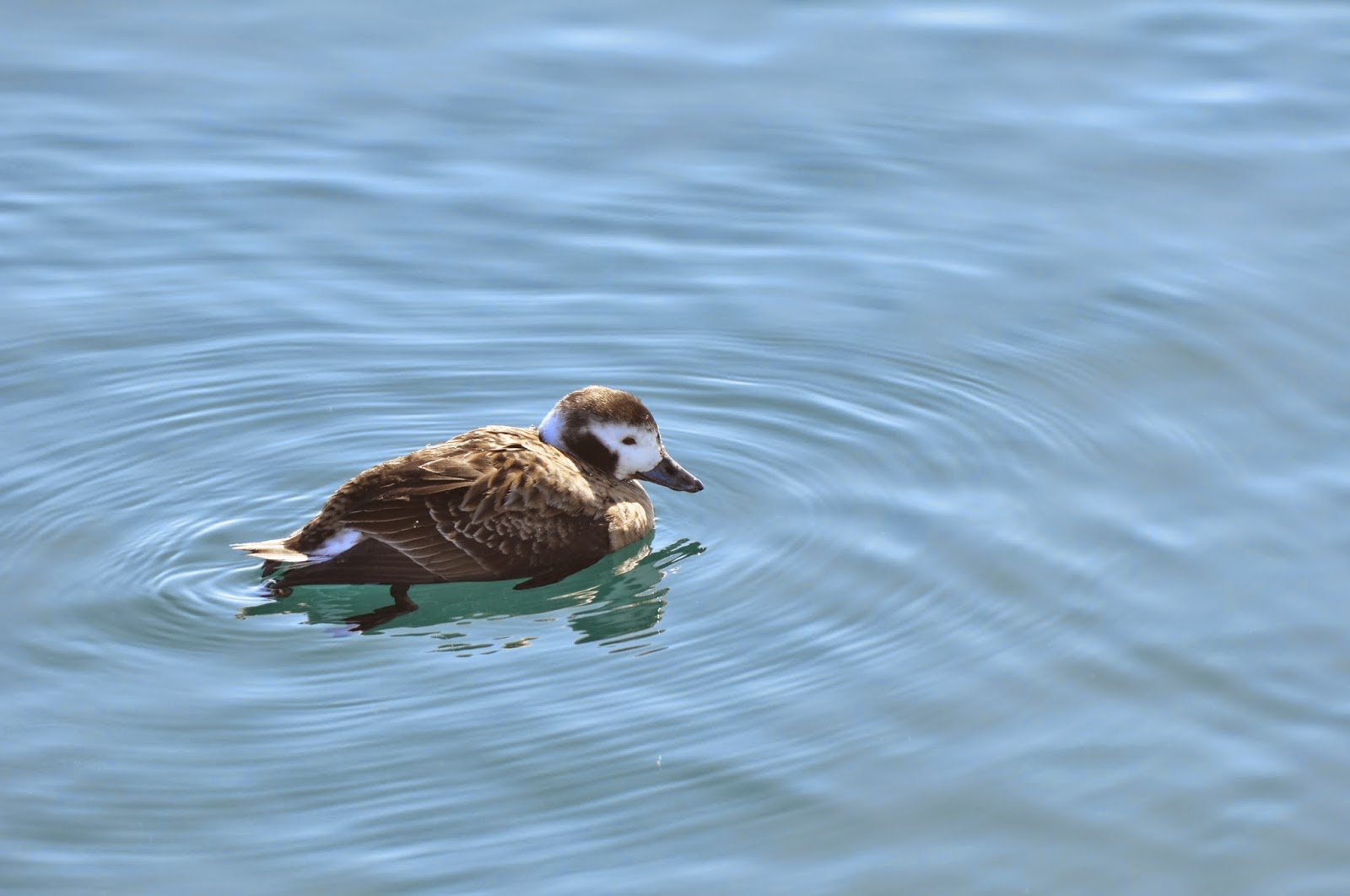 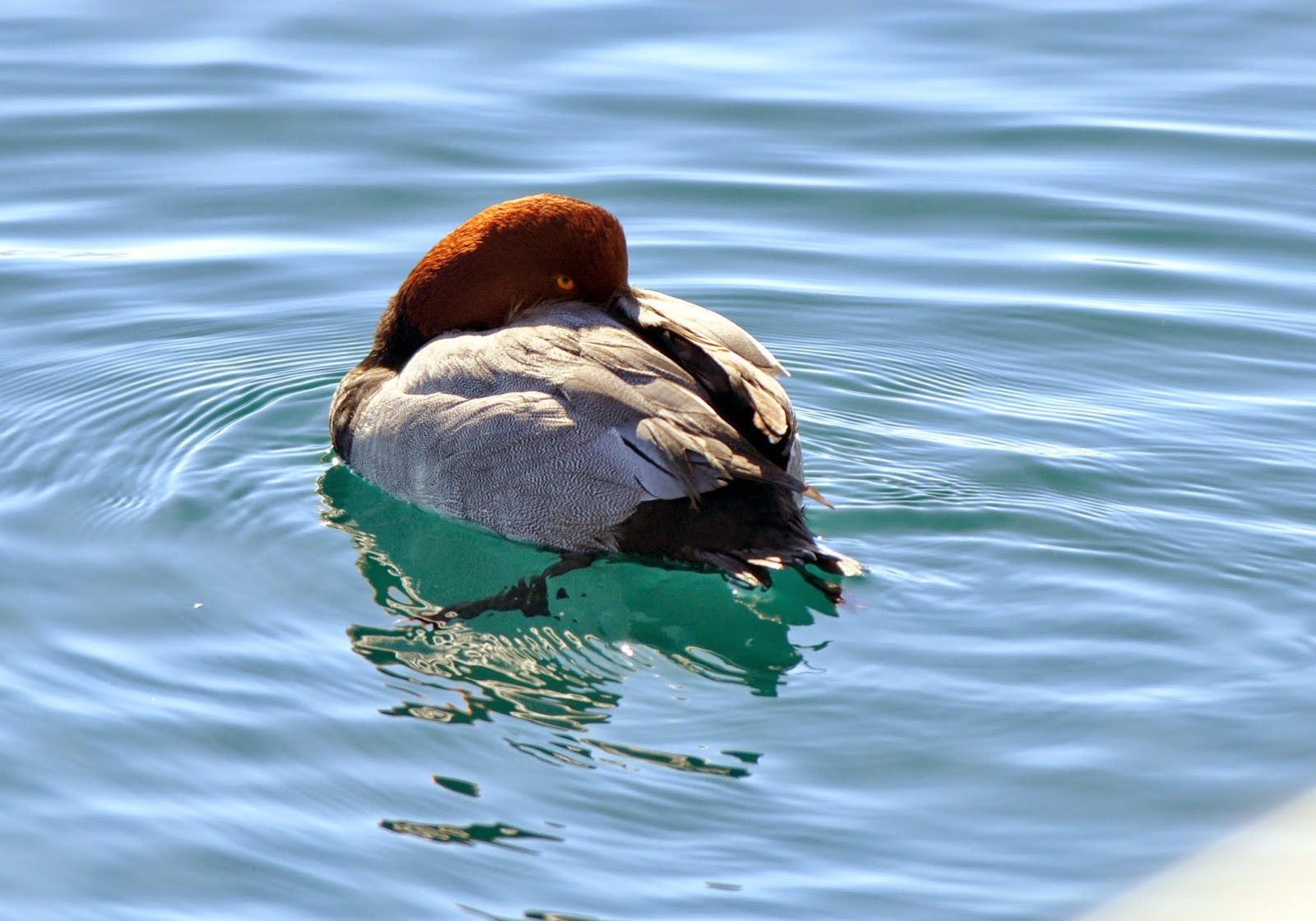 I think that's a red-headed duck sleeping, but it could be a canvasback. 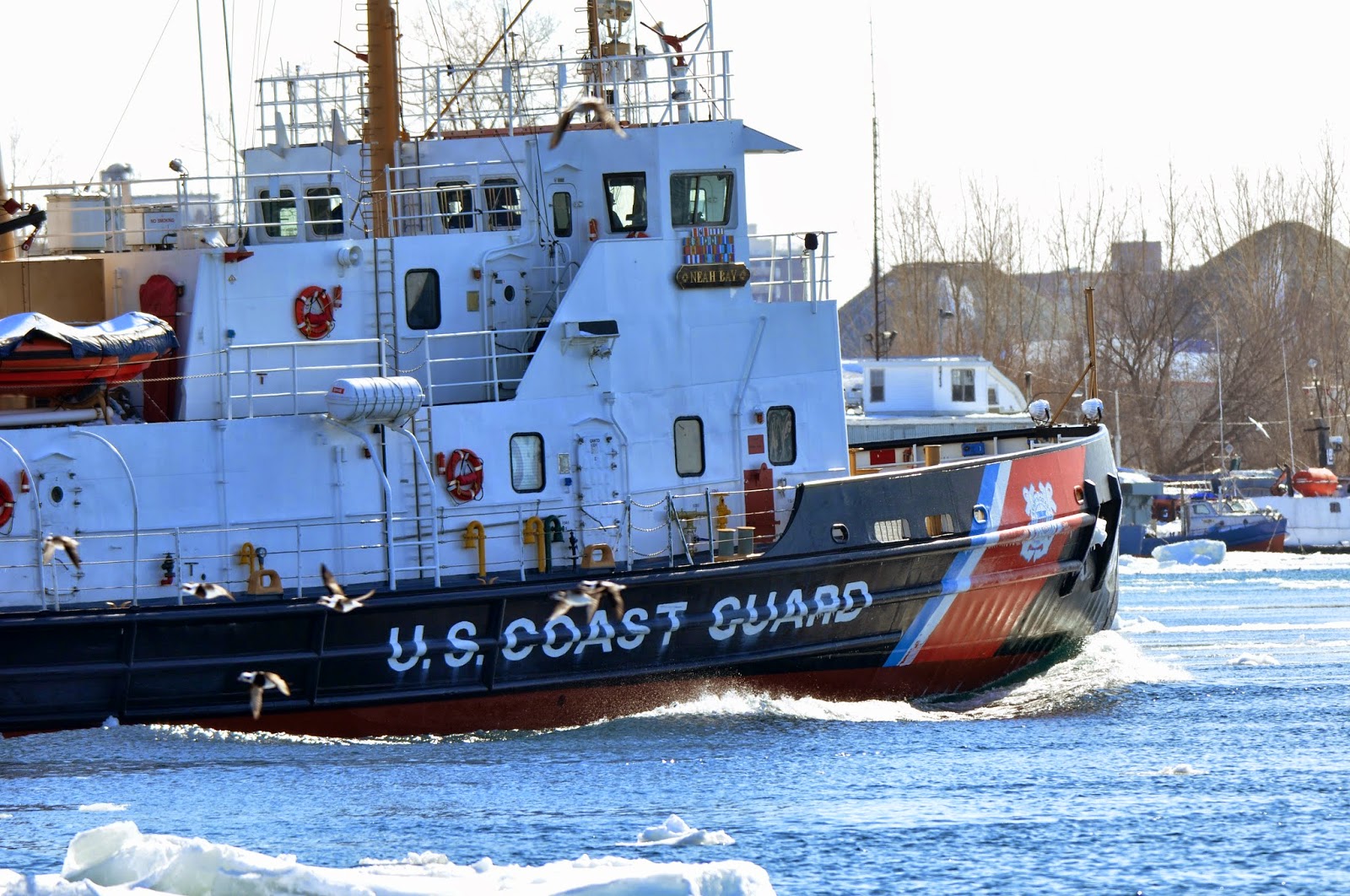 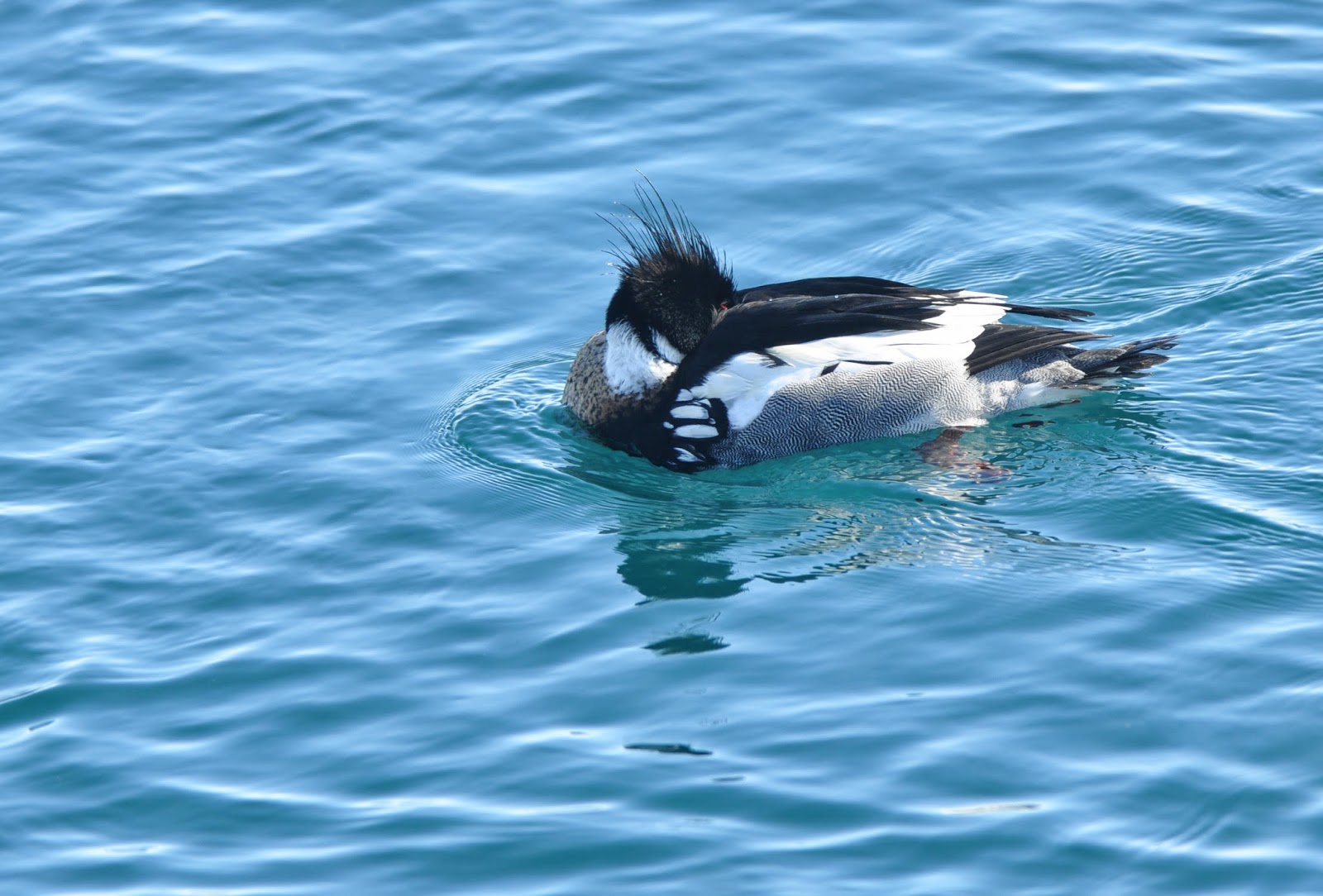 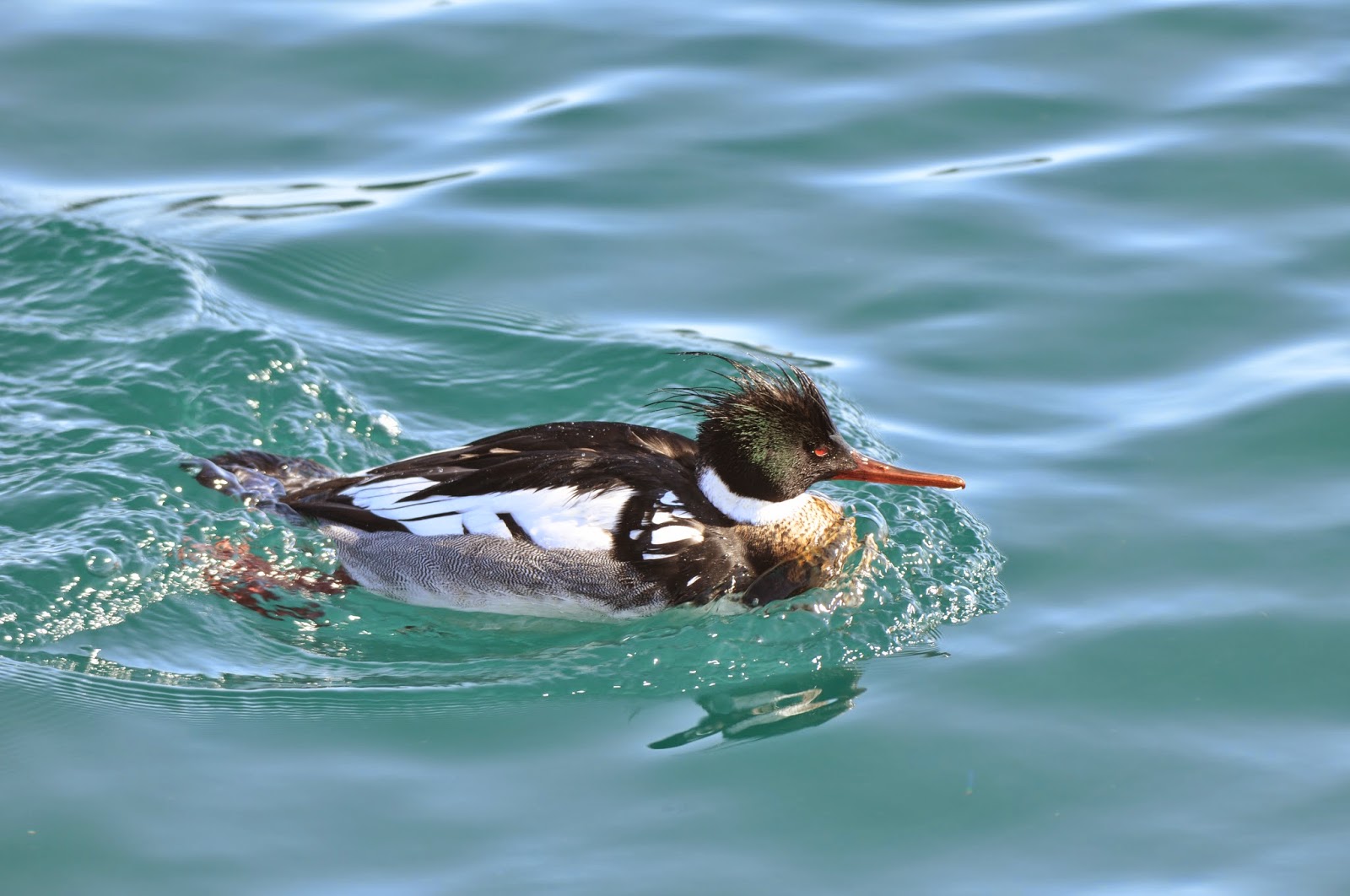 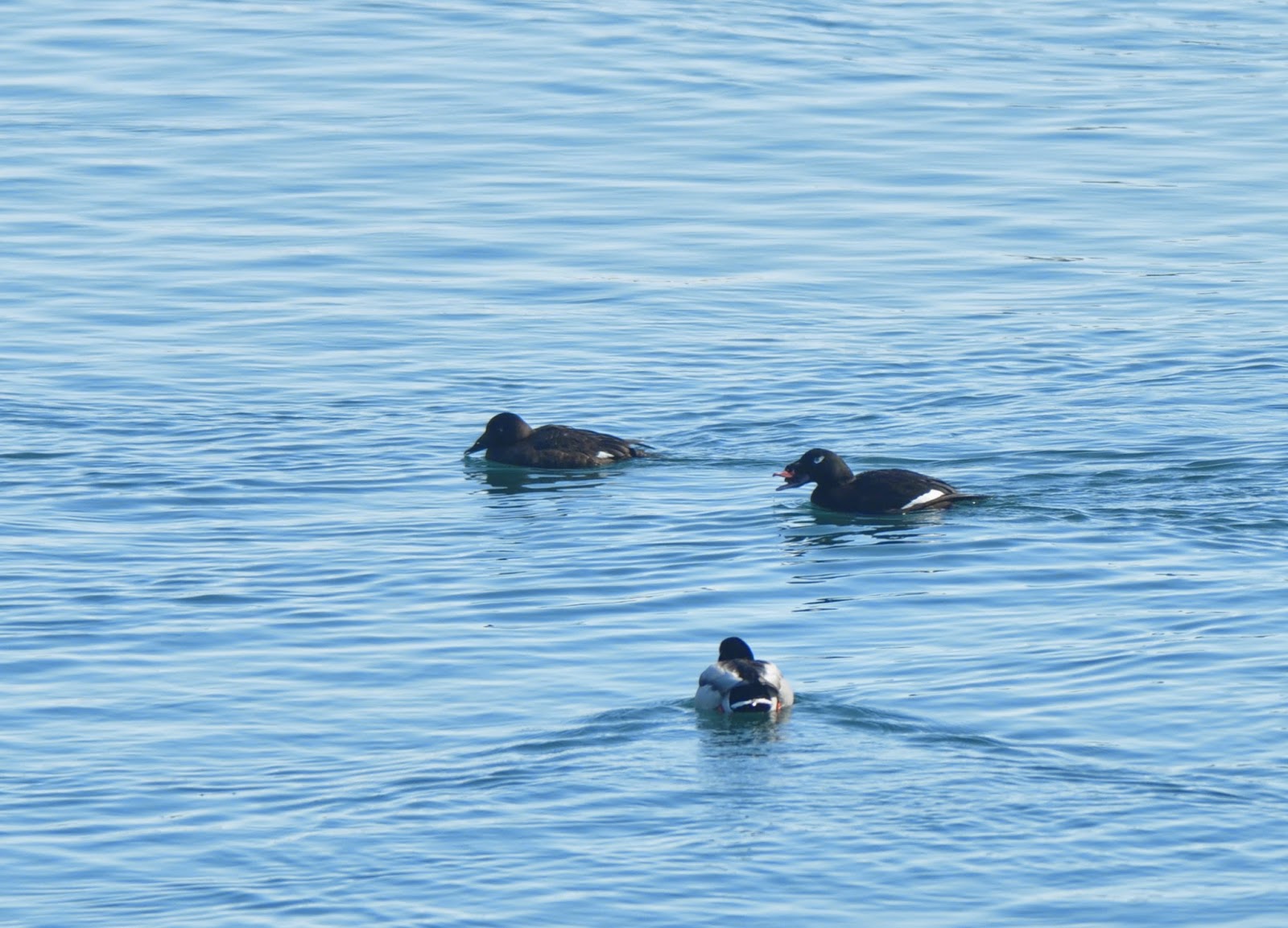 White-winged scoters, catching lunch.  And a mallard (they weren't eating the mallard). 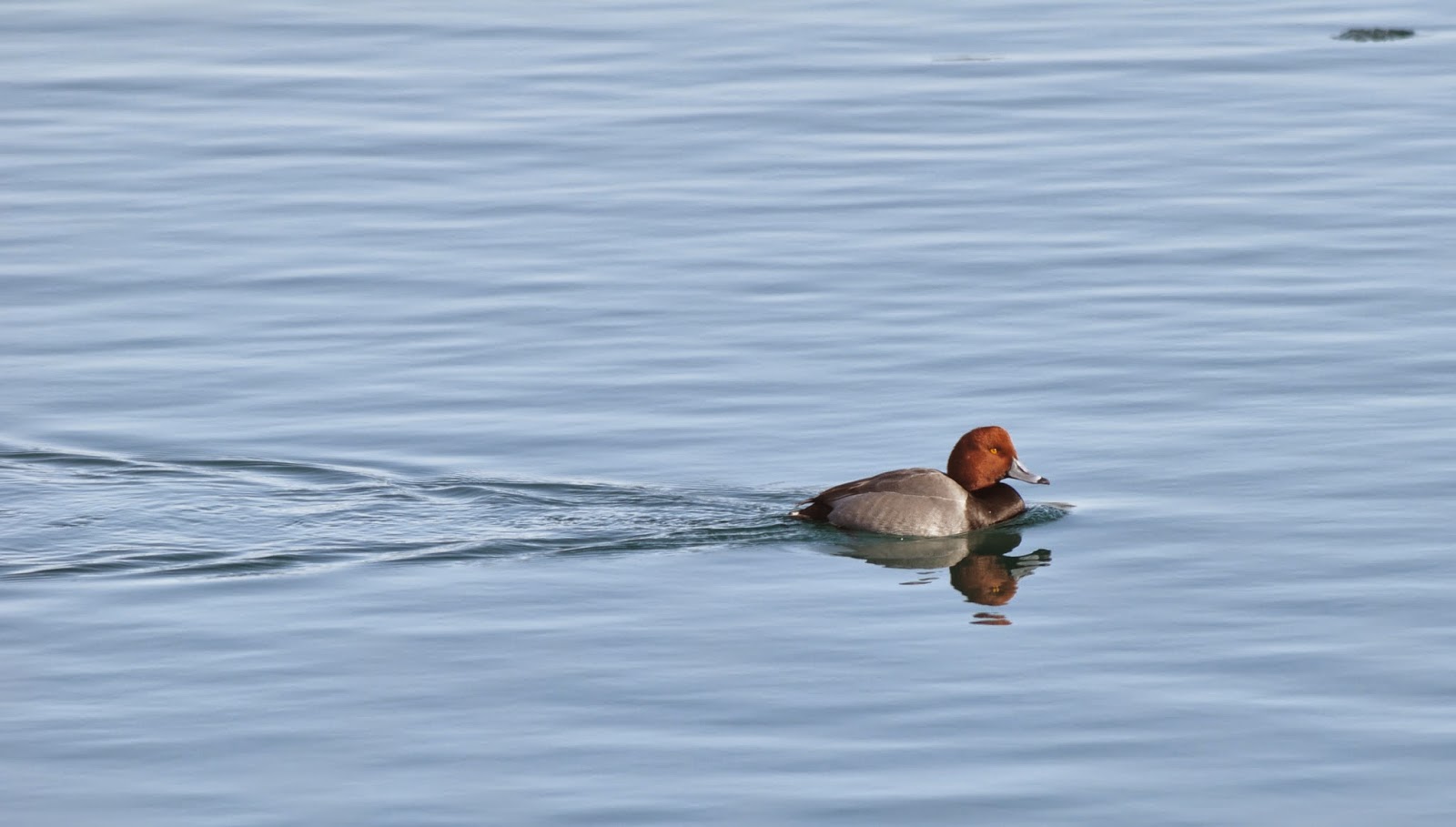 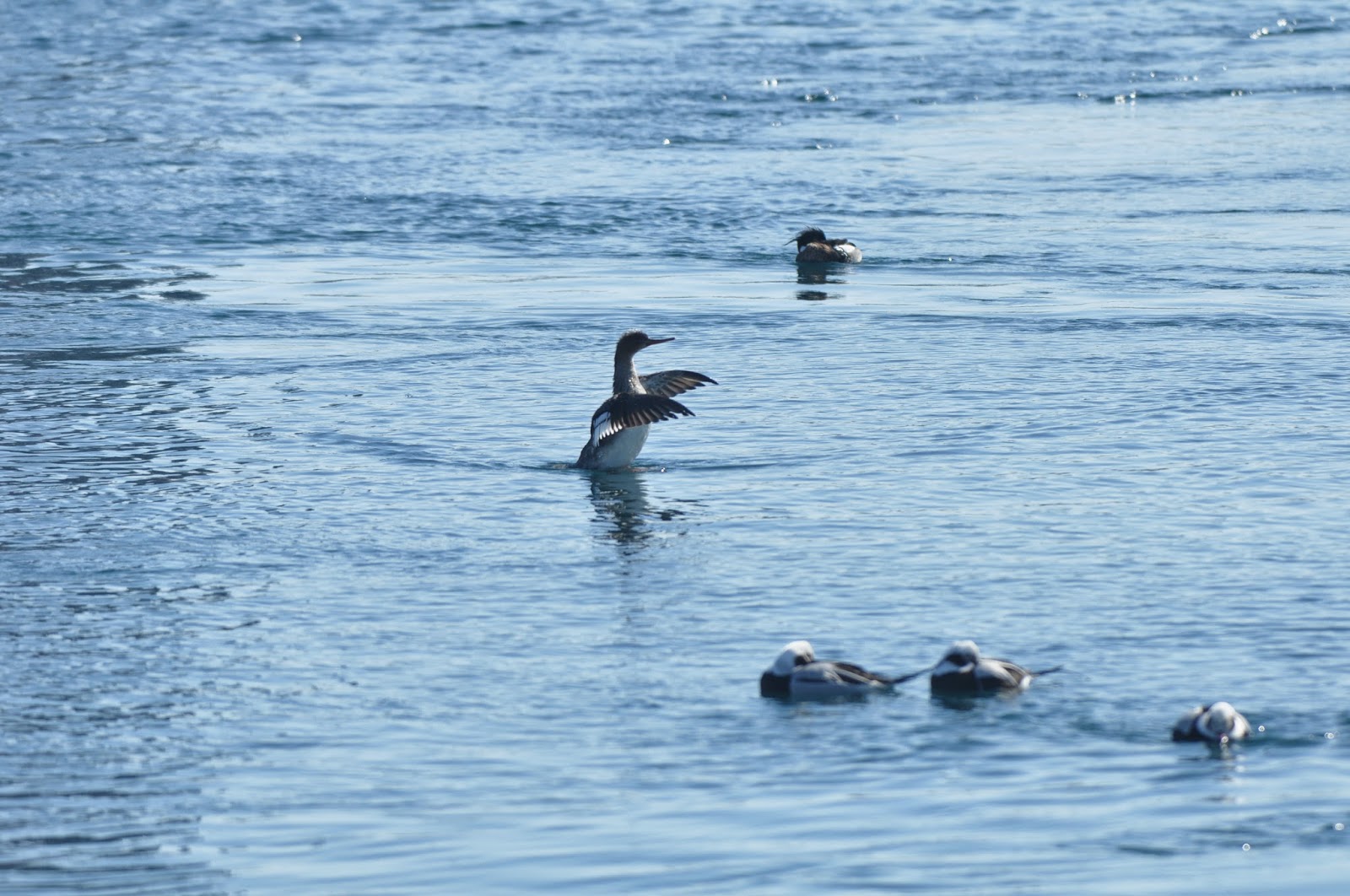 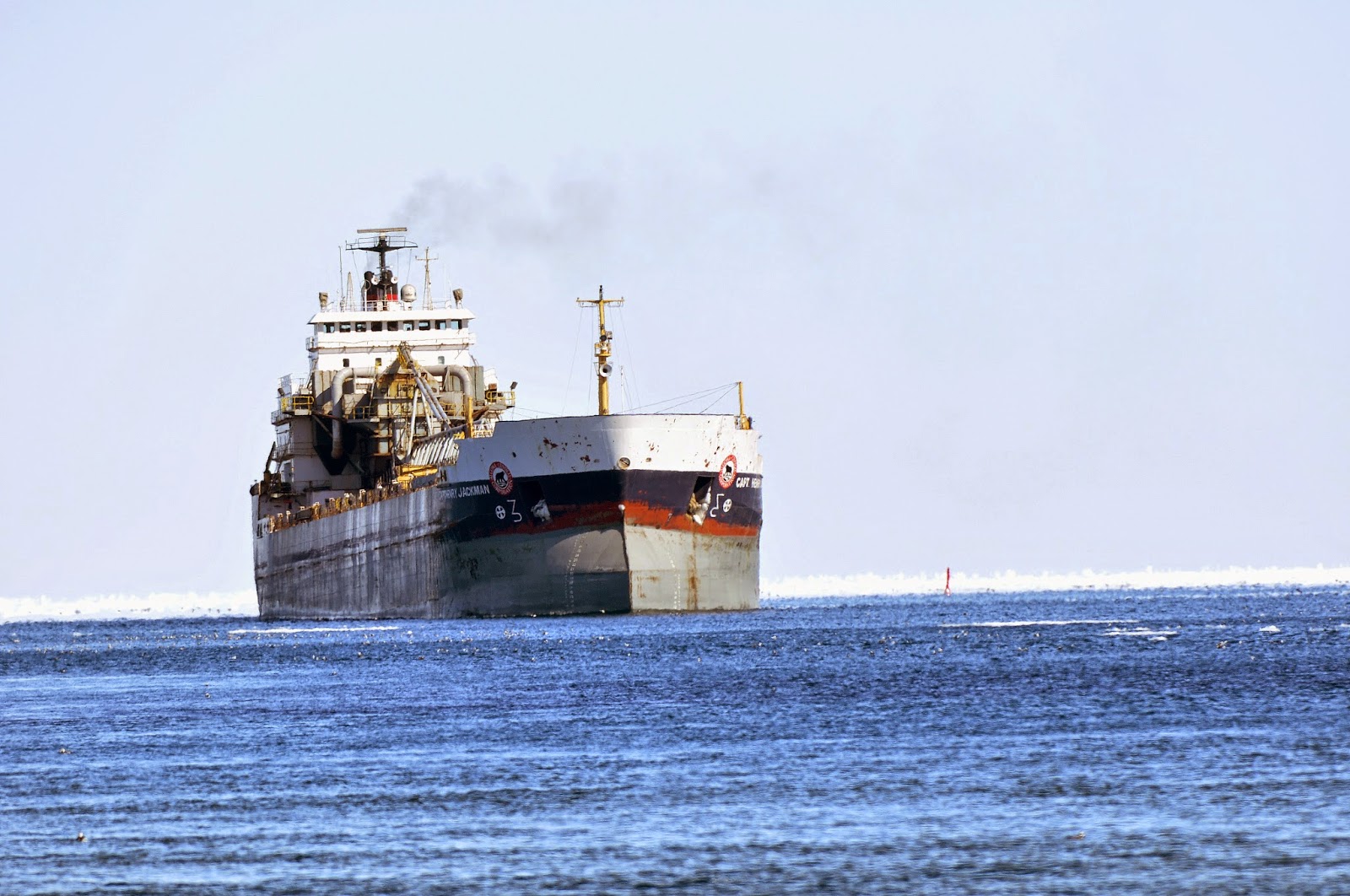 I thought this was just a freighter, but apparently it was an ice cutter!

Another find for the day was a female king eider, but she was too far away fro me to get any photos of her.  Got to see her through the scope, though, making her my second life bird this day!

Many thanks to Gary, Don and Robin for letting me tag along!

Posted by Ellen Rathbone at 3:14 PM