Monday morning we were expecting rain.  The rain never materialized, but the humidity was high.  Because we had flip-flopped a couple days, today was going to be a museum day, starting at the Adirondack Museum in Blue Mt. Lake and visiting the Wild Center in the afternoon.  Plans change.

Our morning started with a wonderful sighting of a pair of luna moths on the side of the motel.  For some of our group, these were life list insects.  We watched the pair mating for quite some time, and finally we had to be on our way.  The next morning all we found were two wings in the grass.  Hopefully the female was able to lay some eggs somewhere. 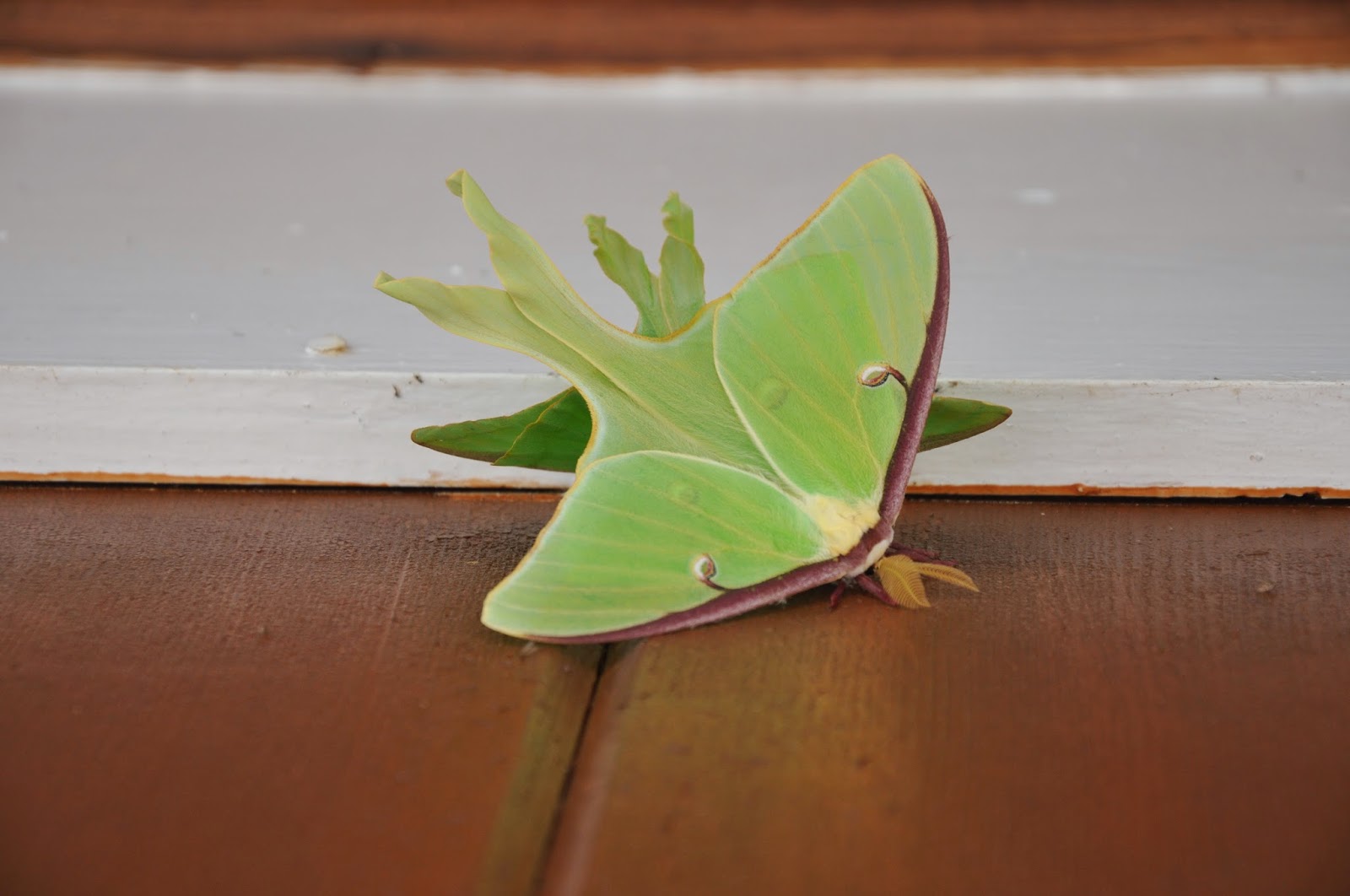 Because the Blue Ridge Falls had been such a hit the day before, I decided to swing by Buttermilk Falls in Long Lake on our way to the museum.  Water levels were a bit low, so the rush over the rocks was not as impressive as it could be. 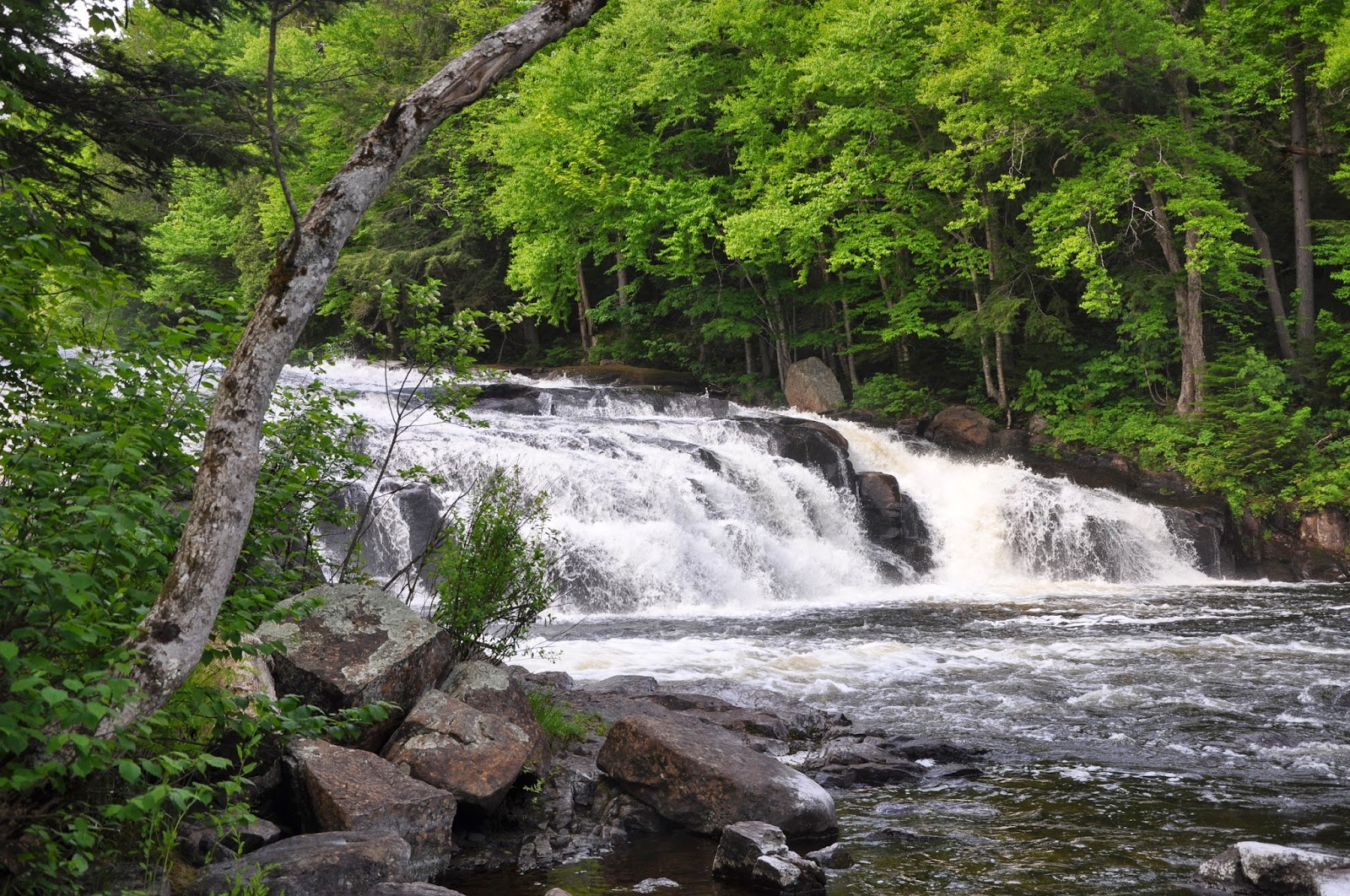 Gary and Paul pose next to the river just above the falls. 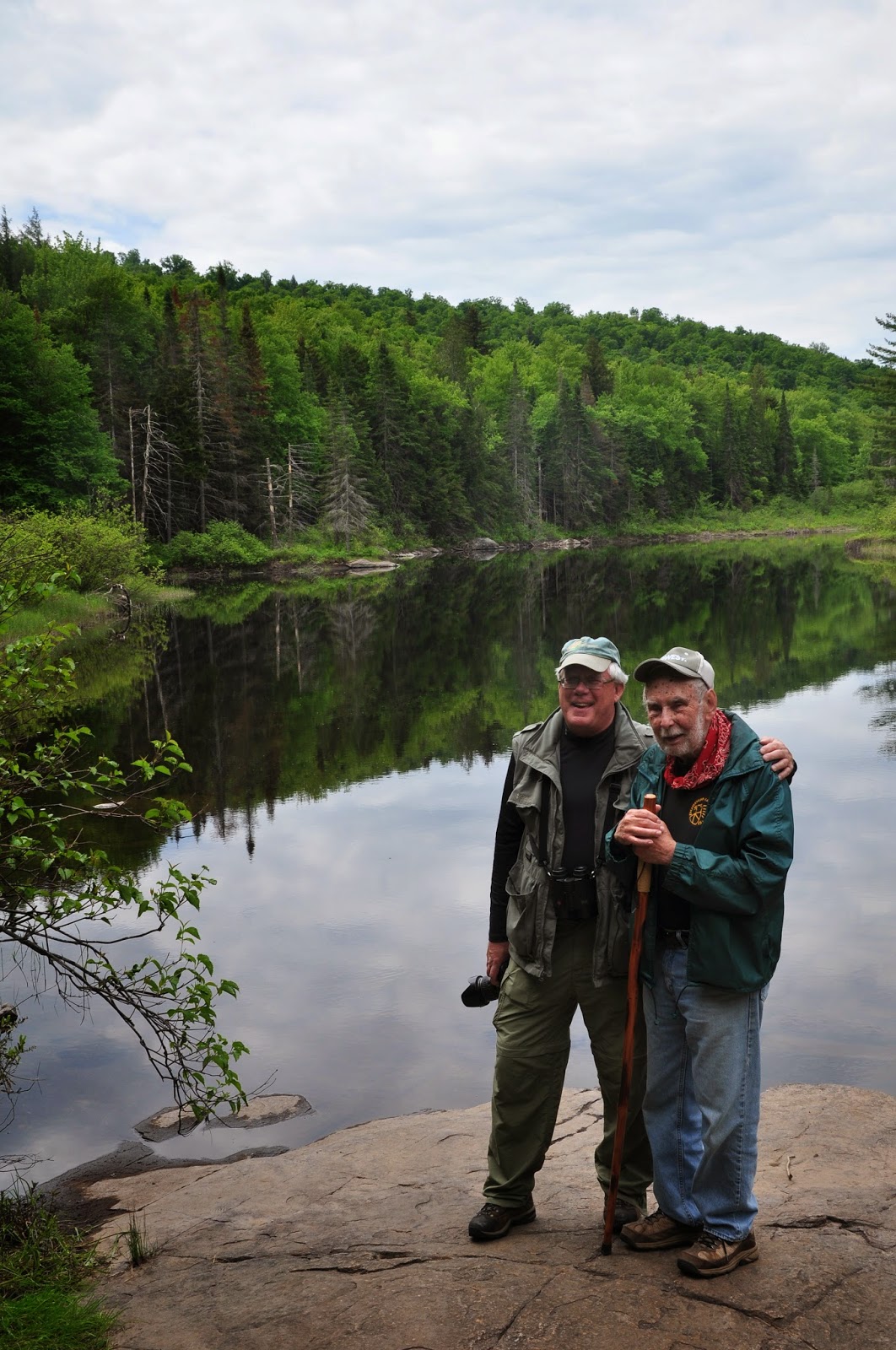 The Adirondack Museum is known internationally, and for some folks requires a full three days to visit.  We, however, only had about three hours to spend here. 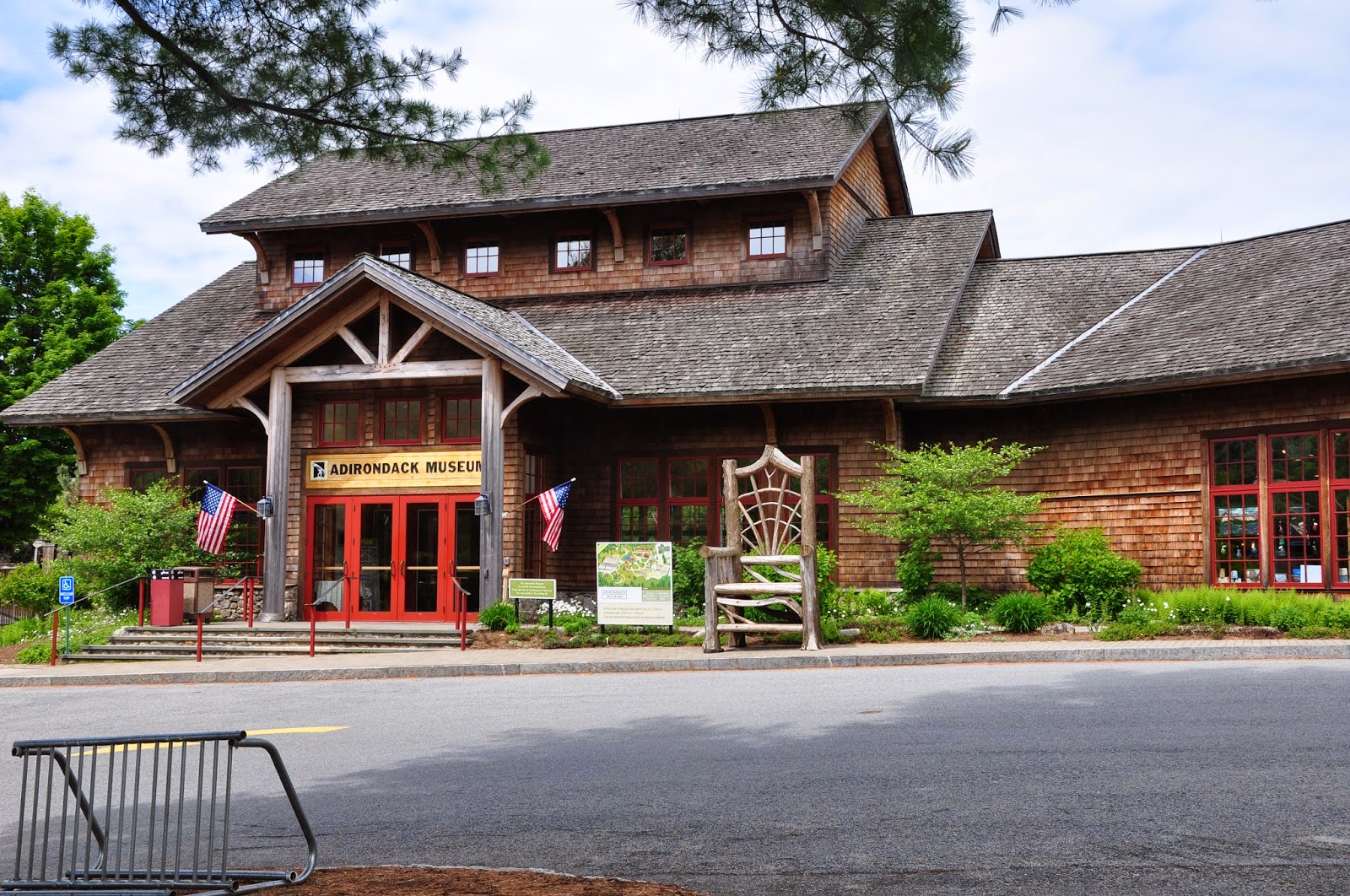 Of course, I had to have the group sit in the big chair. 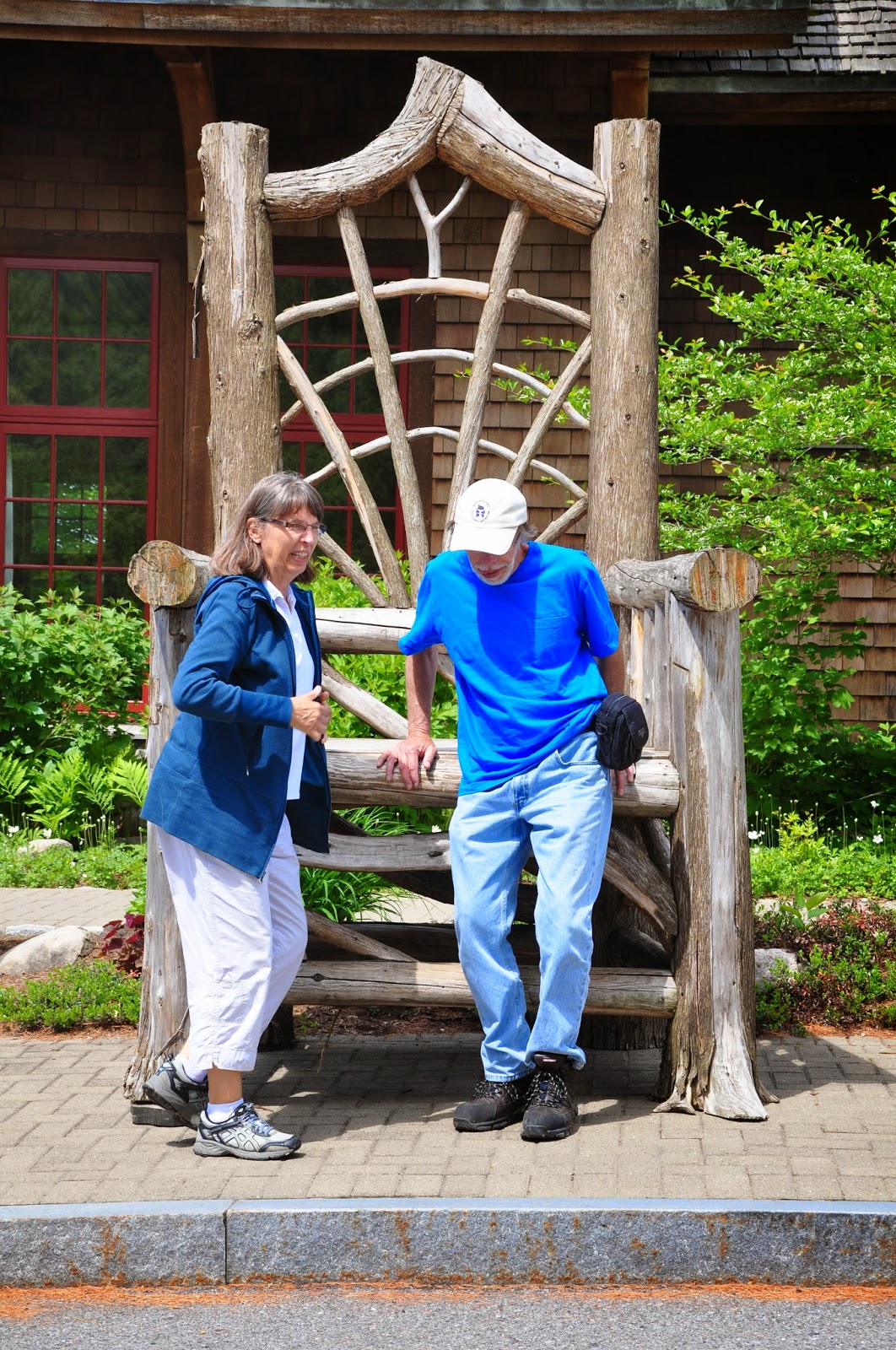 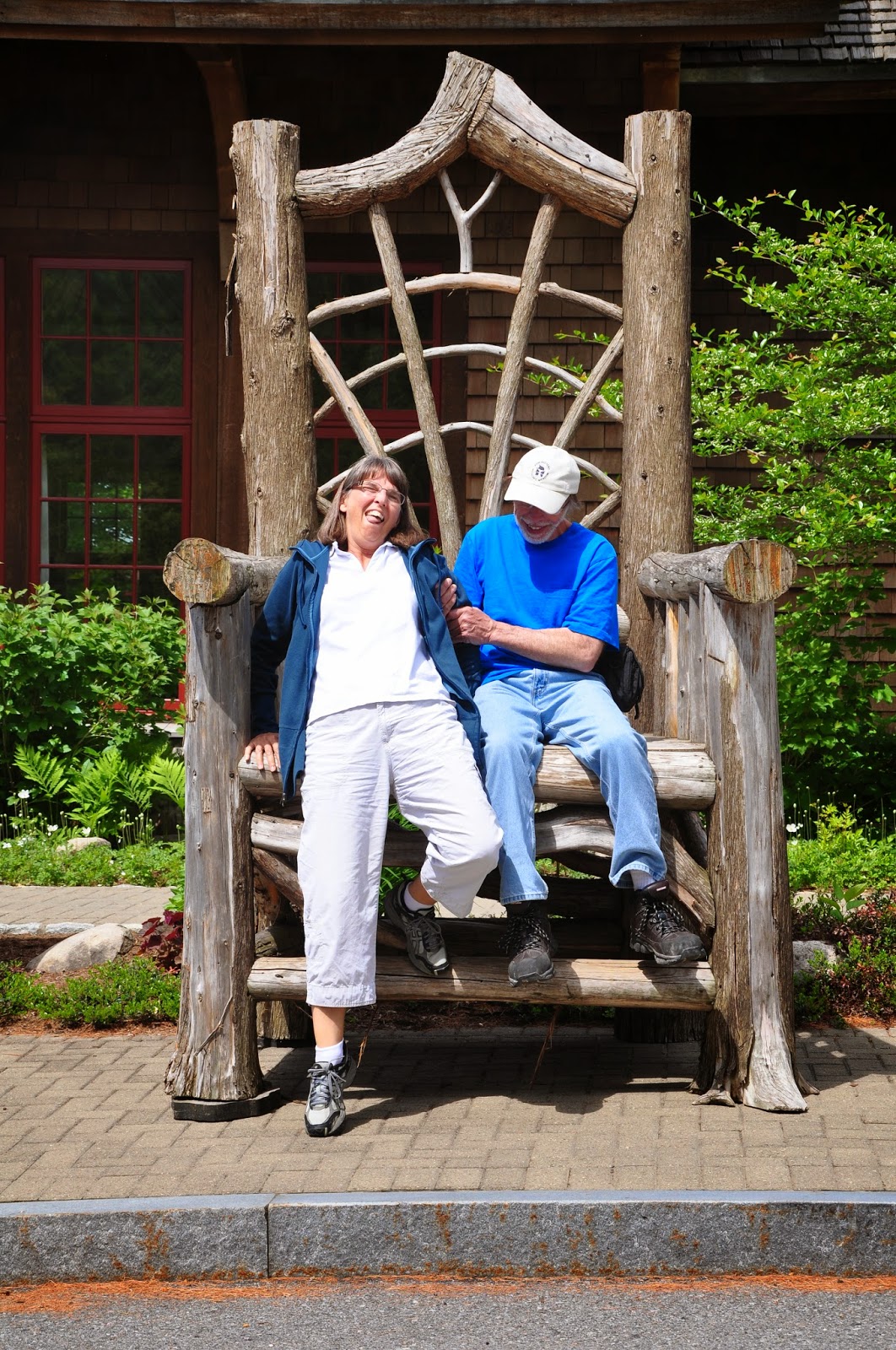 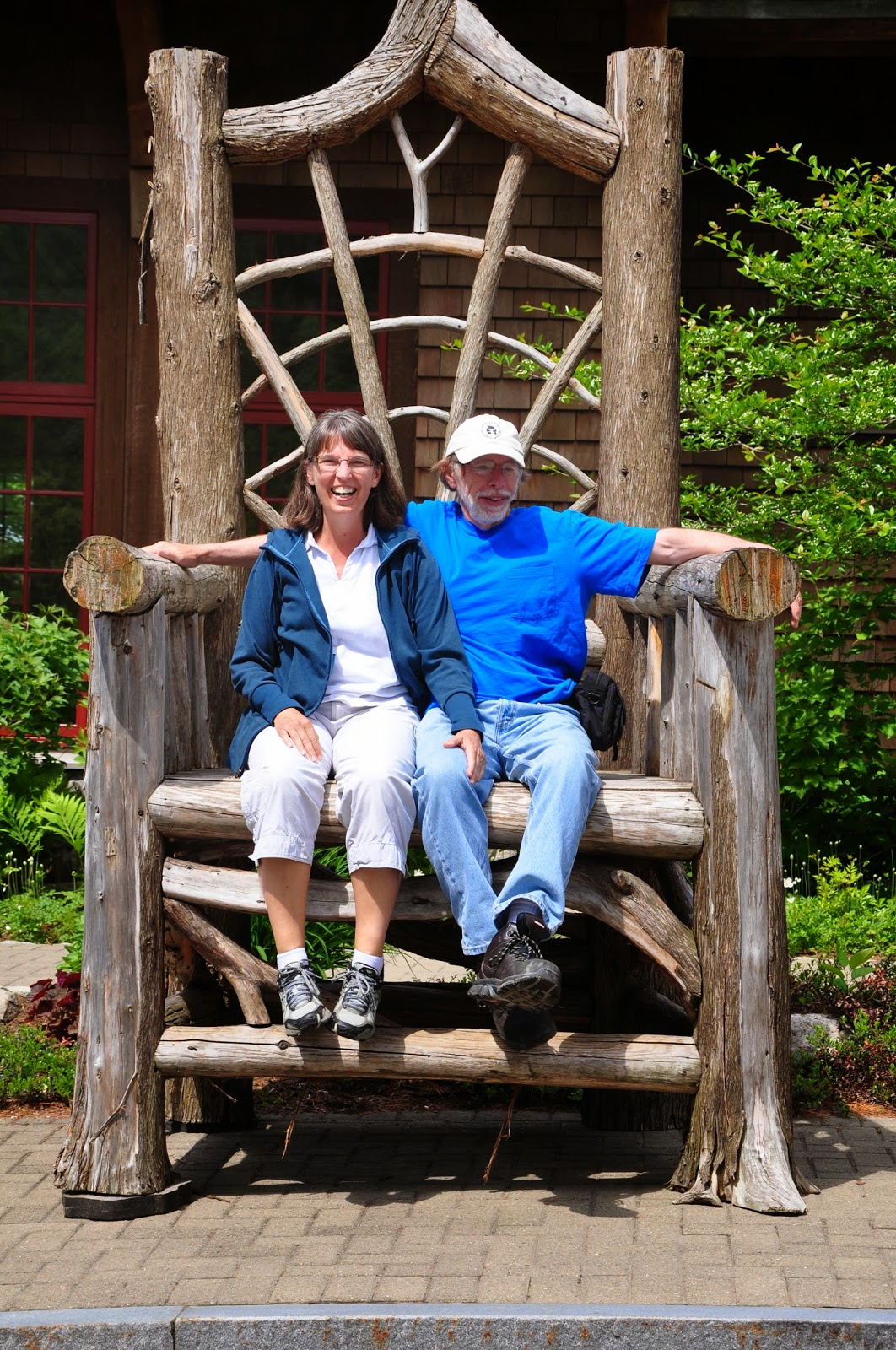 I think every time I visit I take a photo of Gordon the Guide - it's just such a great sculpture! 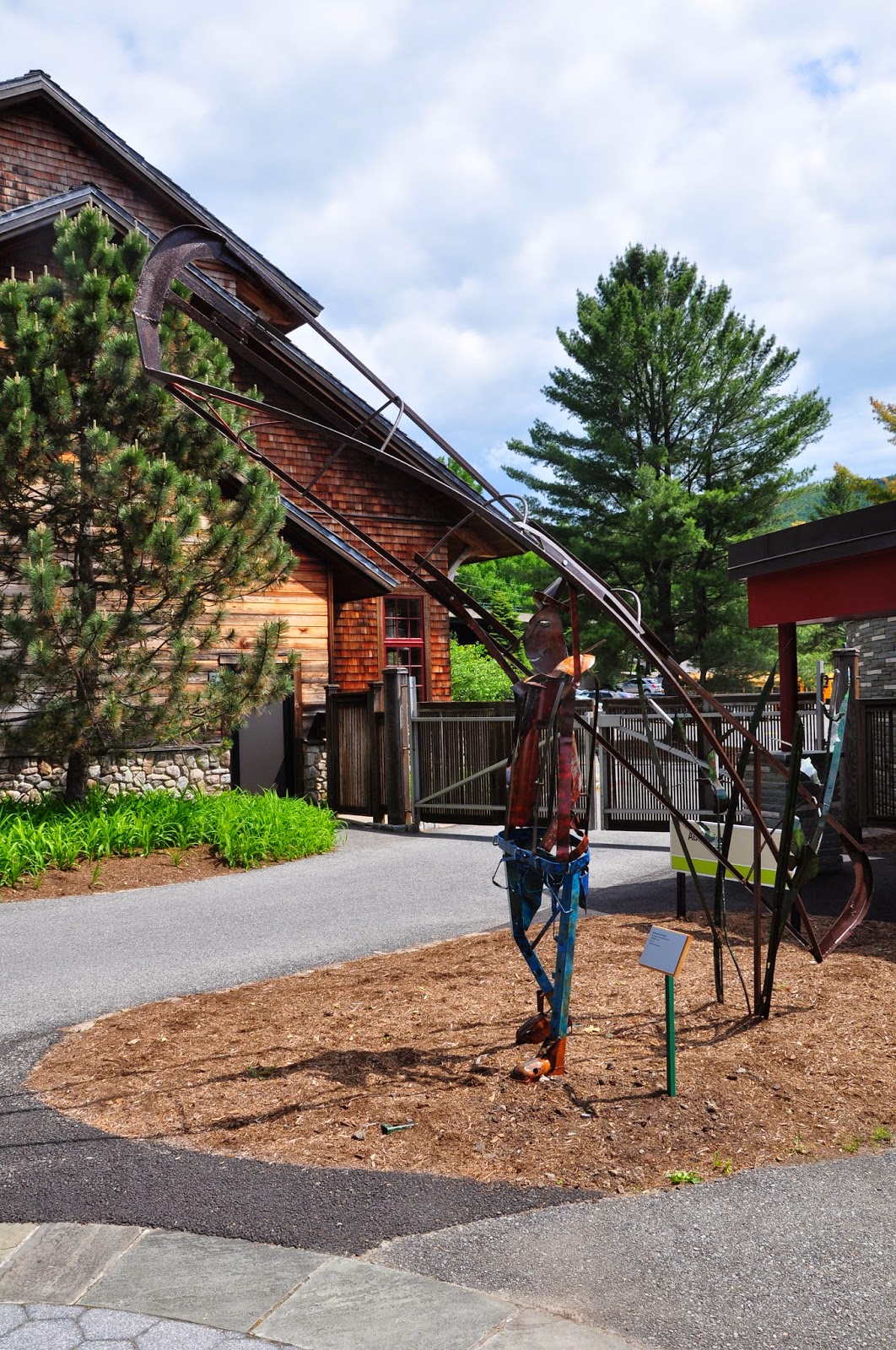 One of our group was very excited about the first boat he saw.  As soon as I saw the name on the motor, he said, I knew what it was! 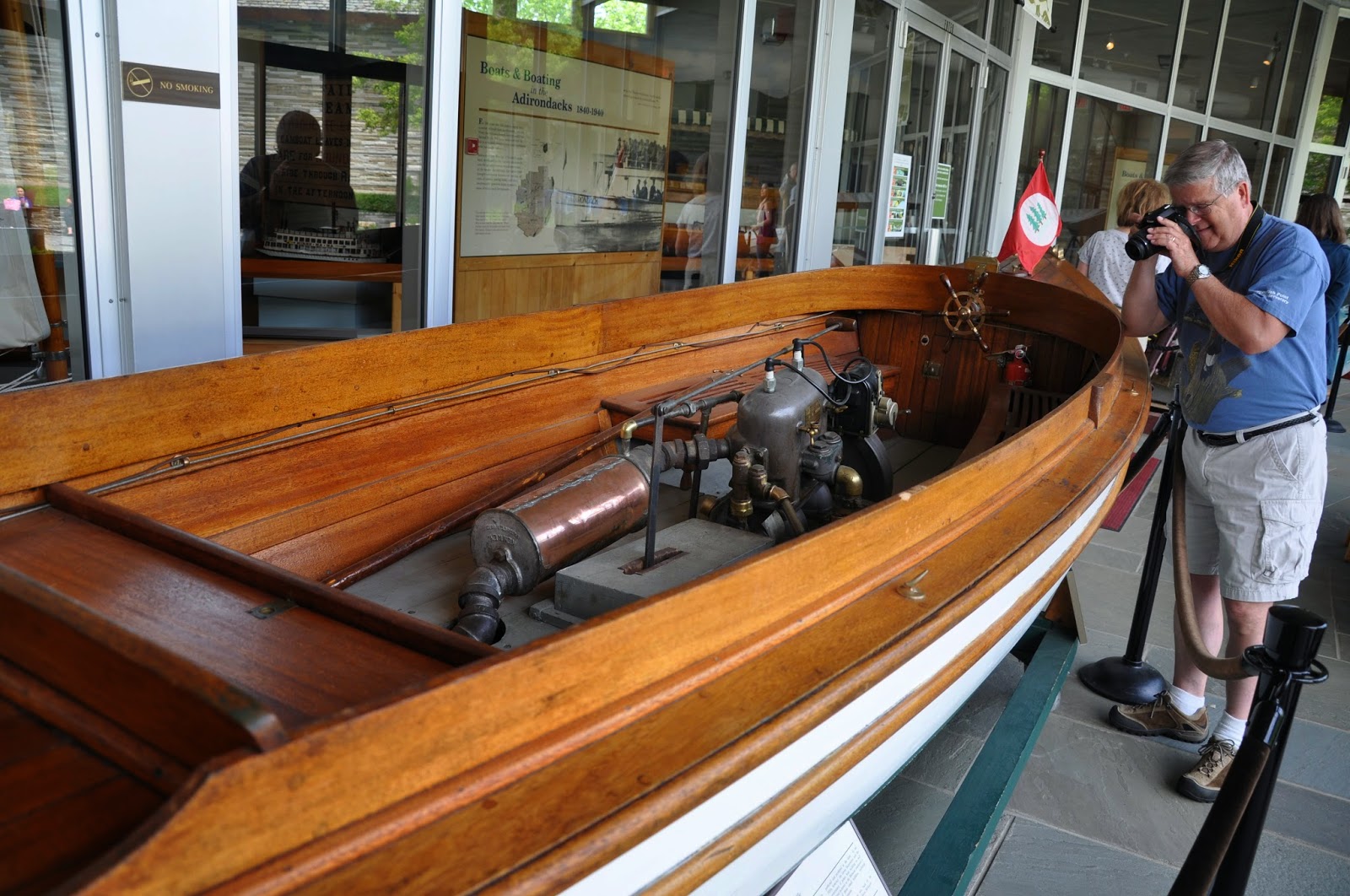 This motor was made in Jackson, MI - where we had all come from just a week before! 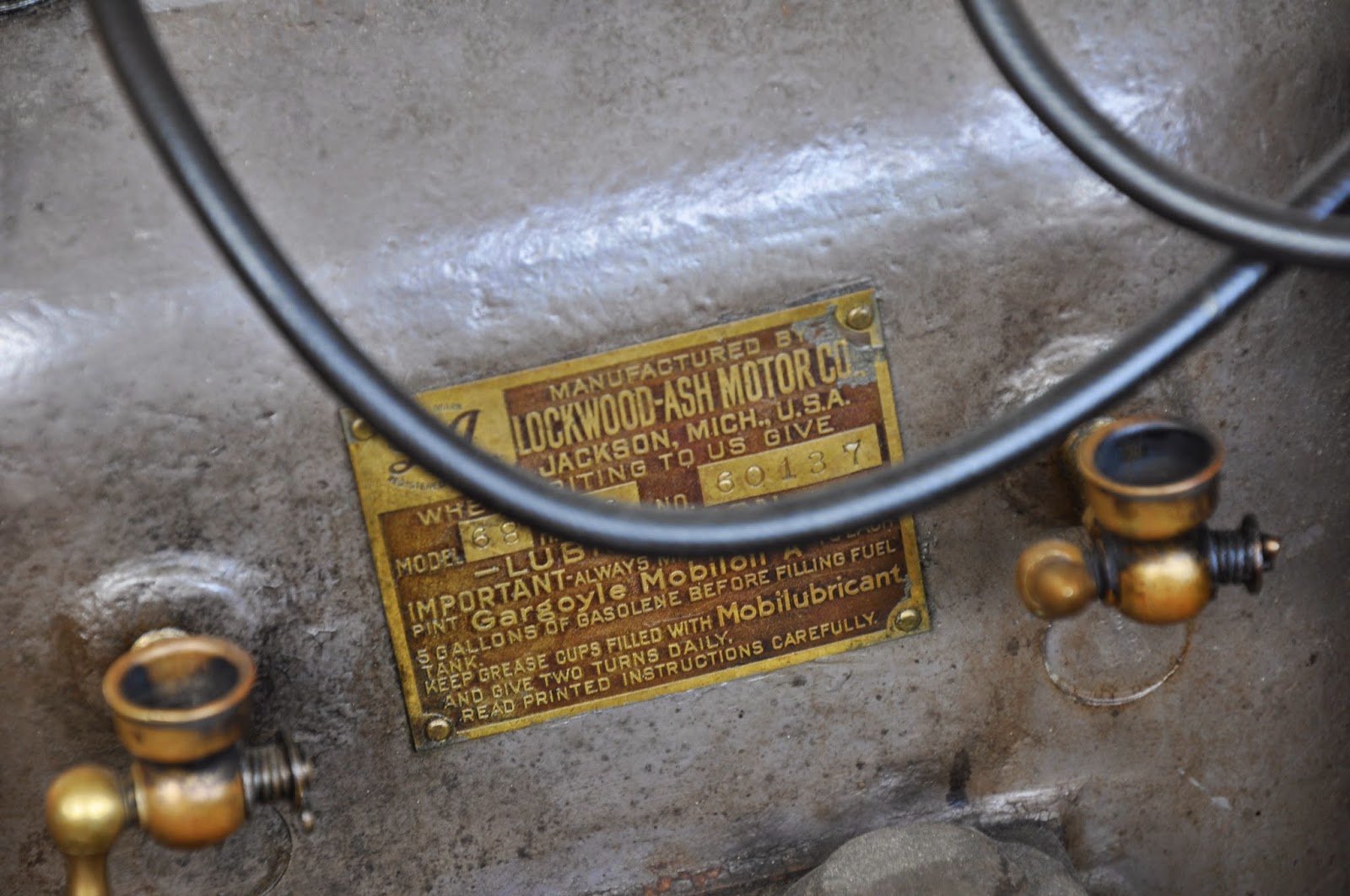 I confess I left the group to wander on their own - see what they wanted to see - while I checked out some of my favorites. 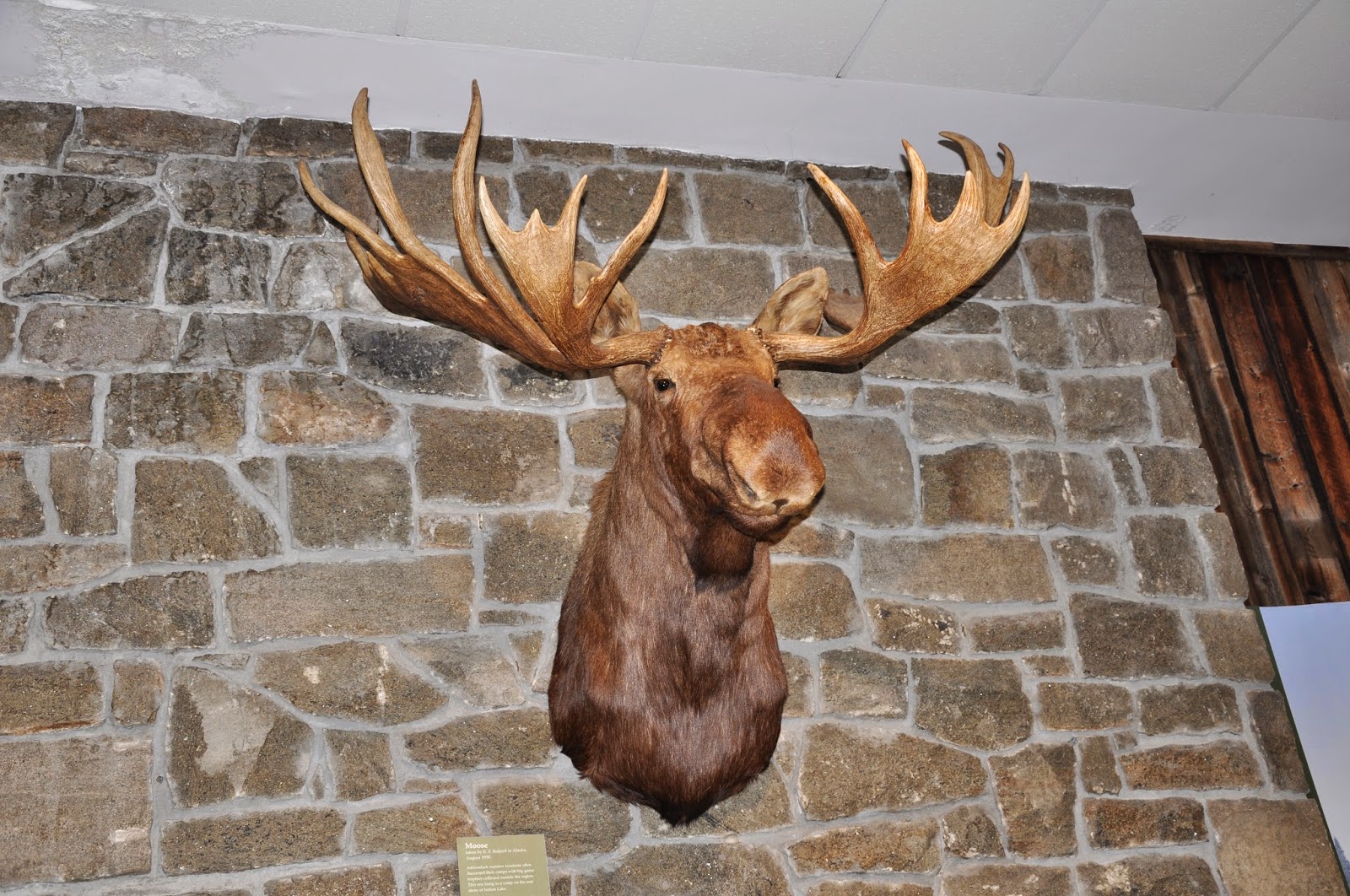 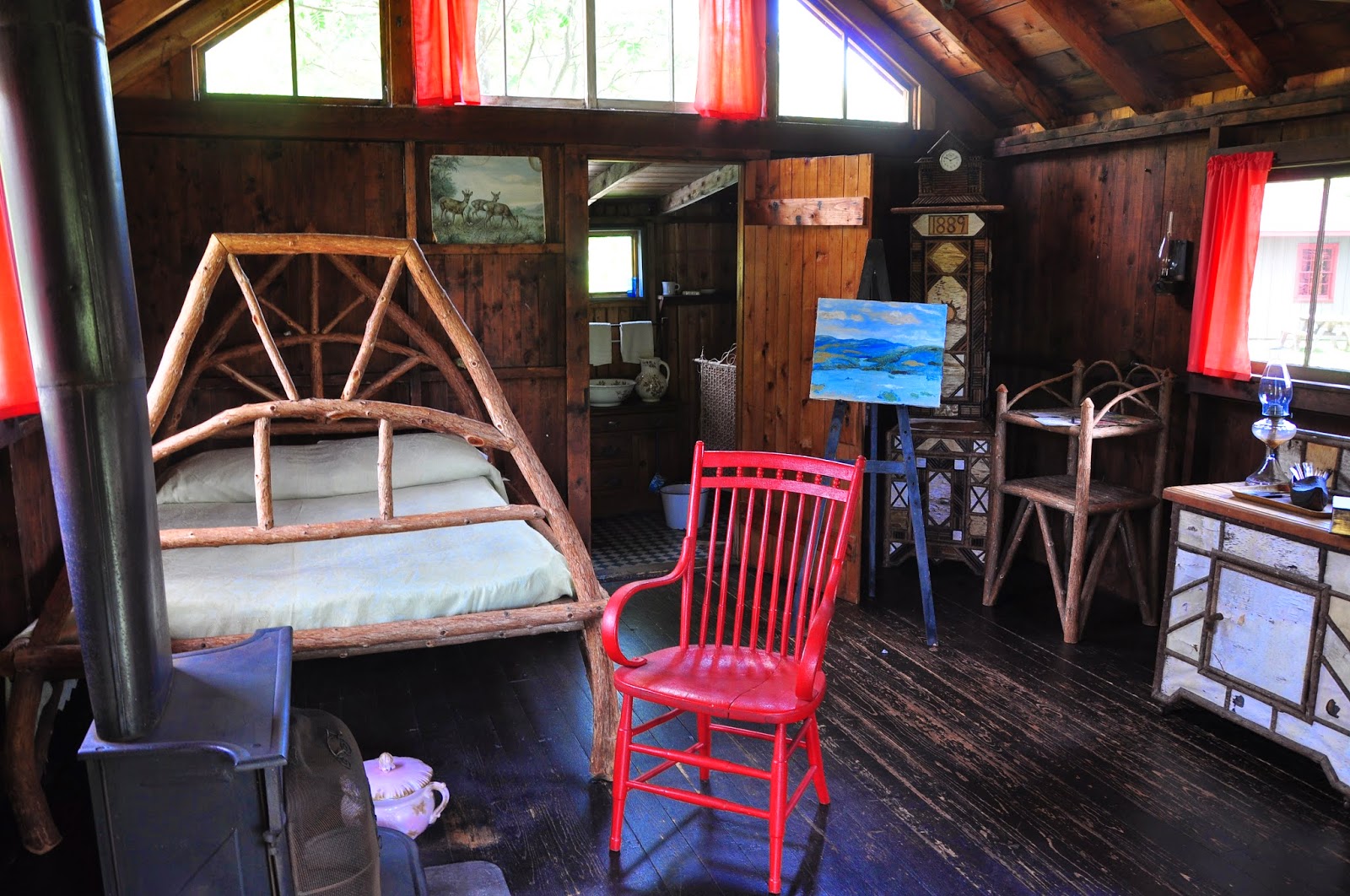 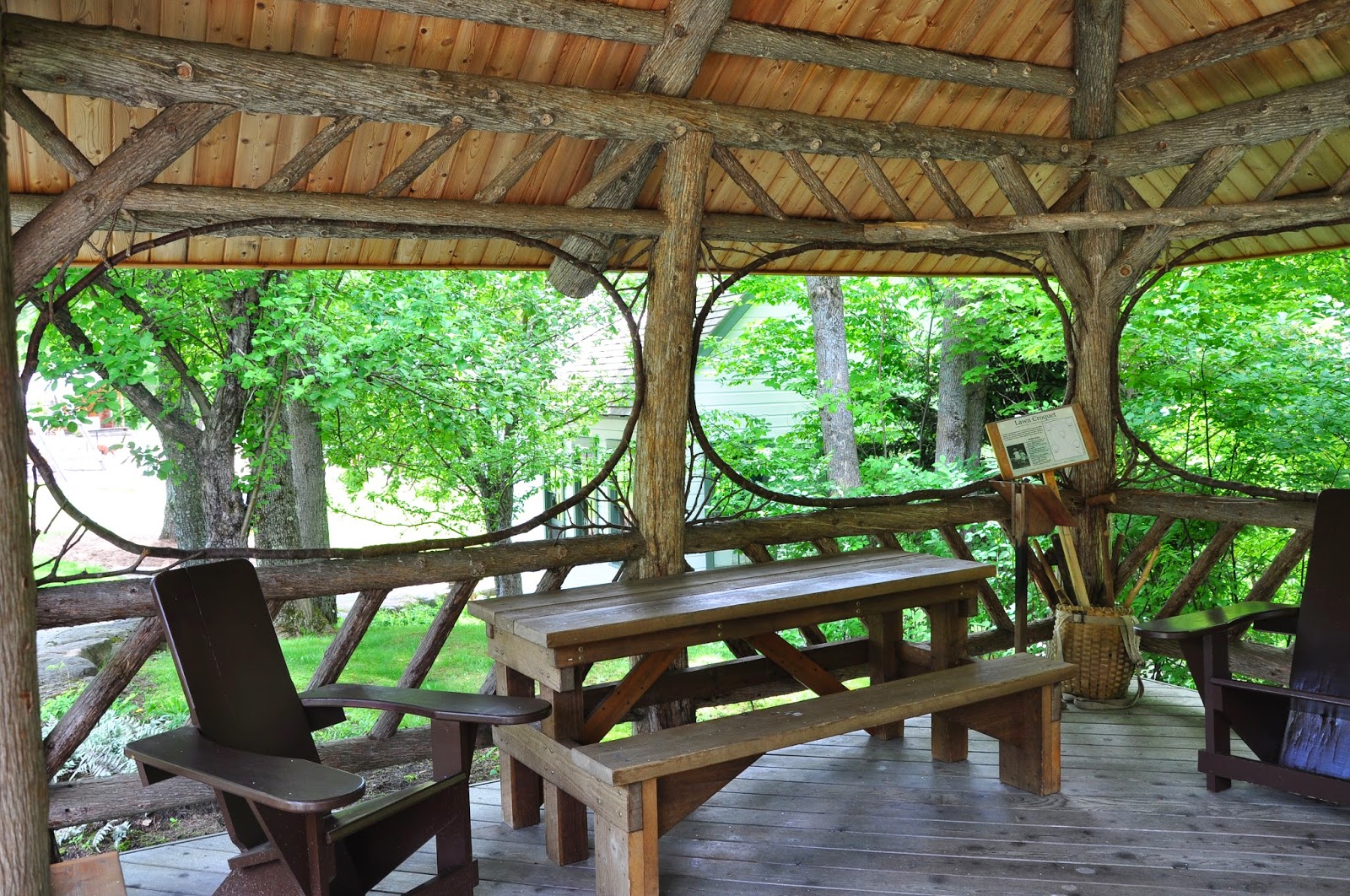 Glaucous honeysuckle - a stunning native plant, and one of my favorites, which I now know thanks to my friend Jackie introducing it to me about five years ago. 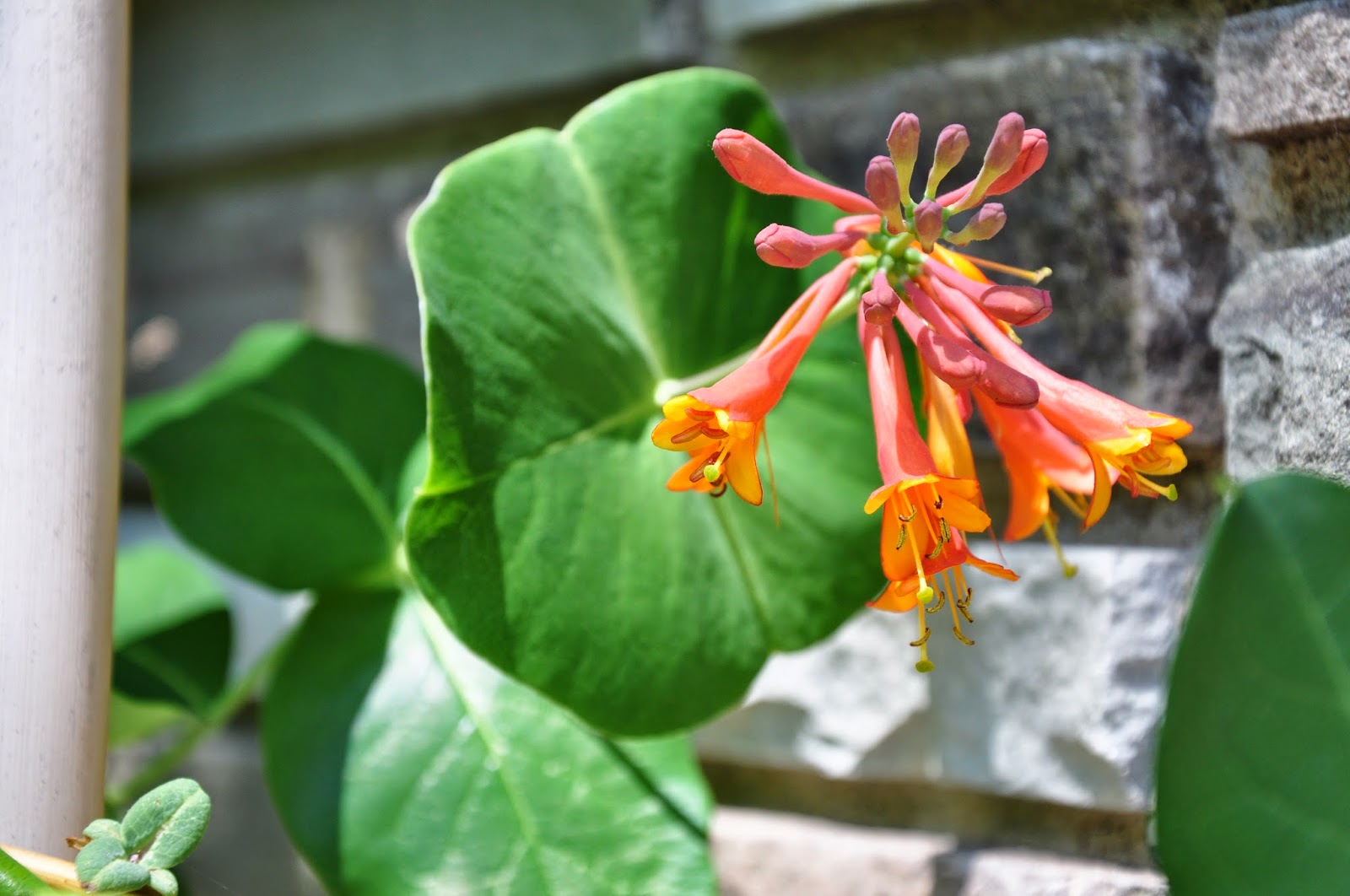 View of Blue Mt. Lake from the cafe.  Probably one of the most photographed views in the Park. 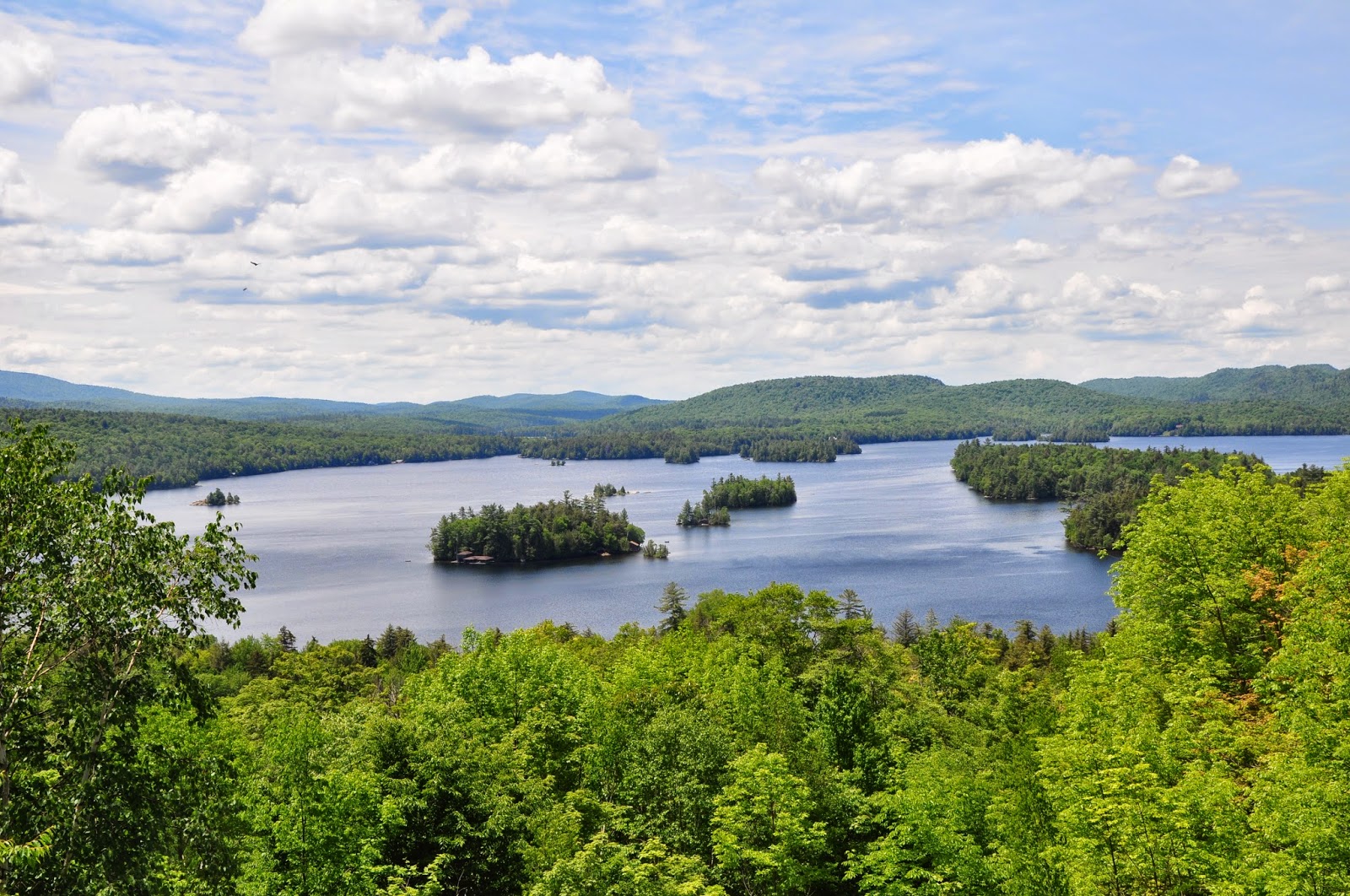 After we left the museum, there were decisions to be made.  By now the day had cleared - it wasn't going to rain.  Did we want to try Bloomingdale Bog again for the boreal chickadee, or go to the Wild Center?  Six of our group chose the natural history museum, while the rest of us headed back to the bog. 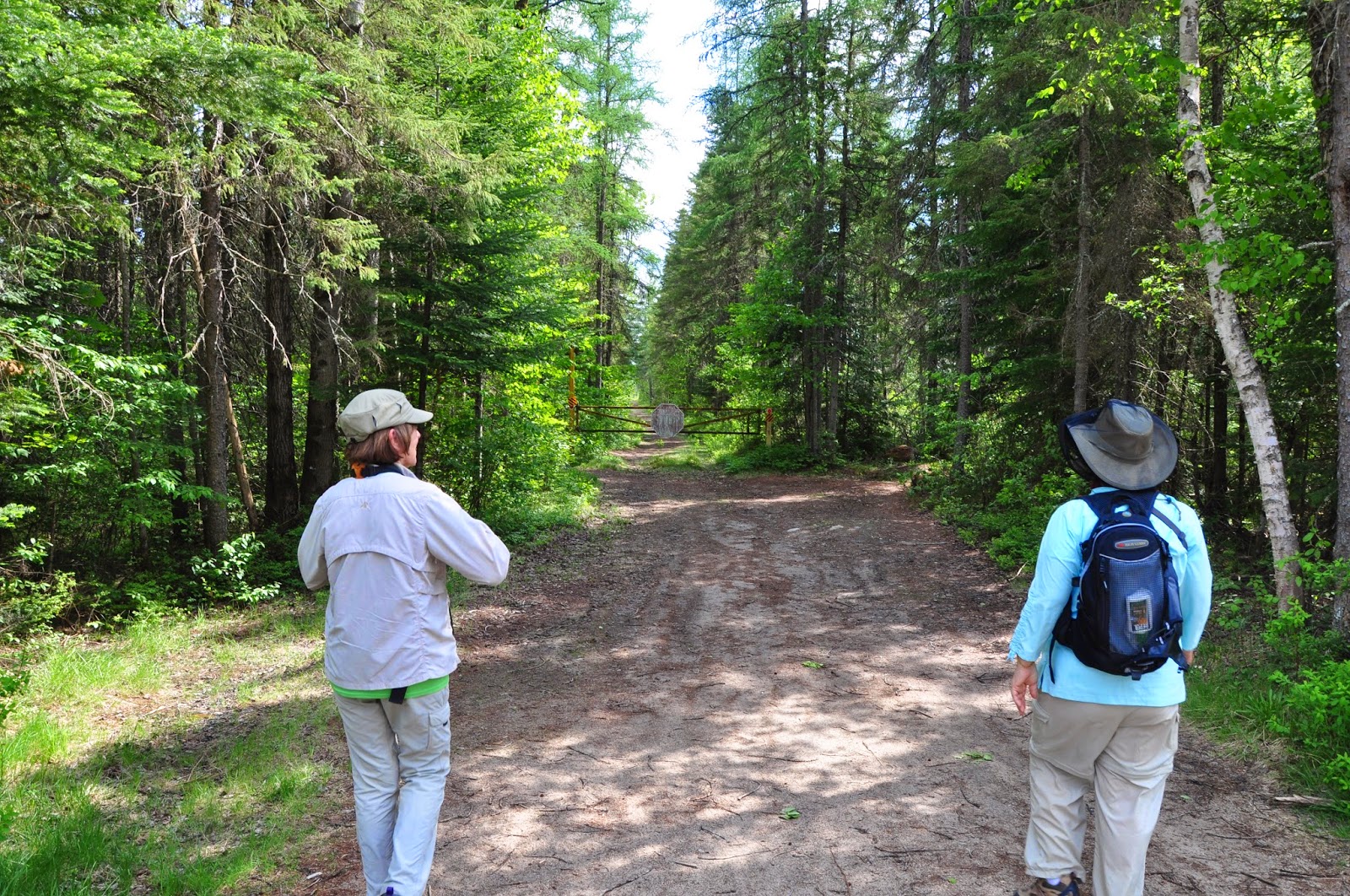 Again, lots and lots of cotton grass in bloom! 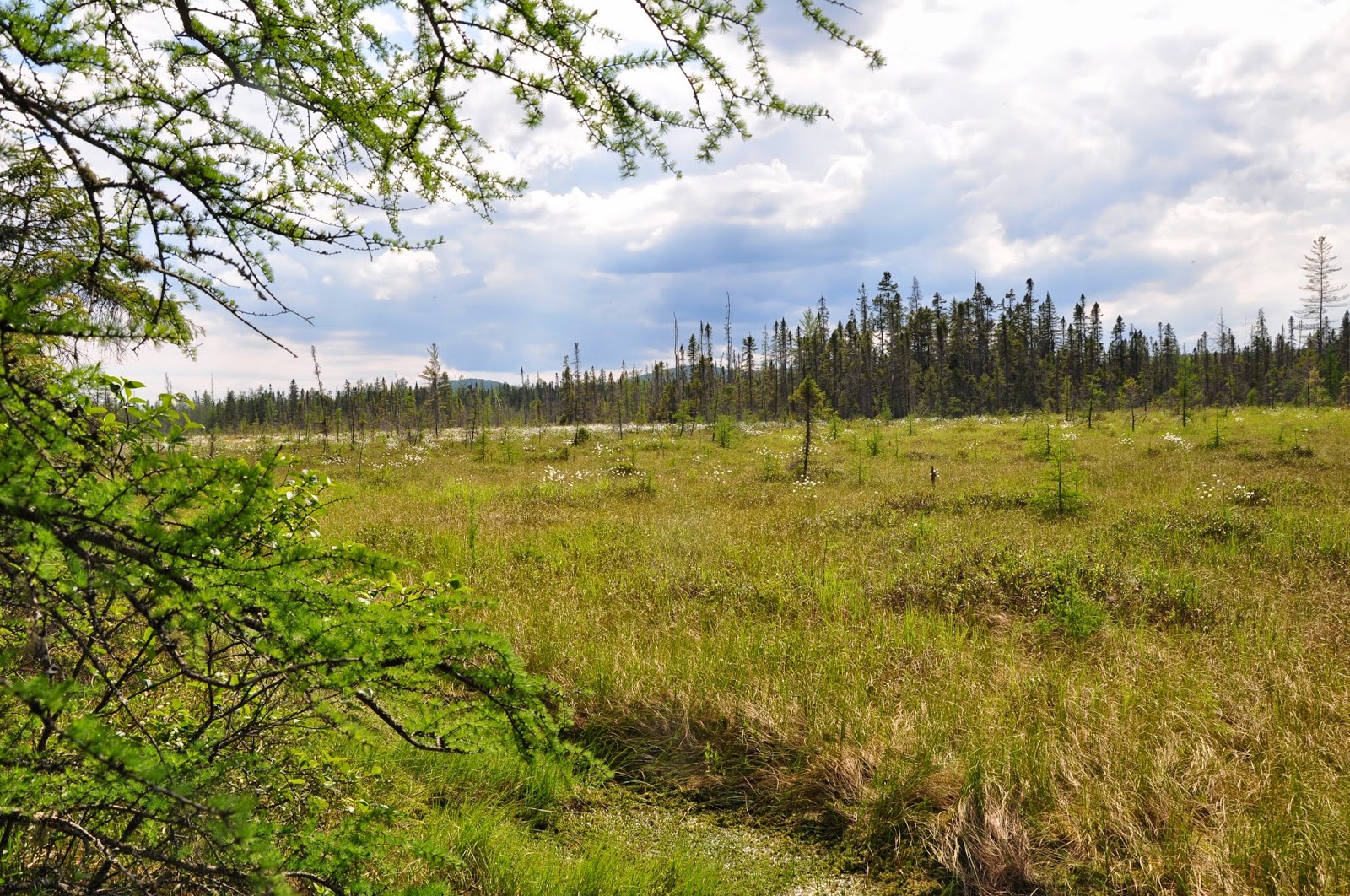 The group that came out here on Saturday got some amazing photographs of the gray jays feeding from people's hands.  I sooooo wanted to do this.  Gary had some really high-end trail mix which he put out on the feeding station some people have put along the trail.  And we waited.  And waited and waited and waited.  It was about 2:00 in the afternoon...down time for birds.  Nothing was happening.  After we walked back down the trail, a crow finally flew in a grabbed a nut - that was as exciting as it got. 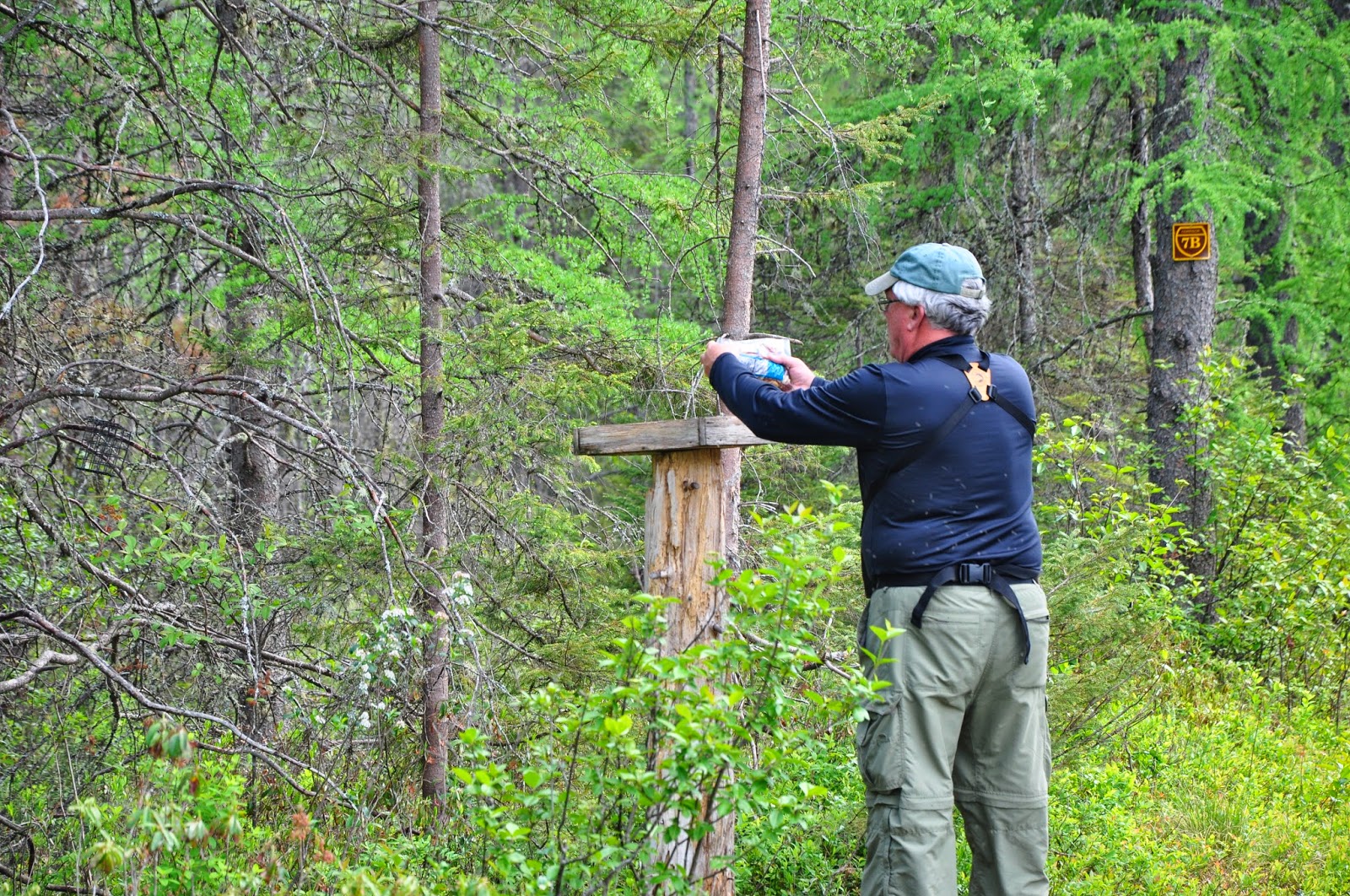 I did see some lovely dragonflies though, like this painted skimmer, 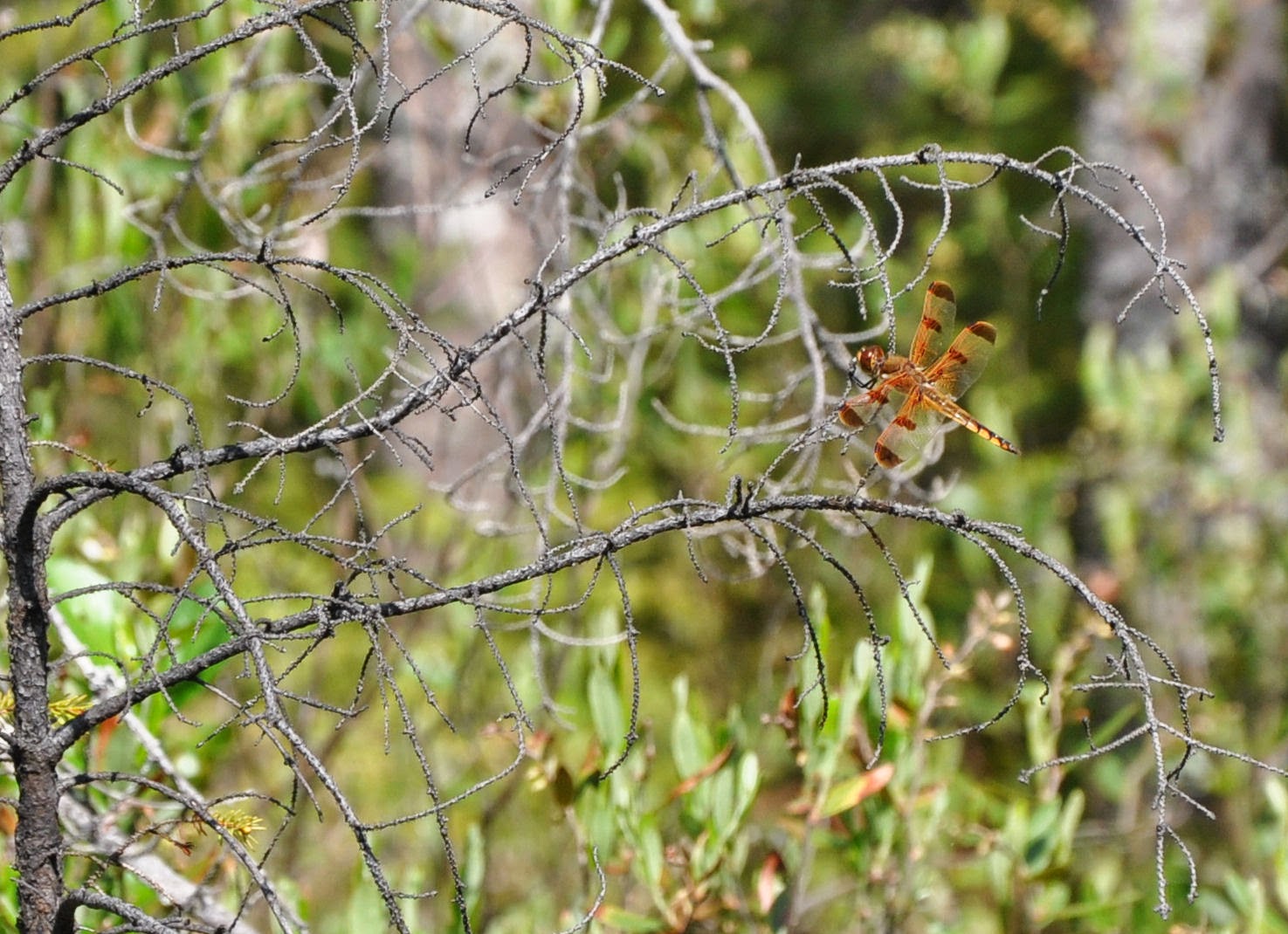 and this harpoon clubtail (thanks to Don Henise for ID help). 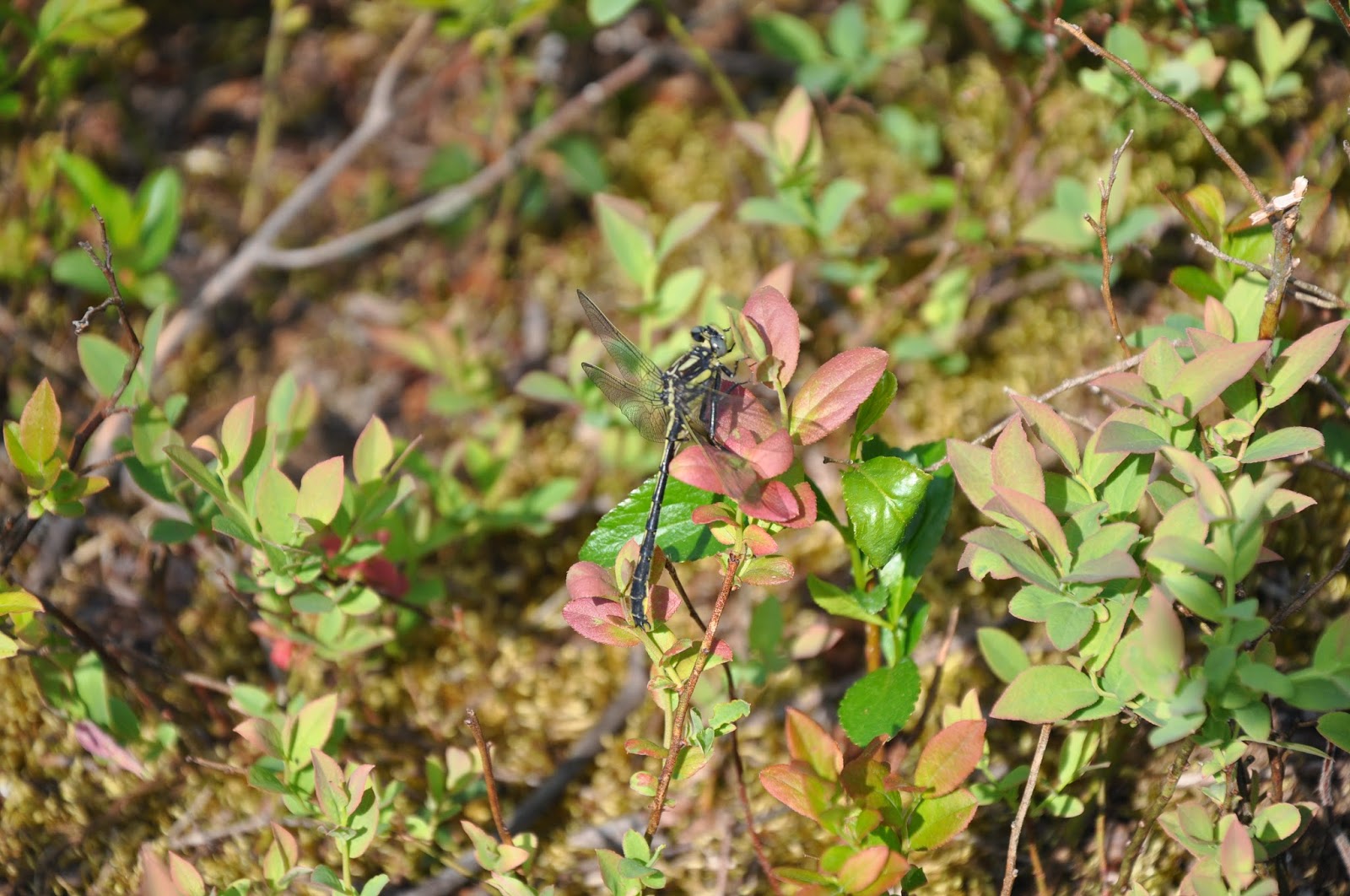 Now, if you very closely just slightly left of center in this photograph, you will see a small splash of yellow-orange.  That is the crown of a golden-crowned kinglet.  It was flitting around in the trees above us, back and forth across the trail, agitated by the call one of our group was playing of a kinglet.  This bird thought his territory had been invaded. 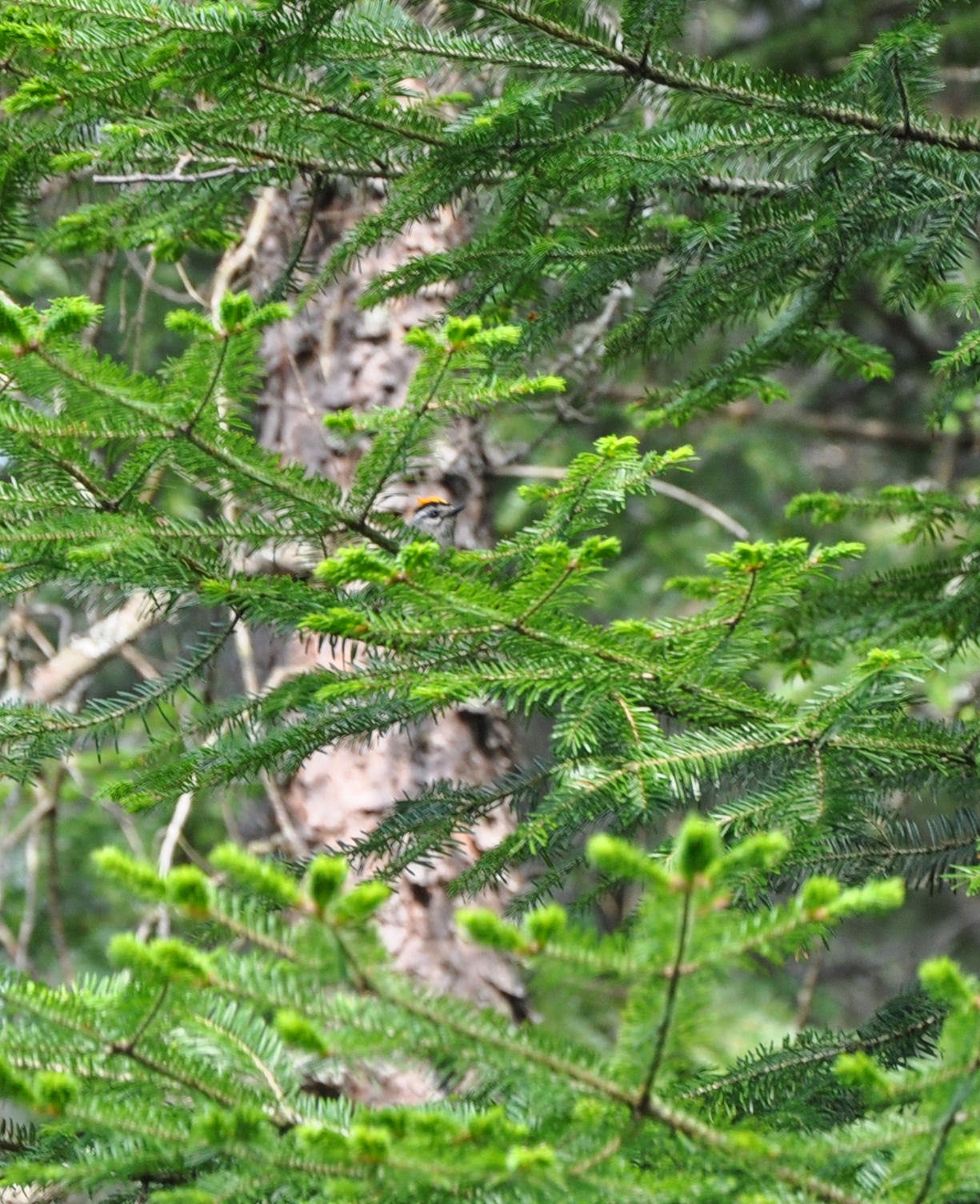 We left the trail and drove through Bloomindale to another road that crossed the trail a bit to the north - more wooded.  Here was where the boreal chickadee could "always" be found.  So far our seeker was 0 for 2.  This was his third and final try to find the bird. 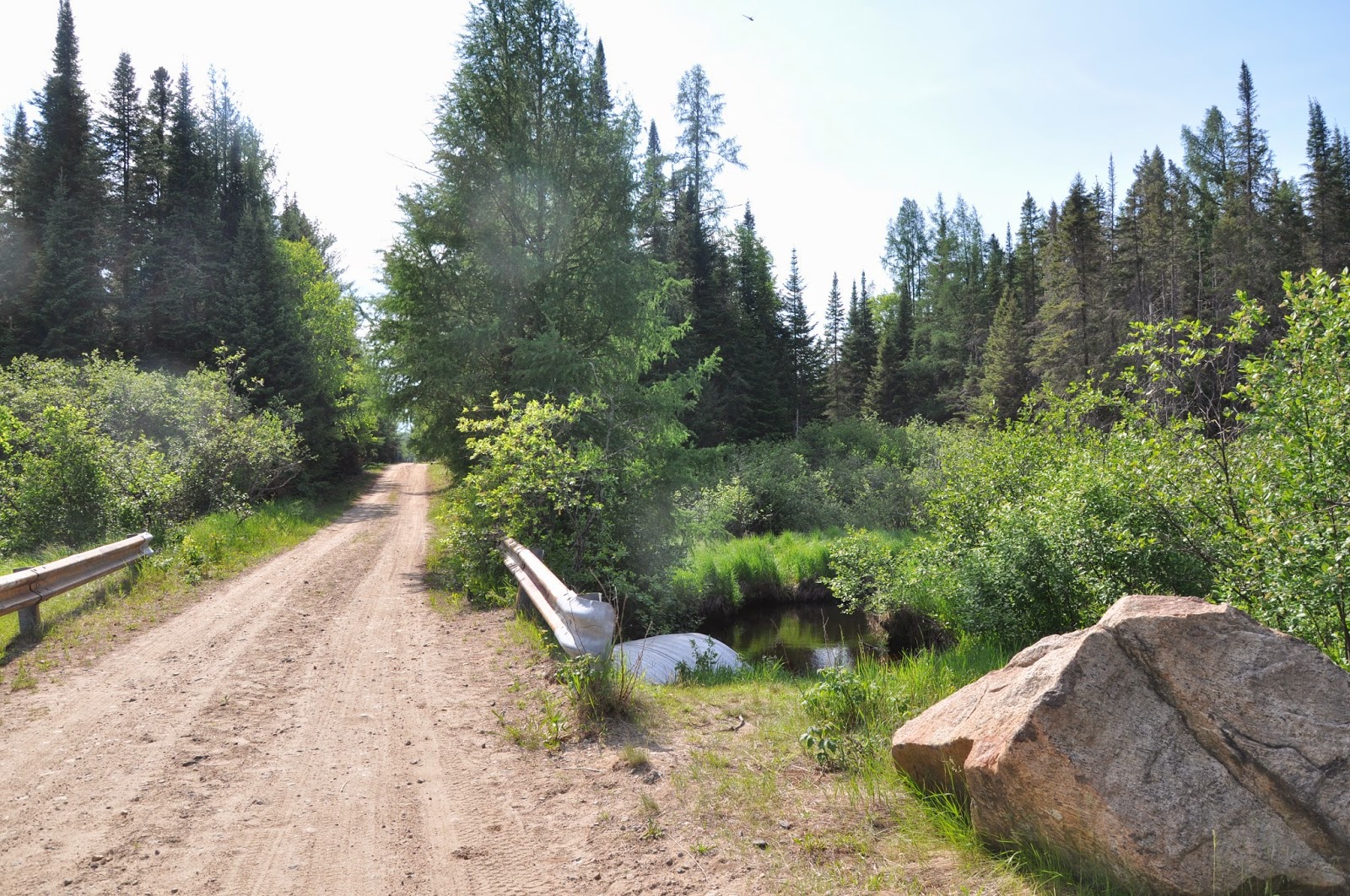 We played the boreal chickadee's call; we played a recording of chickadees mobbing a screech owl.  We listened, we looked.  We thought we heard a boreal, but never saw it. 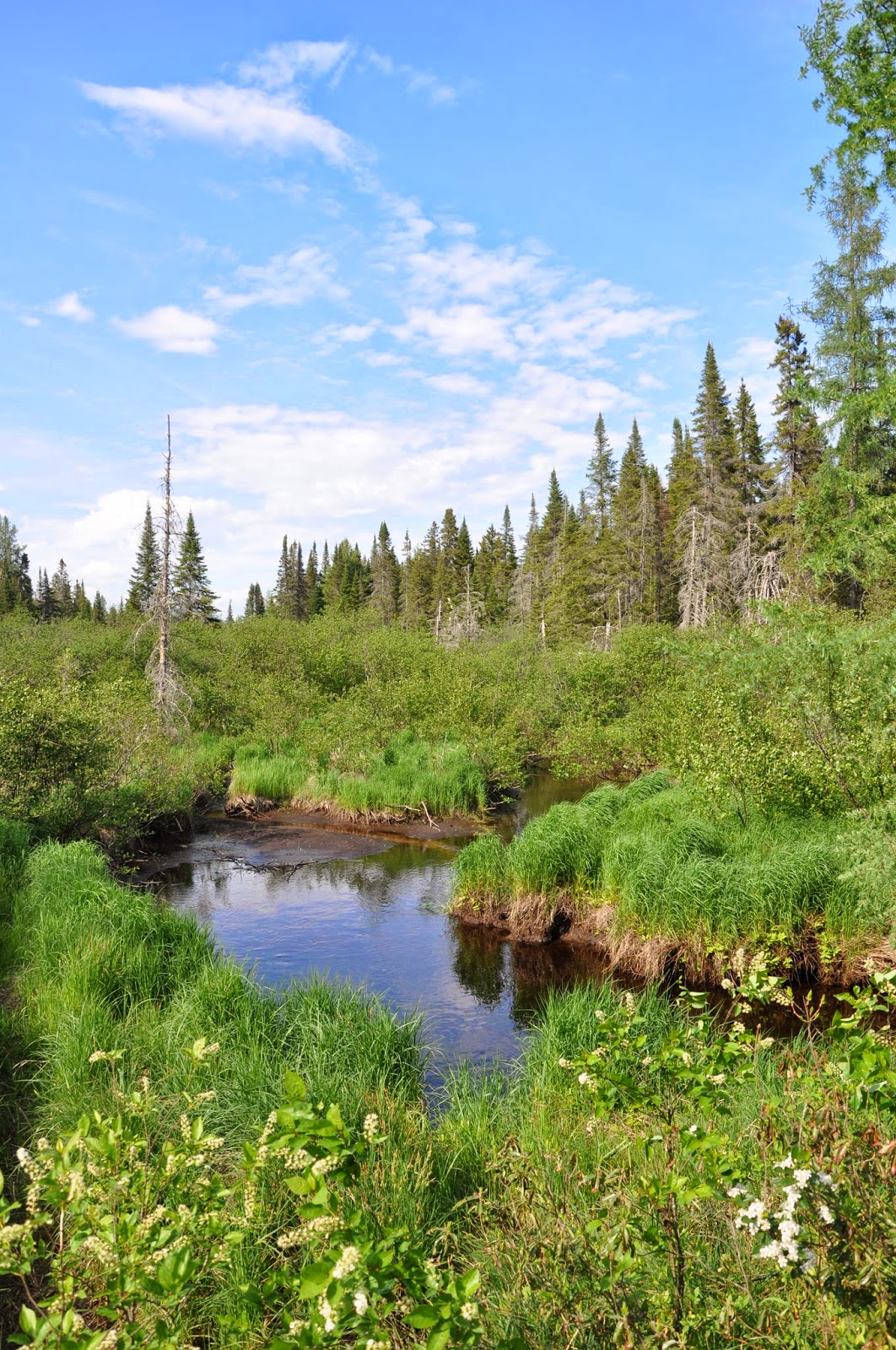 We drove further up the road...there was rumor of a black-backed woodpecker.  The road was VERY challenging (as hard as it is to believe, it was worse than the one into Spring Pond Bog), but we found the log that supposedly pointed to the bird's nest, and sure enough, we found not only the hole, but the female was at home and two or three times poked her head out to see what all the fuss was about.  You can just make her out at the center of this photo. 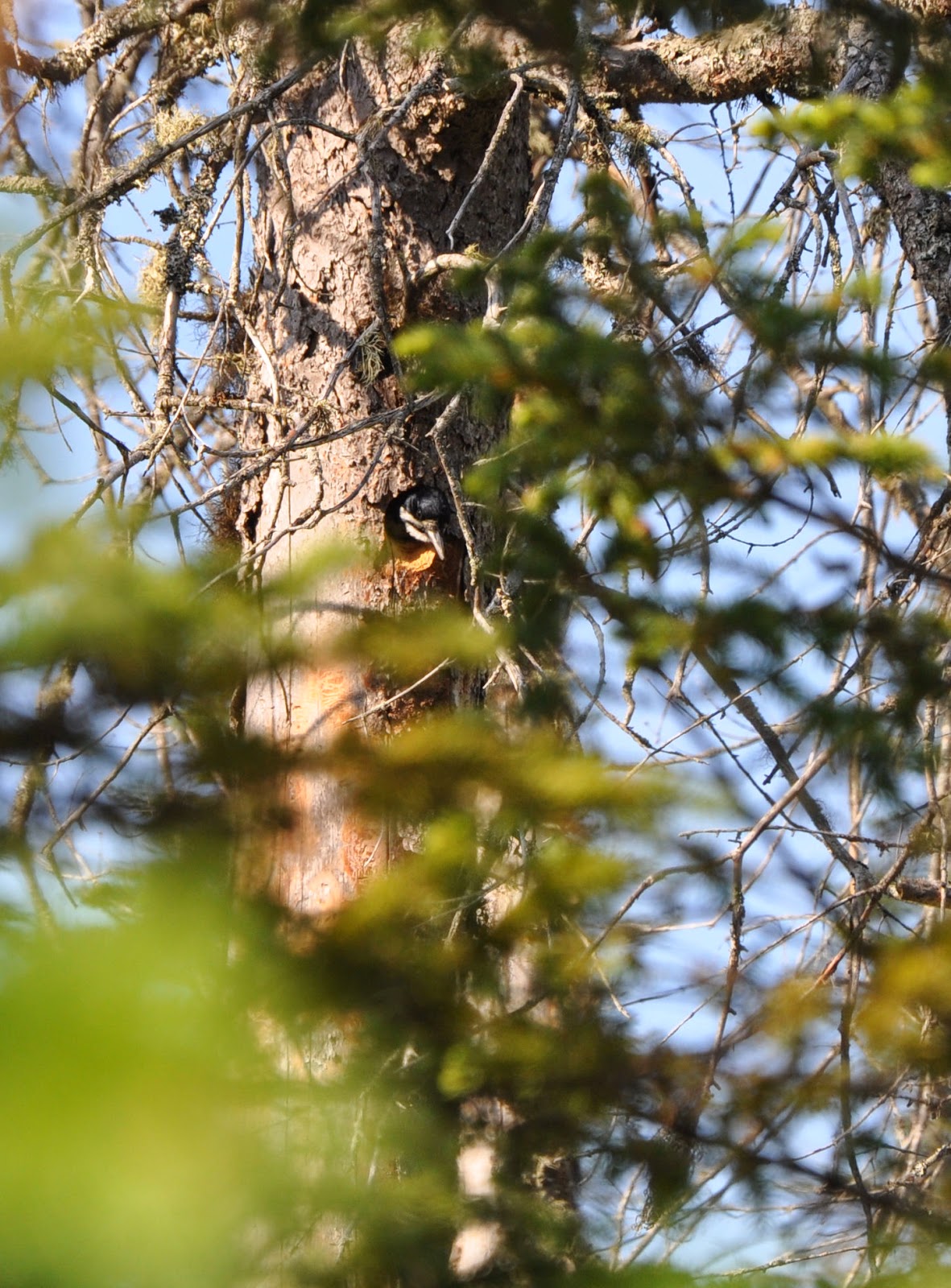 On our way back out we tried once more for the boreal chickadee...for Paul. 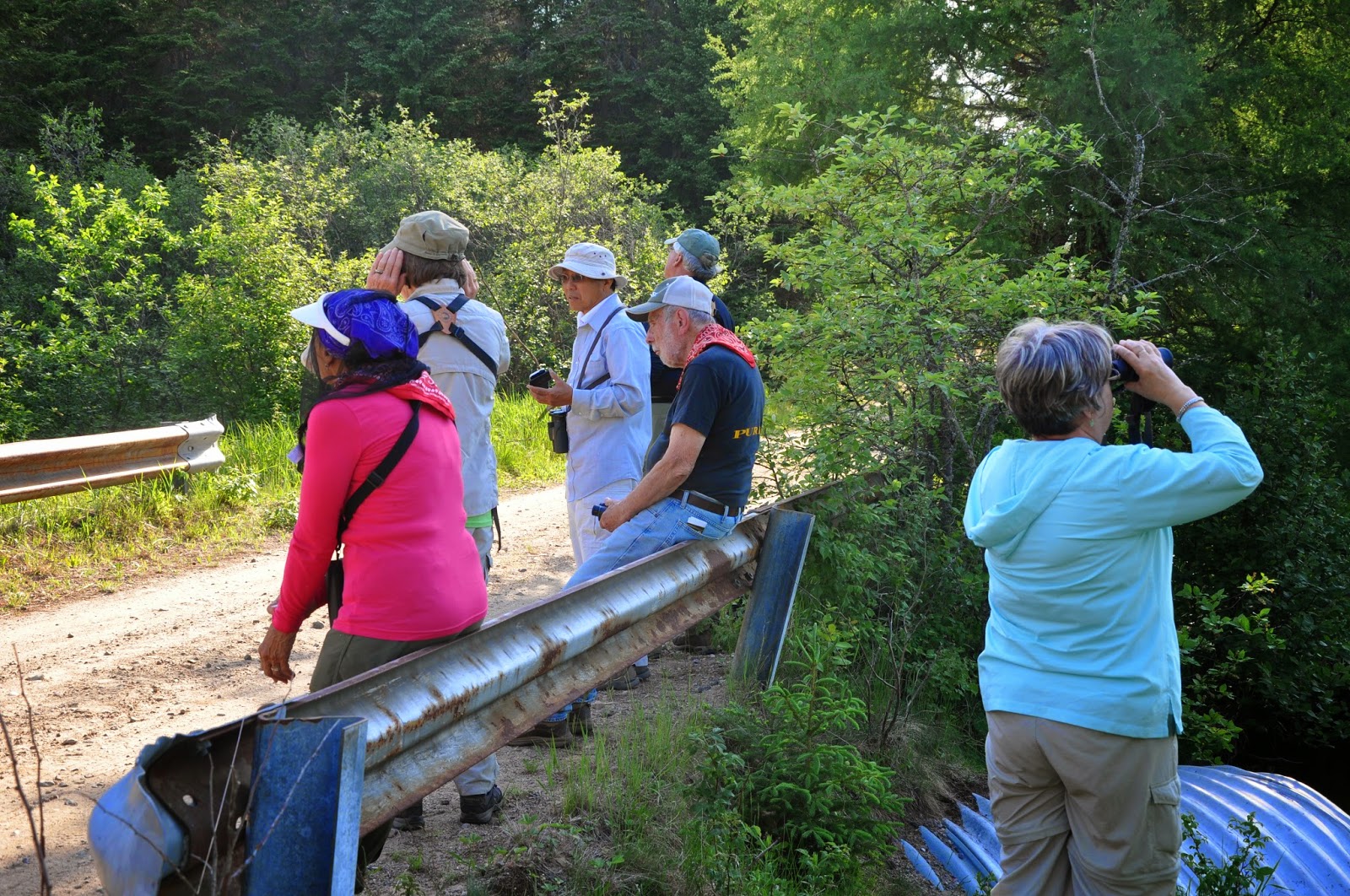 All we got was a few black-capped chickadees, which were doing their best to sound like boreals. 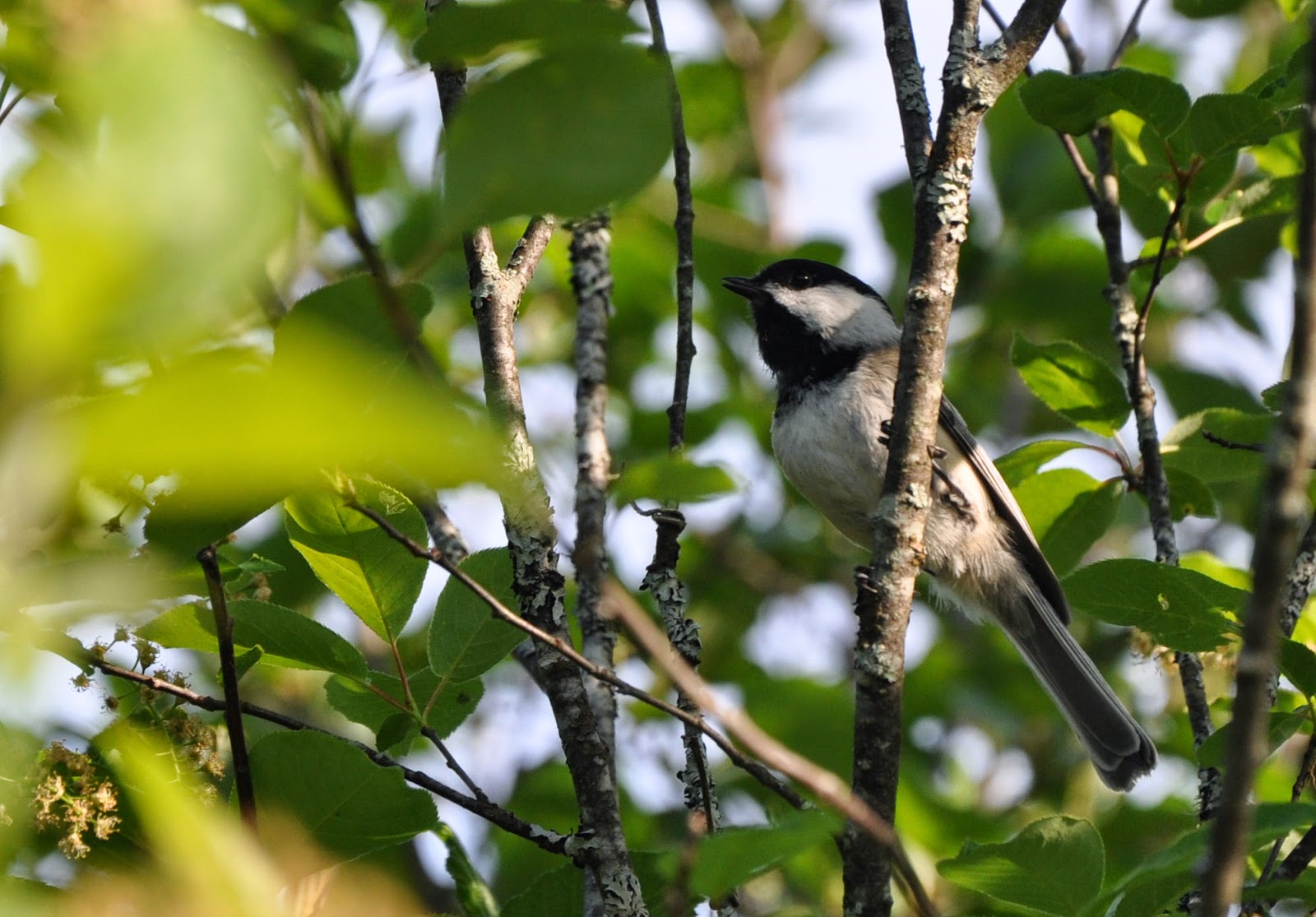 We had to admit defeat.


On the way back to Tupper Lake, we stopped at the newly reopened Casa del Sol in Saranac Lake for dinner - another item checked off my Bucket List.  In 1983 I worked at a camp in Lake Placid for the summer and the staff (sans yours truly - I wasn't in the In Crowd) often ate here on their days off.  I heard about it, but never went.  Before leaving NY in 2010, I stopped by to try it, and it was closed.  But this spring I read in Adirondack Life Magazine that it was reopening, and we were there the week they opened!  I hope they can make a go of it.
Posted by Ellen Rathbone at 2:12 PM