After collecting the rest of our group, we headed down the mountains toward The Glen to see what plants were growing out on the Ice Meadows.  Before reaching our destination, we stopped in North Creek so Libby and I could grab a bite at Cafe Sarah.  Across the street from the shop is a wonderful tiled mural that a local artist is creating with the help of passersby.  I read about this mural in Adirondack Life Magazine earlier this year and was very excited to see it in person.  It is an amazing bit of artwork and is still in progress.  I encourage anyone who is near North Creek to stop by and see it. 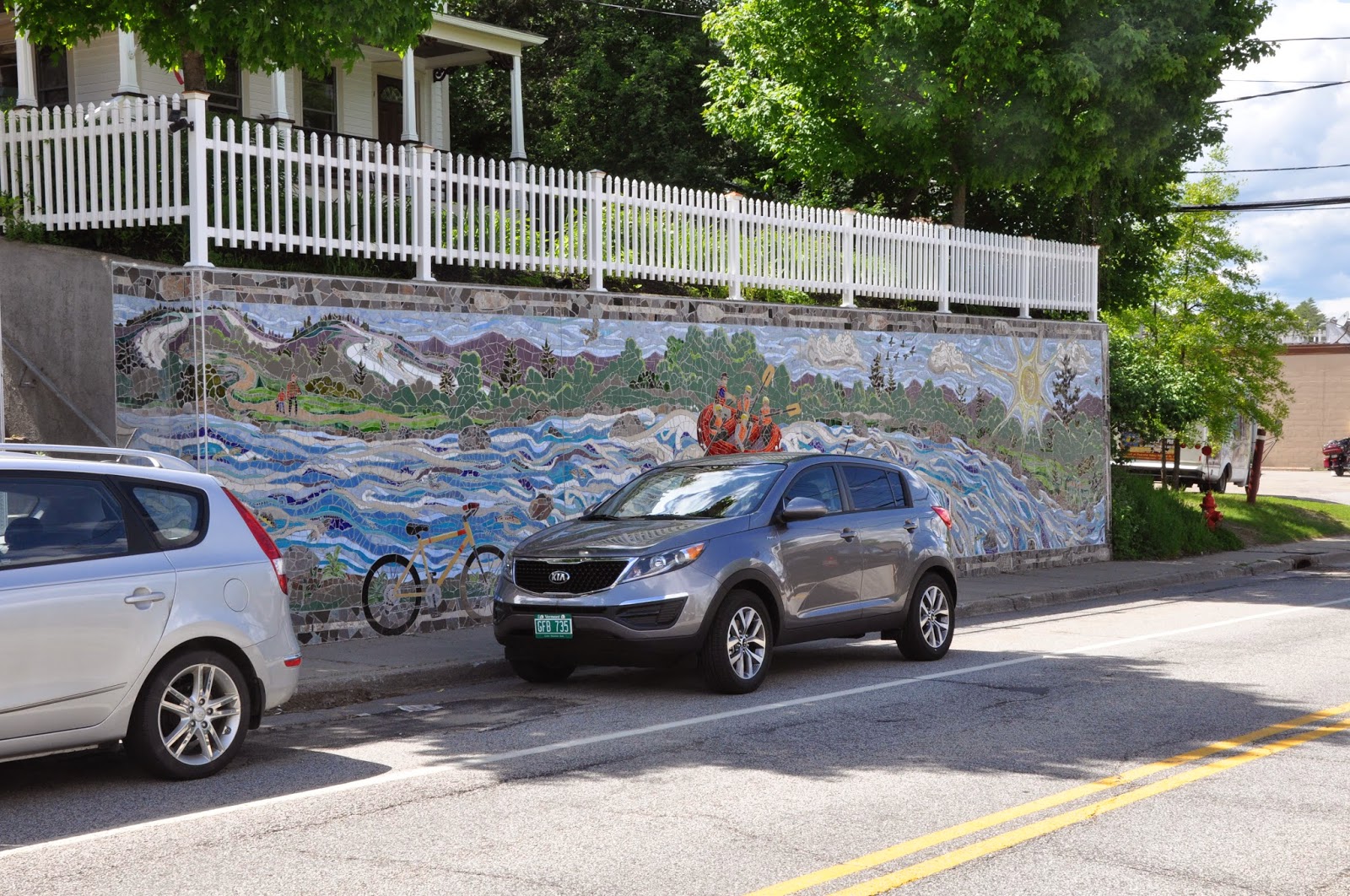 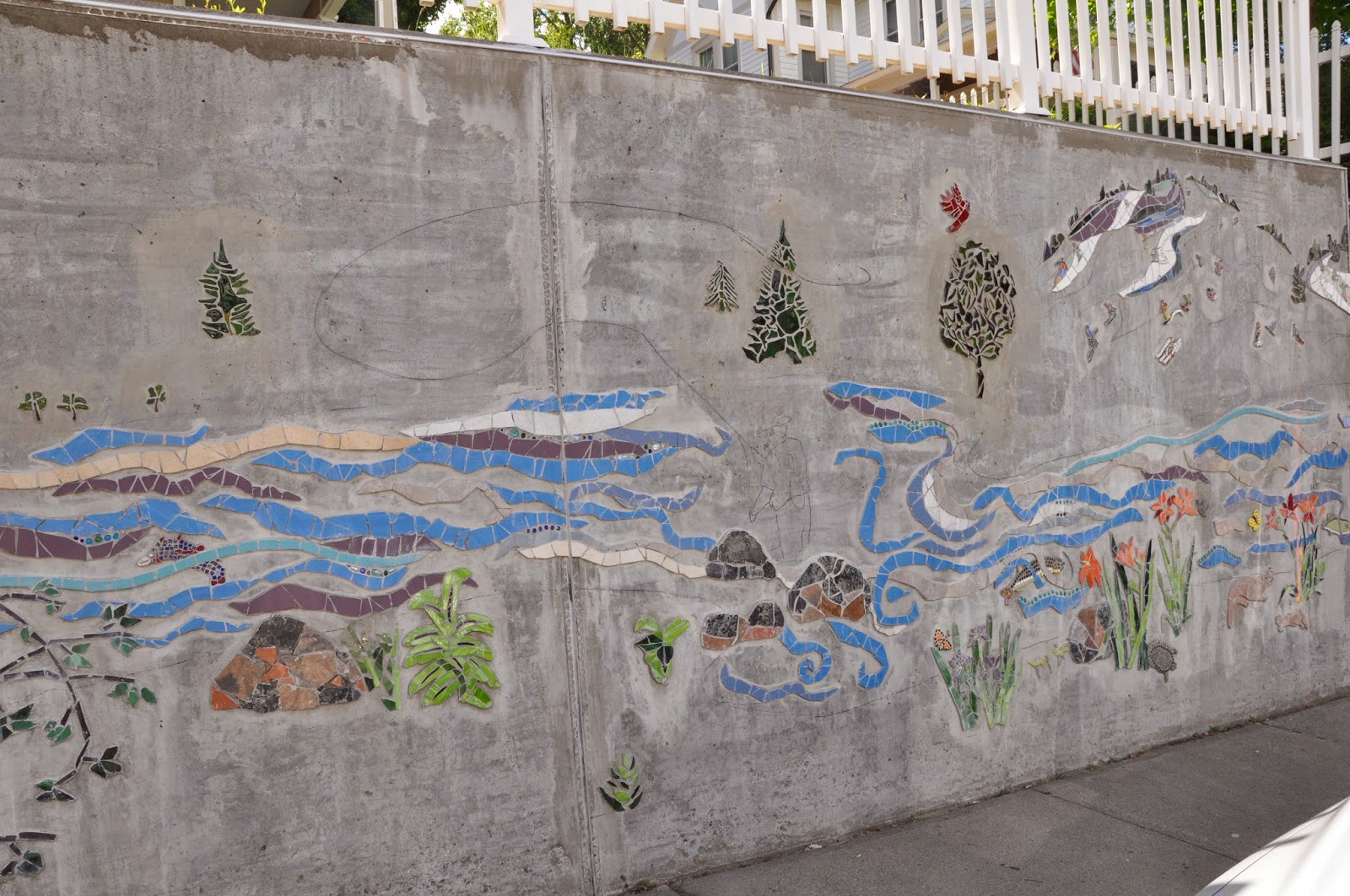 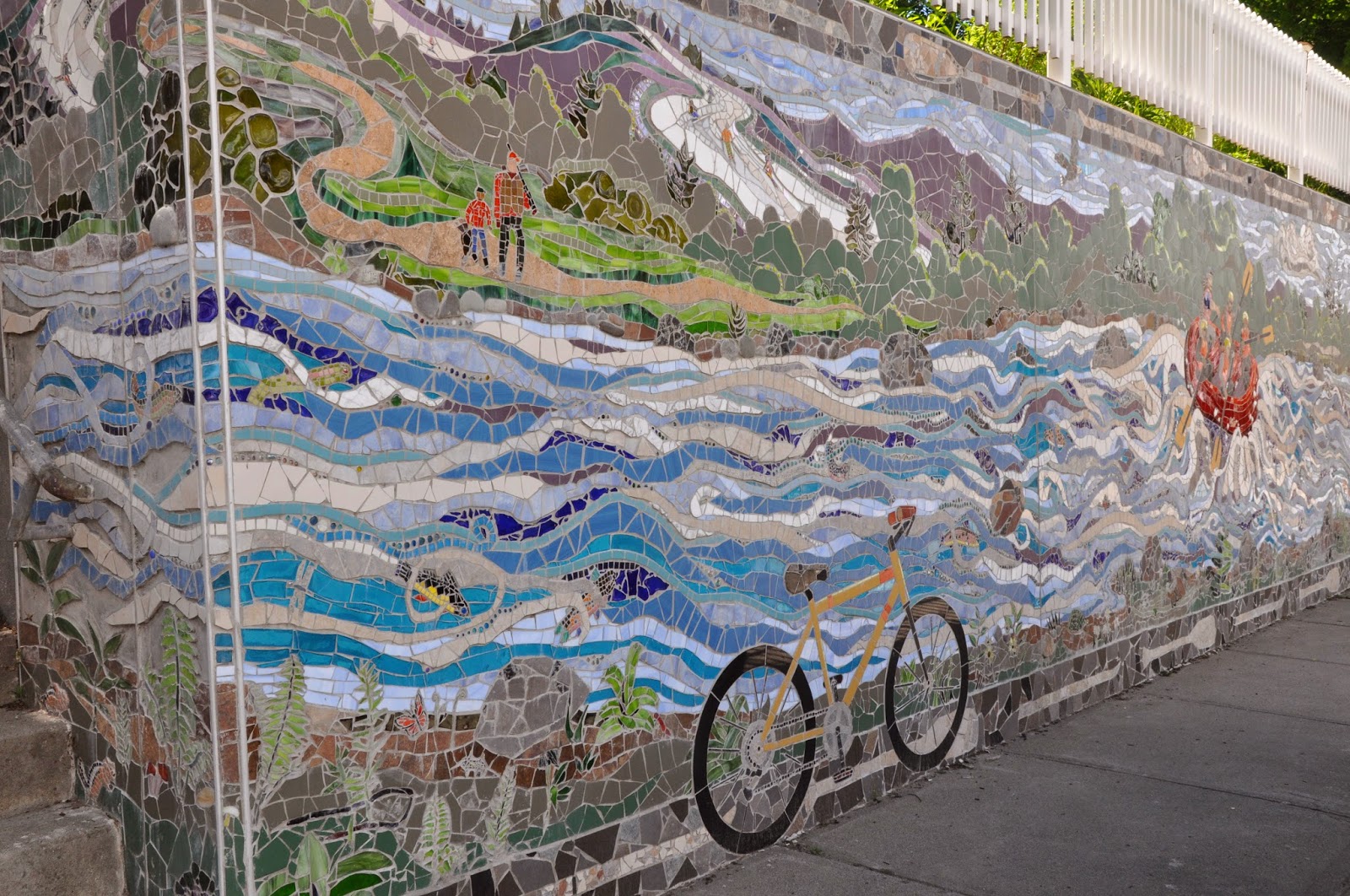 I had hoped to meet my friends Jackie and/or Evelyn at the Ice Meadows so our group would have the advantage of their expertise with the local flora.  Sadly, they both had previous commitments,so we had to make do with my memory.

Right out of the gate, we had bluets, which, while common for me, were new for many of the people in our group. 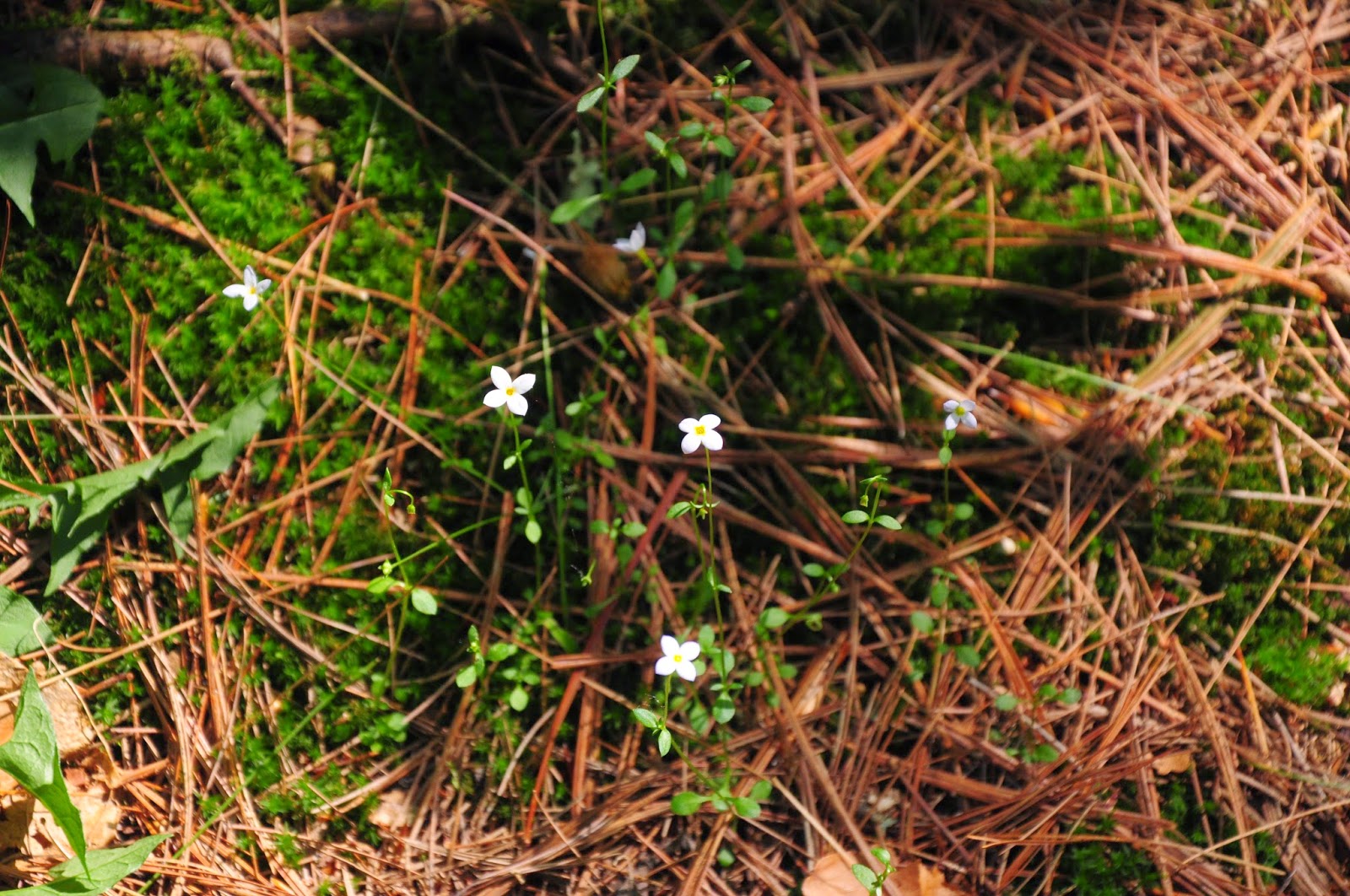 Wild sarsaparilla was another new plant for many - and it was in full bloom everywhere we went this week. 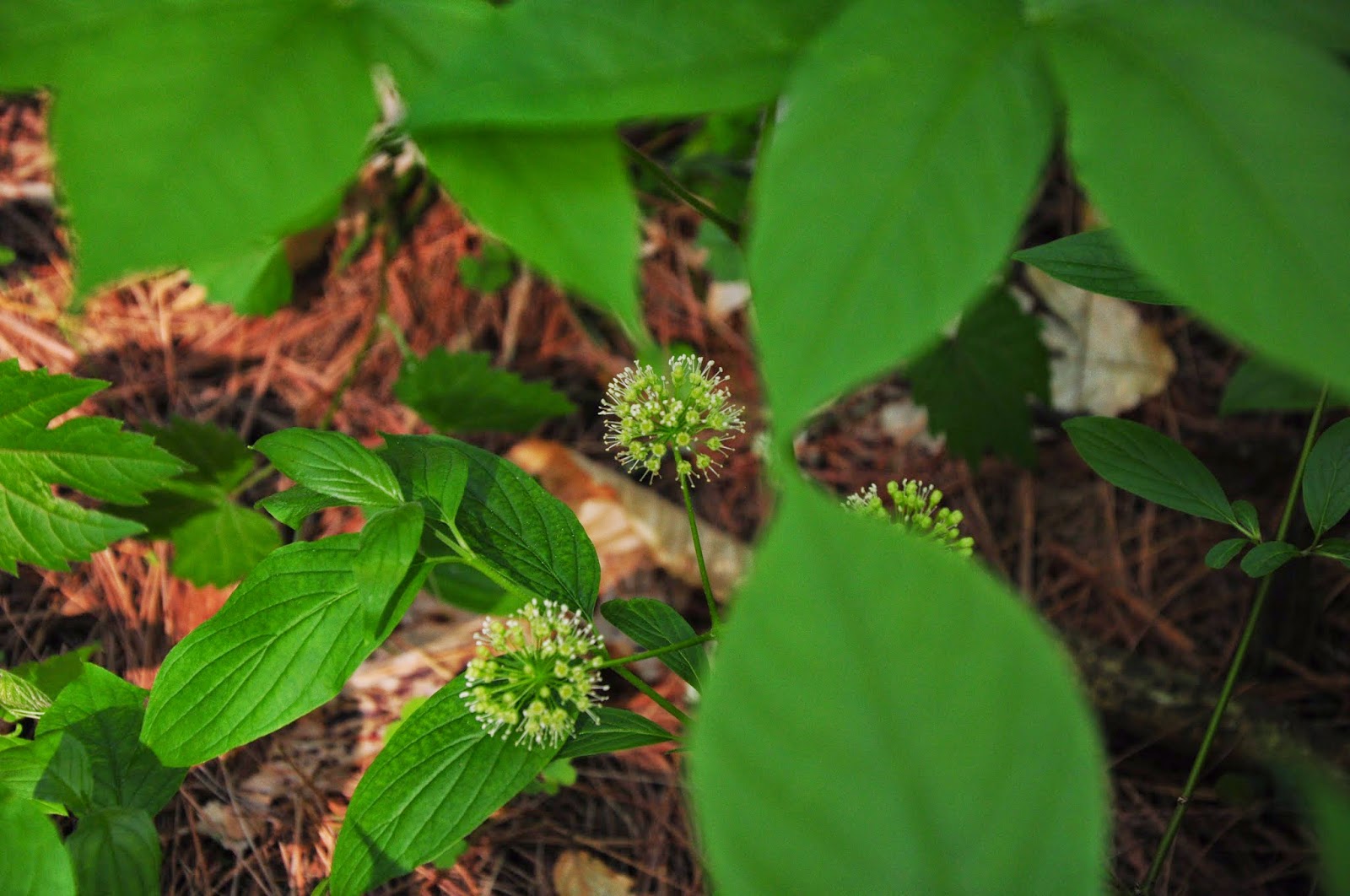 While I was still living here, I had assembled a large portable library of field guides that I schlepped around when going out into the field, just to be sure I had every book I needed to identify the things I encountered.  For this trip, however, I brought just one field guide, my copy of Newcomb's Wildflowers.  This, of course, was no help in identifying caterpillars!  So, I will have to ID this larva after I get back to MI and pull out my Caterpillars of the Northeast. 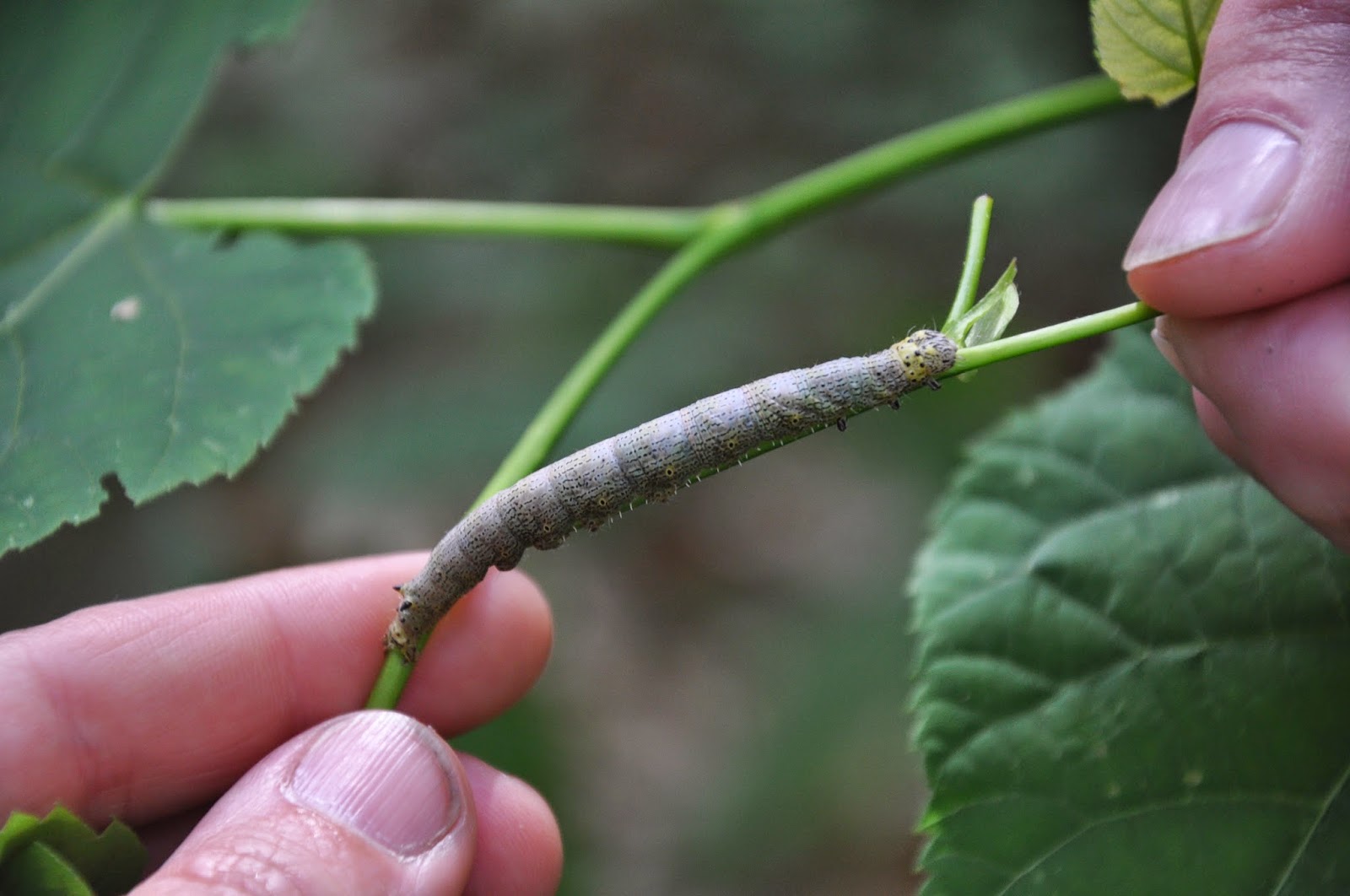 The woods on the way to the Ice Meadows were full of Solomon's plume.  We also saw one true Solomon's seal that was nearly in bloom. 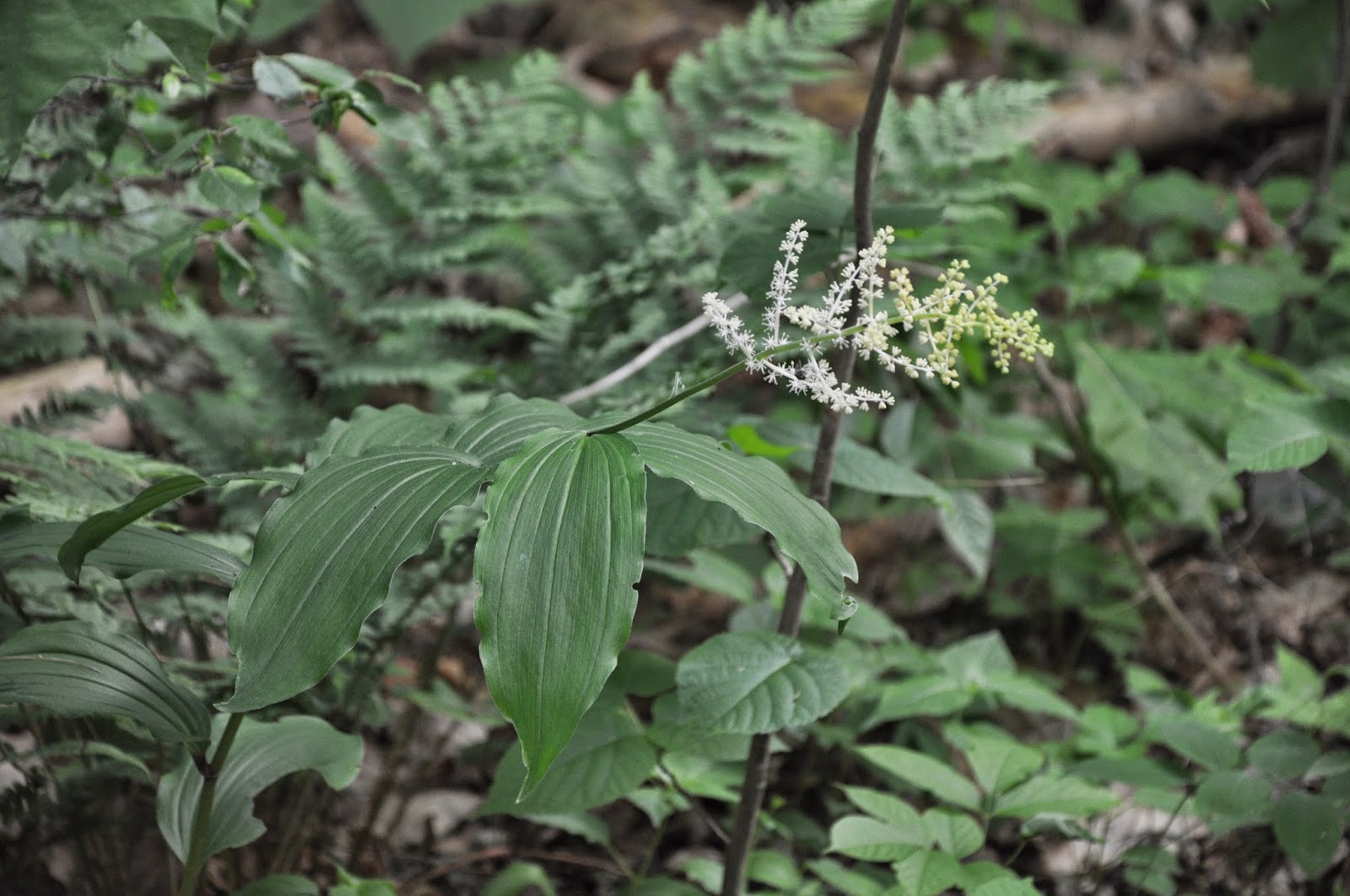 I'm never one to turn away from a nice pile of poo - and neither are these wonderful carrion beetles!  These are American carrion beetles, Necrophila americana. I saw these many times while I used to live up here. 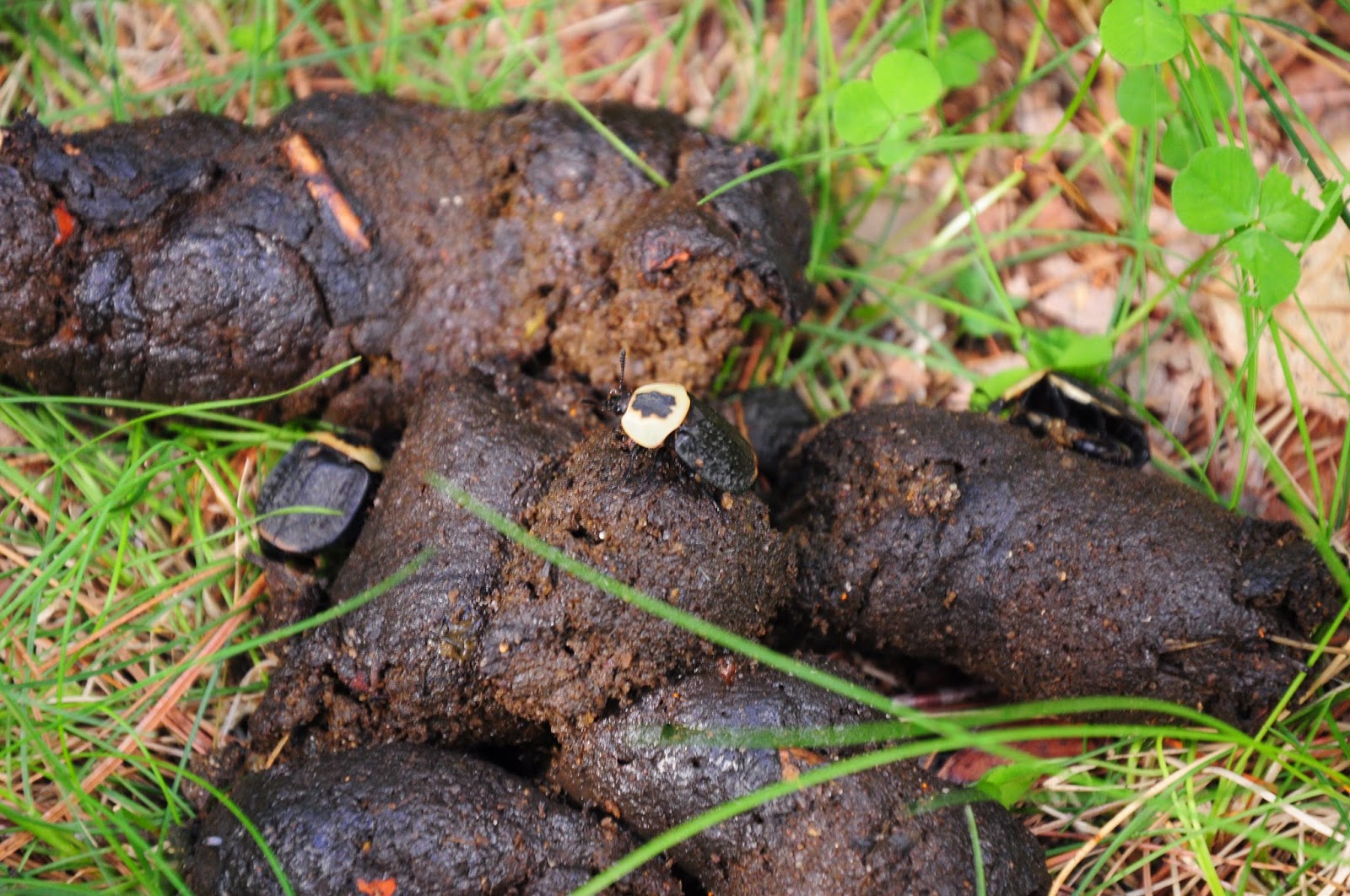 These are pretty substantial insects, and such a delight to find.  Not only are they large, but they are strikingly colored and serve such an important role in our ecosystem, breaking down materials that if left untouched, might result in much disease. 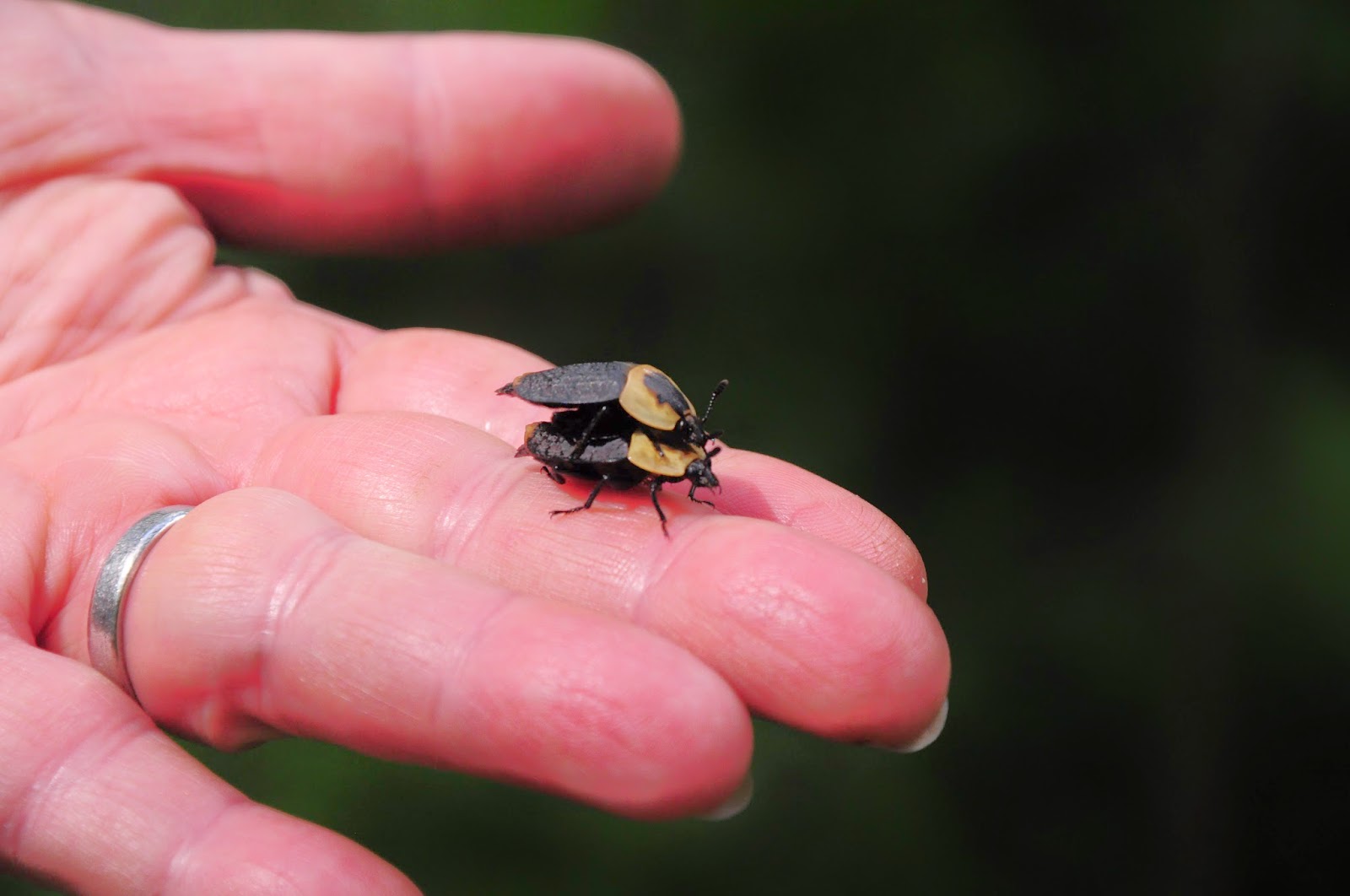 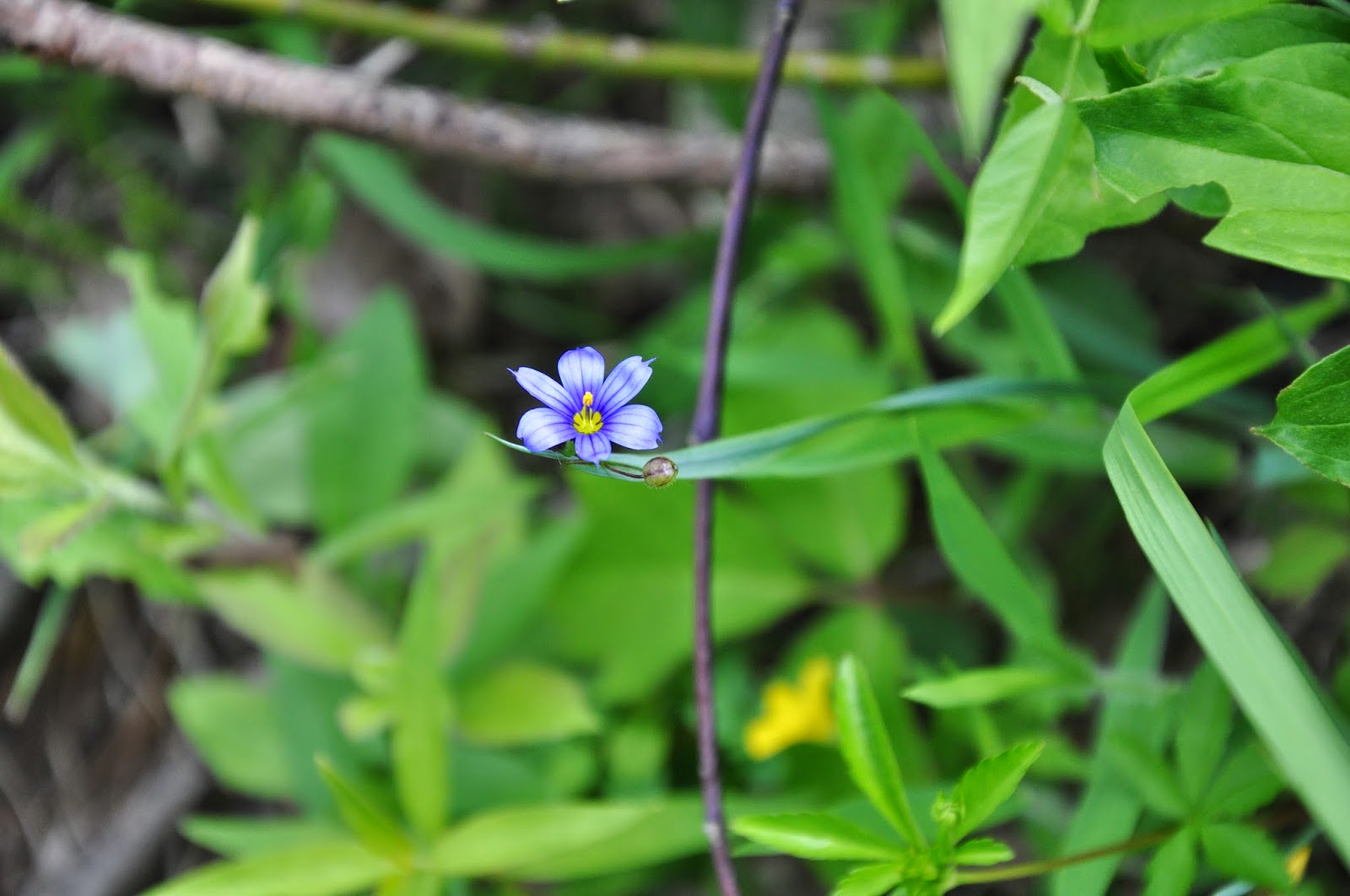 Also in bloom out on the Ice Meadows was common cinquefoil, 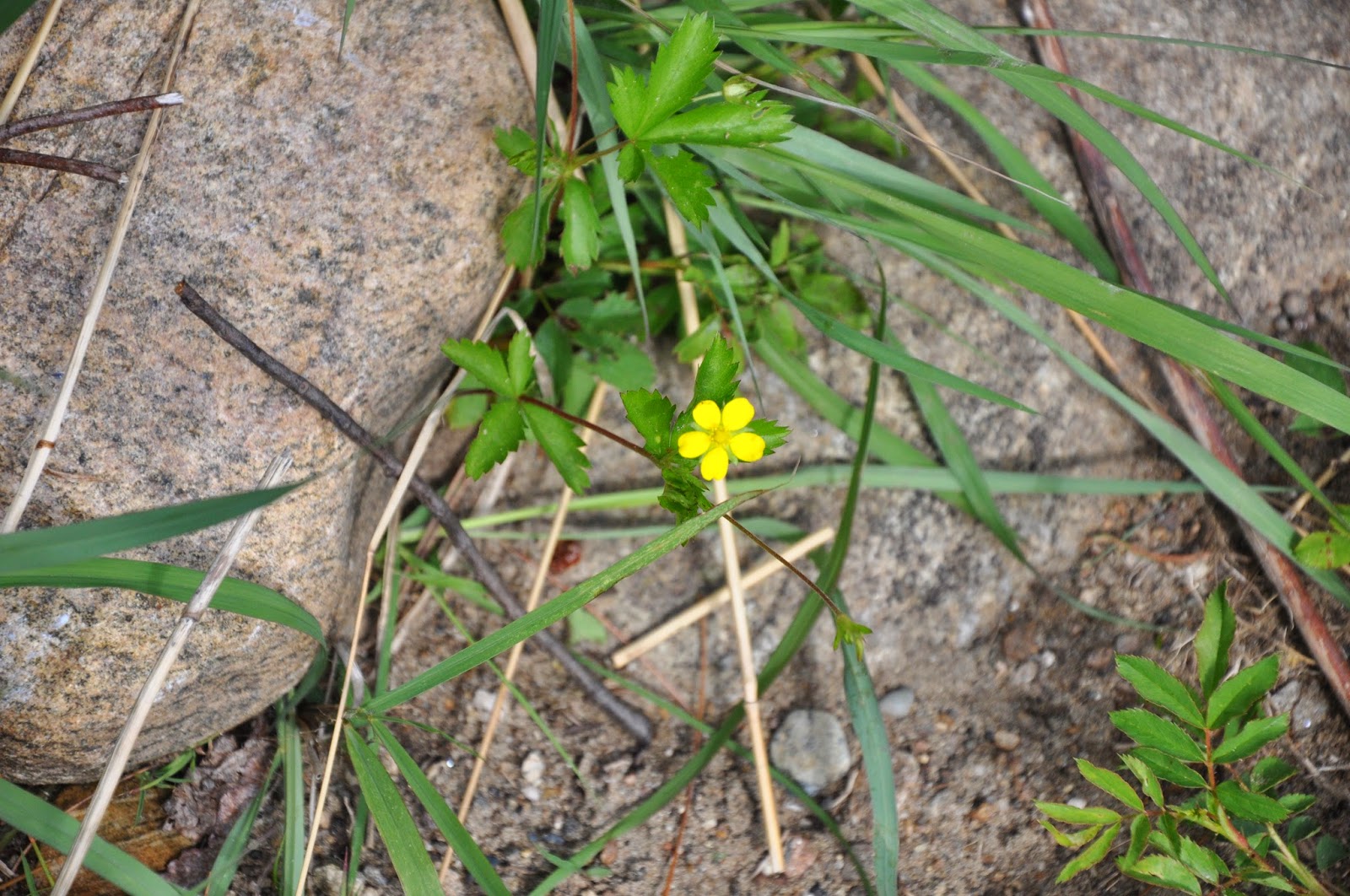 and this mystery plant.  Is it a vine, or is it herbaceous?  The stem looked rather like a pea, with curled up tendrils that seemed to be just waiting for something to cling to. 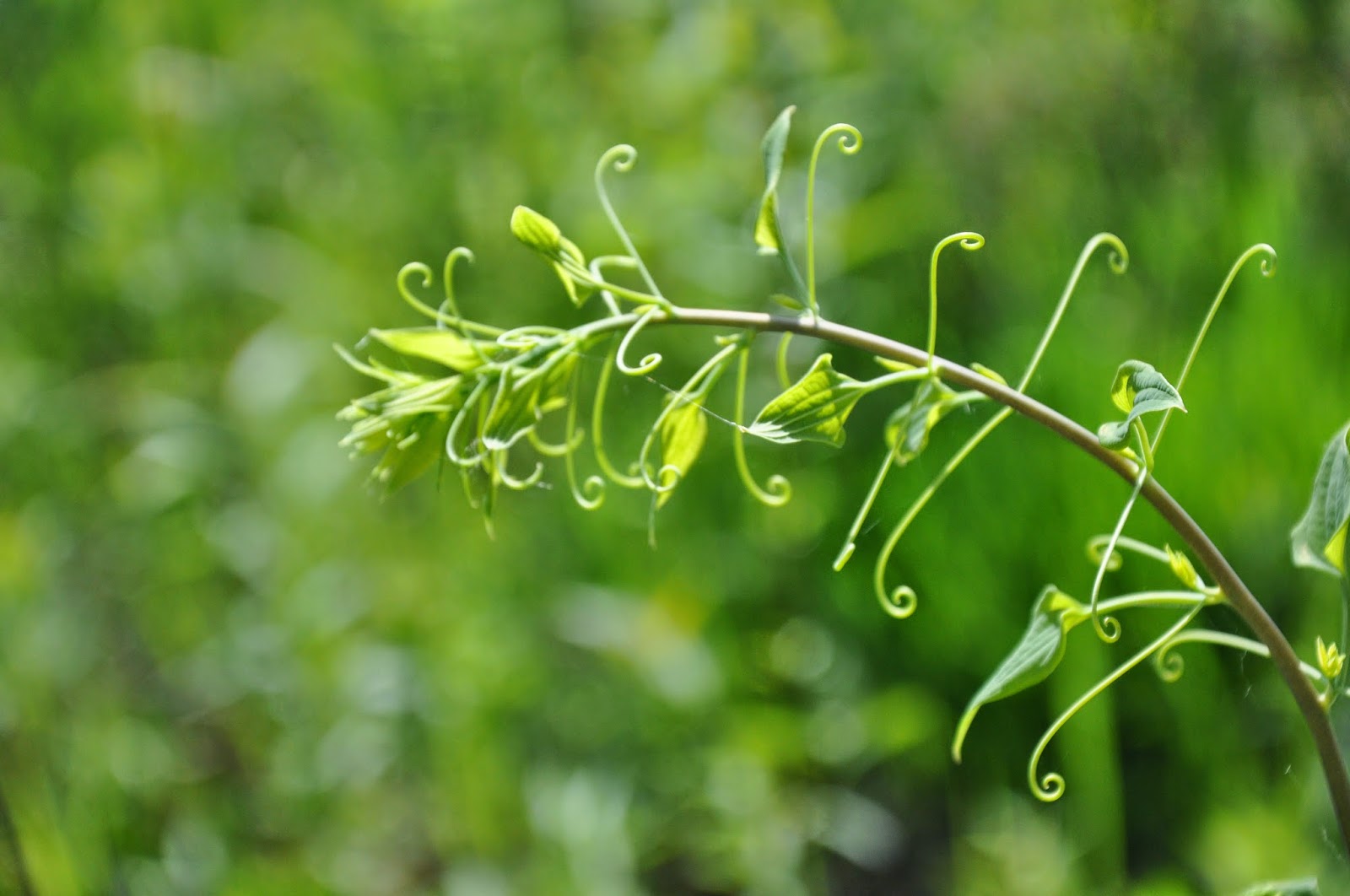 The leaves sort of suggested bindweed, but not really. 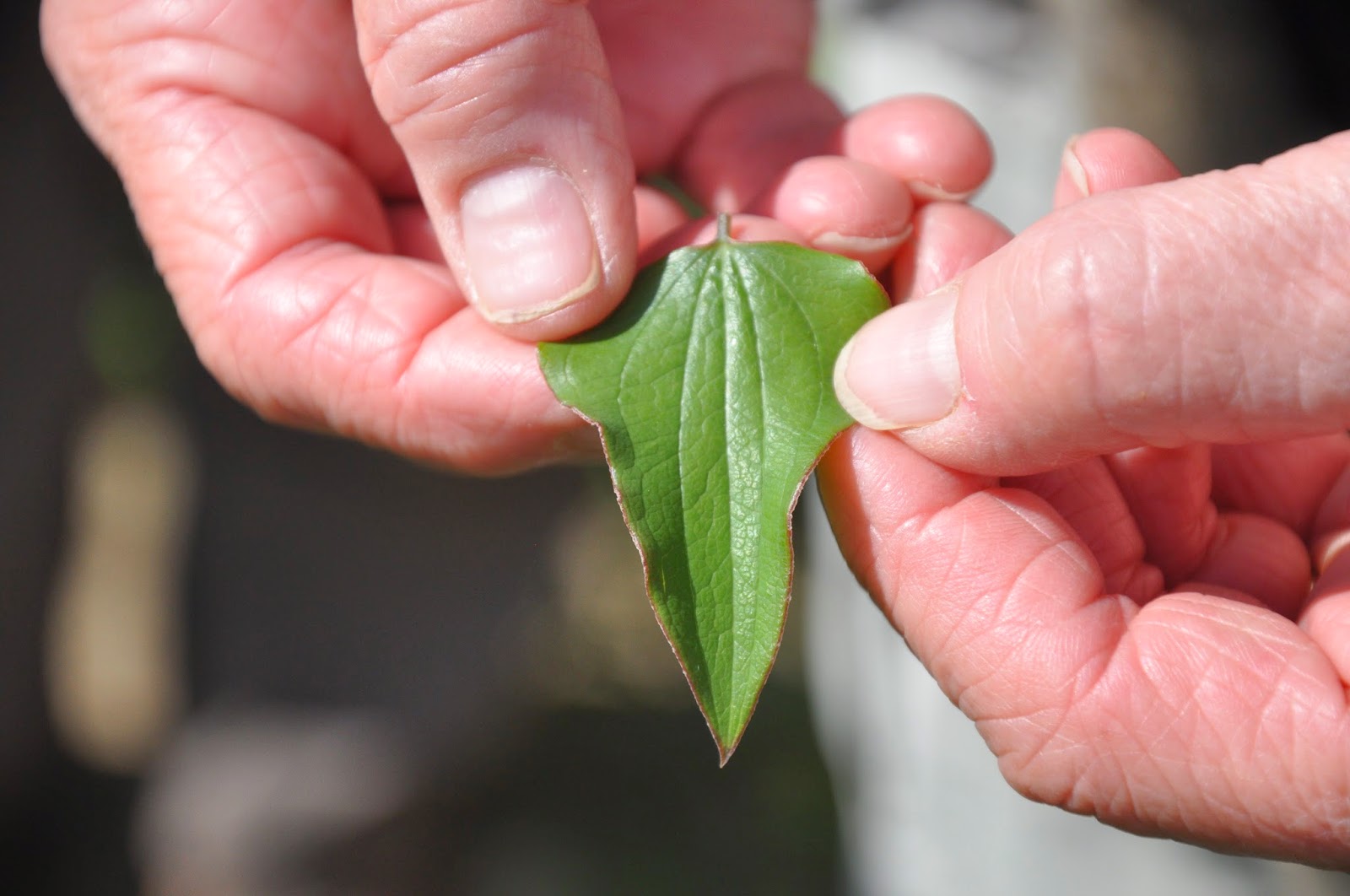 And the flower left me stumped.  I tried keying it out in Newcomb's without luck.  I was really wishing Jackie was with us!  The flowers remind me of carrion flower (Smilax herbacea), but it was growing out in the open.  I hoping Jackie will tune in and confirm or deny my ID. 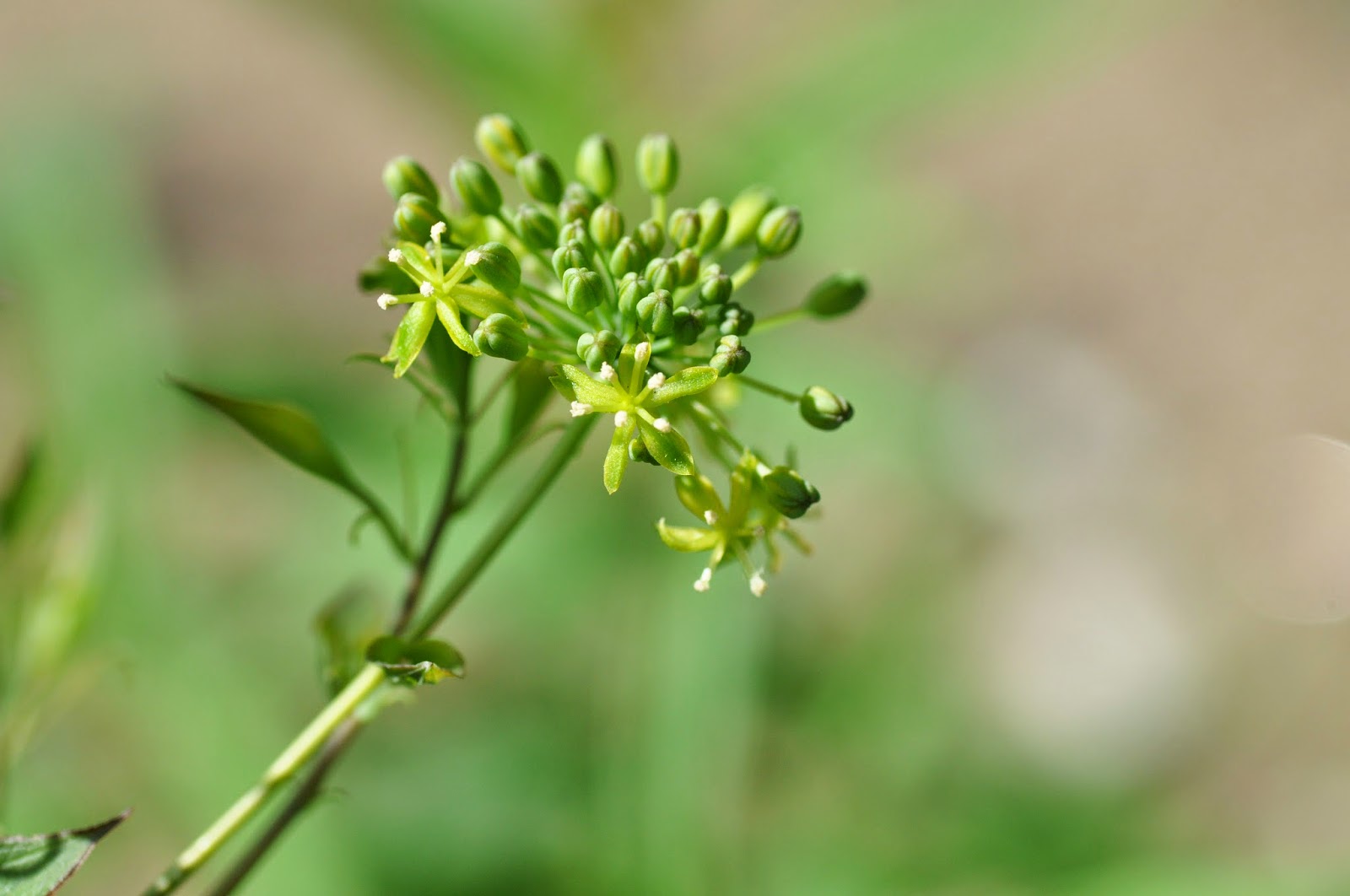 A couple golden alexanders were in bloom.  We have these quite plentifully in our part of MI. 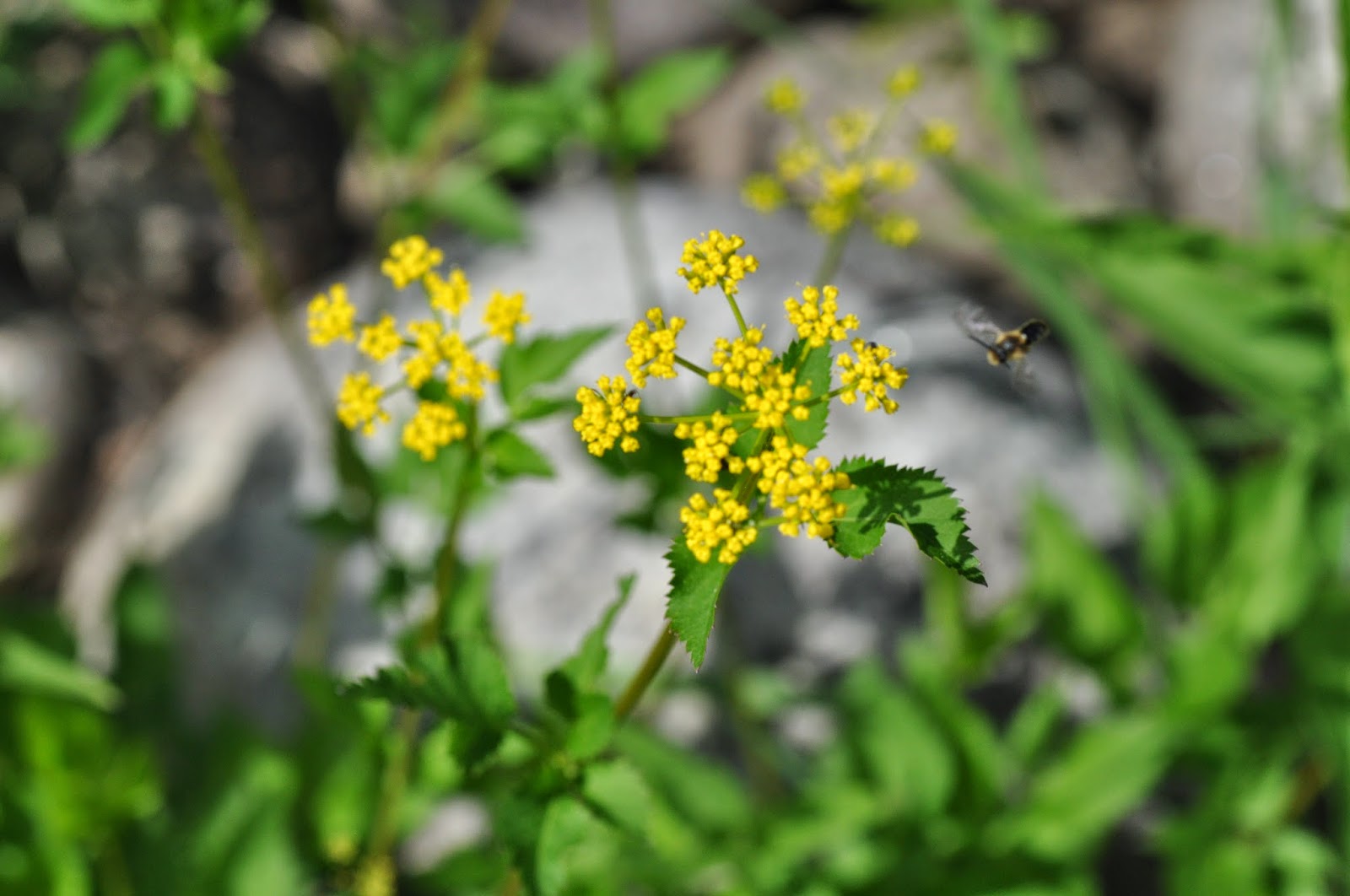 One of the sedges - it's flowers look almost like little fuzzy caterpillars.  I have no sedge ID guides with me...perhaps Jackie will know this one, too. 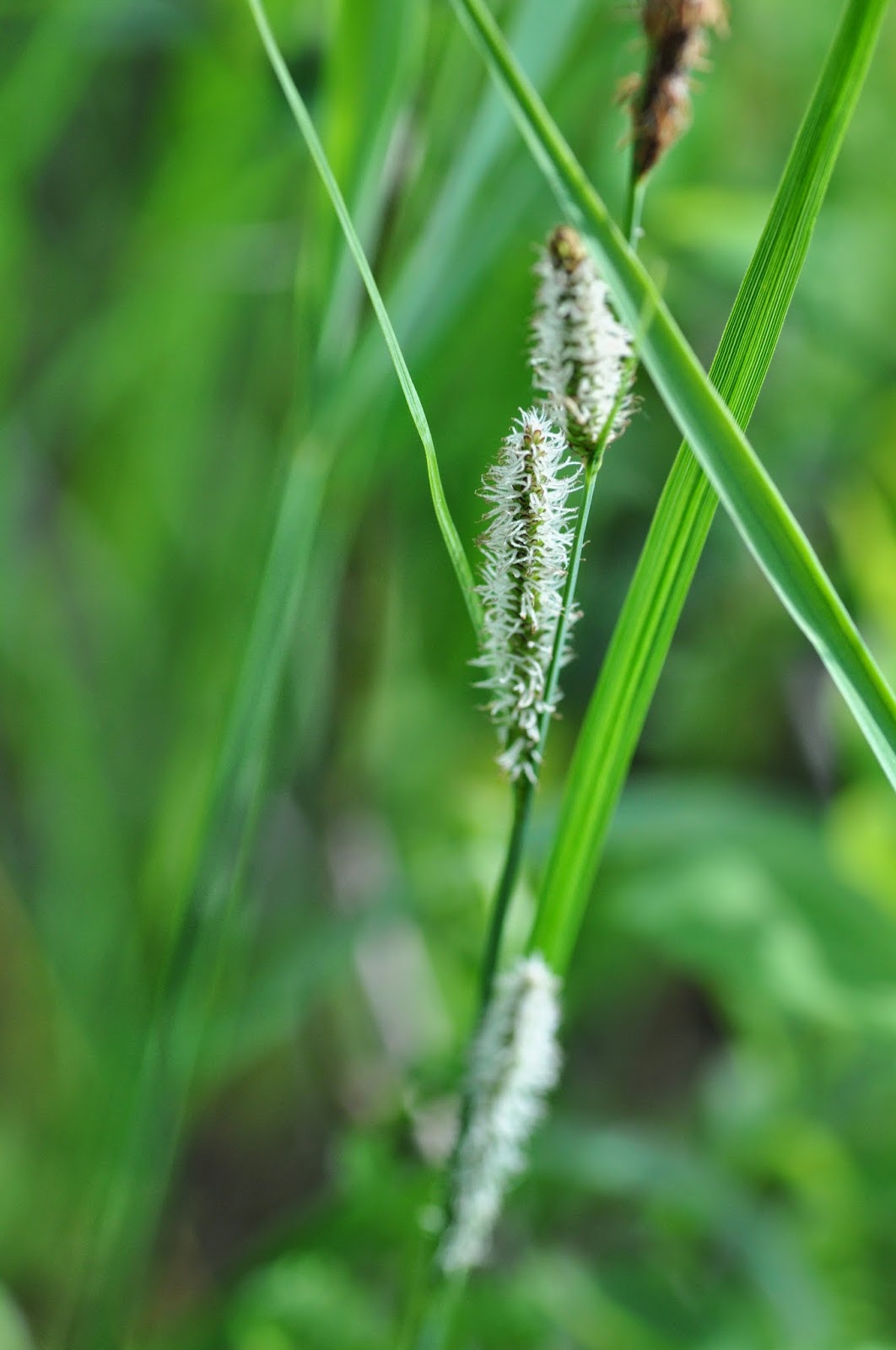 We really had a lovely day, which showed off the river beautifully. 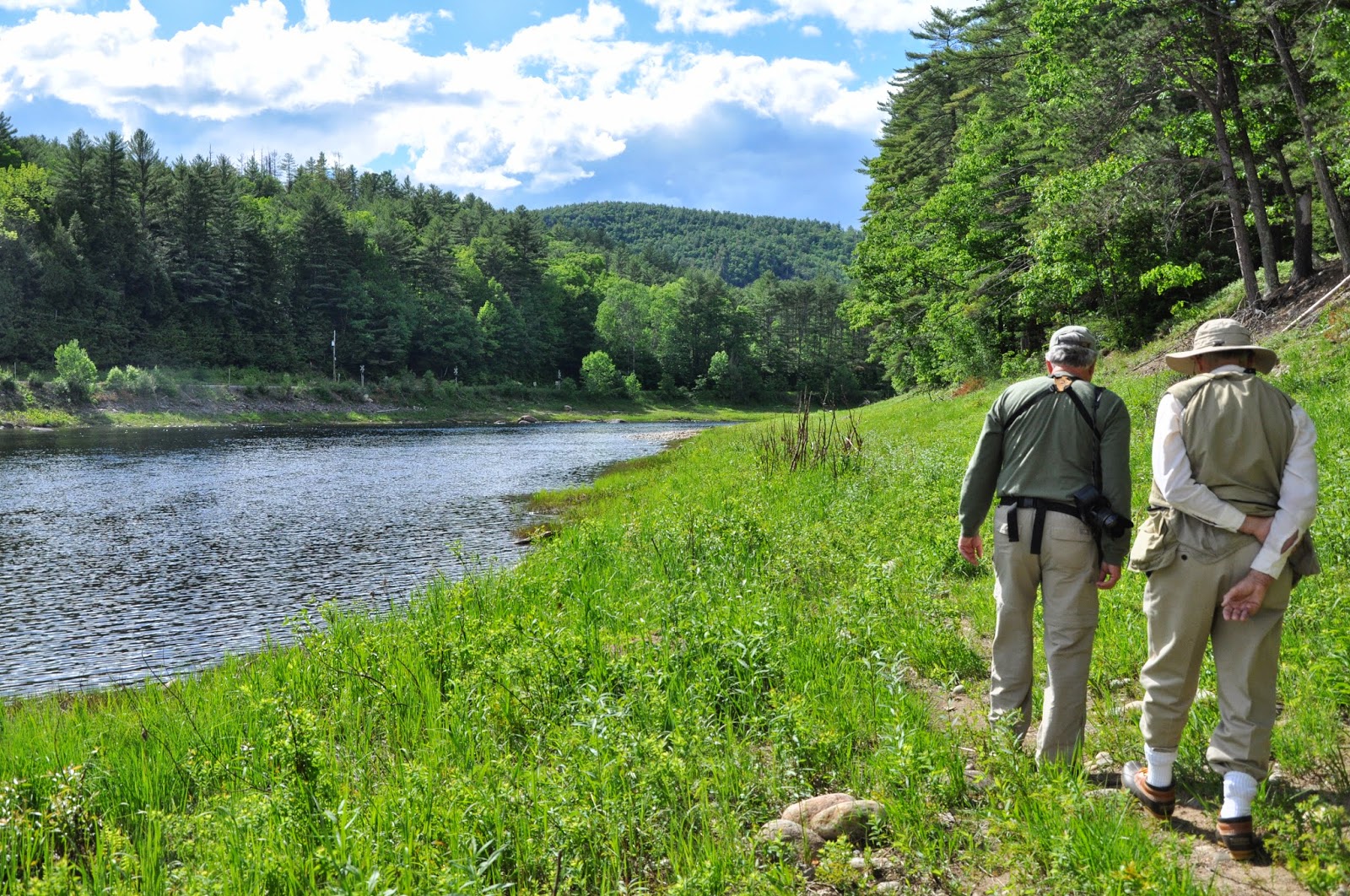 Violets - the sparrows of the plant world.  I think this one is lance-leaved violet. 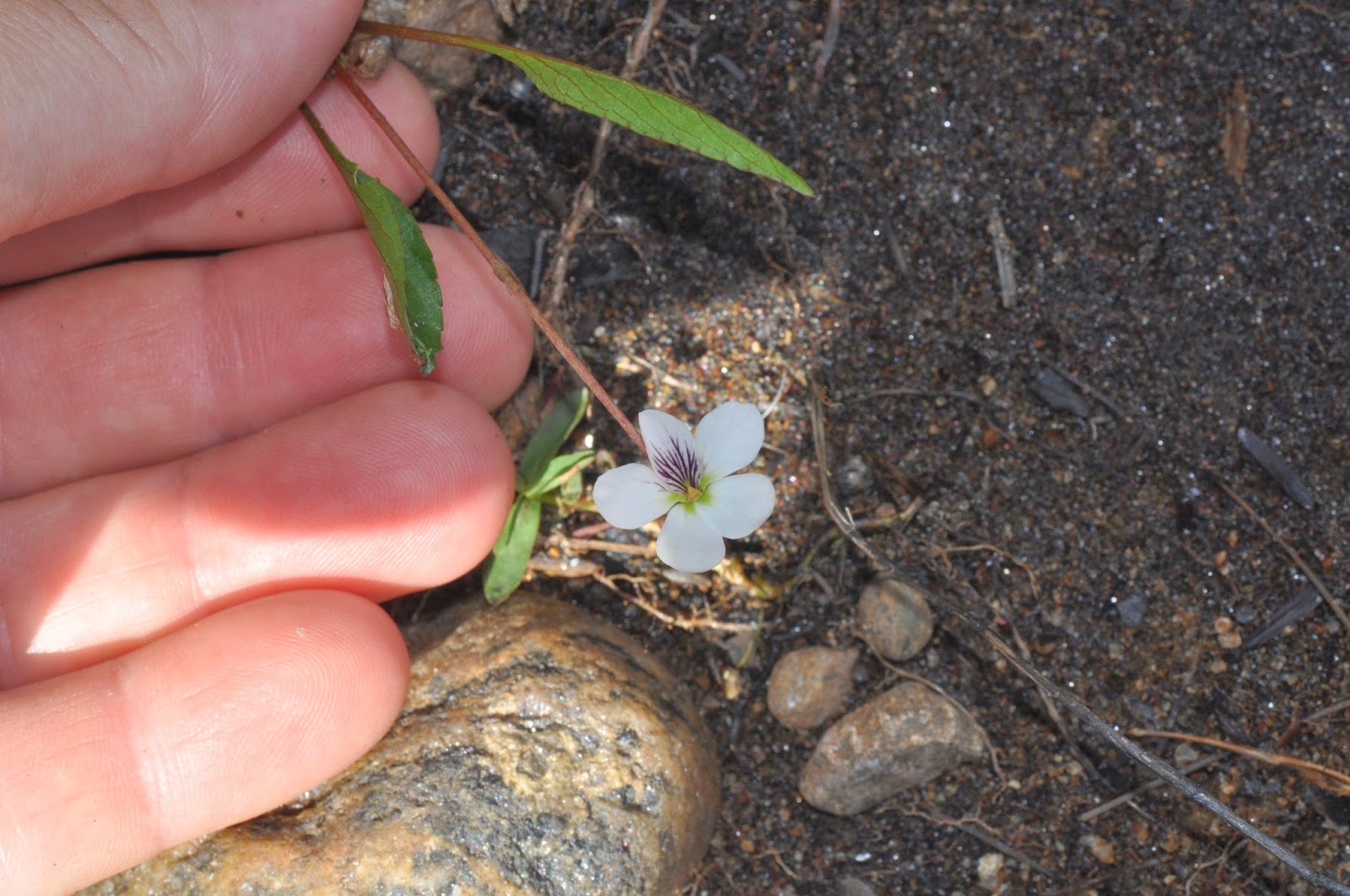 What was really cool about this violet, however, was what I found on the back: two tiny exoskeletons.  Winter stoneflies?  These are great indicators of good water quality. 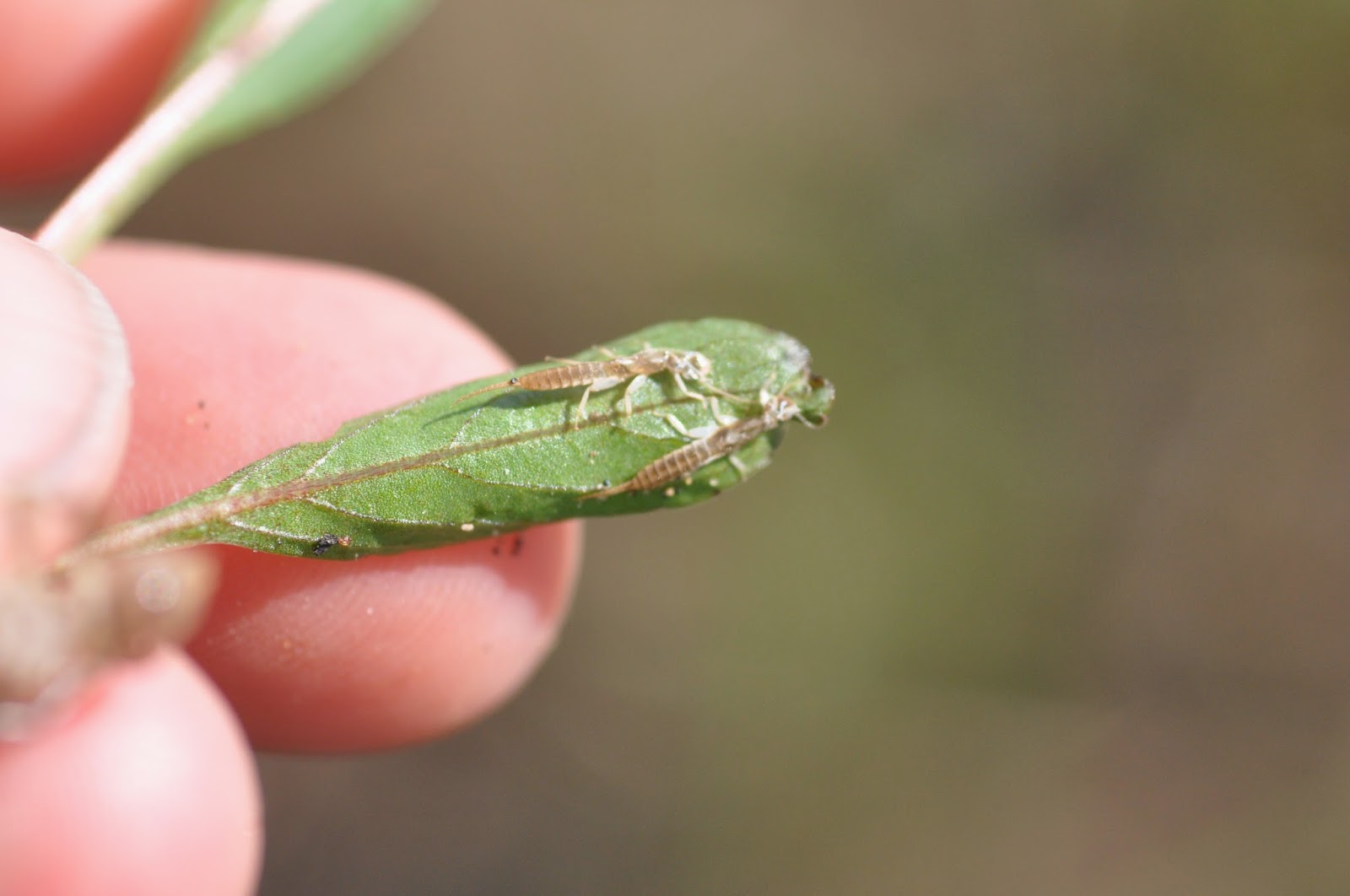 One of the most striking plants that we found, and one of my favorites, is wild columbine. 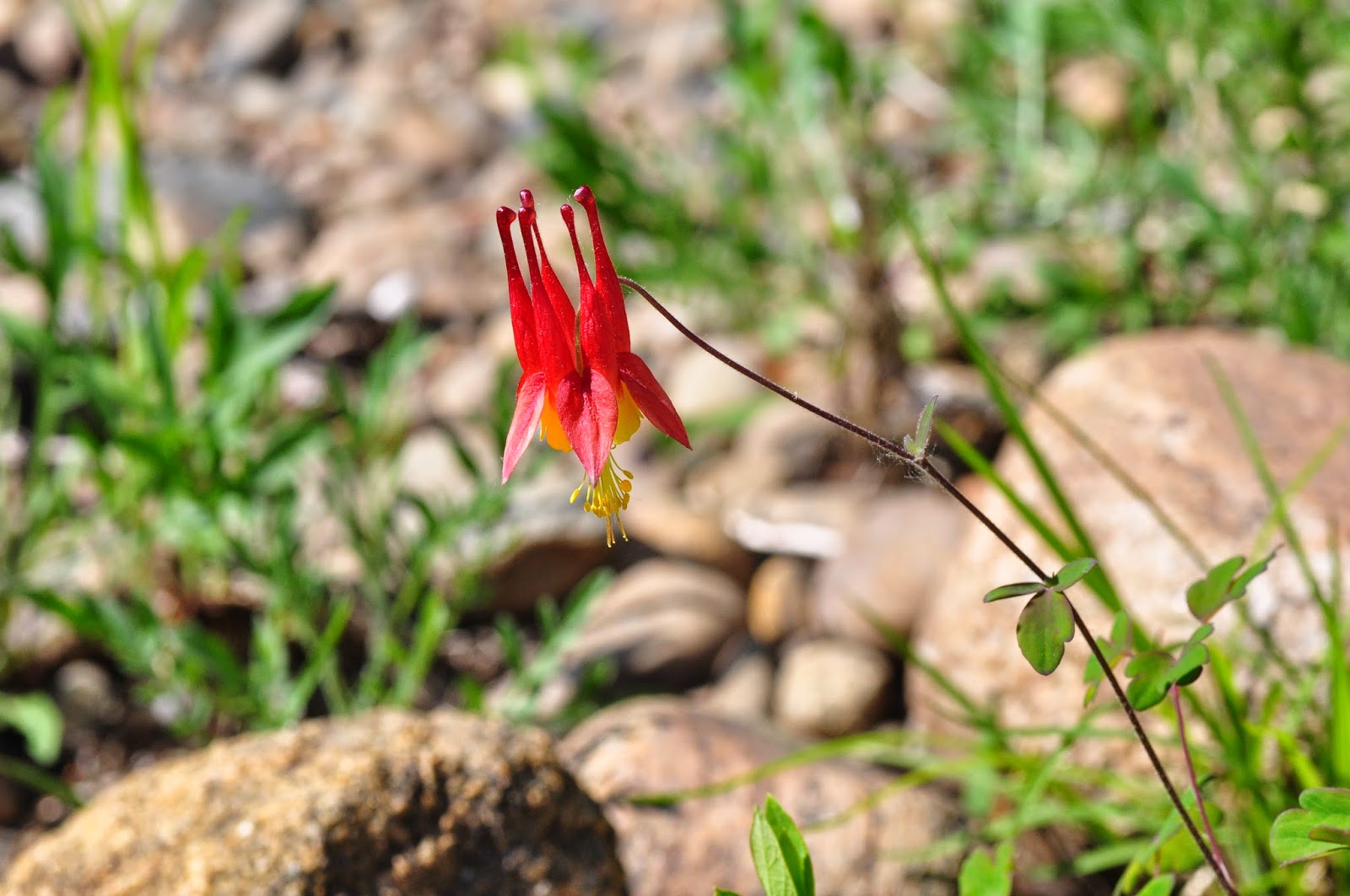 The Ice Meadows must be a delight for geologists.  I have never been able to retain much information about geology, no matter how often I read about it and try to study it.  I love rocks, but I just cannot remember much about them.  Still, I do enjoy the formations we saw out along the river. 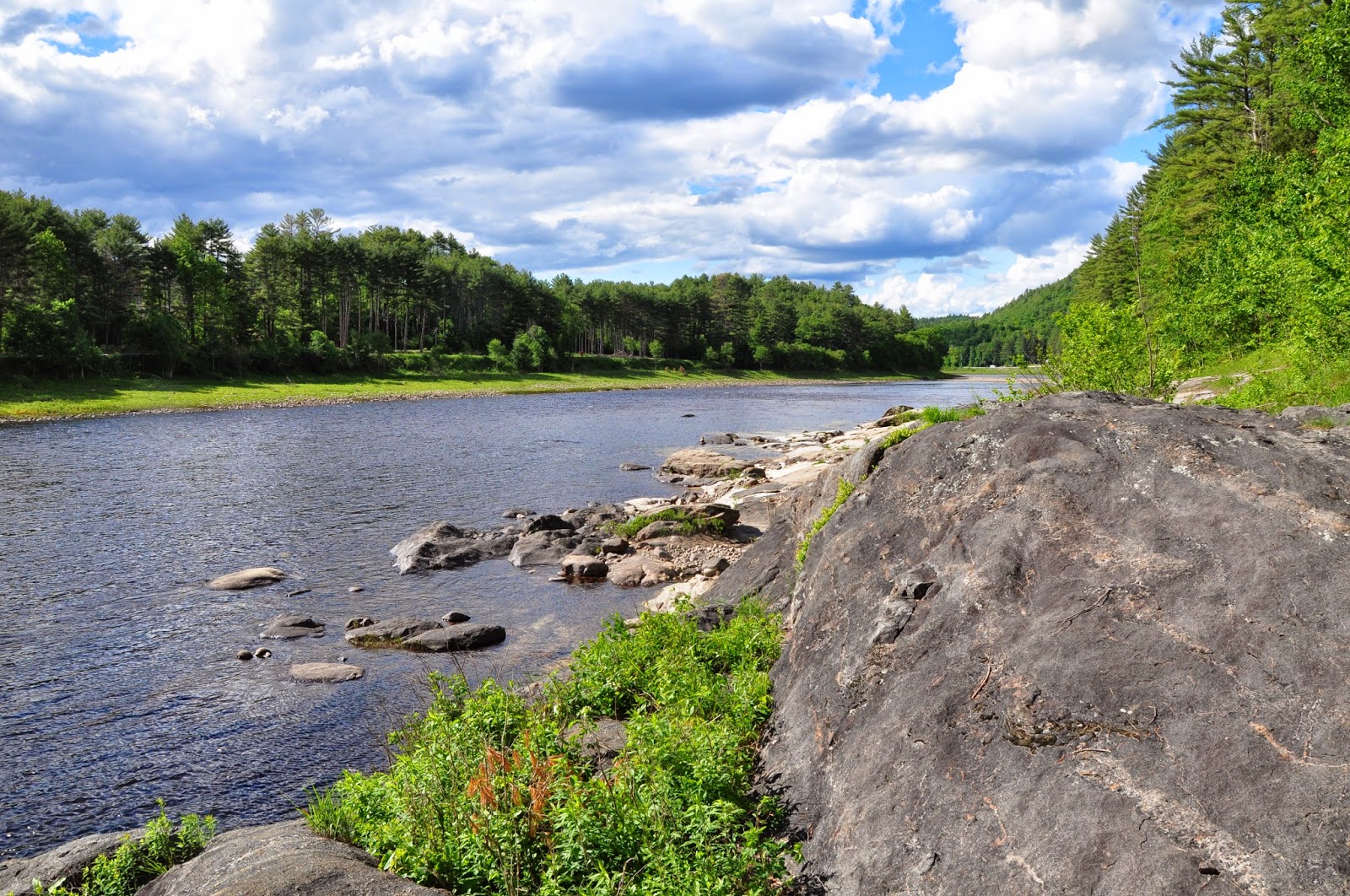 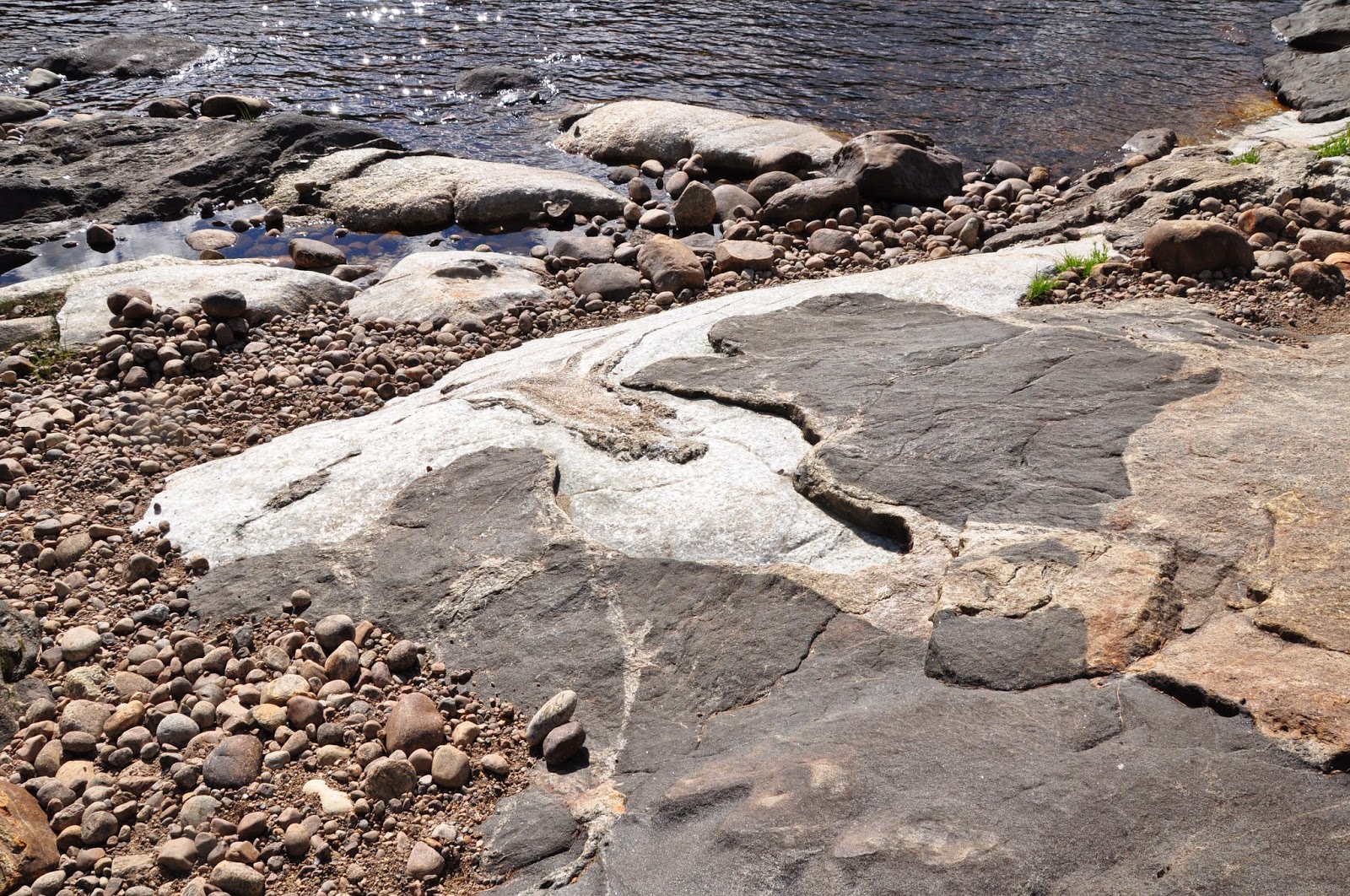 Large while-flowered anemone (Anemone virginiana var alba) was a new flower for all of us. 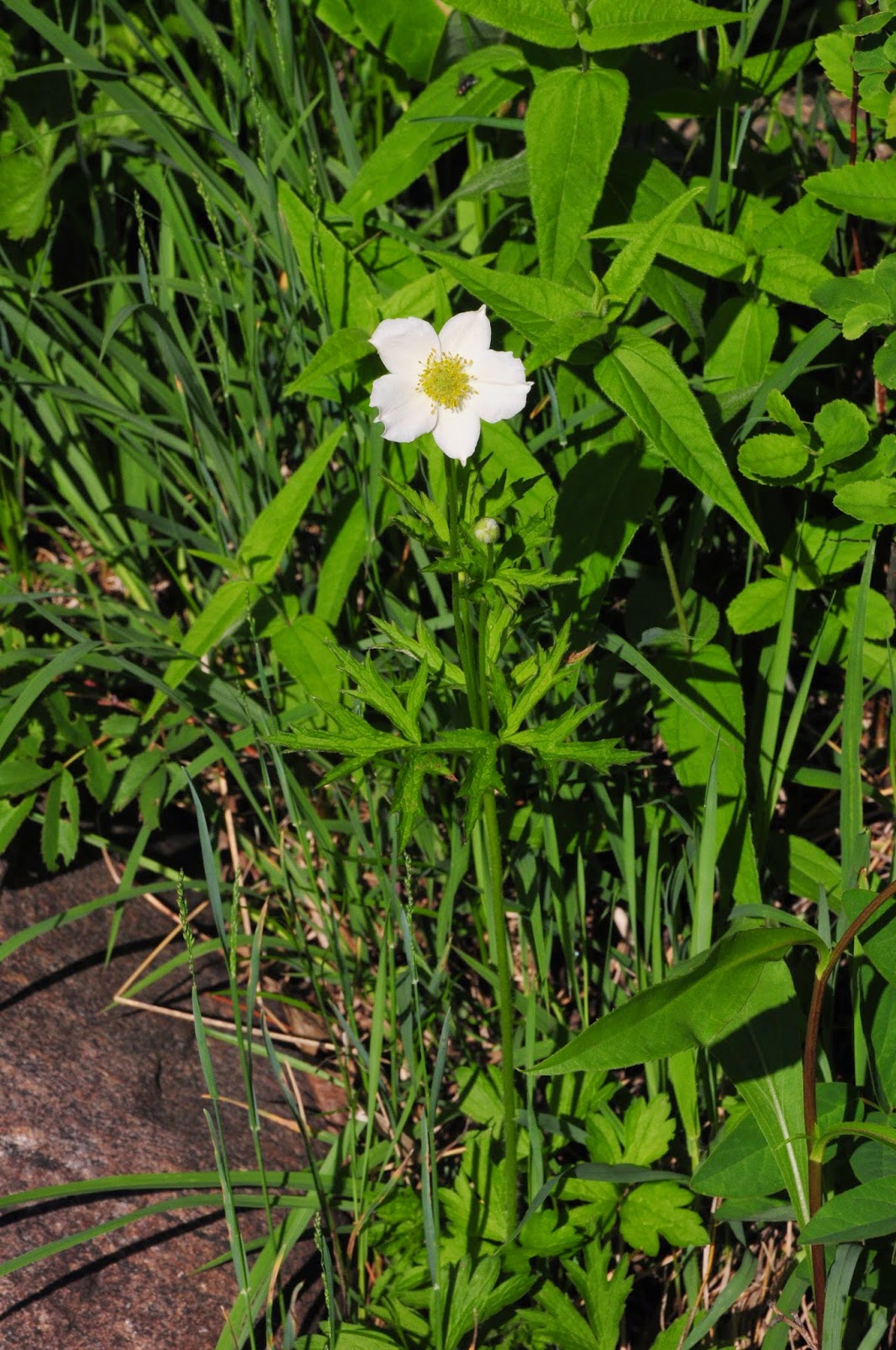 I wish I'd brought my gall book.  This puffy white gall we found on an oak branch has turned up in several other locations on this trip!  I will have to ID when I get back to MI. 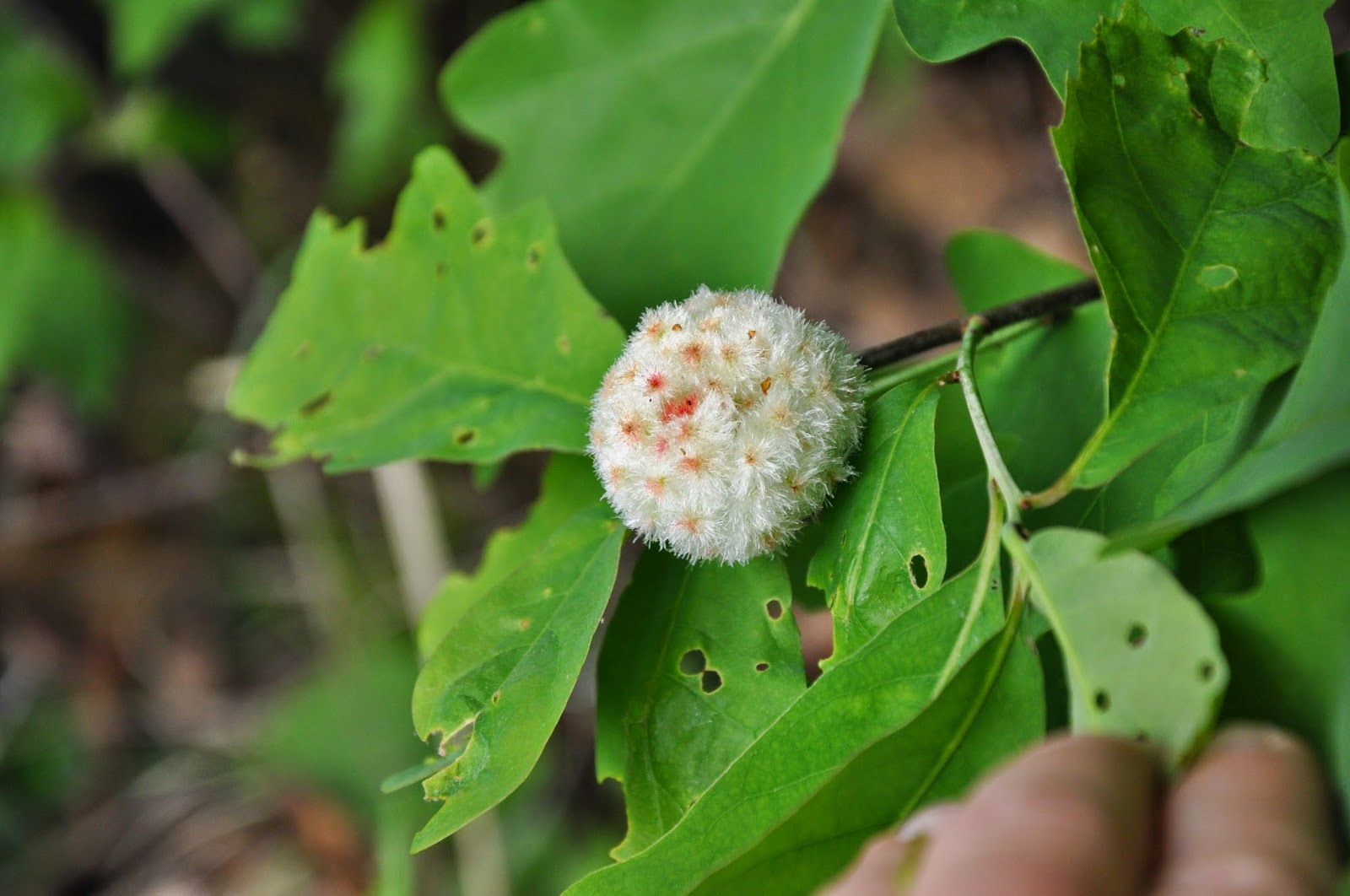 On our way back through the woods to the cars, we found two flowers we'd missed on our way out:  fringed polygala, 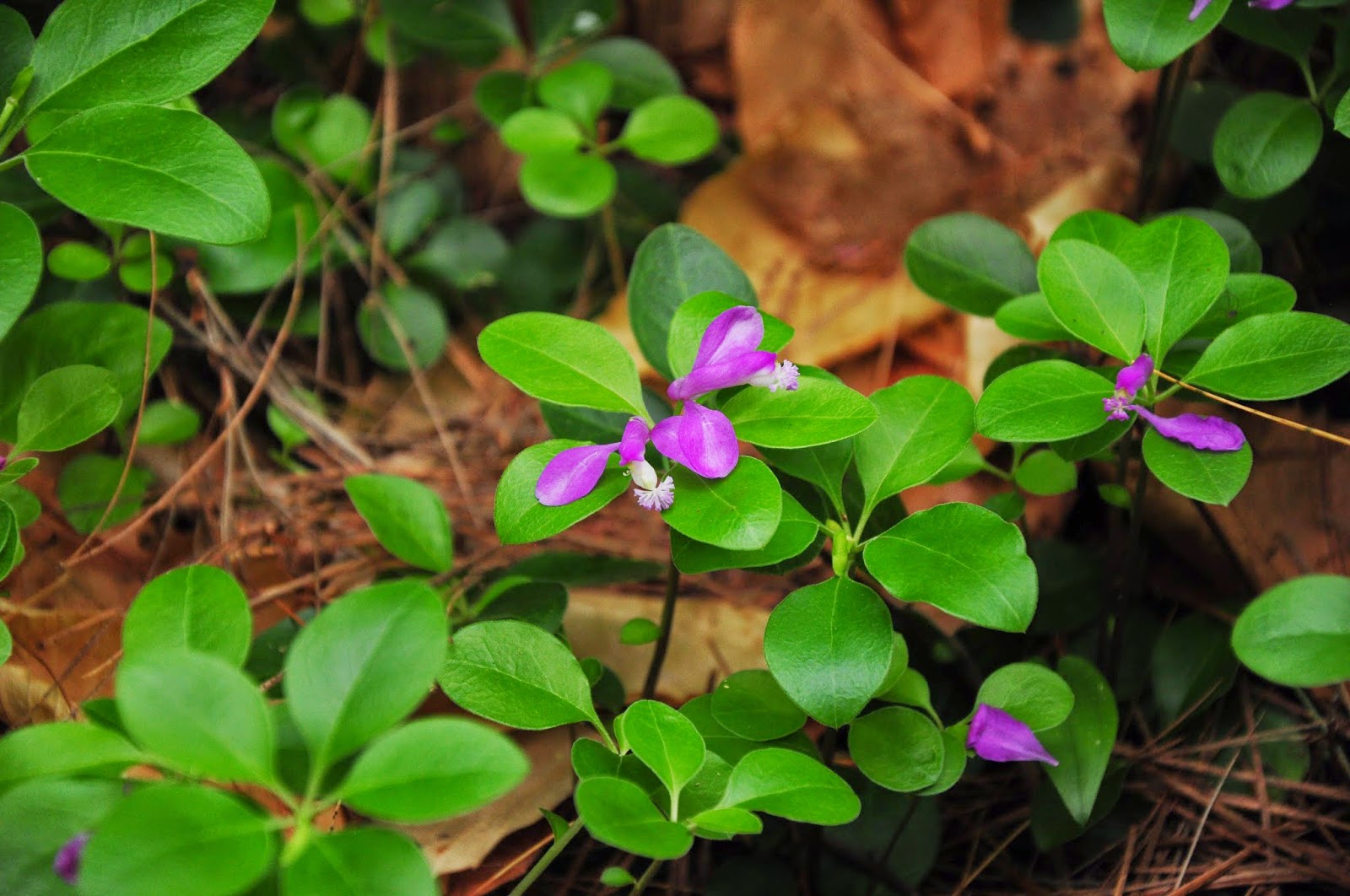 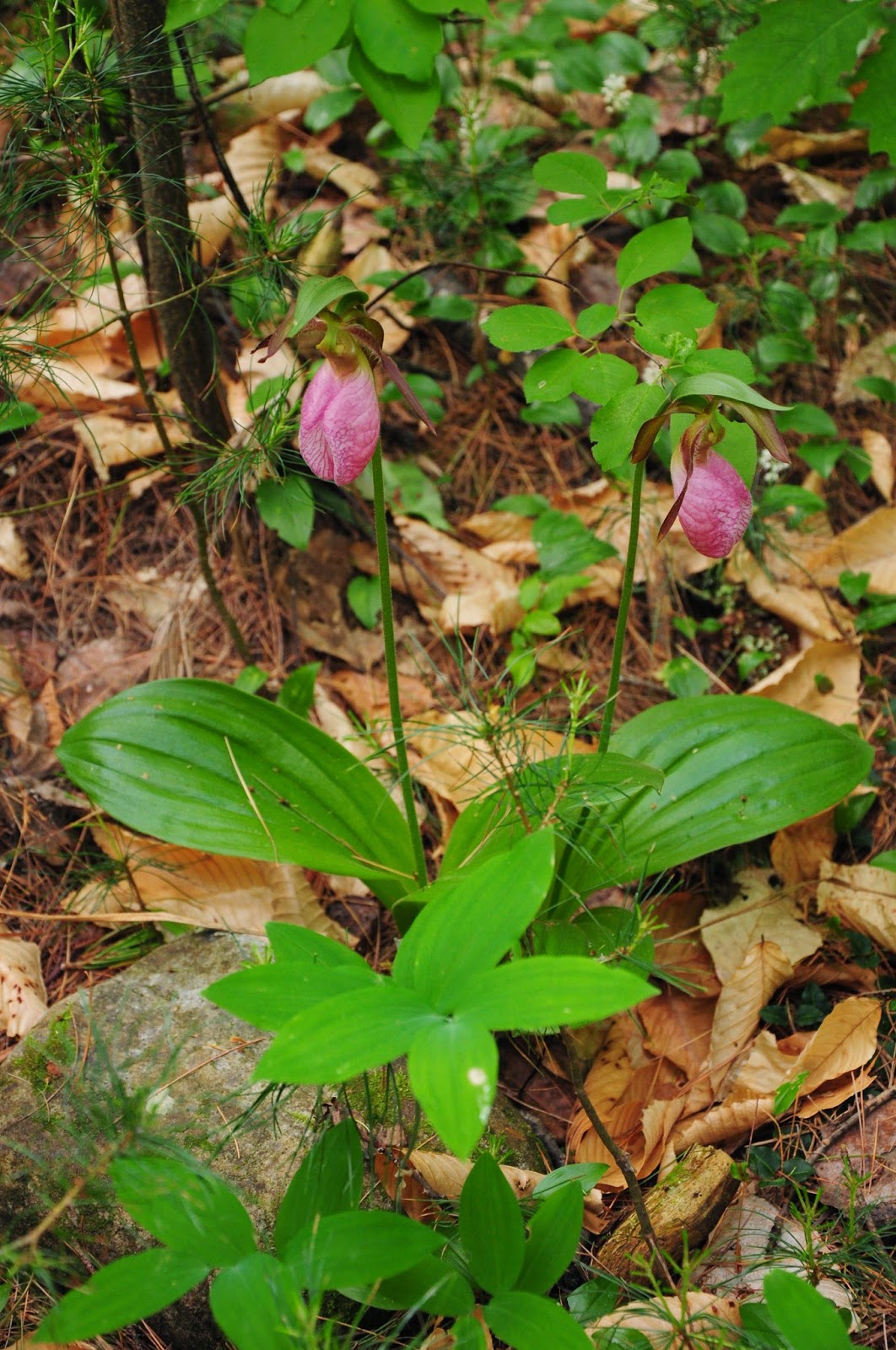 I had been hoping that some of the early (and more unusual) orchids might be in bloom out on the Ice Meadows, but if they were, we did not find them.  The group was pretty tired from their morning excursions, and the heat of the afternoon was starting to take its toll.

We got back to our motel in Tupper Lake after 7:00, and had to search down a restaurant that was still open for dinner.  After a fine Italian meal, we gathered to make our plans for Thursday and then called it a night.  Our first full day in the mountains came to a successful close.
Posted by Ellen Rathbone at 9:38 PM