Another trip, this time to a secret, undisclosed location, brought a bunch of us together to add more orchids, and other plants, to our life lists.

We started off in a needle-carpeted forest, where our first find was one-flowered pyrola (Moneses uniflora). 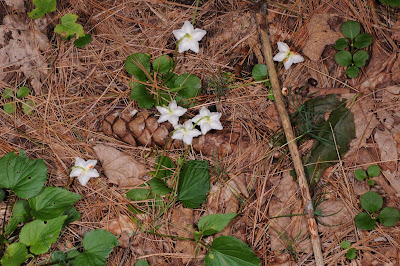 This is another of my favorites. I first saw it a year or two ago on the property at the VIC. From above it's a nice star-shaped flower, but from a snake's point of view, looking upwards, it is quite exquisite. 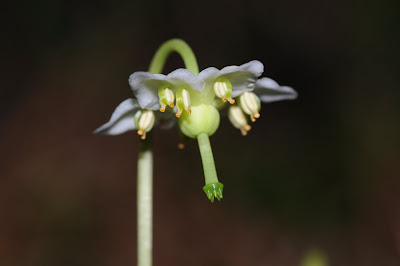 A second pyrola, this time one-sided (Orthilia secunda) was spotted further down the forested slope, where the ground was a bit spongier - we had to start watching our steps. 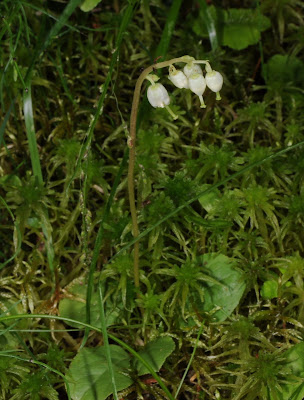 In the forested wetland proper, we found a third pyrola: Pyrola asarifolia, or pink pyrola. This one is on the NYS rare plant list, listed as threatened. Unlike the other pyrolas, this one was astonishingly large. And there were several of them, all shining in patches of afternoon sunlight. 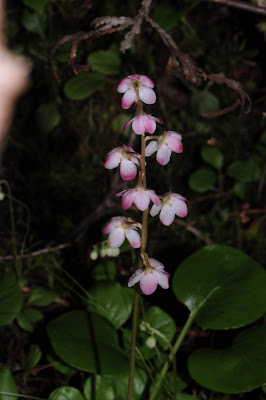 But the star of the show, the flower we'd come to see, was the showy ladies slipper (Cyprepedium reginae). Our guide, "Fred", had been here earlier in the season and had found five in bloom. Today there was just one - the deer had eaten all the others. 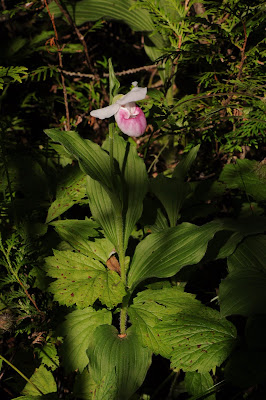 We all lined up to take turns photographing this remaining specimen. Fred told us that once upon a time there were over a hundred showies in this location, but time marches on and in a forest that means succession. The surrounding trees have grown up and are now providing too much shade. There were plenty of plants, but only a handful now can store up enough energy to create flowers. 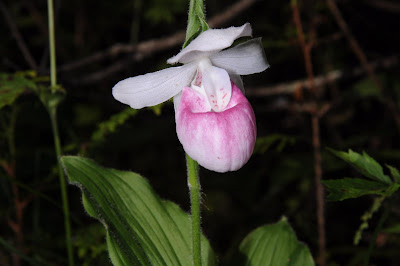 "Phil", another member of our group, found a lone bud. We are all hoping it has a chance to bloom before the deer eat this one, too. 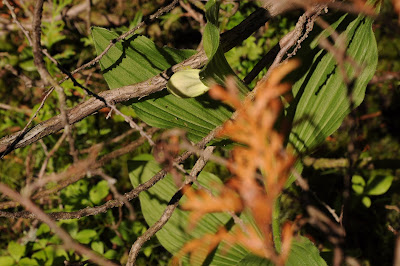 Another orchid was present in pretty good numbers: the northern green orchid (Platanthera aquilonis). Not nearly as showy as the ladies slipper, it was still a beautiful find. 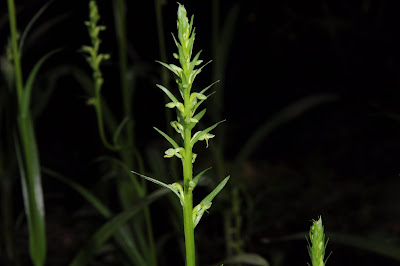 Here you can see a sample of the number we found. 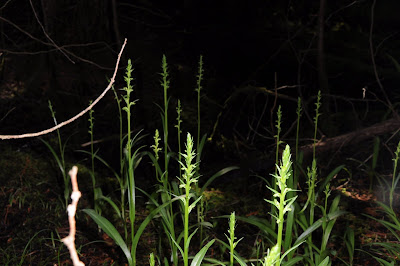 Fred really knows the mosses, and pointed out Sphagnum wulfianum, a robust sphagnum that was growing quite well around the edges of this woodland fen. 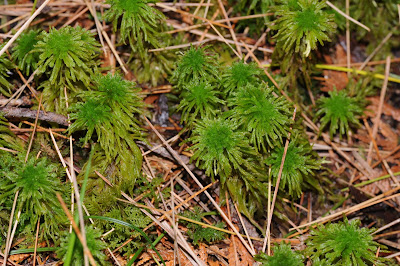 One of Fred's favorites was this moss: Rhytidiadelphis triquetris. I think a large part of the fascination is the name, which just rolls off the tongue. 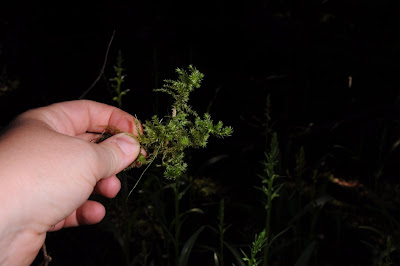 We found several stalks of this wool grass. None of us are sure what species it is...I'll have to ask Fred. 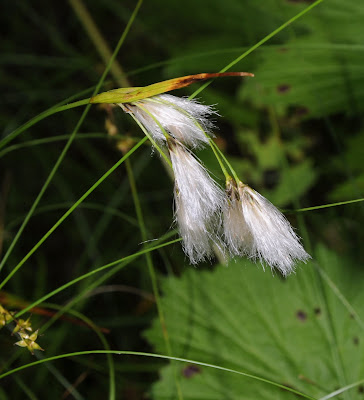 Christmas fern (Polystichum acrostichoides) is in full reproductive mode these days, for I keep finding it with its fronds curled up at the edges. This is because of the sporangia on the underside. 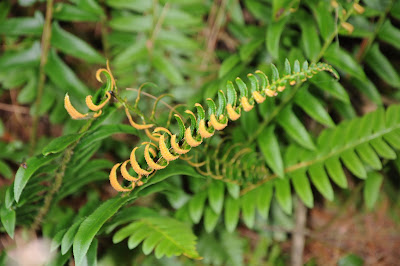 Fred pointed out a new fern for most of us: crested fern (Dryopteris cristata). None of us are quite sure why it is called "Crested". I"ll have to do some research on this. 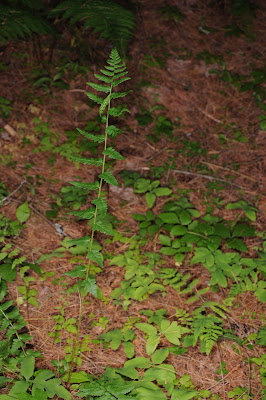 Dwarf scouring rush (Equisetum scirpoides) was another rare plant and a good find for us. How anyone could spot this small, wirey plant is beyond me! It blended in with the needles and mosses and other debris on the ground, making it difficult to photograph as well. 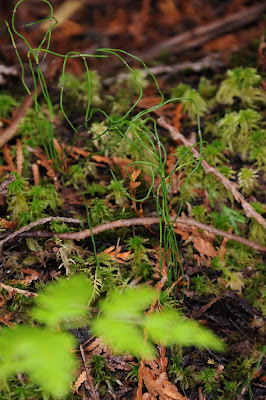 Many thanks to Fred for taking us to see all these wonderful rare plants. And even though I stepped through the mosses at one point (I was back on the slope of the forest, by the way, so who knew it would be so hazardous?), sinking up to my knee in the muck below and had to be hauled out (almost leaving my boot behind), it was a terrific day.
Posted by Ellen Rathbone at 11:45 AM