Friday afternoon the monarchs were in fine form in my yard. The New York Ironweed is in full bloom and the butterflies were all over it. Despite this, they refused to sit still for a photo session. As soon as I snuck up on one, it would flit to the other side of the plant, or to a plant in a different bed. At one point I watched three (!) drift in together, silhouetted against the blue sky - what an image it would've made! 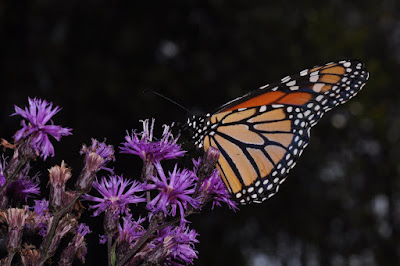 Aren't these delicate pink flowers delightful? They look like tissue paper creations. They are the greatly enlarged (via photo magic) blossoms of one of my heathers. 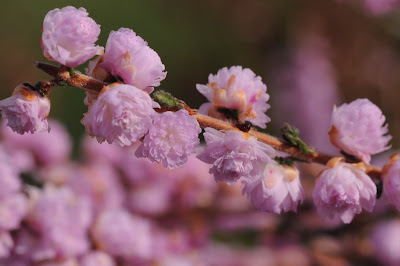 It seems to be the time of year for shades of purple. Here is our native monarda, a lovely lavender flower. The bees were very happy to have these around, since most of the season's flowers have already called it quits thanks to the excessive heat and lack of rain this summer. Goldenrods prevail, and in my gardens, the native bee balm is still doing well. 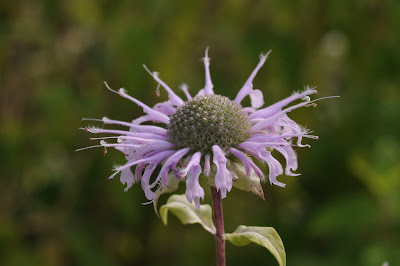 I really got quite a kick out of watching the bees as they scrambled around the circle of flowers, shoving their heads inside each one in hopes of finding a little nectar. I have a video of it, but it refuses to post today. I'll try again later in the week.
Toby and I walked down to the pump house in the evening. I can't help but chuckle and shake my head in amazement every time I pass over this latest addition to the town: 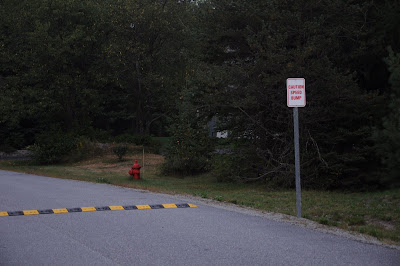 Yes, Newcomb now has a speed bump! And don't you love that the warning signs are about three feet in front of it?

Apparently a local resident was complaining about the speed of the cars going to and from the golf course. So, now we have a speed bump, on a dead end side road.


As we came around a bend in the road, a flash of white caught my eye - a red-tailed hawk flying up to rest on a utility pole. 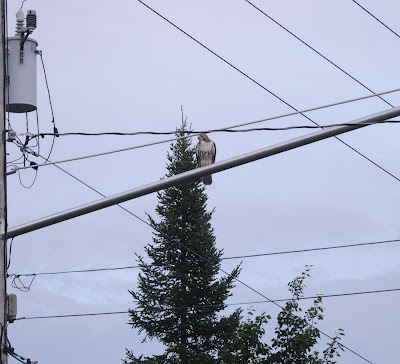 The neighborhood blue jays were none to pleased and were calling out in near hysteria. Eventually the hawk became uncomfortable. You can see it crouching here, getting ready for take off. 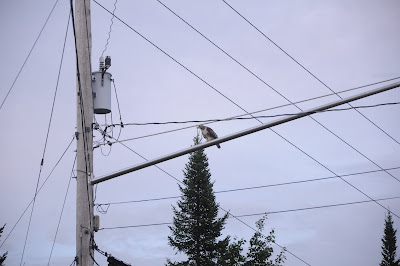 And away we go! 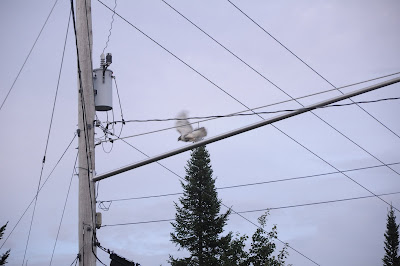 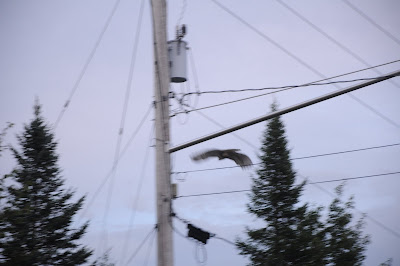 Posted by Ellen Rathbone at 3:16 PM