Yesterday evening we had a Woodcock Watch at work.  'Tis the season to go forth to open areas to watch and listen for the courtship ritual of this goofy bird.

The woodcock (Solopax minor - which translates as "little lover of bogs") is a chunky little bird, a bit bigger than a robin.  It looks like it was made by someone who hadn't much of a clue about birds.  It's got stubby little legs, a chunky body, and this dinky little head stuck on top.  The head is squashed in from the sides, make it very narrow when viewed from the front.  The eyes, which are huge, are placed back where one might expect ears - on the sides and slightly toward the top of the head.  This affords the bird phenomenal scope when keeping a lookout for predators:  it can see forward, backward and above.

Then it's got this really long beak (about 2.5 inches).  The beak is designed for probing the soil for invertebrates, especially worms, which are it's favorite food.  The bones and musculature associated with the beak are specially constructed so it can manipulate the very tip of the beak (open and close it) while it is sutck in the ground.  Additionally, the lower side of the upper mandible, and the tongue, are very rough, allowing the bird extra grip when going for slippery foods, like worms.

Next we have the ears, which are located between the eyes and the beak!

And if all that wasn't enough, the brain is actually upside-down.  The cerebellum, which is usually located on top of the brain, has been relegated to the base, right above the spinal column.  Scientists speculate this arrangement is all because of the placement of those very large eyes.

So, like I said, this is one weird bird.  And we weird nature nuts flock out to fields every spring to watch the courtship ritual.

Because the bird doesn't start to do its thing until after the sun sets, we started our program with a campfire and marshmallow roast. 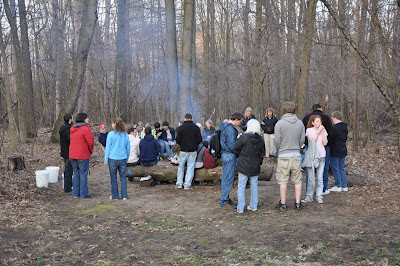 About 40 people showed up!  We brought supplies for s'mores for about 20, but fortunately we were able to stretch the goodies so everyone got a s'more who wanted one. 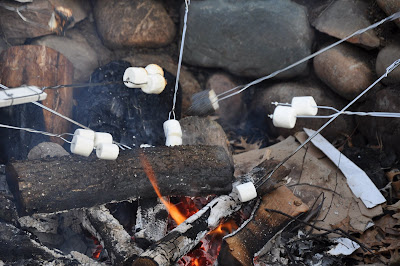 There were a couple boys from Korea there, for whom the whole experience was new.  They decided s'mores were pretty tasty. 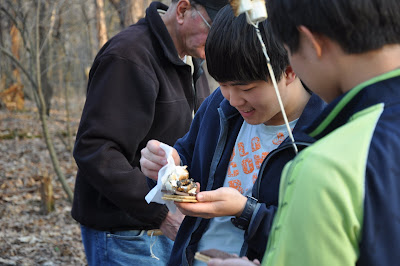 It was heading for 8:00 when we started the walk out to the prairie. 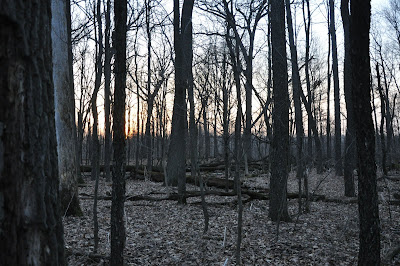 Once out in the open, we divided the group into two smaller groups.  Carrie took one batch out around the north end of the grassland, while my group stayed near the southern end. 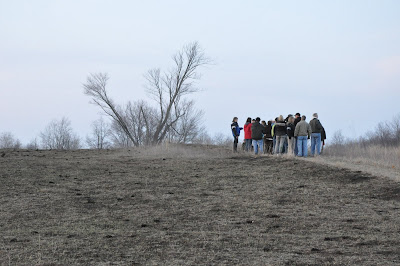 And we waited.  I had everyone sit - luckily the ground was mostly dry.  We wanted to stay low so that our very obvious human profiles would be less obvious to nervous birds. 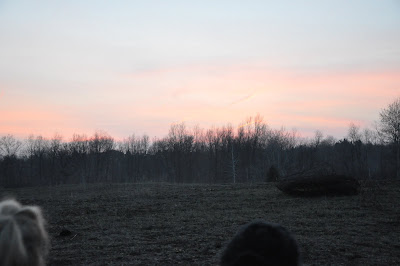 What were we waiting for?  When the male woodcock decides it is dark enough, he starts to strut around in the open, making a nasal peent sound.  He does this for a while, and then, suddenly, he takes off, flying in an ever-widening spiral upwards, sometimes reaching an altitude of more than 300 feet!  As he flies, his wings make a distinct twittering sound.  When he reaches the apex of his spiral, he turns around and plummets to the ground, zigging and zagging left and right, banking sharply, while emitting a chirping sound.  Then he falls silent, puts down his landing gear, and lands nearly at the same spot from which he took off.  He folds his wings, and starts to peent again.  This display is repeated for maybe an hour or so at dusk, and again at dawn.

Meanwhile, if there is a female nearby, she is watching this display.  Should the male find her interested, he will strut stiff-legged in front of her, wings held vertically.  If everything goes as planned, he mates with her, then flies off to find another female to impress.  Needless to say, the male does not stick around to help raise the young.

Our group finally heard a woodcock calling near the southern end of the burn.  After watching the bird take off and land a few times, we waited for its ascent and snuck closer.  When the bird began its earthward plummet, we sat back down.  We repeated this sneaking about three or four times, ending up quite close to the bird.  In the video clip below (you won't see anything - just listen), you can hear the bird where it landed about eight feet in front of me (ignore my "it's five feet in front of me" statement on the recording).  Not only will you hear the peent, but also a little purr sort of sound it makes before the peent, and toward the end of the clip you can hear the twittering of its wings as it flew a short distance away - I think it caught on to our presence and was getting nervous.


Shortly after this recording was made, the second group joined us, and the bird took off.  We called it quits for the night - it was about 9:00.  We heard at least three woodcocks, possibly as many as five.  Not too shabby for an evening's entertainment.
Posted by Ellen Rathbone at 12:11 PM