Winter to Summer in 24 Hours

Wow!  Yesterday the started started off cold and grey and damp, and ended up about 50*F - quite pleasant.  Today we began overcast and chilly, but by noon it was 77*F, and by 4:00 it was 84*F and HUMID!

I had to go into the office today to do some work, and decided to also head out on the trails - primarily to get photos of the prairie three weeks post burn, after rain and warmth.

So, off I went, stopping first to visit my skunk cabbage friends.  Look!  New green leaves have sprung forth from the soggy ground! 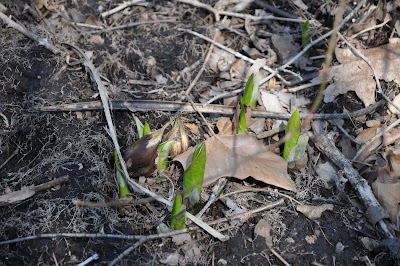 And hidden within the modified leaf (the spathe) is the spadix, the actual flowering part of the plant, complete with little flowers.  There were even a few little flies buzzing around. 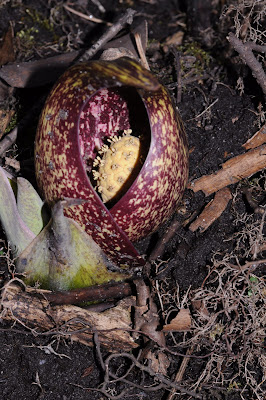 Reaching the "Dug Pond," which I refer to as the muskrat pond because there is a muskrat lodge out on it, I saw some interesting white "things" sitting on top of the floating vegetation.  What were they?  Some sort of seed pod?  Perhaps a bunch of white berries left over from last year? 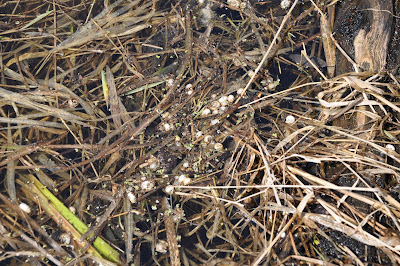 Turns out they were snail shells! 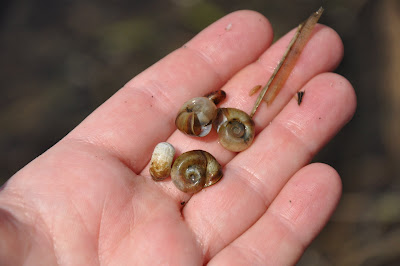 Now, some of you may have noticed in last night's photos that the burn was looking significantly less charred.  If you did, then you get gold stars, each one of you!  Yes, indeed the burn is finally showing some green at a distance.  It's amazing what a little rain (okay, a lot of rain, actually) and some heat will do for plant growth. 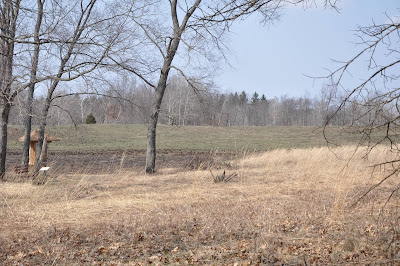 I thought this was interesting, though.  The part that's really looking green is not the restored area, which is still looking quite brown by comparison.  My educated guess is that this demonstrates just why invasive plants are so successful - they out compete the natives, in this case growing more quickly after a disturbance.  Fear not, though, for when examined up close, the restored area does have quite a bit of new growth coming along, too - just not as significant an amount as the rest of the prairie. 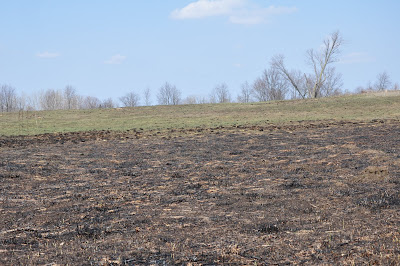 The quaking aspen catkins were looking mighty robust today.  Another example of a flower that we ignore because it isn't showy (and on the ground). 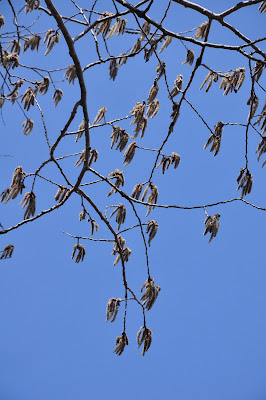 I just love this tree. 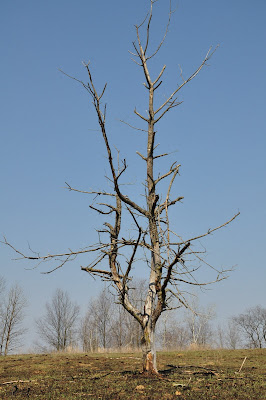 I visited one of the coyote dens.  The bits of grass Mickey had placed across the entrance are gone.  Hm.  Activity?  Or merely strong winds? 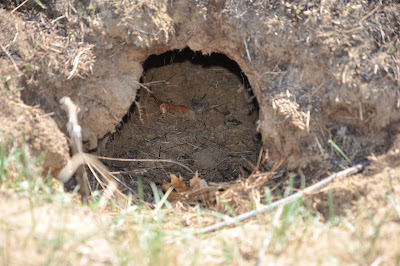 Here's what I mean by strong winds (that's my hair blowing about):


There were tree swallows galore flying all over the grassland.  Plenty of insects on hand today, thanks to the extremely warm weather.  They were having a feast, and perhaps even enjoying flying on the strong winds.  I watched this pair for quite a while at the nest boxes. 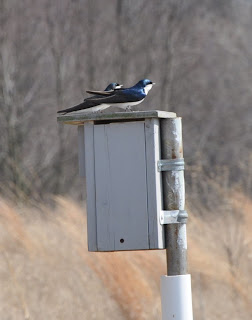 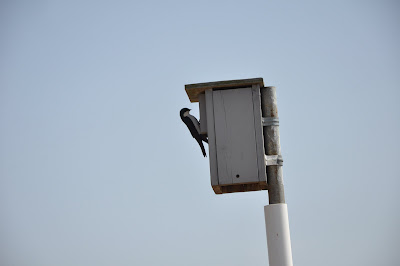 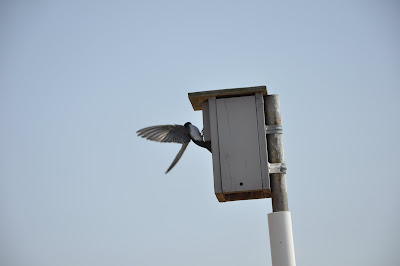 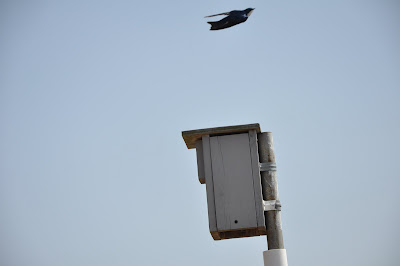 I headed next to the glacial pond, where the spring peepers, northern chorus frogs and wood frogs were all in full voice. 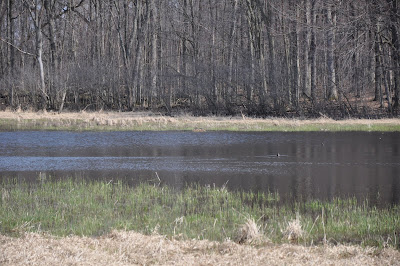 Saw a nice pile of painted turtles out on a hummock.  How many can you count? 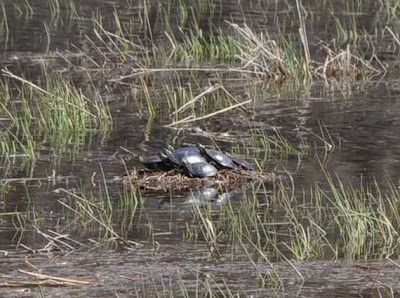 While I was sitting on a log, enjoying the sounds of spring, I heard a rustle and looked down by my feet.  A large garter snake had crawled out of a tuft of grasses and was sliding beneath my legs...until I moved my hand to get the camera, at which point it did a 180 and zoomed back into the grasses.  I waited patiently and shortly it crawled back up and onto the log.  I noticed its belly was rather large - perhaps it found a good meal in that tuft of grasses at the marsh's edge. 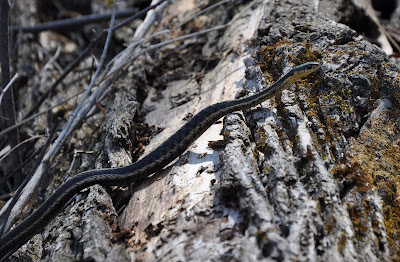 I also saw several dragonflies - they were out and cruising the marsh.  It was as though we skipped spring entirely and went directly to summer today.

The heat was beginning to get to me, though, and I had finished up the bottle of water I brought.  It was time to head back home.
Posted by Ellen Rathbone at 8:29 PM