On Sunday, GREAT (the Grand River Environmental Action Team) hosted another paddling trip, this time on the Grand River.   In fact, this trip was co-hosted by my workplace as well - the Dahlem Conservancy.  Despite having a cold (which laid me up for 24 hours Thursday-Friday), I loaded my canoe on my car and drove out to the put-in site, which was north of the City of Jackson. 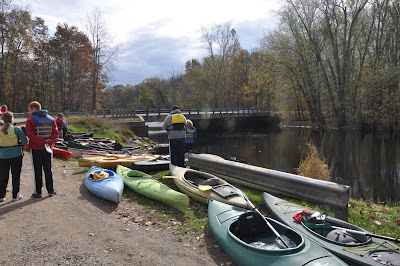 The weather report was not too reassuring.  Overcast and chance of rain, but mostly sunny in the afternoon.  So, I bundled up with a turtleneck and a new woolly jumper.  I had raingear in my dry bag, and an extra pair of wool socks.  Of course, just as we launched, the sun came out, so I packed my sweater away in the dry bag, only to regret it about five minutes later when the sun disappeared for most of the rest of the trip. 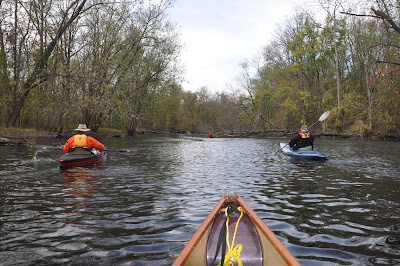 Still, weather aside, it was a very nice trip.  A large number of folks came out for the paddle, the last one of the season to be hosted by GREAT.  The Grand River had its beginnings just a bit south of Jackson, in Liberty Township. 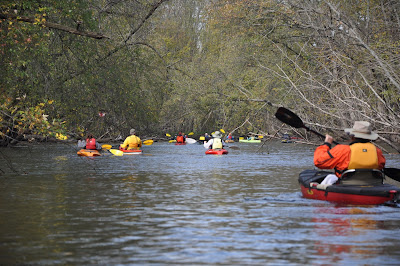 The Grand lives up to its name, being the longest river in Michigan.  It runs a whopping 252 miles, eventually depositing its load in Lake Michigan. 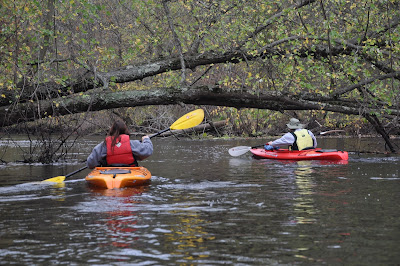 This stretch of the river was fairly wide and had a good, steady current.  In fact, the current was just strong enough that it made for some interesting paddling, especially when it came to going under or around downfalls. 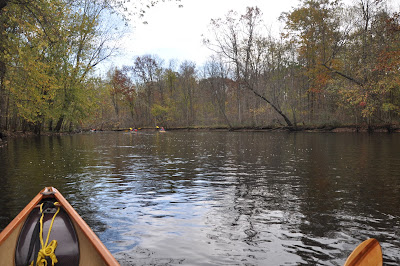 The area in general, along this stretch, is quite flat.  In the spring, the river will rise about four feet, flooding these lowland forests.  In many ways, this stretch of river reminded me of the Passaic down in New Jersey, where it flows from the Great Swamp National Wildlife Refuge. Back in the early '90s I worked for the Somerset County Park Commission at their Environmental Education Center there in the Great Swamp, and as one of the two canoe trip leaders, I did a number of paddles on the Passaic. 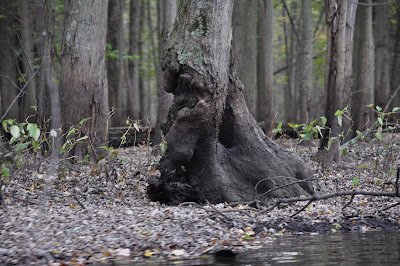 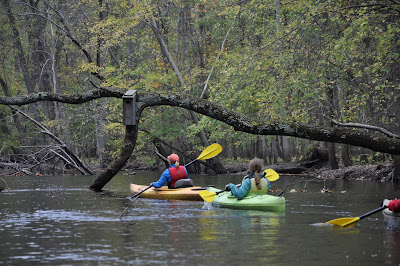 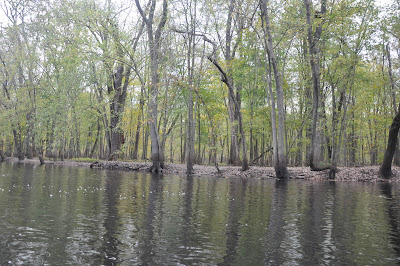 We had had a LOT of strong winds blowing Saturday, so many of the colorful fall leaves had been blown from the trees.  These were about the only ones we saw this day that had any color left. 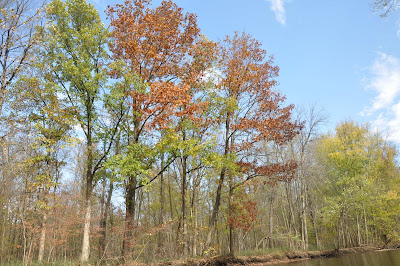 Near the end of our paddle, we came around a bend where there was a bit of a "cliff."  It made for a nice change of pace in the scenery. 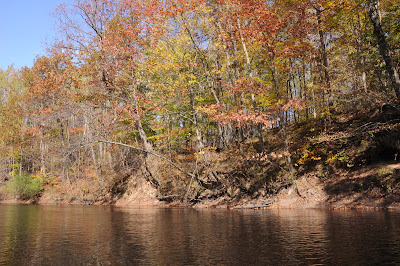 This old railroad trestle caught everyone's eye.  I wonder if it is still in use. 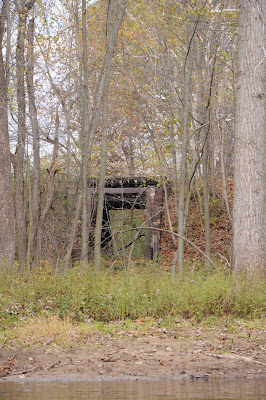 About two-and-a-half hours after we launched, we were paddling up to our destination:  a small county park where GREAT hosted a picnic for the paddlers. 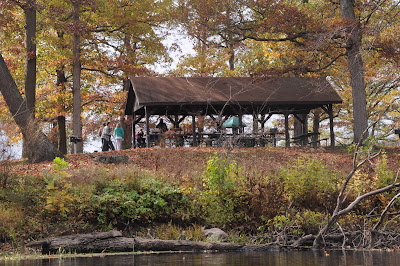 The take-out site was a bit sketchy - no shallow, sandy-bottomed shoreline for easy egress. 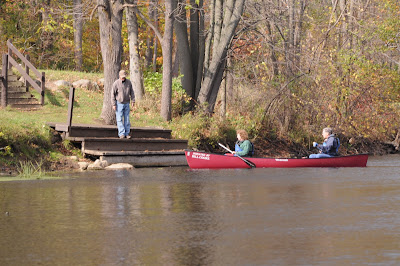 We dodged the rain, had good food (thanks, Debbie & daughter), and introduced a few more people to one of Michigan's famous waterways.
Posted by Ellen Rathbone at 1:11 PM