My folks were visiting for a day this weekend, so we took advantage of the break between rain storms Sunday to visit the Waterloo Farm Museum which was having an antique tractor and engine "show."  It was glorious weather to be out at a "fair." 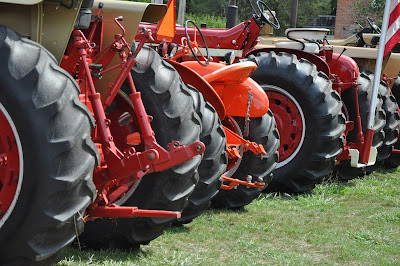 They had a number of old engines there, sputtering and phutting along,either just making noise, running a fan, or pumping water, as seen here. 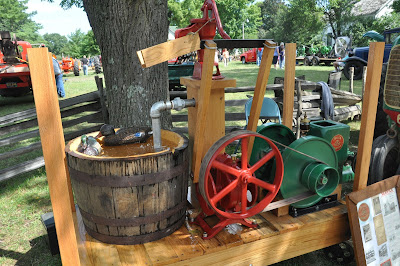 They had a gentleman doing flint napping - and for a small fee folks could try to make their own points.  I was very tempted, but in the end just settled for a couple photographs. 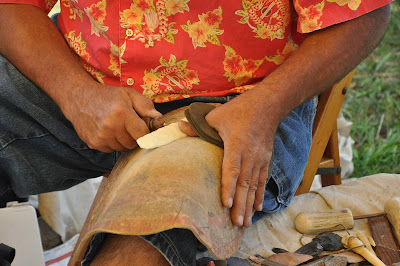 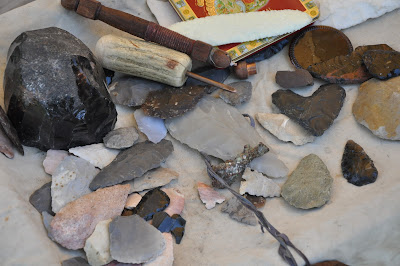 The woman with the antique sock-knitting machine was also there - I saw here here last winter when I was out for the Victorian Christmas festival they had.  It was much easier to see the machine in action out in the daylight under a tent, rather than in a small dark room in the house. 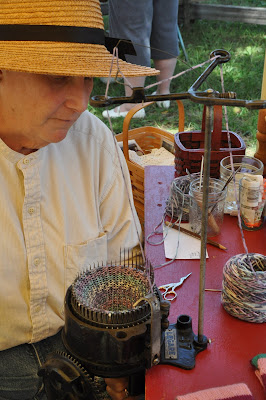 It's a fascinating machine, and if she wasn't having to talk to folks who were full of questions about her contraption, she could probably whip up a sock in less than half an hour.  It really does zip right along. 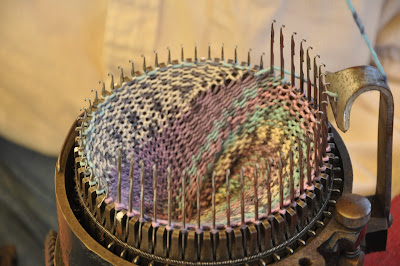 Part of the museum grounds feature a small garden with the "three sisters" growing:  corn, beans and squash. 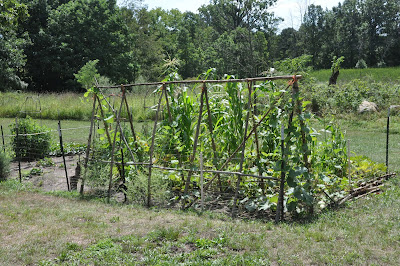 In this case much of the squash was actually gourds.  I may give gourds a try next year - they seem like fun things to grow. 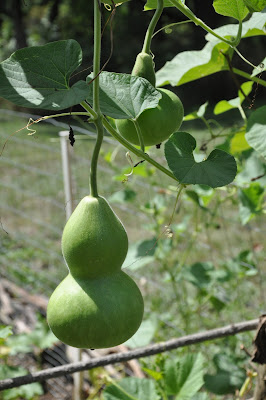 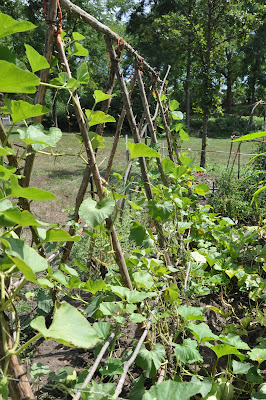 Sadly, they didn't have as many of the buildings open (like the spring house), and the old cabin, instead of having interpreters inside showing how life was lived back 150 years ago, featured two young boys and their guitars.  Not quite the same thing. 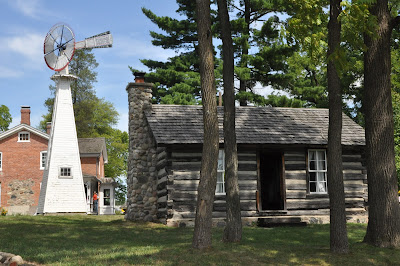 A very popular exhibit was Steve Hopkins and his wood turning machine. 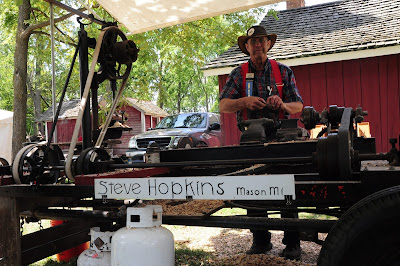 For a very modest fee ($5), Steve would turn a wooden mallet or rolling pin for you.  Of course, I simply had to have one, and dear ol' Dad thought it was proper as well, so he commissioned this mallet with the walnut head. 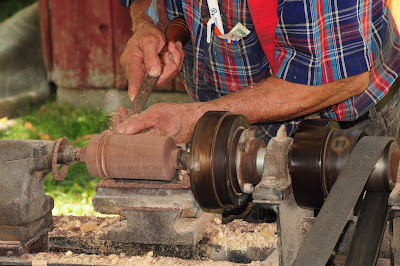 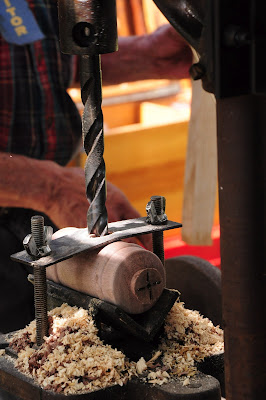 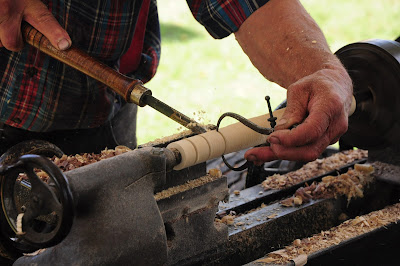 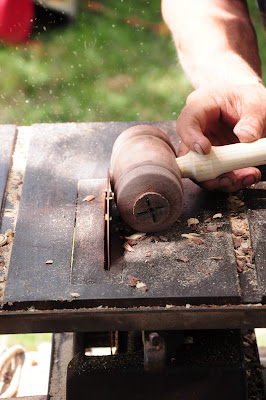 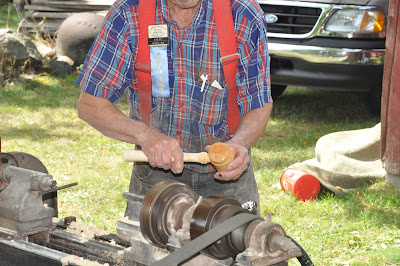 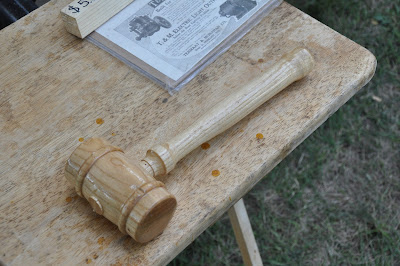 I just love the idea of being able to make a tool with what is around in just a short amount of time.  Unlike me...if I need a hammer and I can't find one, I'm inclined to go find a rock to use.  A bit more primitive than turning on a machine and making a mallet from scraps of wood that are lying around, but equally effective.

There were also some pretty neat old tractors on hand, like this steam-engine model.  They fired this one up later in the afternoon, and with a roar and a belch of smelly black smoke, it was up and running. 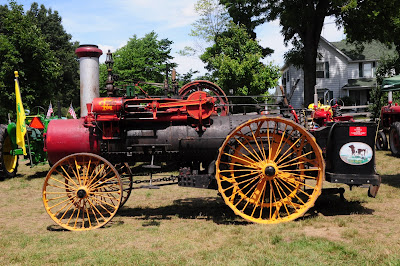 All in all, it was a very pleasant way to spend part of a day.  Michigan has a rich agricultural history, and it's great to see how things used to be done "in the old days."