It's a Small, Small World

One day last week I was out weeding the veg garden (just in case) and noticed a splash of yellow on the lawn. At first I thought it was the first dandelion, but it was in fact this lovely viola. 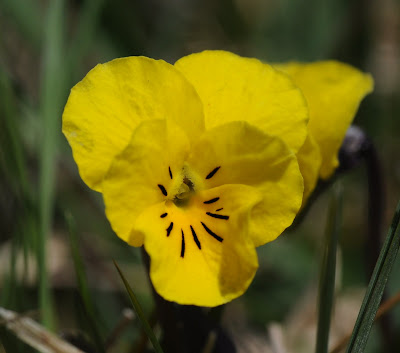 Looking around, I saw several more in bloom or budding. Then I saw this purple-edged one. Look at those lines near the throat of both flowers - these are there to guide the bees into the flower for a sip of nectar. Don't be fooled though - it's all part of the flower's plan to get itself fertilized. Those stripes are like big neon arrows saying "Eat Here!" 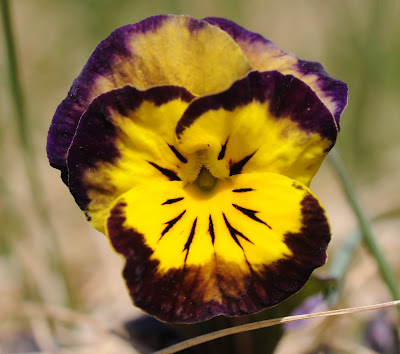 Isn't this a great flower head? This is from last year's purple stachys. In the summer the bees love it, and even now it hangs on to its beauty. In fact, so many of last year's flowers left behind great skeletons that I thought I'd share some with you. 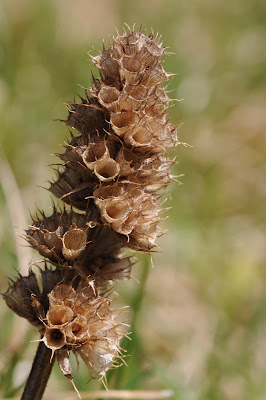 Garlic chives - large purple flowers, flattened and twisty leaves. Lots of seeds. It spreads rapidly, kind of like regular chives do. In other words, this is a plant to keep an eye on in your gardens. 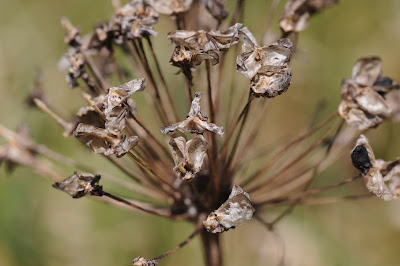 Here's the dried flower stalk of verbascum. It's related to mullein, which is why it (maybe) looks familiar. 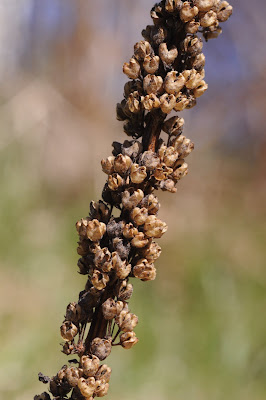 You can probably guess this one with relative ease: echinacea. 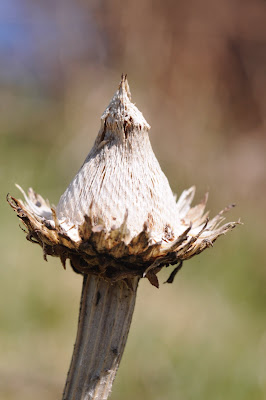 A few days earlier, I discovered some interesting things growing on my wooden lawn beaver. I've had this beaver for over 15 years - bought it in NJ. The years have not been kind to it; between the ants and the weather, its taken rather a beating. Still, up close, it has developed some very interesting communities. 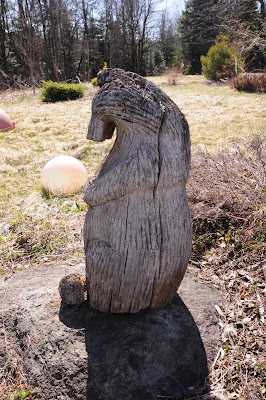 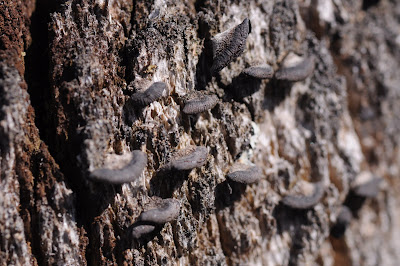 I have no idea what they are, except very very small. 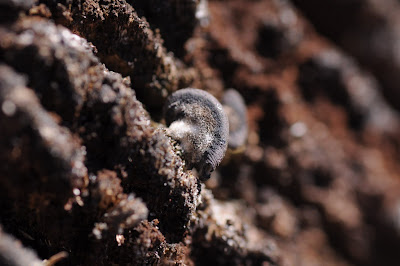 Here's another batch. Are they the same, or something different? If anyone as an idea, let me know! 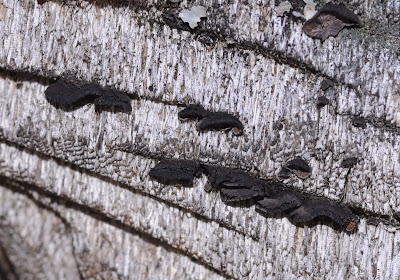 Then there were these wonderful lichens - again, very, very small. They might be a species of Cladonia, but I wouldn't stake my life on it. The two species that I found that might be potentials are wand lichen (C. rei), and powdered funnel lichen (C. cenotea). Lichen experts, please chime in! 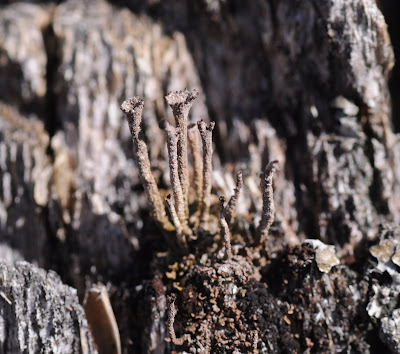 I think this is something else - another lichen, but a different one. Several of these had white tops... 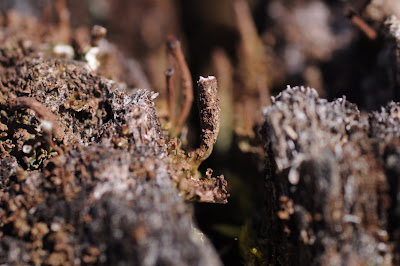 ...but futher examination indicated that it wasn't the top that was white, but the interior, which was showing through because the stem had been broken off. 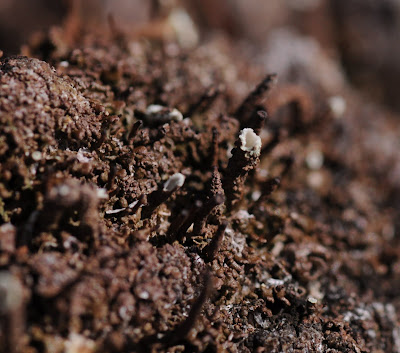 These brown lichens were interspersed with the pudgy "white-topped" ones. Are they part of the same species, or are they more of the first species, just brown instead of green-grey? It's a mystery. Whatever they are, they're small - as in only a very few millimeters tall. 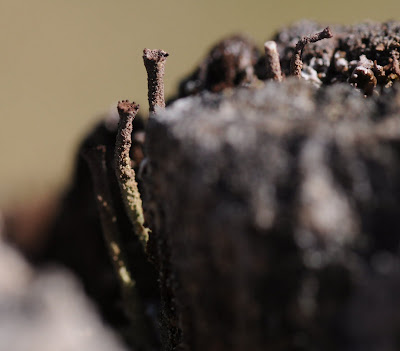 There was also a nice green moss growing on the beaver's head, but none of the photos turned out well.

Slowly, so slowly, the beaver is being reduced to its component parts. One foot has entirely fallen off. The interior is mostly hollow (thanks to the ants). And now the exterior is being worked on by mosses, lichens and fungi. While I'm saddened to see my beaver disappear (it's tail vanished a few years back), it's kind of fun to see what is colonizing it during its decline. Nothing is permanent but change, eh?
Posted by Ellen Rathbone at 3:33 PM