Mouse in the House

The down side of leaving the back door open for the animals to go out during the day is that other animals come in. For the last couple of weeks I have a little visitor leaving "chocolate sprinkles" all over my counters and stove at night. I finally bought a snazzy live trap at the local store (we only have one store in town). Like a Roach Motel, the mouse goes in, but cannot get back out.

So, I've had the trap set for about a week, and yesterday afternoon I noticed the bait had been moved around. Sure enough, I had a capture. This morning I took him (her?) for a long walk. 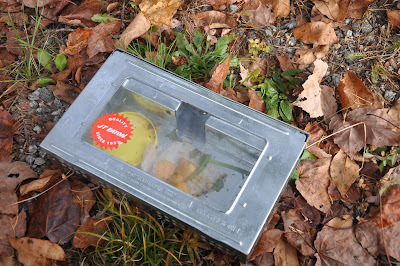 Was s/he just sleepy, or not feeling well? Whatever the reason, s/he did not want to come out. 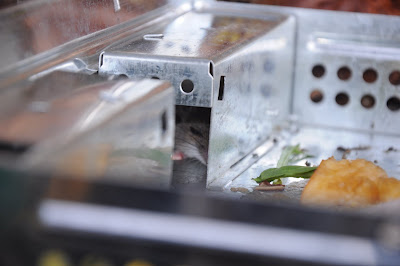 I had to get a little aggressive and shake him/her loose. 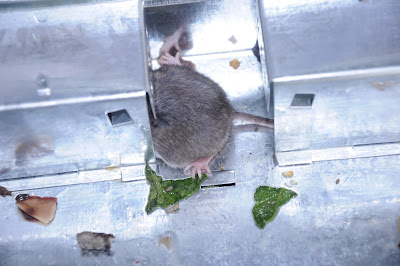 Finally, success. But once out, s/he just didn't want to move. Maybe it was just too chilly. Or maybe the poor thing was just terrified. 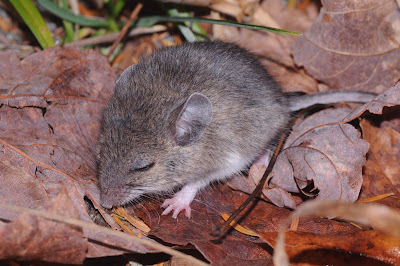 I took a look at the tail to see if it had a little tuft of white fur off the end, a sign of the deer mouse. It didn't, so perhaps this was a white-footed mouse. 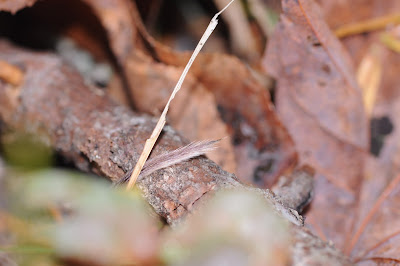 After a little encouragement and some gentle stroking on its head and back, the little thing seemed to perk up a bit. 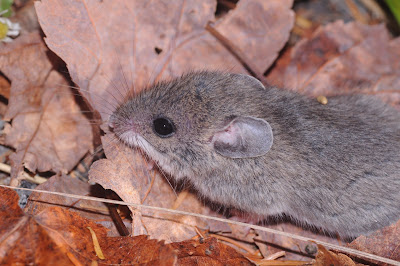 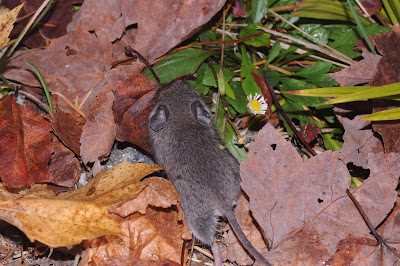 Toby was dying of curiosity and I finally let him take a close look (and sniff). 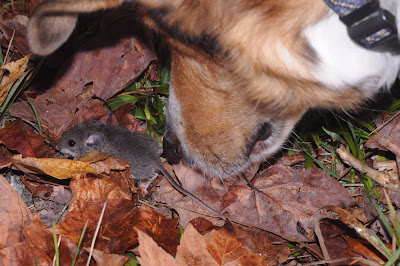 Soon thereafter the mouse slowly scampered into the leaves and vanished. I gathered up my lenses, the trap and the dog, and we headed home.
Posted by Ellen Rathbone at 12:23 PM

Email ThisBlogThis!Share to TwitterShare to FacebookShare to Pinterest
Labels: rodents