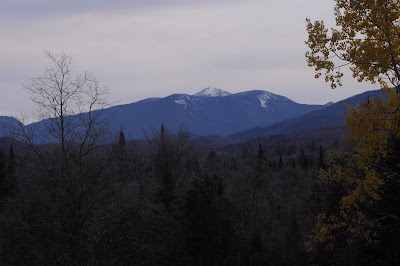 Tuesday a really hard frost hit. We'd already had a couple mild frosts, but this was a true killer frost. Everything was rimed. 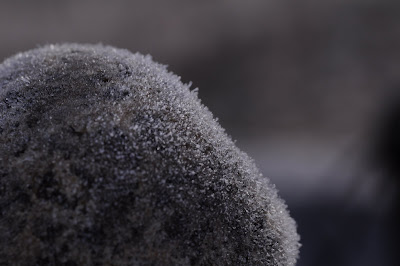 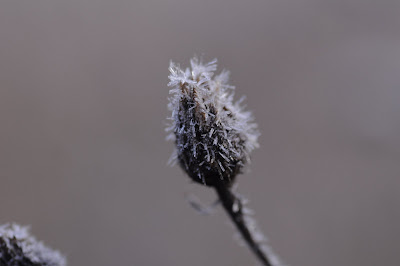 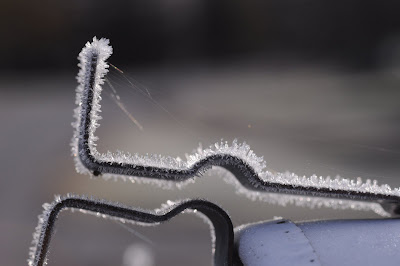 Thursday night snow was in the air, but nothing stuck. This morning, however, we woke to a white world. 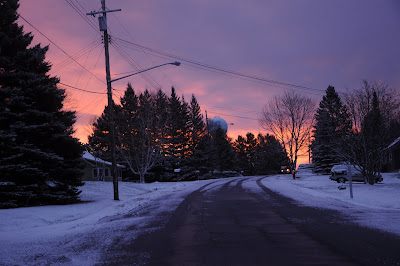 Admittedly, it wasn't a lot of snow (about an inch on the car), but it was enough to send the plows out with sand and salt. 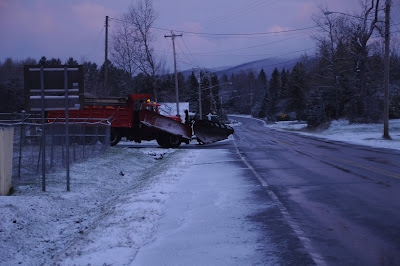 We may cringe at winter's approach (it's too soon), but you can't beat the view of a pink sunrise on a snow-covered mountain. 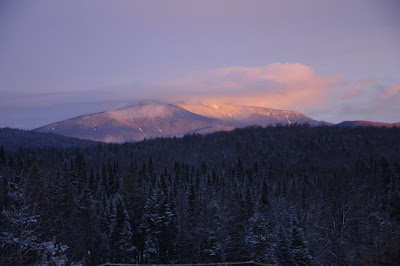 (That's Santanoni, by the way, just in case you were wondering.)
They say that some of the High Peaks already have over a foot of snow. Yep, it seems like winter has its toe in the door (although rumor has it that it will be in the 60s again in the next few days).
Posted by Ellen Rathbone at 9:45 AM