Update on the River

Last night I took the dog and the camera down to the river. WOW! I've never seen the water so high.

At the Pump House: 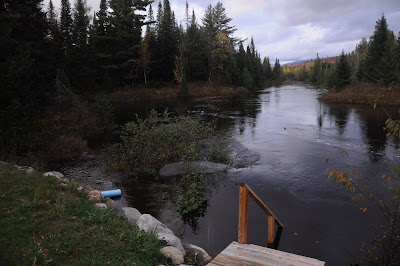 All but the top four steps were underwater, and that rock just above the railing in the photo - that rock is taller than I! Only a foot to a foot-and-a-half remained above the water. The blue pipe is from the pump house - usually 4-5' above the water; last night the water was lapping the bottom of the pipe. 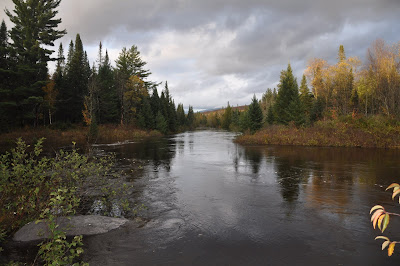 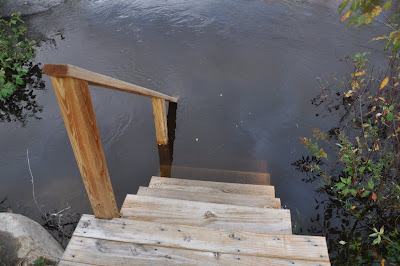 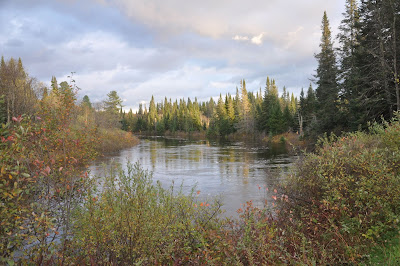 Looking upstream, the river was incredibly wide. Remember the rapids I photographed last month (see here)? There is so much water now that they are silent - completely submerged beneath the flow of the river. 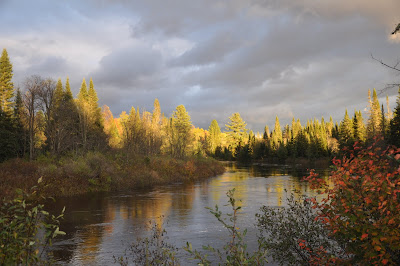 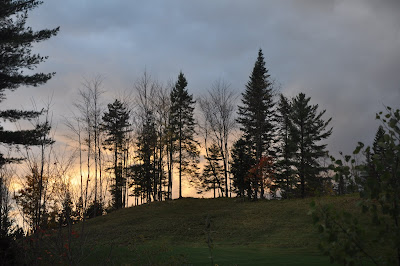 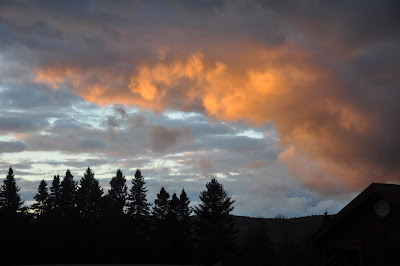 This morning I returned to the river en route to work. I wanted to see if the river had come up or gone down over night. First stop, the pump house.


Back at the Pump House: 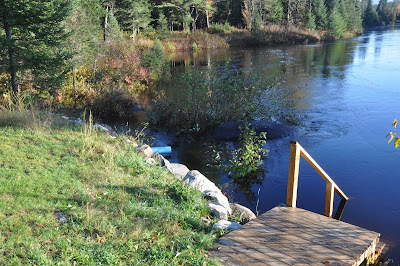 The water has gone down a couple inches, based on the blue pipe and the rock. 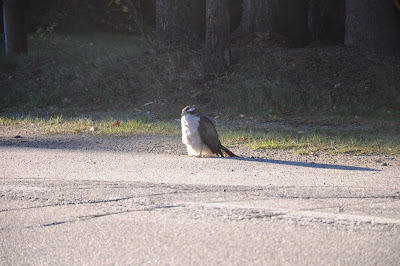 This goshawk was just sitting on the side of the road this AM. I drove by, did a double take, braked, and reversed. Two more cars passed by, and the bird stayed put. I backed up some more to get a closer shot, and the bird finally decided that was too much; it flew off. I suspect it was warming itself up in this patch of sunlight. It was in the mid-30s this AM - brrr.


Up the Campsite Road: 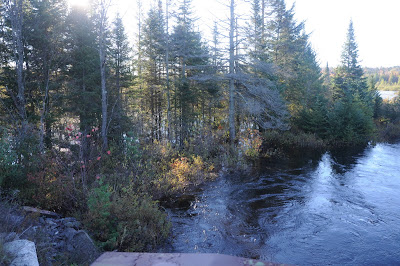 To the left, behind these trees, is more water. Must be a wetland back there - or at least there is a wetland there now! I've never seen water back in there before, but now it is rather extensive. 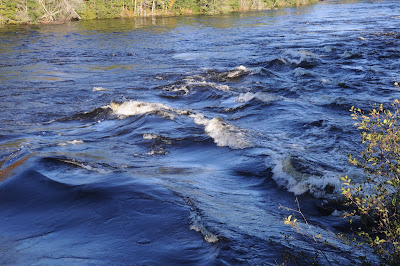 This was a jumble of boulders earlier in the week. 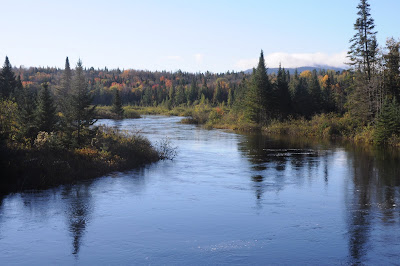 Those banks on the sides were 4-5' high the last time I was here.

Down at the Route 28N Bridge: 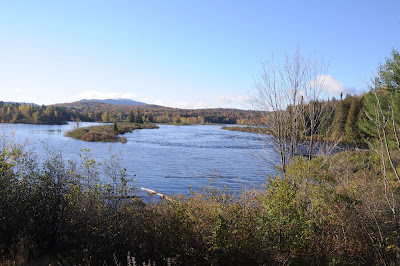 Half the island is gone. 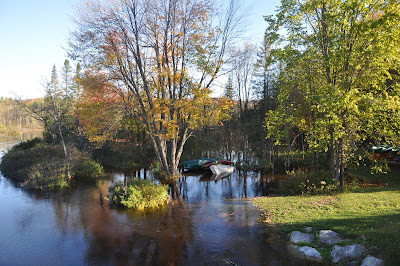 Last night, the water was not as high as the shrubbery on the left. I was so unimpressed last night that I didn't take any photos. Wow - it really came up here in the last 12 hours! 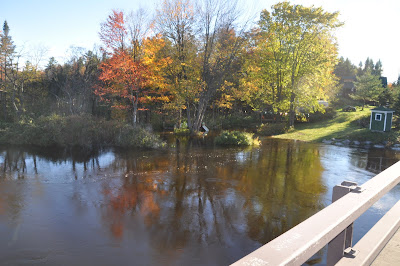 Here's another view of the outfitter's. Ruth told me that she has seen the water up past that little green shed, but only once.

So there you have it. The Hudson River Headwaters, all swollen from our last storm. Mighty impressive.
Posted by Ellen Rathbone at 12:31 PM