It dawned a beautiful winter day here in southern Michigan.  We just had to go out and explore, so off to the MacCready Reserve we went.

This time, however, we headed north first, along the Red Trail. 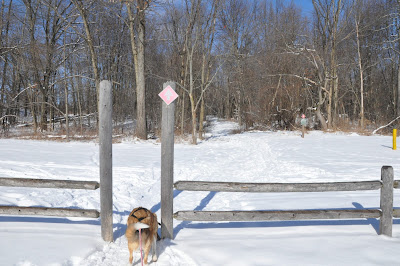 Before long, we were out of the woods and headed toward a field. 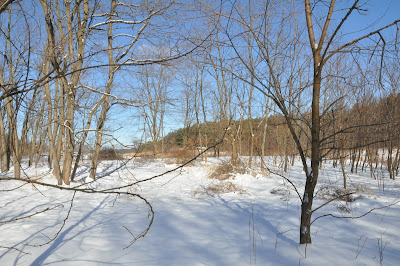 Skiers were out in great numbers, but we had this section of the trails to ourselves.  The path divided, and we followed it up the hill that skirted the edge of the field. 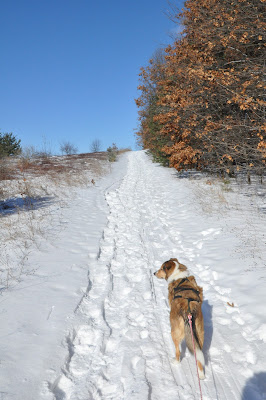 Here is the 180+ degree view of the field from the top of the hill. 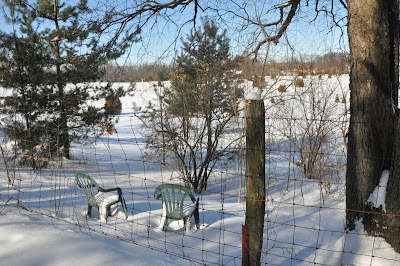 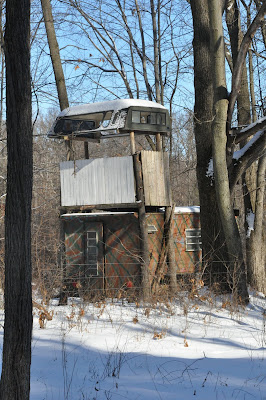 We passed a stand of black walnuts that were conveniently labeled. 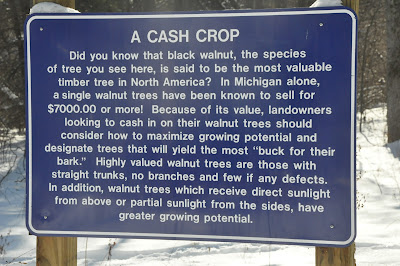 And then we were passed by a pair of skiers.  About twenty minutes later we caught back up to them as they struggled sideways up a rather steep hill. 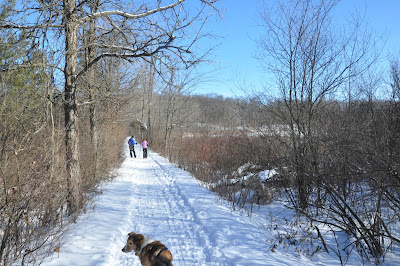 Not all the openings were fields - this one was a lovely wetland.  As you can see, someone braved the ice and snowshoed across it.

Next to this wetland was a sign that is more and more common these days: an invasive species alert. 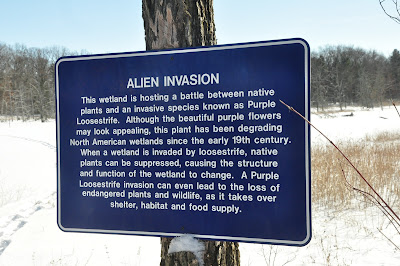 Then there was this pipe.  Why was it here?  Back in the Adirondacks, when one encountered such a pipe, it was usually a local source of spring water. 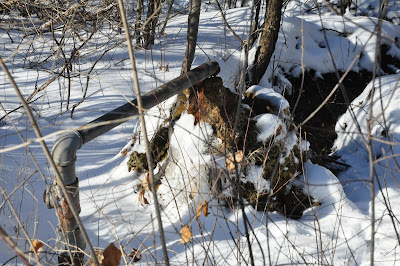 But this didn't look like it had enough room for collecting.  Interesting rock and moss formation(s), though. 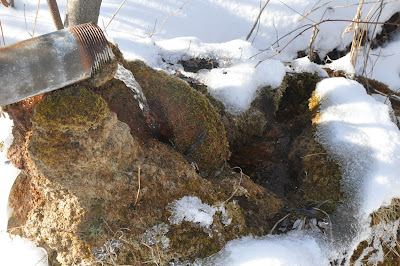 Much of this area was historically oak savanna forest.  Remnants remain, but few and far between. 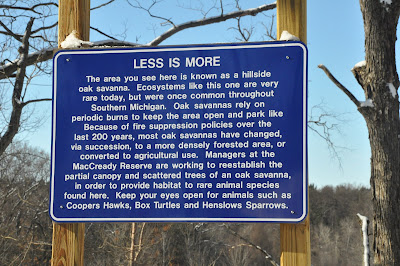 Here's the view of the hillside mentioned in the sign above.

All these signs are along the Blue Trail.  That seems to be the forest ecology trail.  The Red Trail was sans signs, as was the Yellow Trail, which I visited Christmas Day. 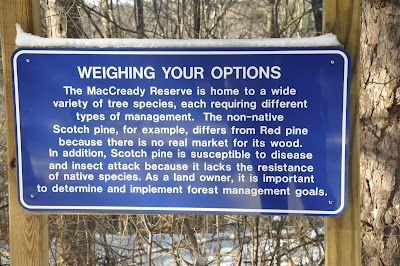 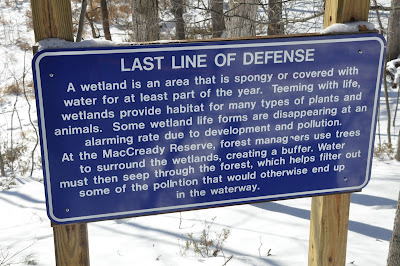 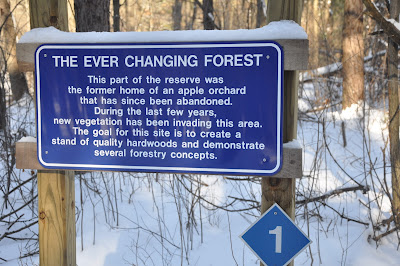 Now, I'm pretty familiar with apple trees going rogue, for they were quite common in the Adirondacks.  However, looking behind the above sign, I didn't see any trees that looked like remnant apple trees (see below). 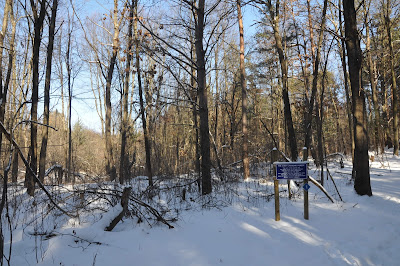 We were out for about an hour and a half, and much of the time Toby spent doing this: 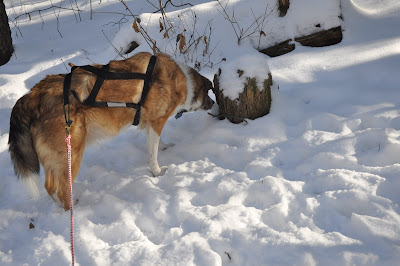 It may have made for some slow going, but it was time spent together, which is always nice.  Tomorrow I'm off to look at another house in the Waterloo area.  I'll take Toby along - perhaps we'll walk along another trial there.
Posted by Ellen Rathbone at 8:08 PM

Email ThisBlogThis!Share to TwitterShare to FacebookShare to Pinterest
Labels: trails