Owl Be Seeing You

I was sitting at the computer working on some permits when my phone beeped.  It was one of our naturalists calling from the trails.  A barred owl was right there by the trail!  Did I want to come and photograph it?

So I abandoned the computer, grabbed my camera, and went out.  Across the bridge, by the catalpas, over near the hay field. I looked and looked, but nothing.

Then, suddenly, silent movement through the trees.  I could see its pale form winging through the woods away from me.  I followed, cutting into the hay field, watching it land, then take off and land again.  I finally was able to get close enough to grab a shot. 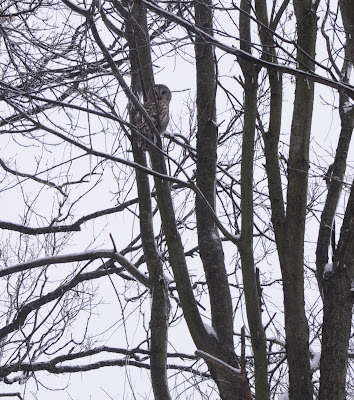 Winter can be a stressful time for owls.  Finding food is a daily struggle for any wild animal, but winter compounds the difficulties, with snow providing cover for potential prey.  Add to that the fact that January and February make up the breeding season for our largest owls.  Stress upon stress.  So, my attempt to sneak up on the bird probably just added to its stress levels, and once more it took off. 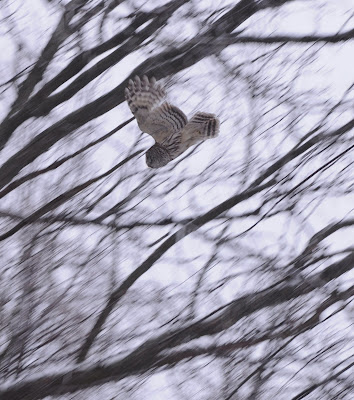 I tracked it through the woods, but finally it had enough of my clumsy efforts and flew into the tangle of trees, effectively vanishing for good.

So, since I was already out there, and this time I had brought my macro lens along, I took my time going back to the building, photographing the berries still covered with ice. 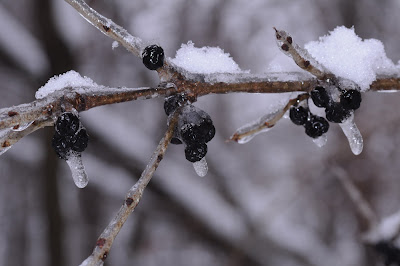 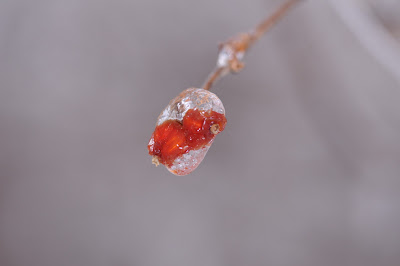 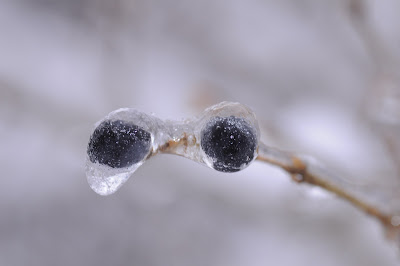 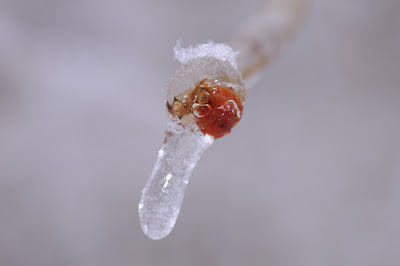 I didn't take time to ID this one, but it is likely another honeysuckle. 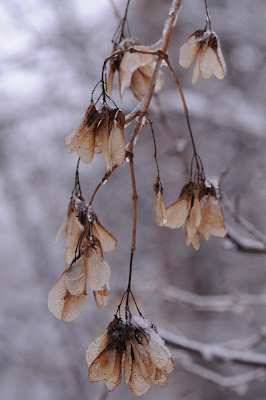 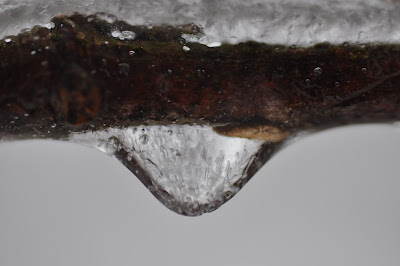 Frosty, frozen droplet
And, finally, who can resist the sound of a babbling brook?  Not me, nor some of my other blogging friends, who also recently posted similar videos!  Great minds think alike.
Posted by Ellen Rathbone at 9:15 PM