Robins and Weasels and 'Possums, oh My!

Well, you'll have to take my word for it, but mere moments before this photo was taken, this crabapple tree, which is in front of our offices at work, was filled with robins, happily eating away at last year's shriveled fruits.  While we all know that many robins do not migrate (or perhaps only migrate a short distance), we still like to cling to the idea of robins as harbingers of spring.  I know I certainly do. 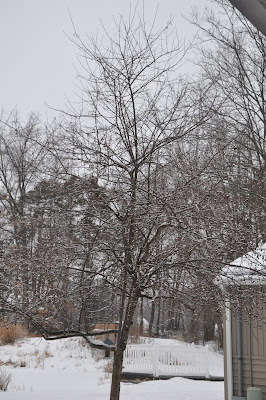 And therefore, since I can't wow you with a crabapple full of robins, how about some mystery tracks we found out back during my Winter Wildlife Signs class today?

This is a series of small prints of an animal loping.  Loping, in the horse world, is essentially a canter.  But in tracking we call it a lope.  There's one foot print, then two in the middle (sometimes so close together that they look like one), and finally a fourth print.  This set of four is followed by a space, and then they repeat, ad nauseum or until the animal changes its mind and its gait. 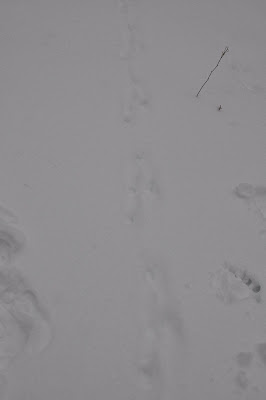 Now, were I back in the Adirondacks, these are the animals that would immediately come to mind when I see this pattern:  fox, coyote, fisher.

We don't have fishers here, at least not in this part of Michigan, and these tracks are just way too small (and too close together) to have been made by a coyote or even a fox. 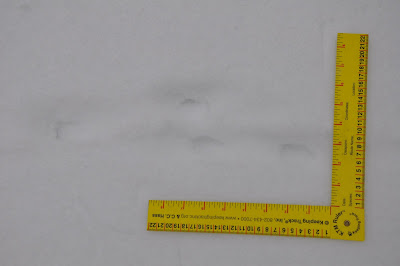 Snow had been falling most of the day, so any evidence of actual footprints was gone.  Even so, my mind kept trying to put five toes into the prints I could see.

Based on size (and the marginally possible toe prints), I was leaning toward this being one of the smaller members of the weasel family: either the mink or the large-tailed weasel.

Now, large-tailed weasels are not large animals.  In fact, they don't even qualify in my book as medium-sized animals, but everything is relative.  Even if we were to think of them as medium-sized, their feet are still quite small.  These tracks really were just too big to belong to this weasel.  This is even taking into account the fact that they (the tracks) look bigger than they really are. (When measuring tracks, you want to measure the minimum outline, which is what would appear in the base of the track, made by the pads of the foot; you don't want to measure the length and width of the whole track, for that takes into account fur, melt, and even the poofing-out of snow as the foot falls, giving you a falsely large set of numbers.) 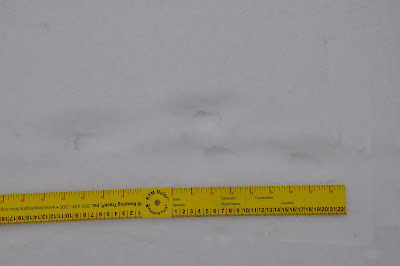 So, this left me contemplating a  mink.  The size of the footprints were about right, but the space between the groups of four tracks just seemed too small.  Maybe this animal was loping slowly, though.  The other thing that bothered me, when considering mink, was that the tracks were not all that close to water.  In fact, they were closer to the building than the stream.  However, although minks are quite often found in or near water, it is not unheard of for them to head out across the woods or even open spaces when hunting, or when traveling from one body of water to another.


Based on all these thoughts, I'm sticking with mink. 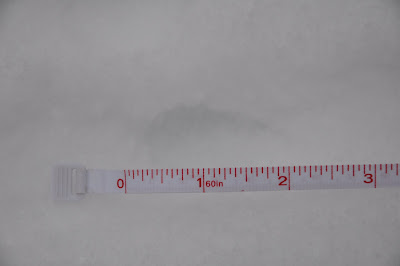 When the tracking class ended, several of the participants headed to the gift shop and exhibit space, and they were tickled to see our resident opossum at the feeders.  An hour and a half later, it was still there, so I got out my camera and went stalking. 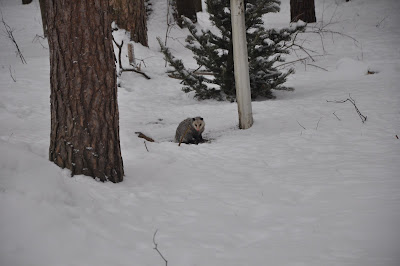 It wasn't too happy when I came crunching along.  Was I a threat?  Was I going to try to eat it? 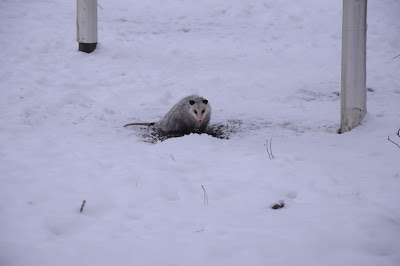 Ever so slowly, it decided to begin preparations for escape.   First, it lifted one paw...and held it there for a couple minutes. 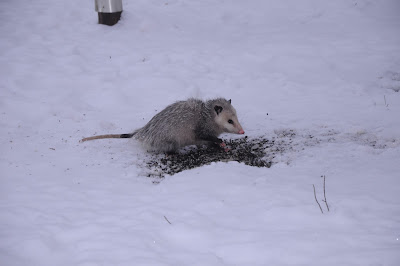 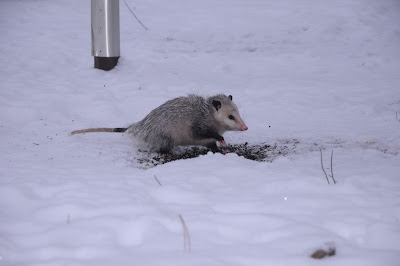 Then it crossed that foot in front of the other and stood ready for a "quick" get away...just in case. 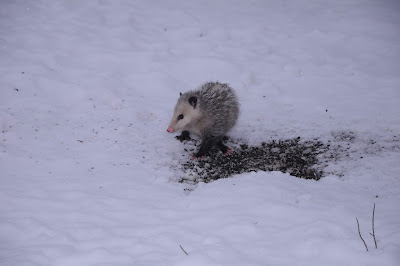 It's a good thing, really, that I wasn't interested in catching this critter except with the camera, for "hasty retreat" didn't seem to be within its abilities.  Note also, the rounded pink tip on the tail - a casualty to frostbite. 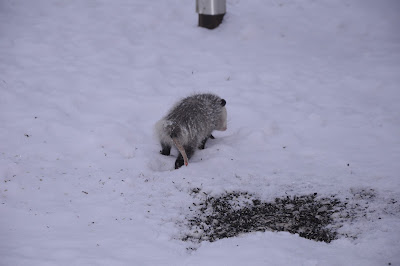 The snow was good and packy, making some fine imprints of the 'possum's feet. 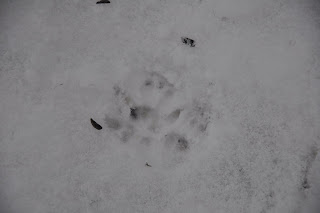 And off it trundled, past the birdseed bin and into the woods.  It'll be back, either tonight or tomorrow, to feast once more beneath the feeders. 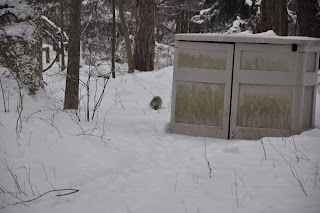 All in all, a pretty good day.

This may be the last tracking chance for a while, for rain and even thunderstorms (and flooding) are in the forecast starting sometime late tomorrow.  Ah...the joys of living in southern Michigan!
Posted by Ellen Rathbone at 8:27 PM