"They" said we'd get a winter storm today, and by golly, "they" were right.  I was out running errands until about noon, and no sooner did I get home and unload the car, then the first flakes began to descend.  A flake here, a flake there, then all of a sudden, a near white-out!  It looks like the fat and wet kind of snow...or at least it did.  Looking out right now it's starting to look like those small, sharp wet flakes - the kind that might turn into sleet.  Bleh.  I'd rather have big fat flakes.

Anywho, for lack of anything better to post, here are some random shots from the last couple of days.

First up, a lovely amaryllis. 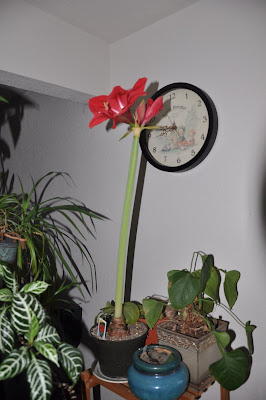 This gigantic plant, with it's nearly three foot long stalk, was a Christmas gift.  It's been taking its own sweet time to come into bloom, though.  We've been theorizing that it's probably because my hovel is chilly (58*F) and it's location is rather dark. 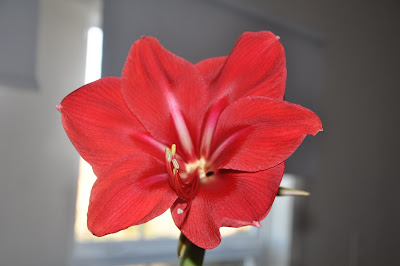 Still, it's lovely now, AND, it has, oh, another three buds at least behind this brilliant trumpet. 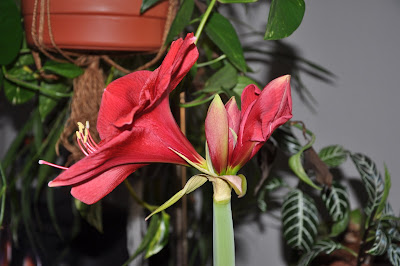 Next up, a couple new books.

This first one is my new book on galls.  It's actually an older book (1940), and I believe currently out of print, but it's new to me.  One of my co-workers told me about this book and as soon as I saw it, I knew I had to have a copy of my own. 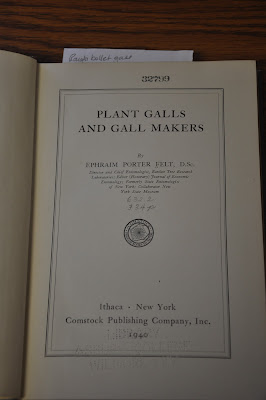 Even in this modern day and age, it is considered THE book for identifying plant galls. 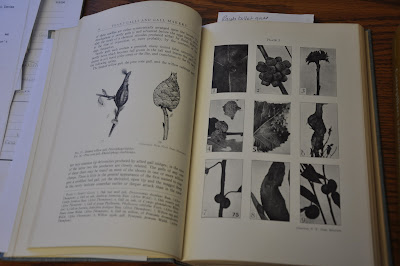 And not just the gnarly growths on trees, oh no; it also keys out galls on leaves!  This book is a must in every naturalist's library. 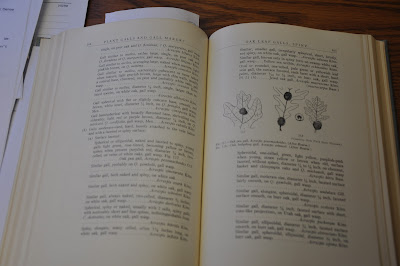 A bit newer, we have a terrific book for identifying caterpillars - this is the one we used a week or so ago to identify the large yellow underwing larva. 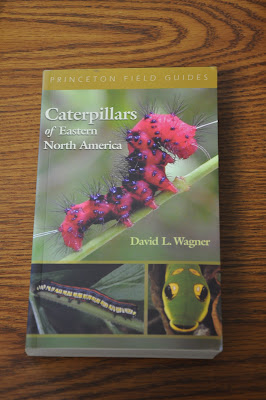 As you can see, it is chocked full of information and sports some pretty nice photographs of the caterpillars. All color-coded, of course. 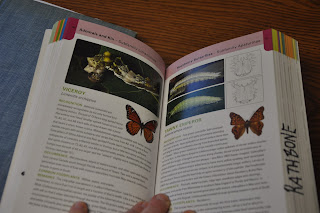 And, finally, another peek out the Big Window at work.  This is a fabulous spot for bird and wildlife watching in general.  Now that the snow is melting (well, it WAS melting...now we'll have a fresh layer, which is back to big fat flakes), the little pond is/was visible.  Lots of feeders all around, containing lots of different foods: black oil sunflower, nyjer, suet cakes, mixed seed, etc.  Seed is on the ground, on platform feeders, in tubes, in hoppers.  Not only are there big trees for squirrels to climb and birds to sit in, but there are also some shrubs, and even a snag or two. 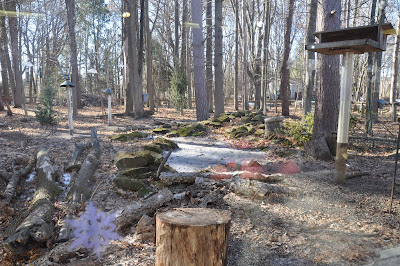 I saw a chipmunk out this window yesterday - a sure sign of spring.  Add to that the red-winged blackbird I heard yesterday morning (and again this morning), and it was easy to believe that winter was on its way out.  Still, it IS only late February.  Just because the irises are up 2-3 inches along the side of the hovel, and a chipmunk was scoping out the birdfeeders, that doesn't mean winter is gone.  After all, we still have about four weeks until the Spring Equinox.
Posted by Ellen Rathbone at 2:55 PM