Oh, yeah - blue sky and sunshine! It's our one sunny day for the week, so I took advantage of it and hit the trails. Found some plants new to me, some plants that were old friends, and an old friend who was out doing her Bti treatments. 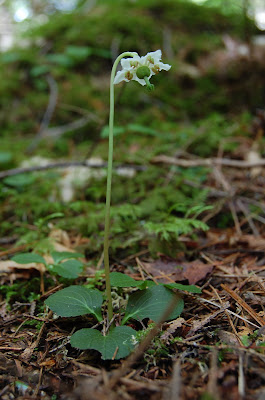 We've had folks coming in and reporting one-flowered pyrola (Moneses uniflora), but this was the first time I've seen it myself. It was a pretty drooping thing, 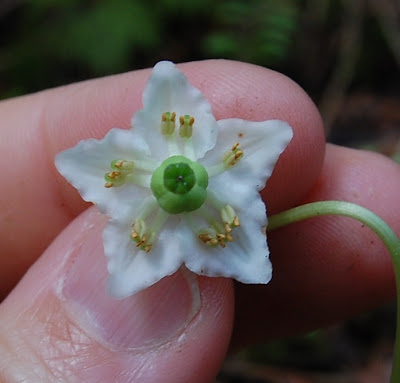 but it was even more lovely when the flower head was turned up so I could see its face. 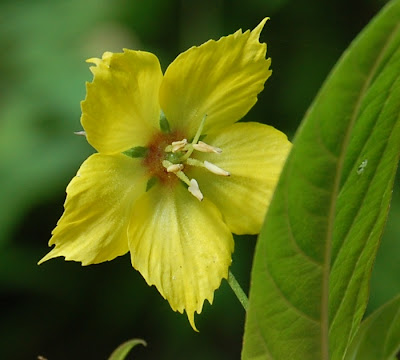 Fringed loosestrife (Lysimachia ciliata) was another new one for me. I thought at first it was some strange St. Johnswort. After I got this nice closeup, I started to see these plants all along the canoe put-in at Belden Pond. 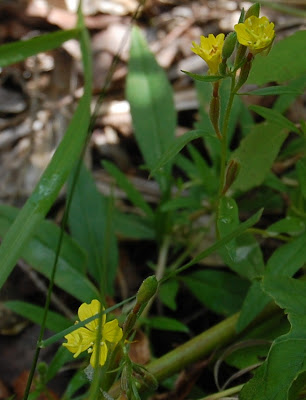 Small sundrops (Oenotera perennis) I have seen before, but not enough times to be immediately familiar with it. All I knew was that it was something I'd seen before. These were high and dry at what had been a beaver pond at one time. 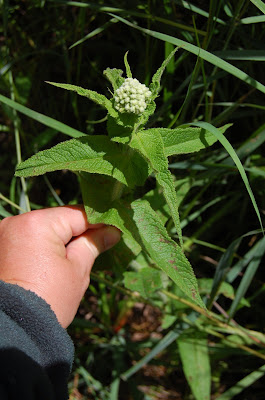 Boneset (Eupatorium perfoliatum), aka Thoroughwort, is one of my favorite plants, simply because I love the leaves. This is one of those great Doctrine of Signatures plants: it was once believed that this plant could heal bones simply because the leaf grows around the stem. They had some good imaginations in the Middle Ages. 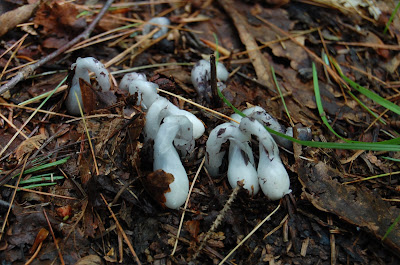 Indian pipes (Monotropa uniflora) were only just starting to emerge. These ghostly saprophytes are also, rather appropriately, called Corpse Plant. 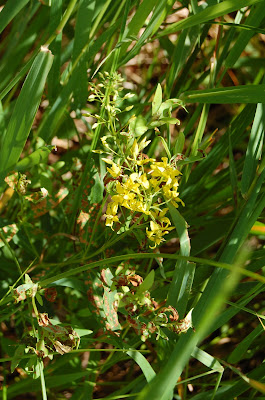 I just caught a glance at this rather pathetic specimen of Swamp Candles (Lysimachia terrestris) as we were walking through the beaver meadow. I passed it by at first, since it wasn't a stellar example, but decided to get its photo in the end since it was the only one I saw. Swamp candles are also called Yellow Loosestrife. It is a native plant, so don't let the name fool you. The fringed loosestrife above is also native. Not all loosestrifes are alien invasives (just the purple ones). 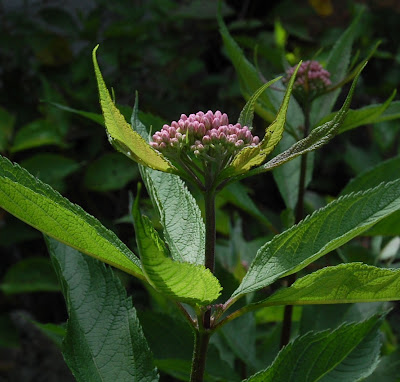 Spotted Joe Pye weed (Eupatorium maculatum) is another favorite. As you can see, the flowers aren't open yet, but they should be soon (if we get some more sun). Swamp milkweed (Asclepias incarnata) is also budding but not blooming, so I'll save that for another day.

I had some animals visit me: 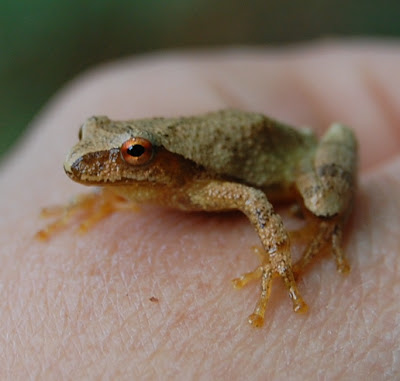 a weeny little frog, which we think is a spring peeper (Pseudacris crucifer) - at least it was small enough to be a peeper and it had a very faint "X" on its back; 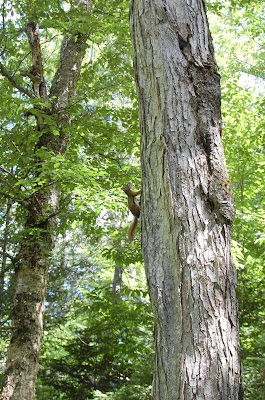 and a very upset red squirrel (Tamiasciurus hudsonicus) - but they're always upset.

It was while getting the shot of the squirrel that I startled Edna (I was off the trail in the woods and she'd been watching the ground for rocks as she walked along). She practically had a coronary right there when I moved! Then she couldn't stop laughing! 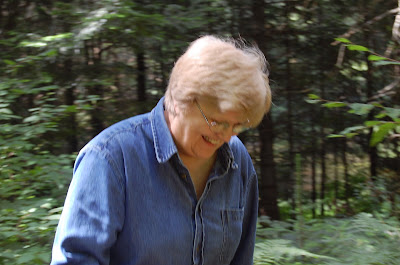 Edna is our local Bti agent - she goes around to area bodies of water in search of blackfly larvae. When they are at the right stage, she douses them with Bti (Bacillus thuringensis israelenis). She has a great deal of knowledge of blackflies, so I tagged along with her to see her in action. 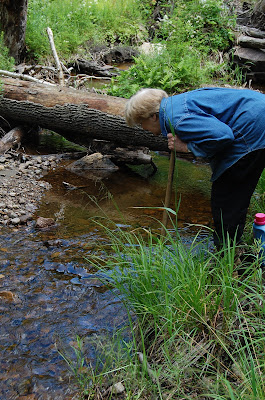 She examined the Little Sucker Brook, looking for signs of larvae clinging to the rocks. 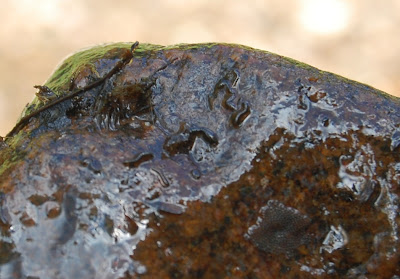 She found some (what amazing eyes) and showed me the critters as they writhed on the rock. She said they are a bit small still, so she was going to wait a day or two before coming back to check. If she treats them too soon, the rest of them hatch and are not affected by the Bti. If she gets them too late (after they form the histoblast and then pupate), they are impermeable to the bacterium. It's kind of like the potato beetles - you have to hit them at the right stage of development. 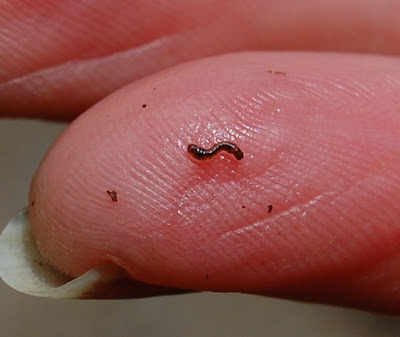 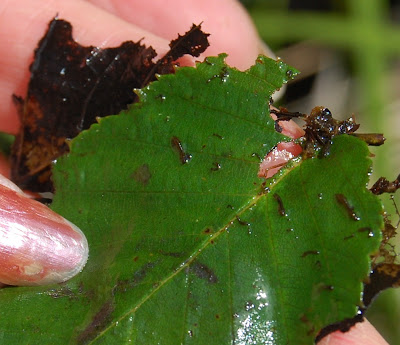 We checked another spot further upstream. This time she found large larvae as well as itty bitty ones (smaller than a comma in 10 pt print); it reinforced her decision to hold off treatment. One of these days I want to go out with her in the spring when the larvae are at their highest numbers and get the whole process recorded. Her tales of larvae masses are the stuff of nightmares!

And now it is 3:00 and the sun is still shining. A good day all around.

Posted by Ellen Rathbone at 1:38 PM