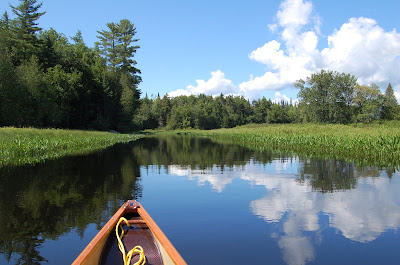 Ah, the rigors of the job: I had to lead a canoe paddle on Rich Lake today. The sun was out, the sky was blue, a few puffy clouds blew about on the wind. It's a tough job, but someone's gotta do it.

We followed a flotilla of Canada geese, and watched as a loon made a perfect landing.

Pickerelweed (Pontederia cordata) was only juuuust starting to bloom - this was the only one we saw. 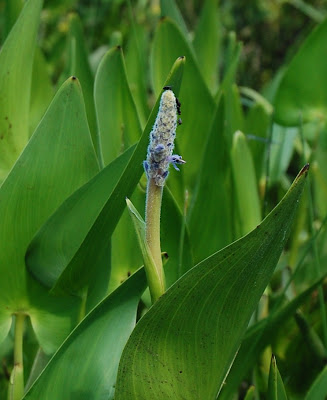 A handful of swamp candles were barely holding their heads above the water and were not photogenic. Instead, we had a distant view of some swamp milkweed (Asclepias incarnata). 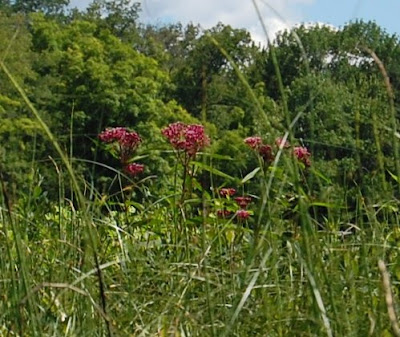 Swamp roses (Rosa palustris) had us scratching our heads for a few moments. Detailed Correction: When Terry and I were looking at this plant there in the wetland, my first reaction was "rose," but as I looked at the leaves, my reaction became "cinquefoil." I didn't have my field guide with me, so we hemmed and hawed and finally went with rose. I should've looked it up before posting it, but my friend Jackie caught the mistake. It is indeed Marsh Cinquefoil (Potentilla palustris) - the purple flowerheads should've been the big clue. Thanks for the heads-up, Jackie! 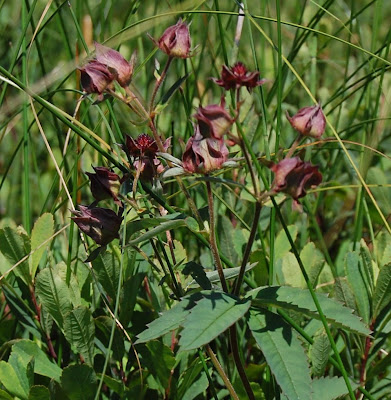 We took a leisurely paddle through the wetland, 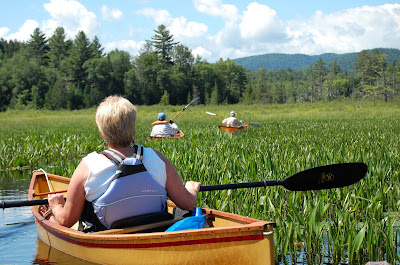 picked up a few passengers, 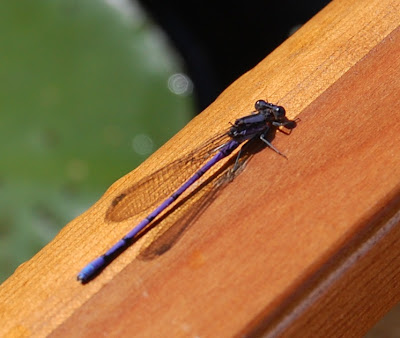 and then headed down the Outlet. 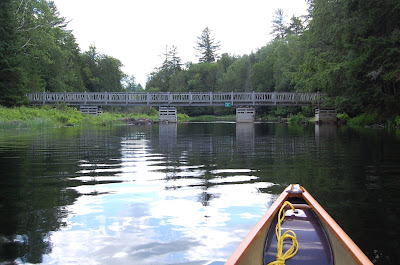 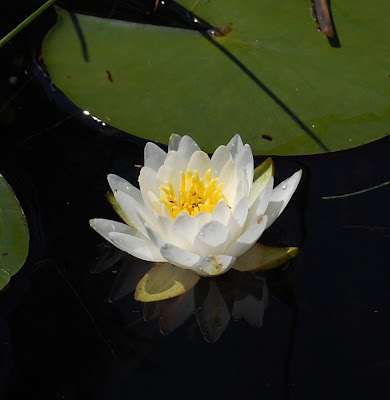 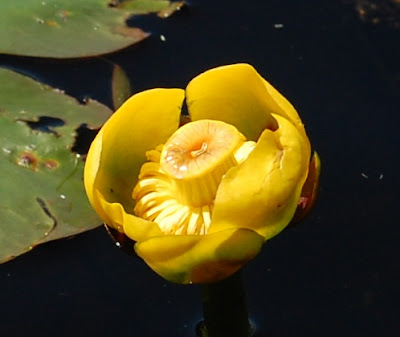 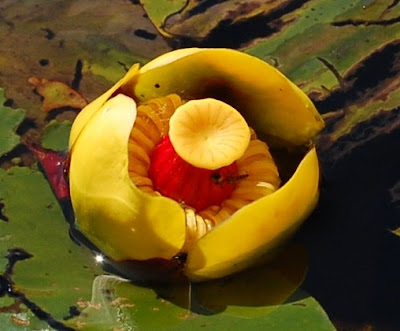 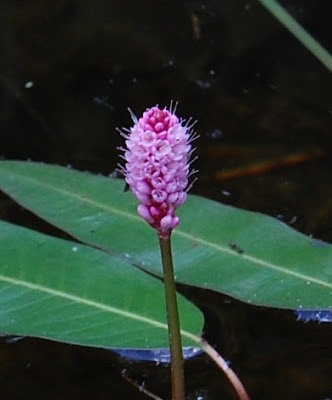 and, the best find of the day, large cranberry (Vaccinium macrocarpon). 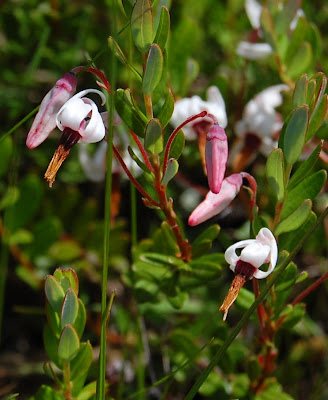 We also had some other nifty finds, but getting photos from a moving boat was impossible! They included the flowers of native floating heart (Nymphoides cordata), flowers on the rushes (I don't know what species), and newly emerged damselflies clinging to said rushes. Dragonflies and damselflies, of all colors and styles, flitted about, singly and in pairs (I tried really hard to get a shot of an ebony jewelwing, one of my favorites, but it just wouldn't land and stay put in one place long enough). Spider webs clung to vegetation, and I even saw one spider making good headway across the water. We saw fish (small and smaller), and fish nests. Overhead we heard and saw a pair of broadwinged hawks catching some updrafts, and in the woods we heard wood peewees, winter wrens, song sparrows, black-throated blue warblers, and a blue-headed vireo.

Moquitoes? Nil. Blackflies? Nada. Deerflies? Only a few in the Outlet.

Overall, a perfect day. (Until I got home, that is, and found the massive sunburn on my legs!)

Posted by Ellen Rathbone at 2:45 PM