Ah, fog. Gotta love it. The world is so lovely in the fog when the sun is starting to shine through.

So off we went, the dog and I, for our morning walk. He decided to head up to the open field where once an apartment building stood. It's now all over-grown, with dirt bike tracks around the edges, the remains of the driveway up the middle, and evidence of many a late night part by the local kids.

This morning, however, it was loaded with dewy spiderwebs. 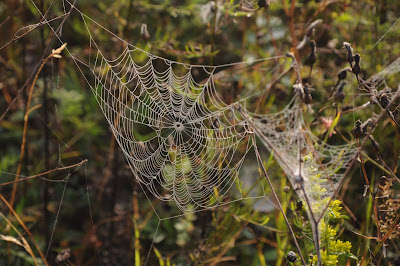 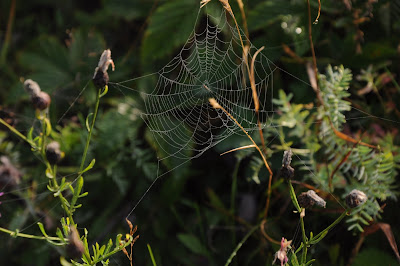 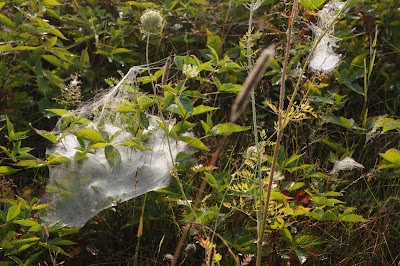 The sheet web was over a foot across. 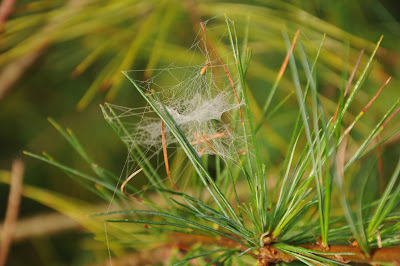 Just look at 'em all! 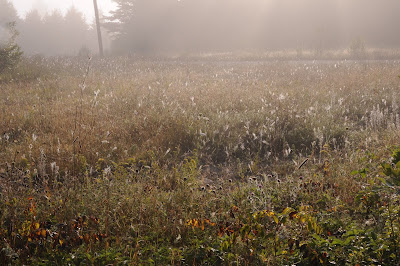 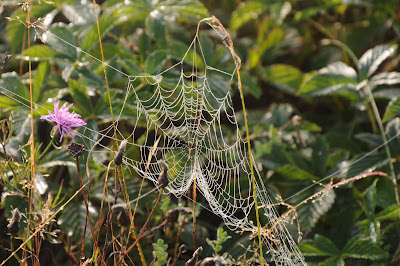 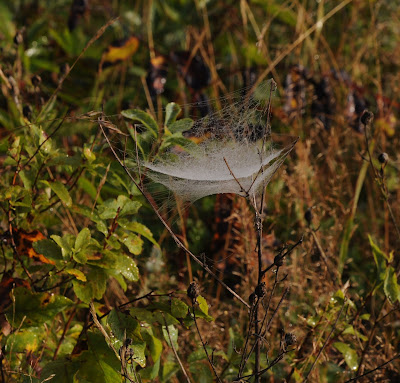 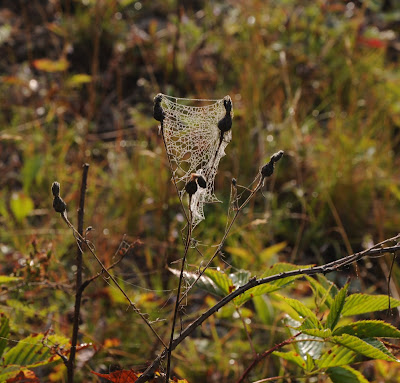 Then there were the goldenrods. August and September constitute goldenrod season. There's something warm about a goldenrod, at least in my mind. Maybe it's an association with Indian Summer.
Every year I tell myself that this will be the year I learn the goldenrods. Somehow, I never quite do it. So, I took some photos this morning and attempted to ID them once I got in to work. Bad idea - I need more info than just the photos can give me. 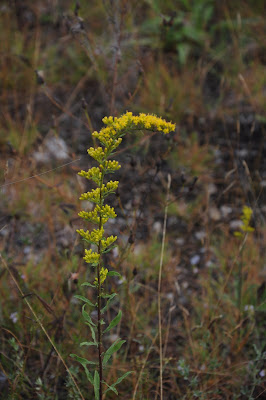 Could this one be gray goldenrod (S. nemoralis)? 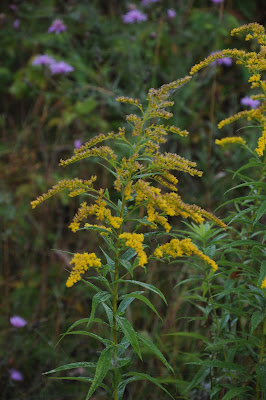 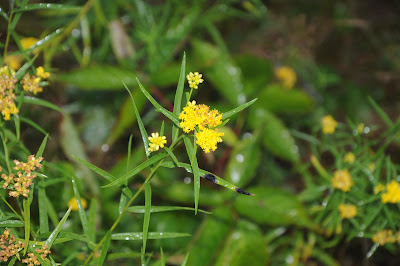 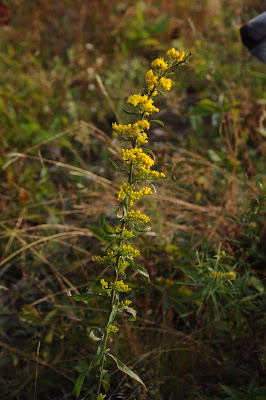 I need to start carrying my field guide with me again.

As we neared the end of our walk, I started hearing these crashing sounds. Not "crashing" like a tree falling down, but "crashing" like something crashing through the branches. Something was in the top of the Scotch pines - I could just see glimpses of it in the sun - and whatever it was, it was removing the pine cones and dropping them. A couple bounced into the road. 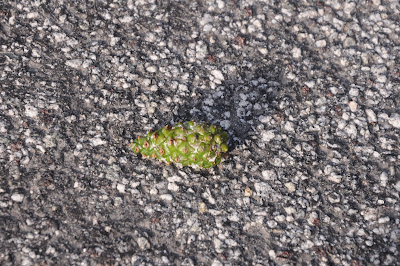 So, of course I tried to get a video of the action - if nothing else, I wanted to record the sound. All those popping sounds you hear are cones dropping from the top of the tree, hitting branches on the way down. If you look very carefully at the top of the center tree (the tallest), you can see some movement.

It took a while, but finally I saw the culprit. Can you see him? 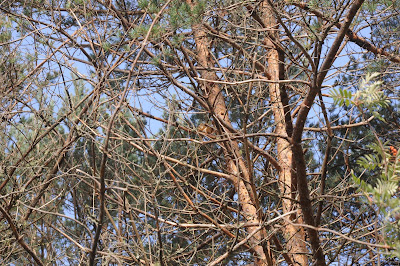 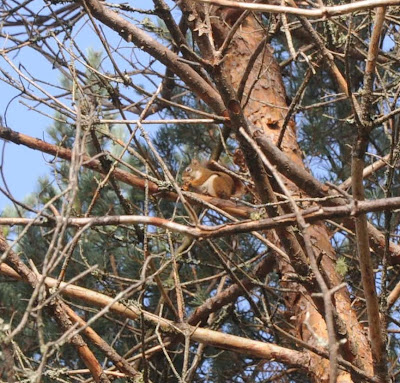 I had a good chuckle because earlier this week I wrote an article about red squirrels and this very behavior - harvesting green cones which are buried underground. You can read the article here.
Posted by Ellen Rathbone at 9:47 AM