There I was, minding my own business and taking photographs of various plants and things out on the prairie, when zzziippp - something brushed the top of my head.

Hm, I thought, that bird must've been looking the wrong direction and didn't see me.

This was no accident.  This was one pissed-off tree swallow. 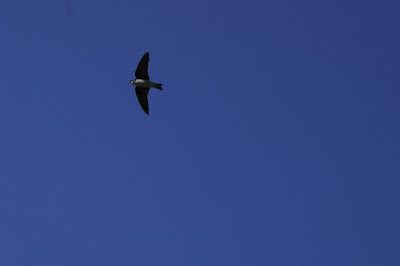 Of course, like an idiot, I had to try and capture it "on film," so I stood there (and then sat there, and then lay there) watching the nest boxes and watching the birds.  Would it come after me again? 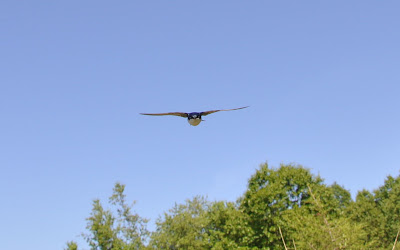 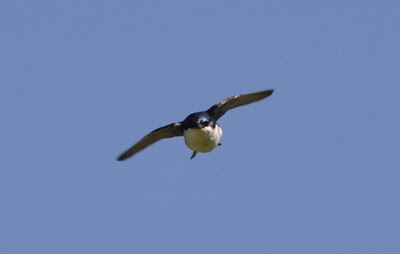 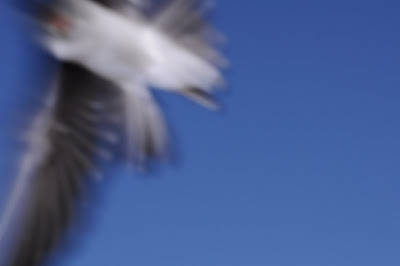 I can see why, now, that some folks are afraid of birds.  I've had swallows dive at me in the past, but never with the determination that this swallow was exhibiting.  I flung up hands and camera to protect my head (I was told later on by coworkers that volunteers have gone out and actually had their heads grazed by this particular bird).

I took some video footage of this, but you'd have to have a bottle of Dramamine on hand first, and then be careful not to blink, for all you see of the bird is a mere fraction of a second of dark blur as it dove at my head and the camera.  I'll try to upload it later on - am currently having difficulties with that particular feature.
Posted by Ellen Rathbone at 12:54 PM