As I sit here this afternoon and watch the snow fall in great big flakes that are only just starting to turn the grass white, I think back to this weekend, when it was sunny and warm.  I was putting up the last of the harvest (sweet potatoes, carrots), getting the garden ready for winter, and hanging out laundry, when the call came:  they were going to do a burn at Haehnle Sanctuary - be there at 12:15.  I still had a load of laundry in the washer, but as soon as it was hung, I grabbed my camera and drove north. 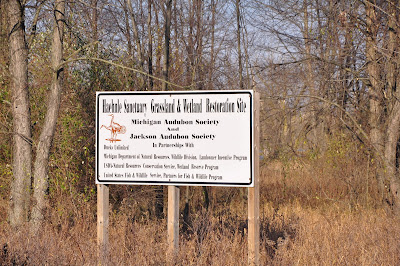 The burn was done by the same crew that did the burn last spring at work.  Because of this, there was a chance that I might get to help out again. 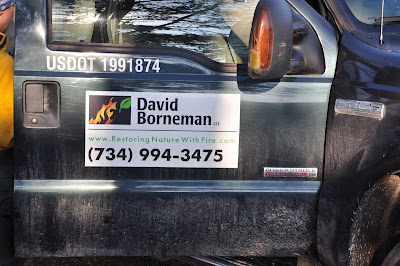 However, because I was running a little late, the burn had already started.  This was fine - I was able to kick back and just take photos. 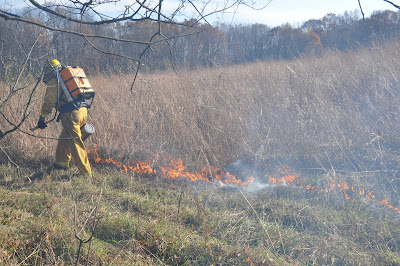 There were two burns scheduled for this day.  The first was this patch of prairie.  The wind was quite strong all day, so the burn was started on the downwind side.  Gary had been out the day before and mowed the firebreak, which served not only as a path for us to walk, but also as a barrier to help keep the fire under control. 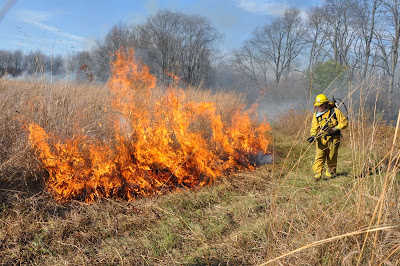 There's nothing quite like watching a burn.  The crackle of the flames when they hit of patch of fuel is really quite something.


This fire moved along quite quickly, leaving a smoking, charred field in its wake. 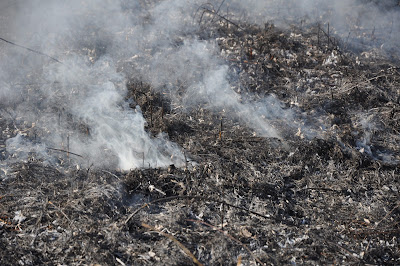 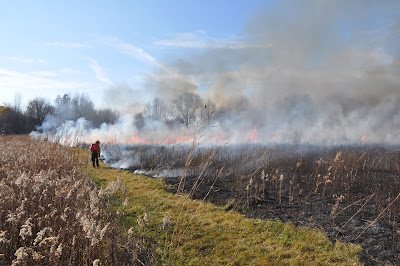 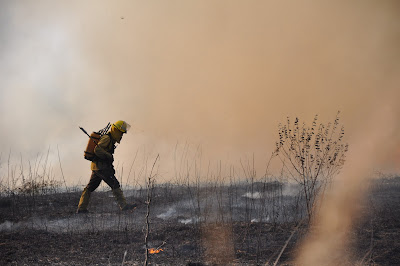 Next year, the native flowers and grasses should be great here. 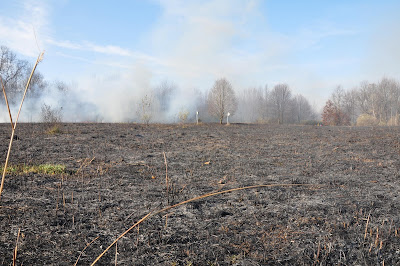 Once all the smokers were put out and the site deemed safe, the crew loaded up and headed for the second burn site along the western edge of the sanctuary. 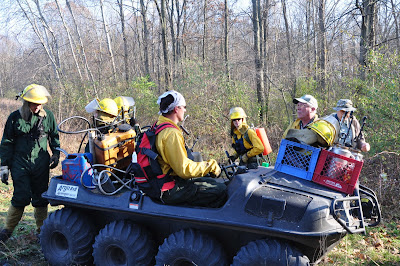 This site was a bit different.  It started off along the edge of a wetland, where reed canary grass is invading the marshland.  Fire won't do much to remove this invasive, but it will help keep it in check.  High water levels are much more effective in controlling it. 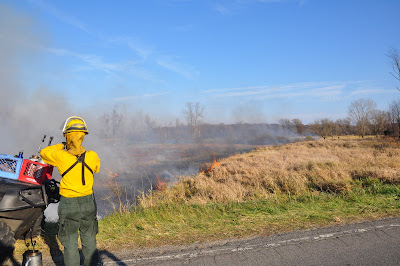 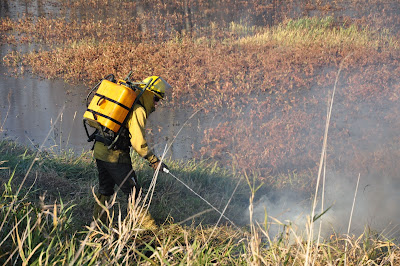 As the fire burned southward, it entered a small patch of woods, bordered on one side by the road and on the other side by a small pond. 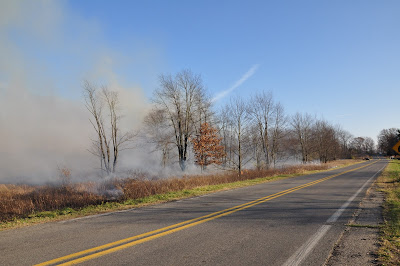 It was interesting to see just what didn't burn, like this pile of trash, 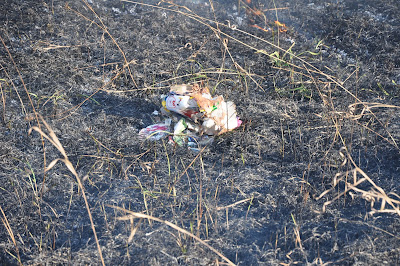 and the matted plants of this deer trail. 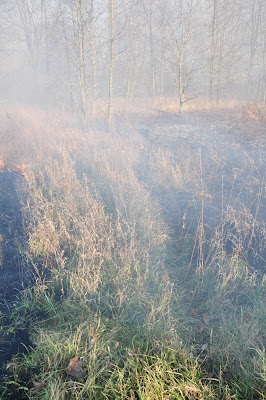 Occasionally the wind would gust and send billows of smoke across the road.  This didn't slow down the traffic, though.  It was such a glorious day that many folks were out for a Sunday drive.  Lots of shiny, clean sports cars passed us, no doubt wondering what in the world we were doing. 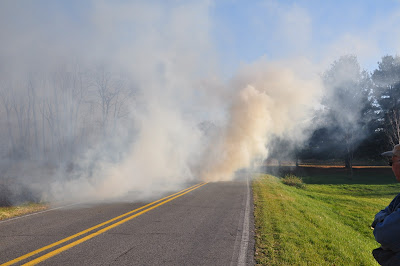 As the fire passed through the woods, it gobbled up the ground cover. 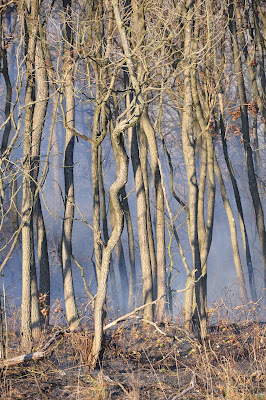 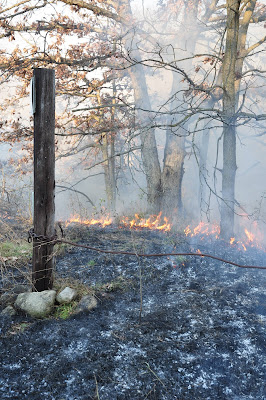 A couple trees also caught fire.  These were old snags, trees that were long dead and whose hollow centers acted like chimneys.  The fire crew had to put these out. 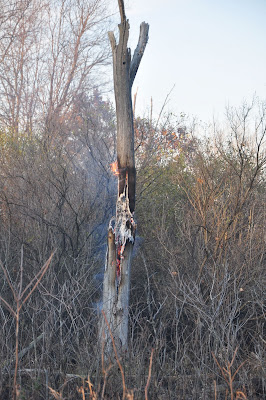 Once on the other side of the woods, the fire came to another open field.  Several lines of fire were set here to speed the burn along.


Prescribed burns are an important tool in maintaining open grasslands.  They help rejuvenate fields and prairies, stimulating new growth in the spring and summer, and they can help keep some invasive species in check.  Fire is one more tool in the arsenal of land stewards, and its one I never get tired of watching.

Posted by Ellen Rathbone at 2:56 PM