So we piled into his car and drove a short distance from work to meet a young birder who had discovered this bird in the woods behind his house. 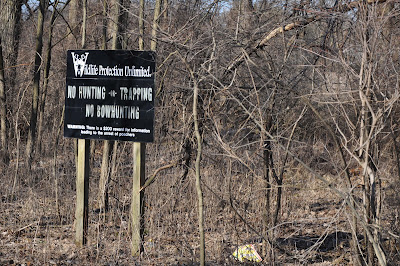 What a GLORIOUS afternoon!  This morning things were cold, with a bitter wind blowing, but this afternoon the sun had worked its magic and it had to be in the 50s out - it was beautiful.

This plot of forest land has been set aside as a little preserve.  It's right by a wetland, so we could hear all sorts of waterfowl in the distance. 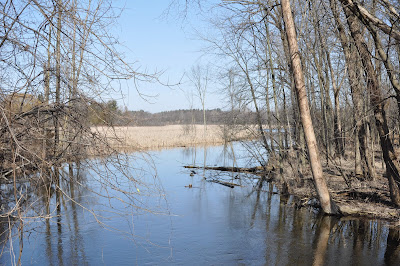 Much of it was bits of flooded forest.  What a great place to be a kid!  We ooohed and ahhhed over all the terrific kid-ideal things here:  logs to climb, water to investigate... 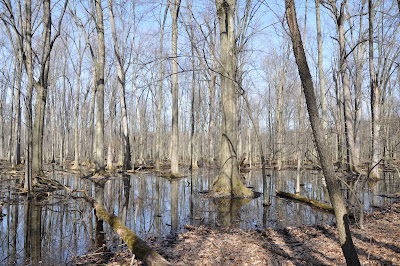 trees to clamber over... 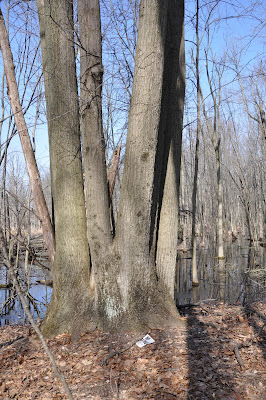 and forts to make! 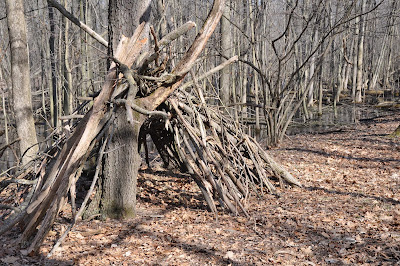 After about a 15 minute walk along the path, we cut into a small conifer stand.  The telltale signs were there for those who knew how to see them.  I know I probably would've missed this patch of white-wash (the white spot in the middle of the photo). 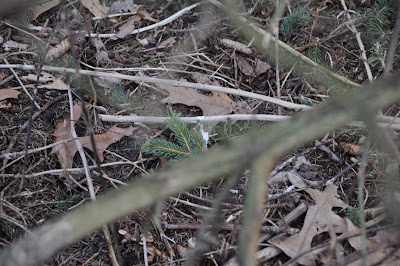 But I like to think that I would've caught these pellets. 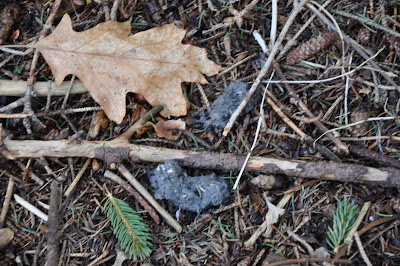 Cody looked up into the spruce, waaaay up, and that's where he saw the bird's back-end.  Can you see it below?  Not only was it probably 30 or so feet above us, but the wind was blowing, making the very skinny trees sway back and forth.  Photography was going to be challenging. 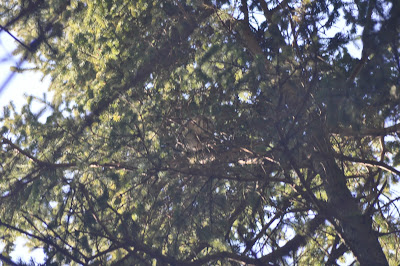 After many attempts, though, I was finally able to get a few shots just as the bird looked up sleepily at us (well, I suppose technically it looked down). 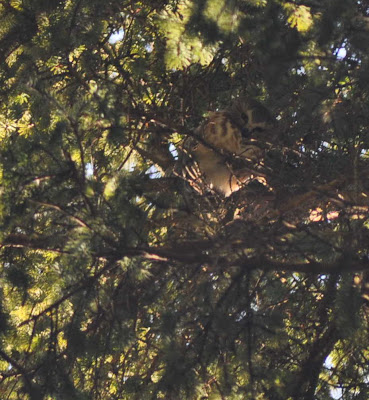 We continued our walk.  What a terrific piece of land this is.  Lots of vines... 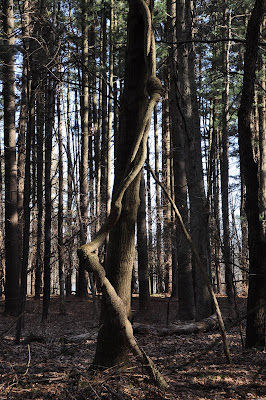 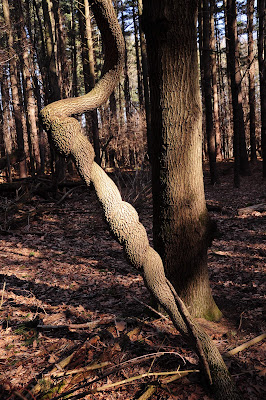 we're talking flippin' enormous vines!  As wonderful as these vines are from an artistic point of view, 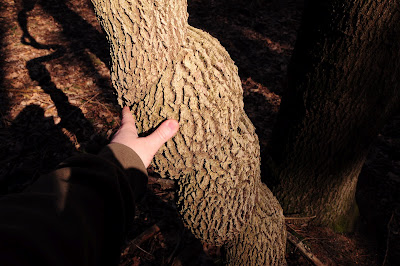 they are Asian bittersweet, that awful invasive that is choking out native vegetation.  The forest floor was littered with its berries and seeds. 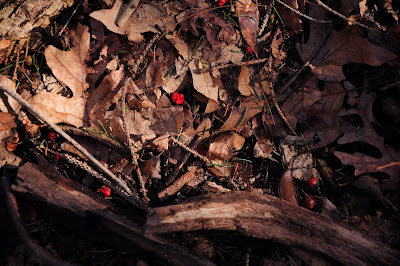 Around these parts lots of big trees fall over, and their strong branches prop them up, making great arches for walking under. 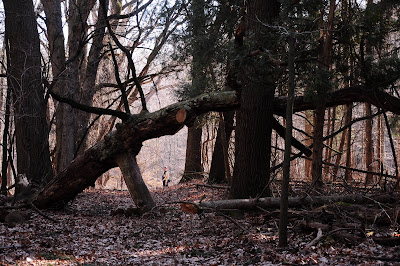 When I caught back up with the rest of the group, they were busily investigating something else.  "See that hole in the tree?" 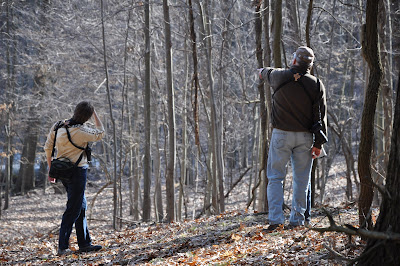 A flying squirrel has been seen there.  Well, let's see if it's still at home! 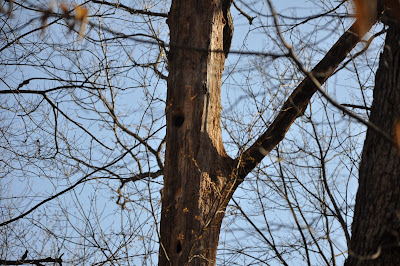 Gary went and whacked on the tree with a stick while we all stood back and watched the hole for a flying squirrel.  Nothing. 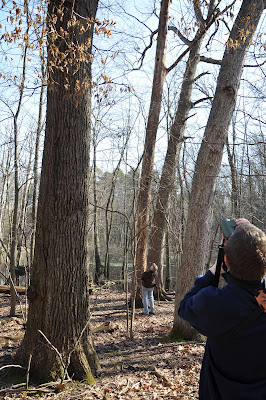 As we made our way back to the car, we passed this very unusual tree growth: 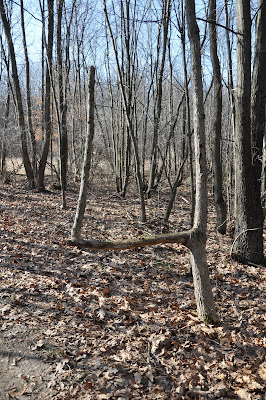 Nature really doesn't "do" straight lines, so this shape really stands out.  Back in the old days, native peoples would sometimes bend young trees to grow into shapes like this to indicate trails.  I wonder if someone intentionally made this number four, or if, thanks to a few quirks of nature, it grew naturally.

As we were leaving, Cody caught the call of a barred owl.  It was soon answered by at least one other.  We are nearing barred owl breeding/nesting season now, so it could be they were staking out territories.

Add to this the owl Toby and I scared up last night on our walk (T was within four feet of it, and I about six, when it launched itself off the fence post we walked past), and it's been a good 24 hours for owls!
Posted by Ellen Rathbone at 5:05 PM

Email ThisBlogThis!Share to TwitterShare to FacebookShare to Pinterest
Labels: owls