Sunday felt like spring.  We hit nearly 60 degrees!  It was so mild in the morning that Toby and I went out on the back deck to eat our breakfast.

Wasn't too keen to see the house sparrow who was working on setting up his territory in our nest boxes (he's sitting o the far nest box, center of photo), 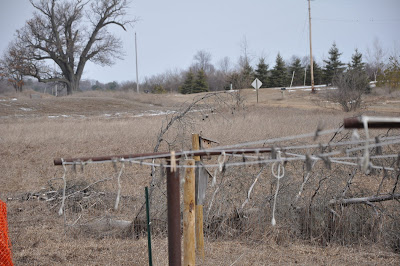 but he wasn't the only one checking things out! 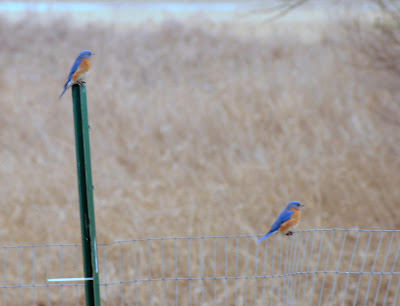 This pair of bluebirds came and went, more intent on gleaning insects from the ground than setting up house, but that only meant they were perfect breakfast companions. 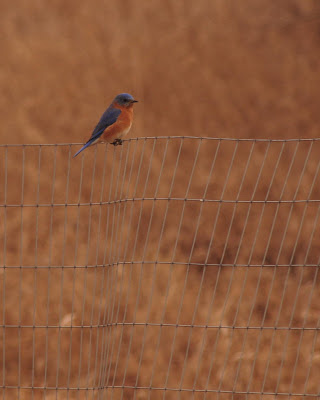 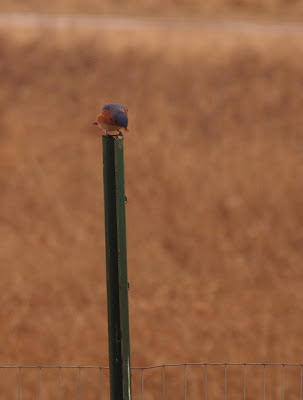 Toby enjoyed his snack, too. 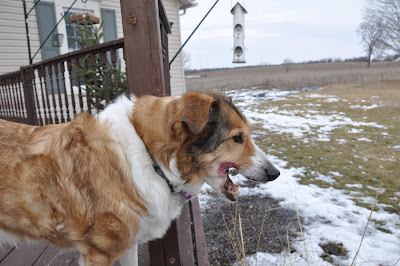 After our gustatory delights, I decided that the day was going to be too nice to waste, and since the bluebirds were in the neighborhood, it would only be right to make sure the nest boxes were all fixed up and ready for them, just in case.  This meant evicting all the house sparrow nests. 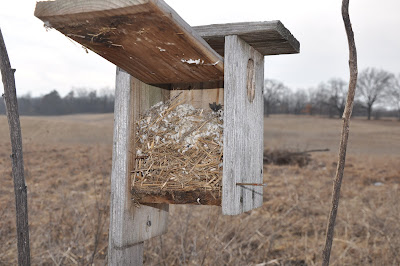 I was thrilled to see that four of the white pines I planted last fall were still hanging in there.  Between the drought, the deer and the rabbits, I had my doubts.  I don't think any of the oaks made it. 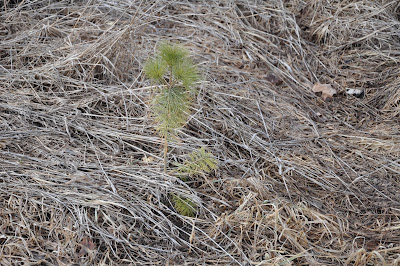 Hark!  What could that be, sneaking around the tree out front? 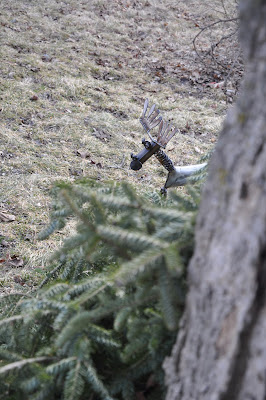 By golly, it's a moose!  A moose in the lower peninsula!  Will wonders never cease? 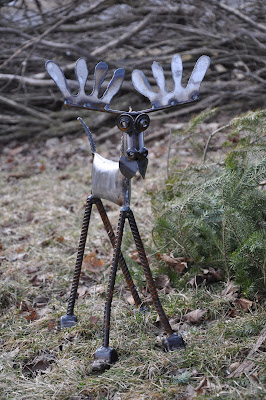 Almost-spring Tally:
3/9 - killdeer flying and calling over the fields
3/10 - turkey vultures spotted soaring over the fields en route to work
3/10 - I swear I heard the wing twittering of a woodcock during our evening walk
3/11 - red-winged blackbirds descended on the birdfeeders
Posted by Ellen Rathbone at 12:54 PM