Yesterday was a beautiful, sunny, blue-sky winter day.  The wind was cold, but the day was beautiful.  Too bad I had meetings almost all day!

This morning looked like it was going to be another beautiful day, so I came in to work a little early, and, bundled up in multiple layers, I put on my snowshoes and hit the trails. 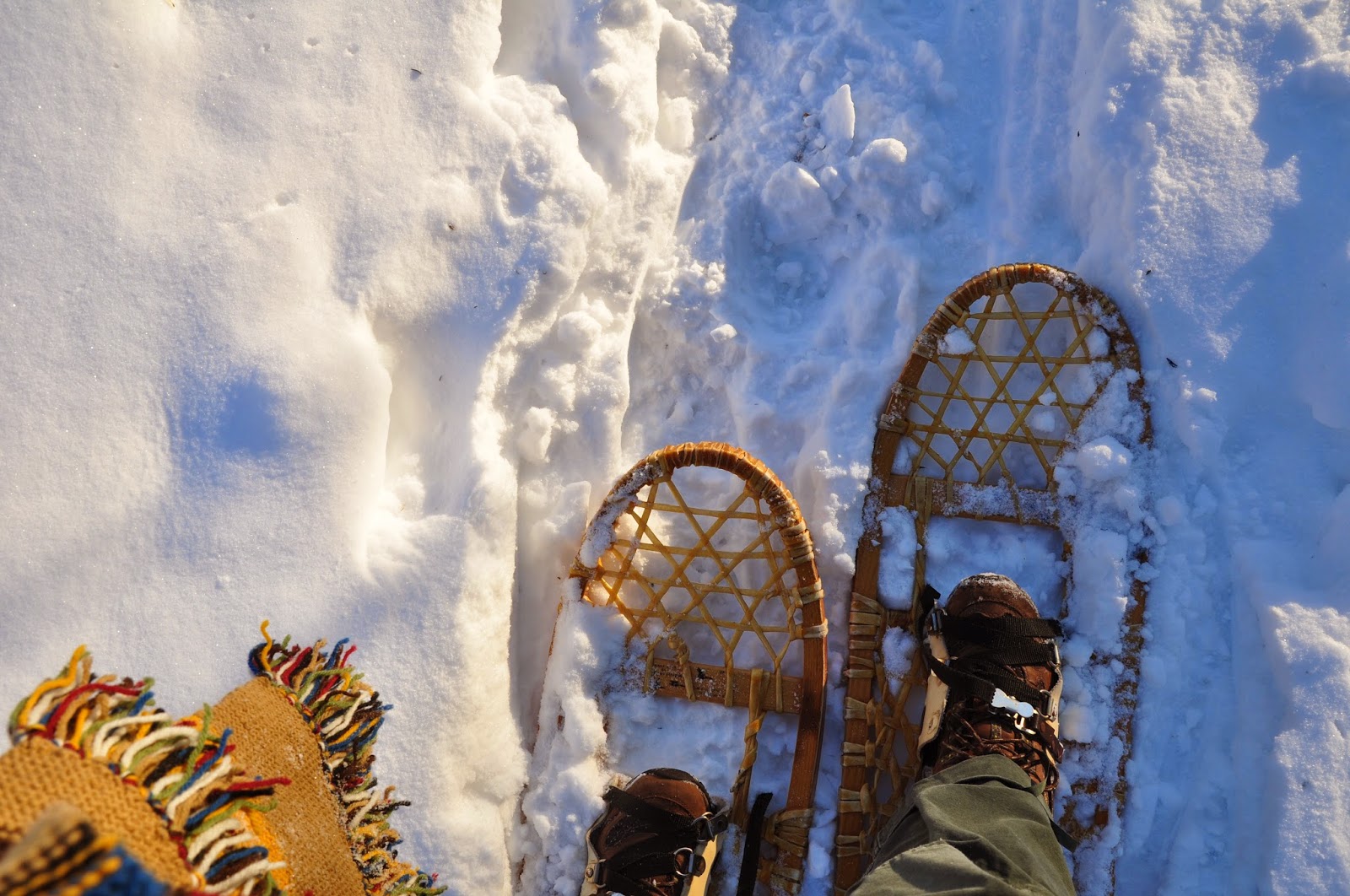 Oh my goodness - it's been FOUR YEARS since I've been on snowshoes!  How in the world did that happen? 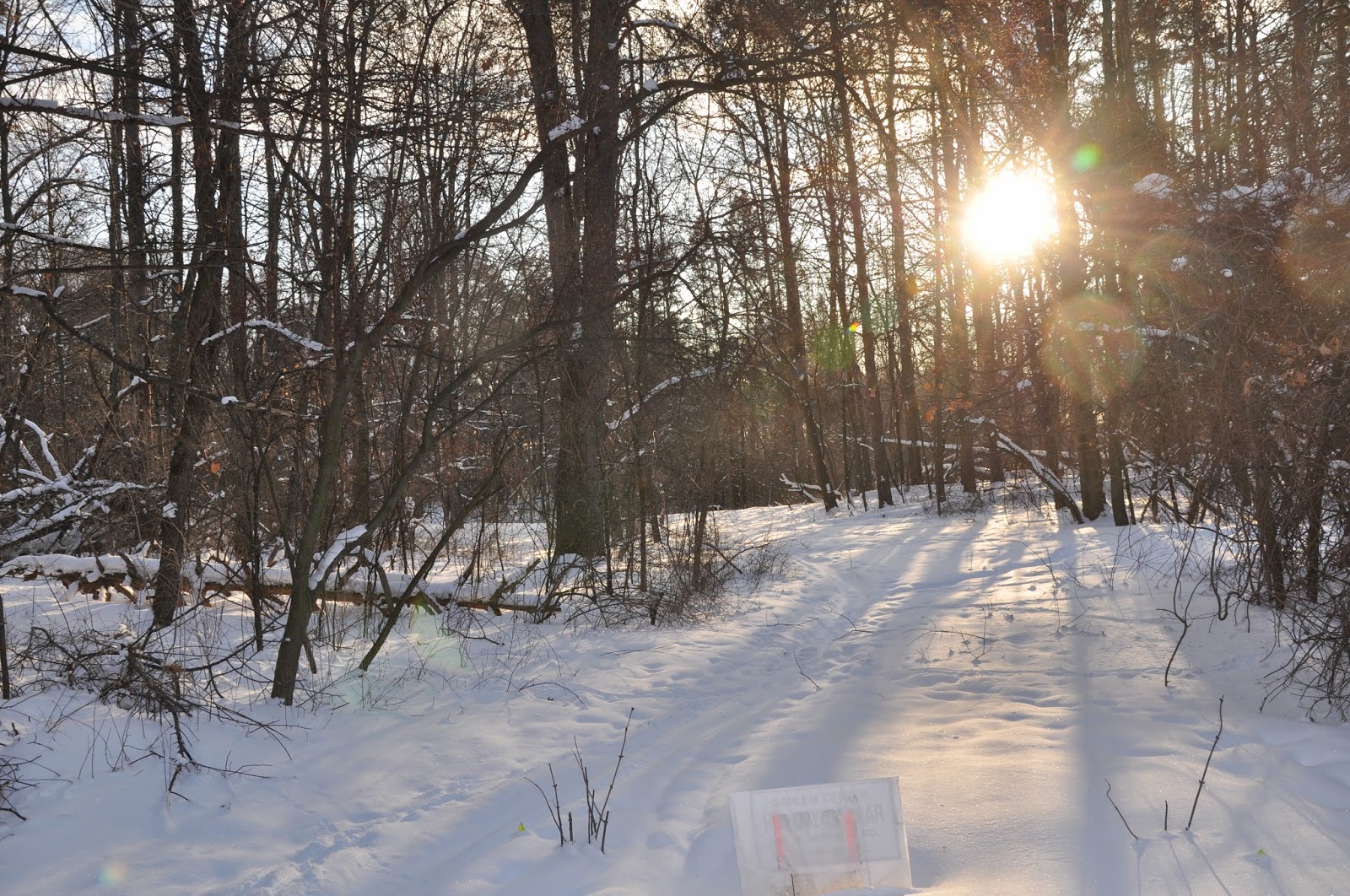 I used to snowshoe every week back in the 'dacks, sometimes every day for stretches of time, but we've just not had enough snow here in MI to justify snowshoes...until this winter. 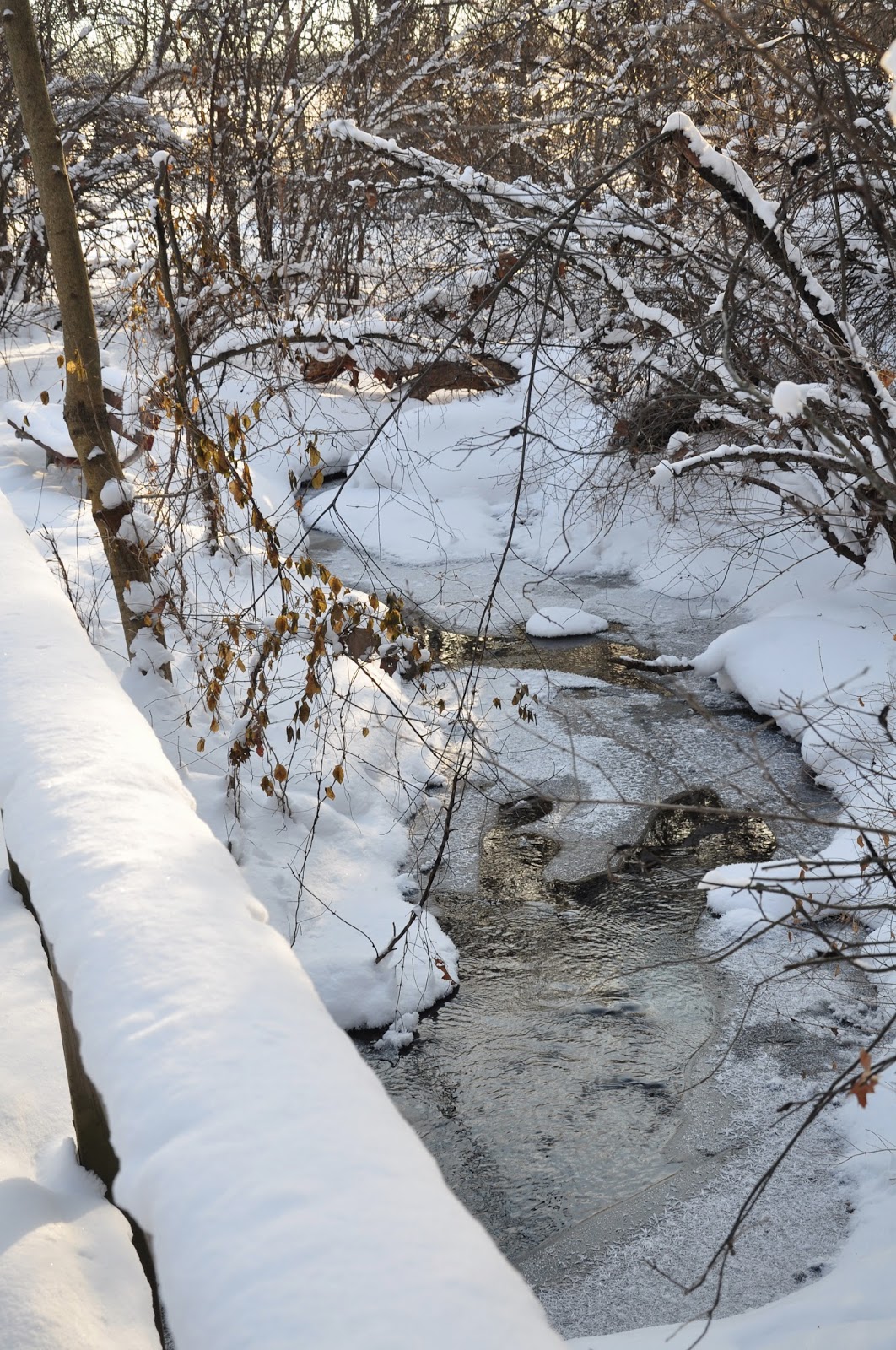 I was warned:  you're gonna freeze!  Pishaw!  It's above zero!  Piece of cake!  In fact, I had to take off my mittens, and I didn't even have my coat zipped up.  Soon my thermal shirt was quite damp.  I was over-dressed. 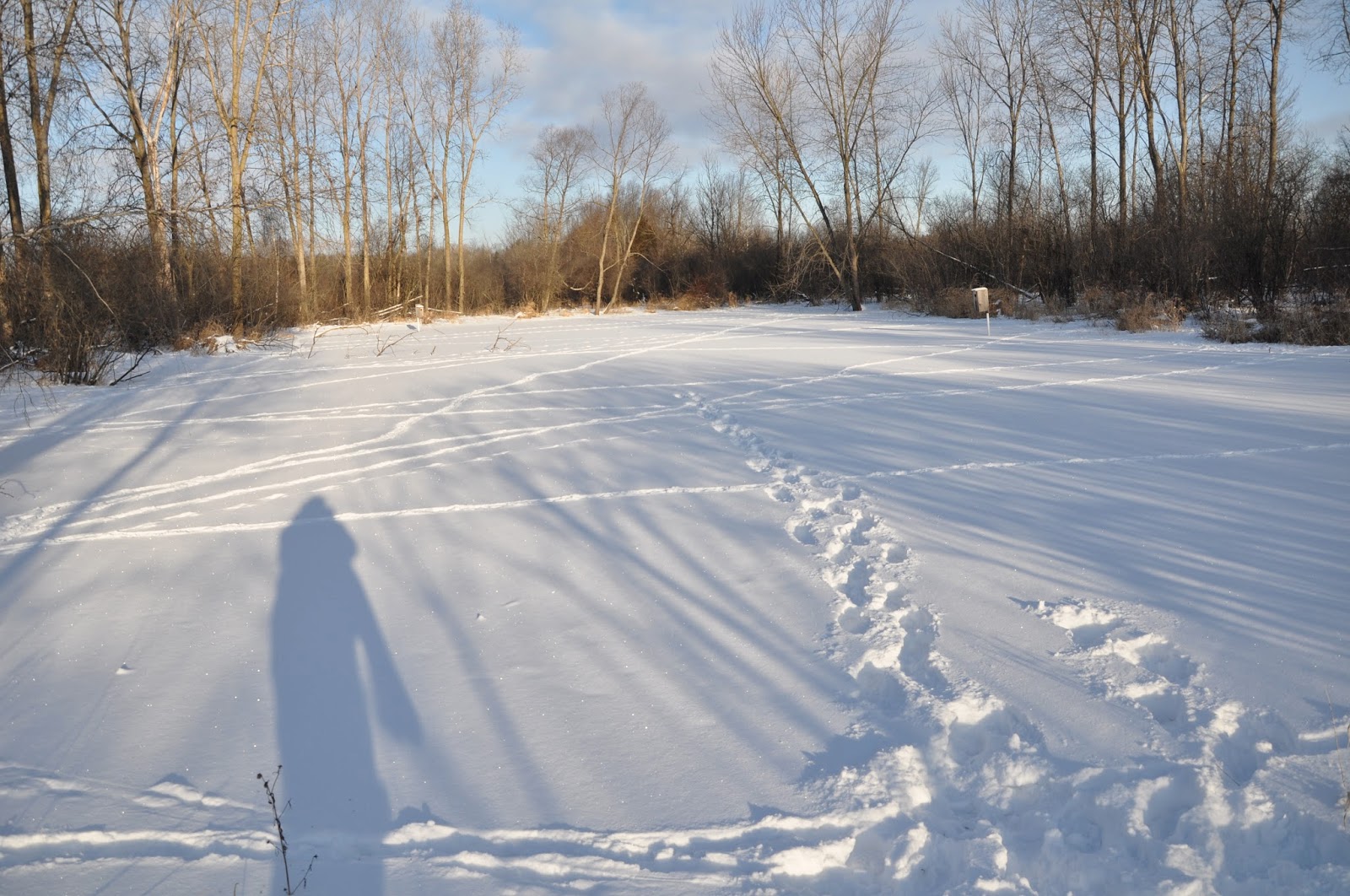 Tracks were numerous, but variety was slim.  Deer, yes, plenty of deer.   And plenty of mice as well. 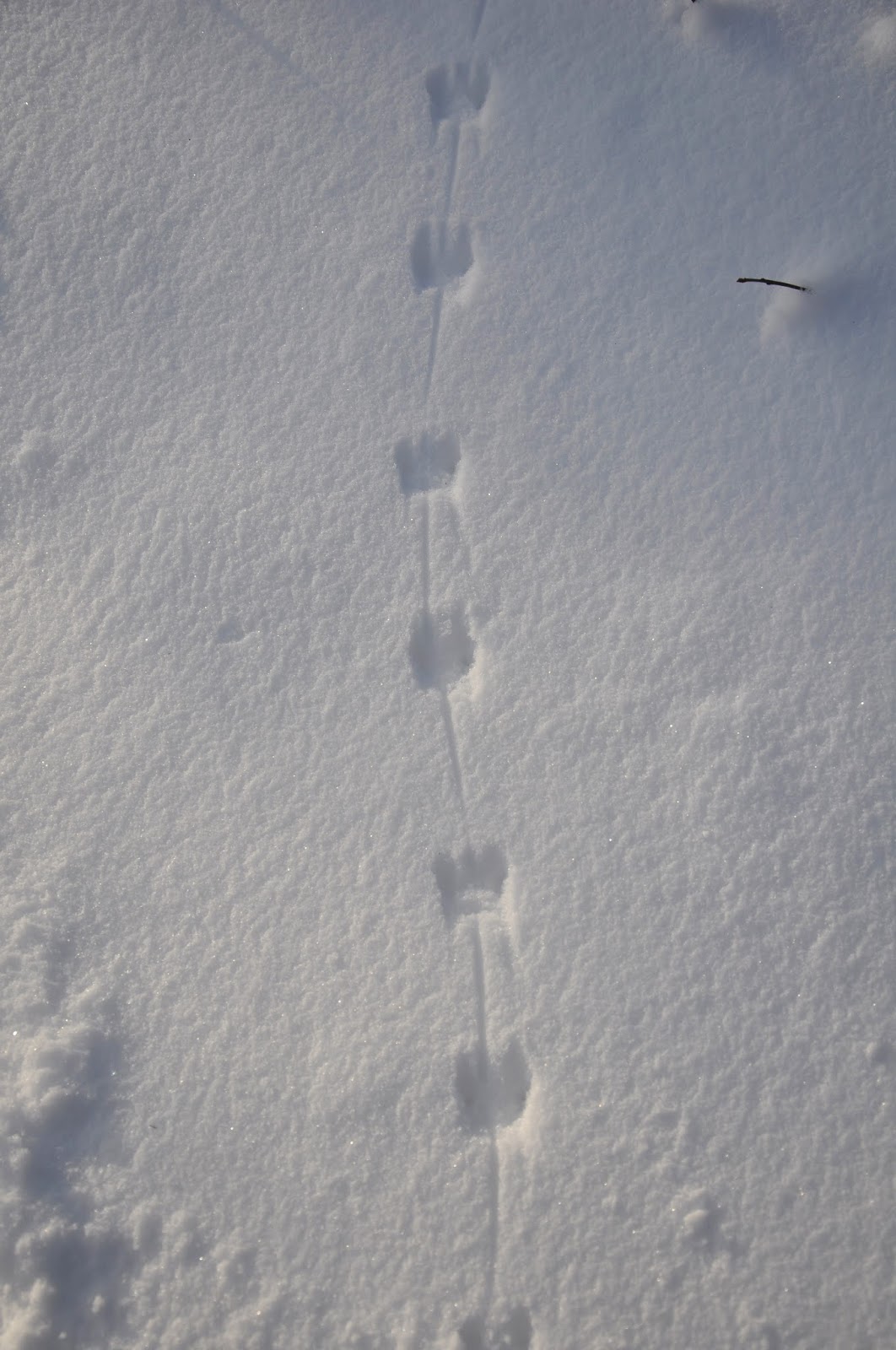 Fox?  Nope.  Coyote?  Nada.  Forget any martens or fishers - wrong habitat.  Too cold for the raccoons and opossums to be out and about (I wonder how many opossums aren't going to make it this winter). 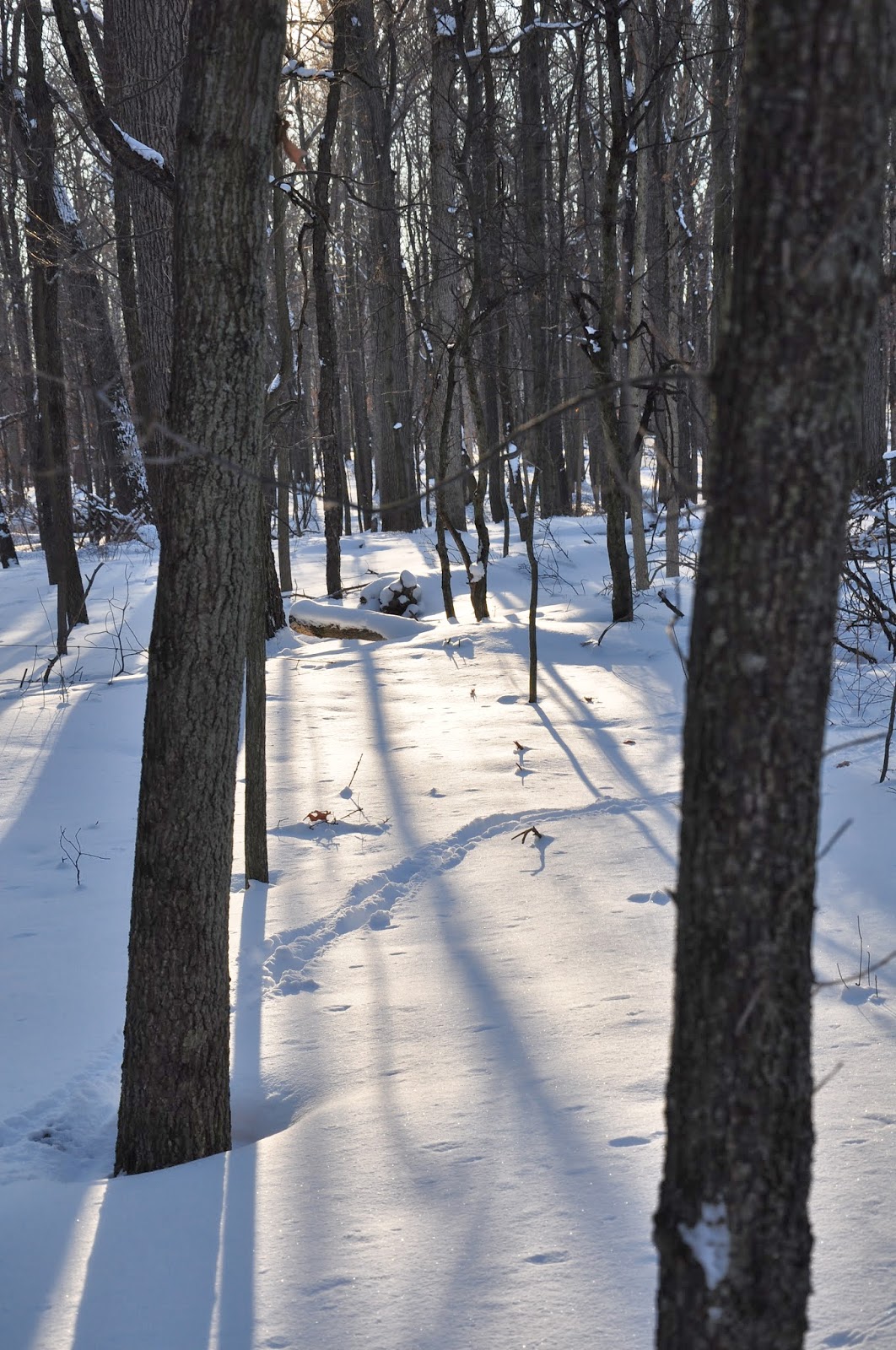 Coming back through the Bug Field was when the winds hit me - and brrr, they were chilly.

And beneath each crabapple tree the snow was stomped down by the deer who had gleaned all the low-hanging fruit.  What remains is out of reach and is left for the birds (and the flocks of robins have been taking advantage of it). 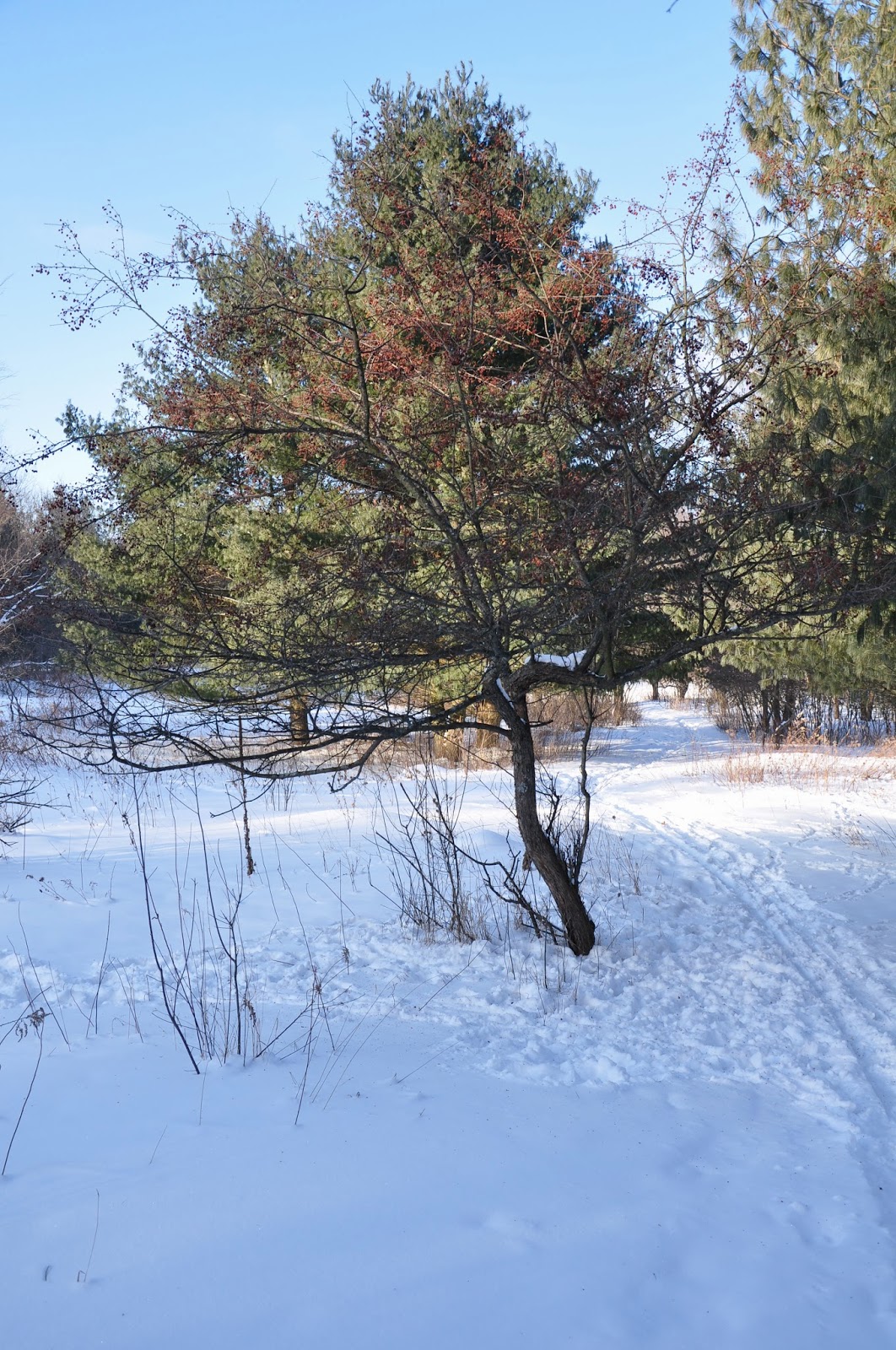 I didn't go far - maybe a mile.  I will say, though, that I was surprised at how much my legs ached!  It's not like I was setting trail in three feet of powder, but it was enough of a workout, doing something I haven't done in four years, that I was feeling it before I was halfway around my loop.

Sadly, both bindings on my snowshoes broke.  I made these about 25 years ago...I don't know if the company will still carry replacements or not.  Will have to check on the internet to see if I can find them.

In the meantime, it was a great morning out!  Woo-hoo!
Posted by Ellen Rathbone at 1:03 PM

Email ThisBlogThis!Share to TwitterShare to FacebookShare to Pinterest
Labels: snowshoes