Things That Make You Say "Hm"

Last night while the pooch and I were taking a quick turn "around the block," I was struck by the seasonally appropriate look of the full moon shining through the dark branches of a broken old tree. I had to leave for a meeting in less than half an hour, but it was just too good an opportunity to pass up photographically. So, we rushed home, I unleashed the hound, grabbed my tripod, camera and remote shutter release, hopped in the car and headed out.

People must've wondered what in the world I was doing, for the car was parked on one side of the road with the four-way flashers on, and I was standing on the other side of the road. Another dog walker gave me a very wide berth.

Anyway, I got set up, and hoping that traffic wouldn't be heavy (it wasn't), I took a few shots. The first one came out the best. 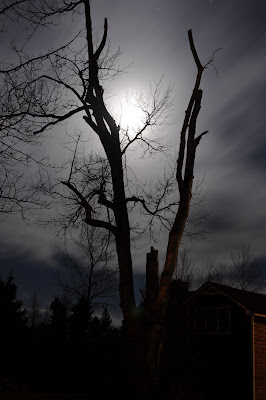 But then as I was going through the photos this morning, I noticed something: 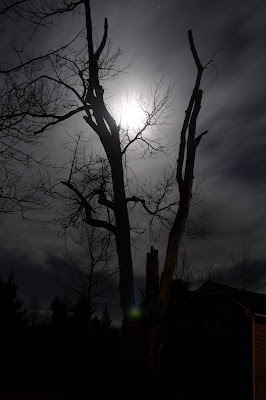 That green ball wasn't there in the first photo. 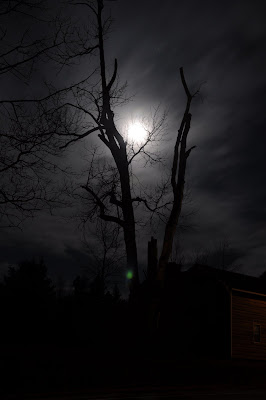 And it seemed to move around the subsequent ones. 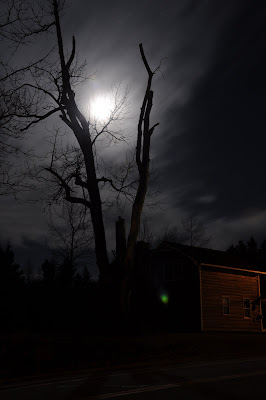 Email ThisBlogThis!Share to TwitterShare to FacebookShare to Pinterest
Labels: moonlight