The monarch butterflies have been few and far between this year. In fact, after seeing the first one(s) in early July, I can't recall seeing any more! So I was pleasantly surprised to actually find a monarch caterpillar on one of my butterflyweeds a couple evenings ago. 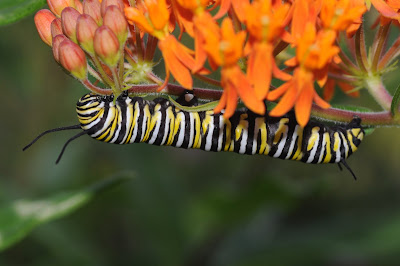 Yesterday evening I took another look and found a second caterpickle on the same plant! 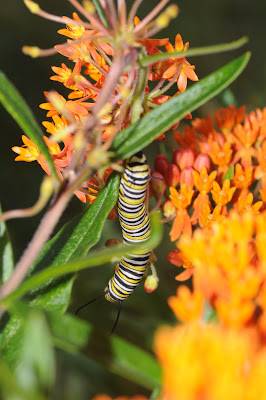 I moved on to a second plant, peered at it, and discovered one more caterpickle, although this one was significantly smaller! It's amazing how something so strikingly colored can blend right in. 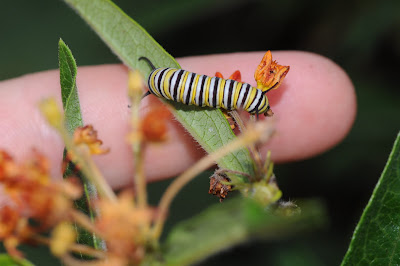 I've also been fascinated this year with the variety in butterflyweeds. Most are orange sherbet colored, but this one has almost reddish stripes on the petals, while the ones we found at the Ice Meadows tended towards yellow. 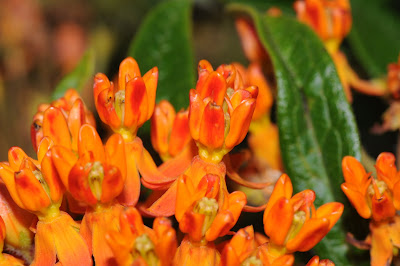 I also have a couple at home that instead of sporting nice rounded clusters of flowers, they have a Spartan clusters of two to six flowers, spread out sporadically along the stems. Hm.