Hosanas for the Unmowed Lawn

Here in The States, we call the undeveloped expanse around our homes a yard or lawn. And this is what it looks like: 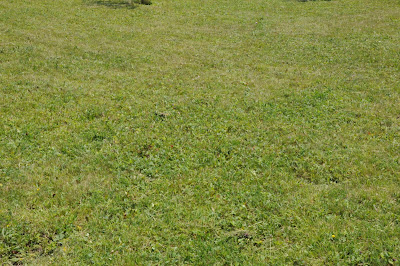 In Merry Ol' England, however, they call it a garden. The front garden, the back garden. Even if it is just grass. But the British seem to have a great fondness for gardens, be they flowers or veg, and I think we can all take a page from their book.

Every year I leave a greater portion of my yard unmowed, for various reasons. The reason I like best, though, is that this is what I get when I don't mow: 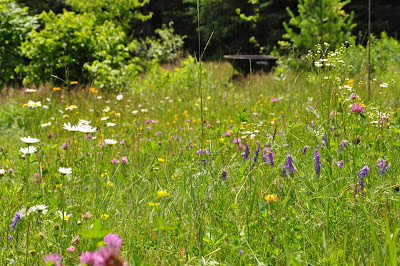 Isn't that just so much more attractive? Not only is it pleasing to the eye, but it brings in a whole passle of insects, which make the yard even more interesting. Beneficial insects pollinate, attack insect pests, feed birds...it's a balanced ecosytem.
So, last week I did a tour of one of my unmowed portions, just to see what was there. Admitedly, the flowers are all non-natives, but they have been here for hundreds of years and many have naturalized. 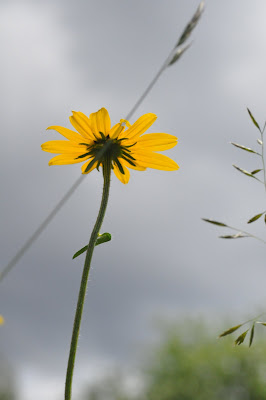 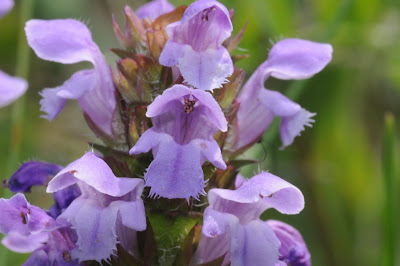 Heal-all (Prunella vulgaris) is a great plant. From a distance it is rather knobbly and lumpy, but up close, it is a bouquet of orchid-like blossoms. 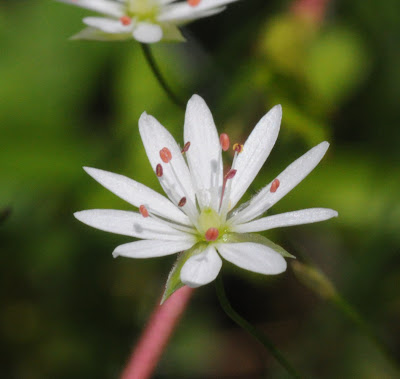 Lesser stitchwort (Stellaria graminea) is a sweet thing, especially up close. We do have a native stitchwort, the long-leaved (S. longifolia), but that prefers damp soils, not the hot, dry, barren soil of this yard, this portion of which was originally a driveway. 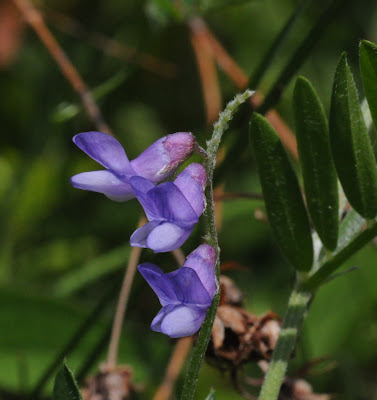 Ah, vetch. Vetch is a plant associated with agriculture. It is a nitrogen-fixer and makes good cattle forage. In fact, this one is cow vetch (Vicia cracca). Crown vetch is another one that is common along roadsides, and, like cow vetch, is rather invasive. Cow vetch, once in your garden, will take over, twining around your other plants and making a mad scramble to take over. Still, up close it is a lovely flower.
Just for the record, we do have a native vetch, American or purple vetch (V. americana). I don't know if I've ever seen it. 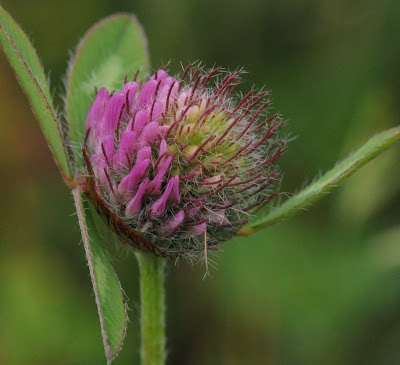 Red clover (Trifolium pratense) is another agricultural plant. Clovers are nitrogen fixers - good to have around. In fact, I planted a whole bunch of giant red clover a couple years ago as a cover crop, but I suspect some of them escaped. The bees certainly like the clovers, so they are good for pollinators as well as the soil. 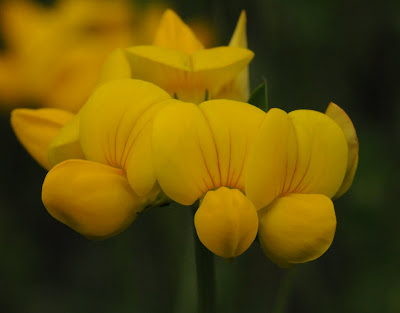 Birdsfoot trefoil (Lotus corniculatus) is one of my favorite summer flowers. You just can't beat that yellow! In the pea family, it's another nitrogen fixer, common in agricultural areas as well as roadsides. 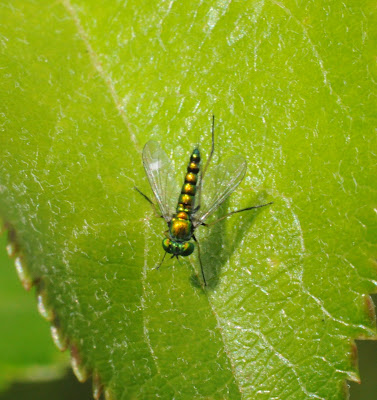 This beautiful little metallic fly was zooming around. It refused to sit still, and its activity was compounded with a breezy day. In other words, this is the best of a batch of blurry photos. I'm still trying to get an ID on this insect. Update: We have narrowed this down to a long-legged fly (Dolichopodidae). There are 1288 species of these teeny flies described in North America, but it seems that few have really been studied. Quite common, these wee flies, often metallic green, are important predators, snacking on small flies (gotta be really small, since this predator is lucky if it's 1/8-1/4 inch long itself), scale insects, mosquito larvae, dragonfly eggs, termites, beetle larvae...the list goes on. There's even one genus in this family, apparently, that feeds on plants.
The mouthparts of this fly are the stuff of nightmares. Here's how Stephen Marshall describes them in his book Insects: Their Natural History and Diveristy: " ...[they] do not impale their prey in the way that robber flies and dance flies do. Instead, they usually have a lower lip or labellum (a spongelike structure derived from the labial palps) that can spread out to expose two lobes covered wtih hard, crushing or ripping structures. One species that abounds on lily pades grabs leaf-mining midge larvae between the lobes of its labellum, and slurps them up the way kids eat spaghetti."
Kind of makes you glad to be at the top of the food chain, eh? 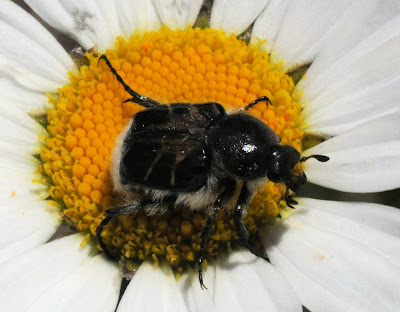 This handsome fellow, however, I've had a little more luck getting identified. My first thought was "scarab beetle," but I've never seen a scarab with fuzzy sides. The antennae were what made me think scarab, though. So, over to BugGuide I went and I have a tentative identification of Trichiotinus assimilis, a bumblebee flower beetle, or a flower and fruit chafer, or a flower scarab. Yes, Virginia, it is a member of the scarab beetle family. T. assimilis is a northern species, mostly in Canada, but it has been recorded in northern NY, too, which includes us here in the Adirondacks.

Last night I found some other interesting plants in an older unmowed portion of the lawn, but it was just too hot to do any photography. Besides, I had peas to pick, blanch and freeze...perhaps I'll take some pics tonight.