So, in the interest of posting SOMETHING, I give you a few random photos that are fairly recent.

First up we have a cedar waxwing I found a couple weeks ago. It had been hit by a car. The waxwings were terribly numerous for about a month, flocks flitting all over, popping up on lawns, cruising the roadsides. Sadly, a fair number of them get hit by cars at this time of year as they seek insects to fill their bellies. Normally fruit-eaters, late spring and early summer finds them between crops, so they turn their attention to insects instead. 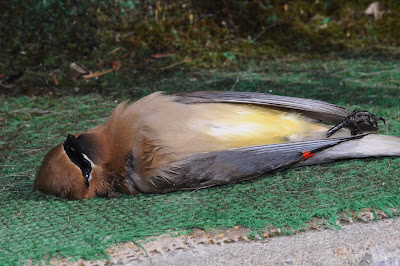 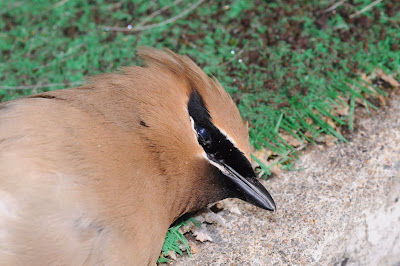 As sad as the death is, it does give us a really good chance to take a close-up look at this beautiful bird. 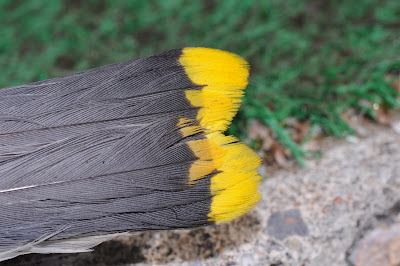 I am drawn to the "wax droplets" that festoon the wing feathers. It is currently believed that these function as a "chick magnet" and aid in courtship. 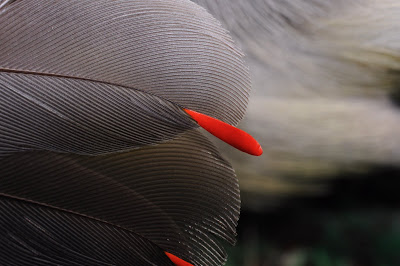 I was also amazed at how translucent the wing feathers were. That's my finger you can see behind them. 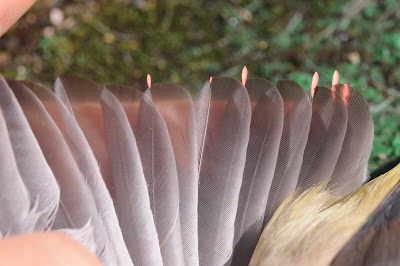 This morning I noticed that the timothy grasses along the road had suddenly bloomed. Yesterday they were little green cigars, but this morning the golden anthers were dangling away, eager to pollinate. 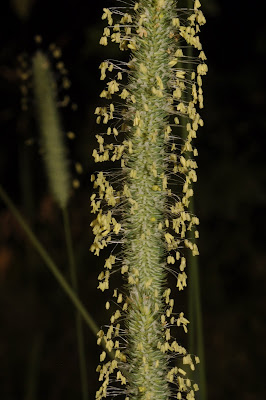 While driving the Goodnow Flow Road on my invasive plant survey, I stopped a few times to try and sneak up on the butterflies. Most were uncooperative, but this fritillary, which I believe is an Atlantis, did pose. 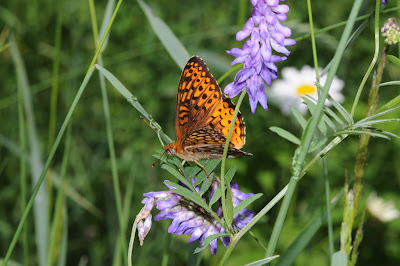 And speaking of butterflies, the monarchs are back. Saw my first one on the 30th and it bombed around the back yard. It refused to be photographed, though, and the several I saw during my survey also kept moving. So, you'll have to take my word for it that they are back.
Posted by Ellen Rathbone at 10:52 AM