Humid Morning in the Garden

Unable to hit the trails because of low staff numbers, I headed into the butterfly garden this morning to see what might be happening.

The rain from the last 24 hours was sparkling like liquid silver on the leaves of the false indigo, making it an immediate draw for me and the camera. 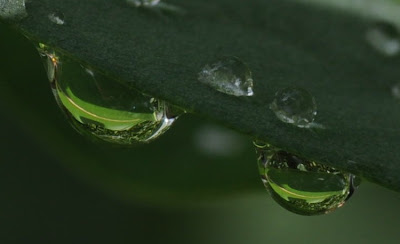 I am drawn to water drops in a way I cannot explain. One of the things I love about them is how they reflect the world around them, only upside-down and in miniature. 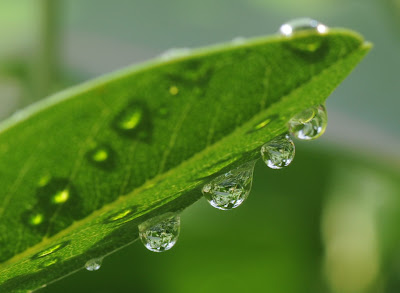 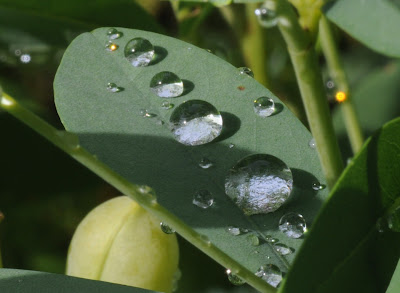 Mr. Snail (or is it a Ms?) was oozing along a milkweed leaf. Their eyestalks always amuse me. 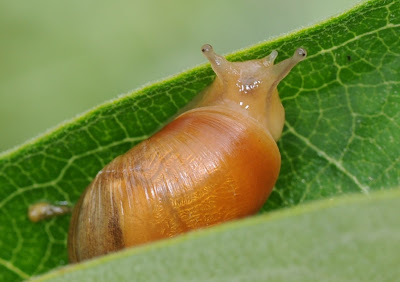 This ladybug was zooming all over the stem and leaves of a globe thistle. She wouldn't hold still long enough to photograph, but I managed to capture this shot just before she dashed out of the frame. I love the striped stem - reminds me of some of the striped pants that were so popular during the '60s/'70s. The color is delicious. 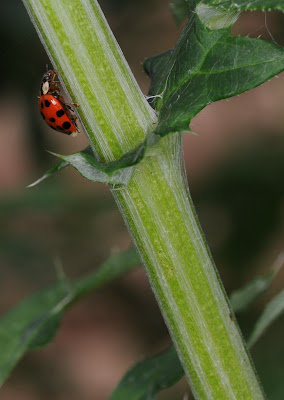 And then there was this guy. I had packed up my gear and was heading inside when I saw him creeping along the pavement toward the front doors.

After several attempts I was able to pick him up and put him on the railing for photographing. This is what he did:

This defensive posture, rearing up and swaying back and forth, is supposed to look threatening. Head on it looks a bit like a snake.

To me, though, it looks more like a manatee or a walrus. 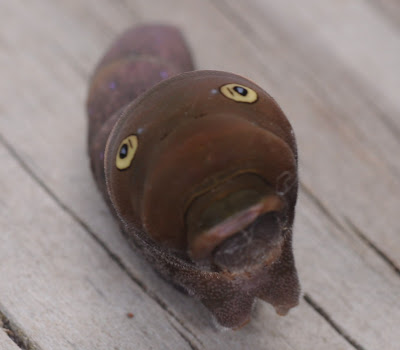 I used to be a member of the Save the Manatee Club, and have several photos of manatee faces, so I am quite familiar with their appearance. This is almost a dead ringer (ignoring the yellow eye spots, of course, for manatees have small, dark eyes). 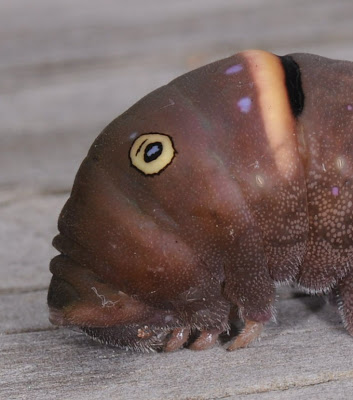 OH! So what is it? It's a caterpillar of a Canadian Tiger Swallowtail (Papilio canadensis). I had a devil of a time getting an ID on it. Our two caterpillar field guides are pretty basic and this wasn't in it. The closest I could come was the regular tiger swallowtail, except its larvae are green. The rest of the markings (blue spots, yellow eyespots, yellow ring around the neck) were all the same. The field guides say that when young (small) the tiger's larvae are brown, but turn green as they mature. This puppy was already quite mature, so I had my doubts. Two or three searches on-line and finally I found it!
This actually answers a question I've had since late spring when the tiger swallowtails were all over the place. I wasn't sure if we had regular tigers or Canadian tigers. They can be very difficult to tell apart. One of the traits used is size - the Canadians are smaller. But on the wing it is hard to tell. Now we know for sure that Canadian tigers are here in Newcomb, NY!
Posted by Ellen Rathbone at 11:56 AM