Saturday Morning on the Hudson

As I lay there in bed Saturday, with the sunlight streaming through the window and a gentle, cool breeze blowing, I told myself that this was the day I would actually get my canoe out on the water.

I've been wanting to explore the Hudson River downstream from the pump house, so I called a friend and she was eager to drop her laundry and come paddling with me.

Once we launched our boats, we paddled upstream. I've been wondering just how far one can go in this direction. Every spring I can hear the roar of the rapids, but I had no idea how far away they were. 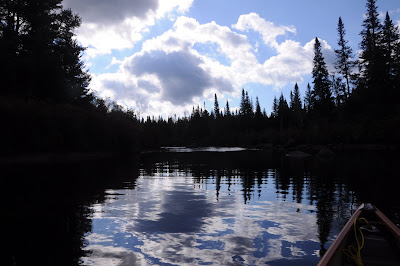 My guess would be that they are less than a quarter mile away. Lots of rocks and a bit of water still flowing through them. 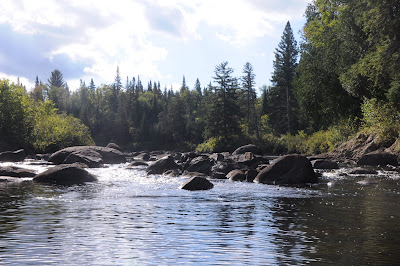 The flow was just enough that Monica got pinned against a couple rocks as she tried to cut across. 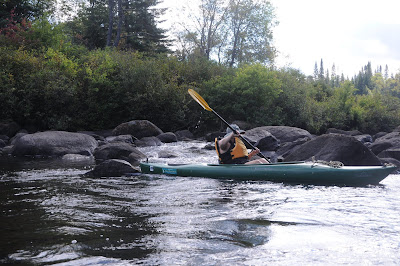 So, we headed back downstream. 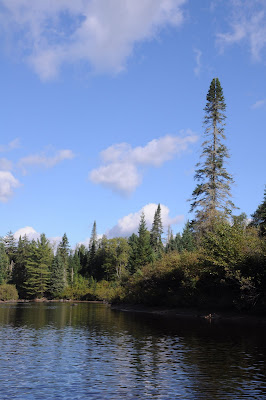 Unlike my paddling adventures with Jackie, we didn't do any botanizing. About the only things I could see blooming along the shores were goldenrod and asters. 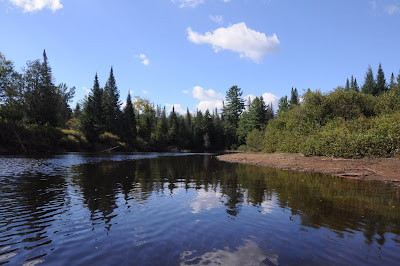 Mostly we were there for the scenery. 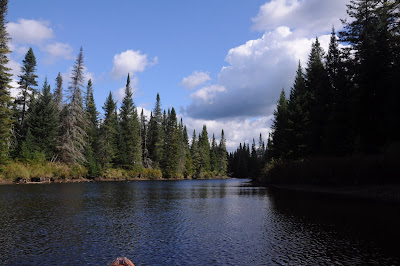 I was excited to see these tracks, though. The inner banks of the river's curves were often exposed expanses of mud - perfect for taking tracks. Based on the size and shape, I was pretty sure these were beaver tracks. 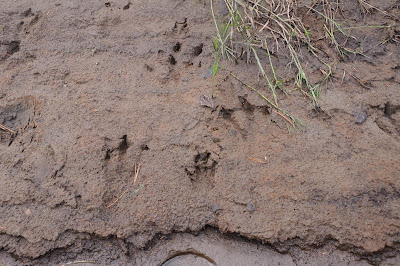 And just down the shore a bit further, we found this channel leading to the river. A beaver trail going toward a food source? 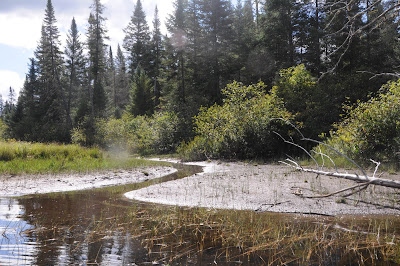 How beautiful the Hudson is up here. Folks from down below are amazed at our little river. I know that I find it equally amazing when I've seen it at its other end. At least our end still has a bit of its wildness in tact. 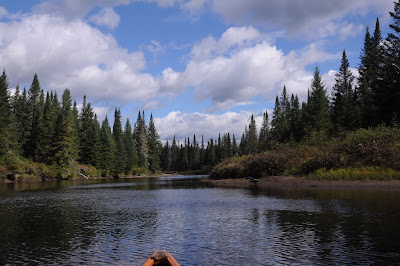 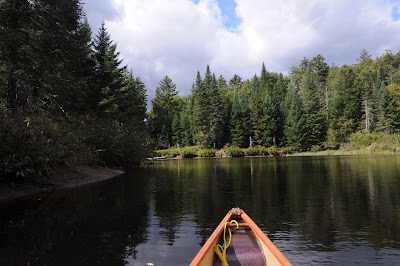 We never did get as far as the rapids, which means I'll have to come back another day! But the clouds were really rolling in and the sky was getting very dark. The wind had whipped up mightily, and I knew Monica was probably getting chilled, thanks to her unintended dip in the river. So we headed back upstream. With the wind pushing us and our determined paddling to get back before it rained, we were at the pump house in about a third of the time it took us to paddle downstream.

For others interested in paddling this part of the Hudson, I say give it a go! When the water is high, you might have a bit of a challenge paddling back up to the put-in point, but those who want to brave some pretty intense rapids and a carry or two can continue on down to the bridge on 28N.
Posted by Ellen Rathbone at 3:42 PM