Moving Day has come and gone. We loaded the U-haul on Friday, and headed out. 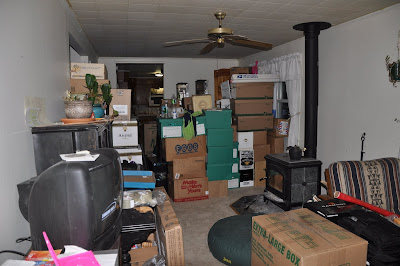 Saturday's weather was fine, but that night The Storm that nailed the upper midwest arrived. When we left Toledo Sunday morning, it was raining. By the time we reached Michigan, it was snowing. The roads were not great by the time we got to Jackson.

We arrived at The House (which I think is technically a summer cottage - more on that later) before noon and began unloading. A new neighbor showed up about mid-afternoon and lent a very welcome hand. Monday morning more bodies were here to help shift the remaining boxes and furniture.

Most of the stuff will remain in the boxes, but I started unpacking the essentials last night, like the kitchen.

I have since noticed that it is indeed rather chilly in here. I'm used to having my heat at 58*F "back home," but some how 58*F seems an awful lot colder here. Hm. AH! Must be the windows. Yes, they are single pane windows, and there is ice on the inside. Hm. Single paned windows, no basement, suspect insulation...it must be this was built to be a three-season abode.

Oh, well, one can live almost anywhere for a year...and a lot of people around the world have it a lot worse.

Anywho, this morning the sun is out again. Toby and I cruised the neighborhood, and here are some shots for you to enjoy. 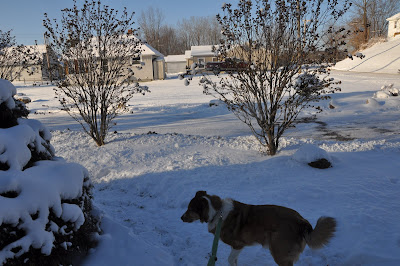 Just outside the back door. 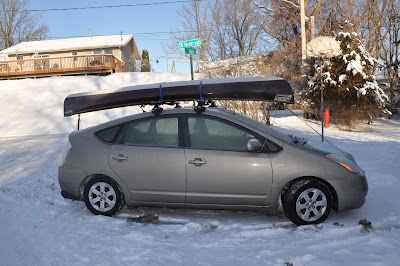 The canoe made is safely. 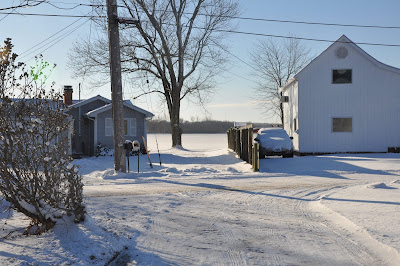 The "famous" view of the lake (Vandercook lake) - a big selling point
for the realtors who handle this property.

View of the neighborhood. 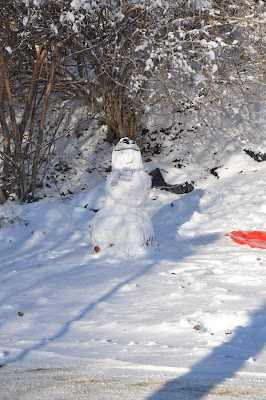 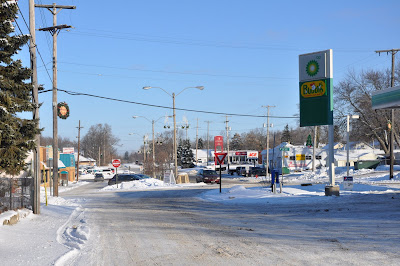 Just up the street. A far cry from Newcomb, NY, eh? 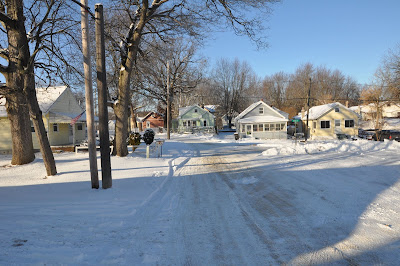 Heading back into the lake community. 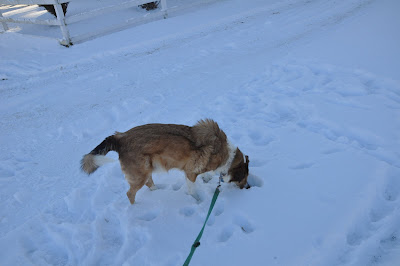 Note the raised hackles. Toby was being barked at by
a very enthusiastic border collie. 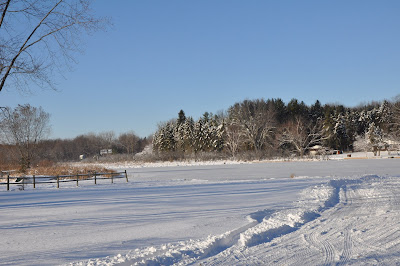 Ah, the lake once more. Apparently the Grand River has it's start here. 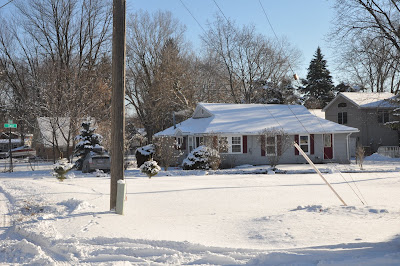 And back at The Cottage.
The wind is now blowing and the chill emanating from the windows is telling me I really MUST go in search of some insulated shades. Maybe I'll get some plastic to cover the windows, too.
Posted by Ellen Rathbone at 10:46 AM