In addition to old cars, I like old cemeteries.  Okay - I like lots of old things.  But, I digress.
On my way home from the Fall Festival, I stopped at this small, old cemetery that is down at the end of my road.  There are fewer than 100 stones in this lot, and none are terribly recent.  Most are from the 19th century, and most are in pretty poor repair. 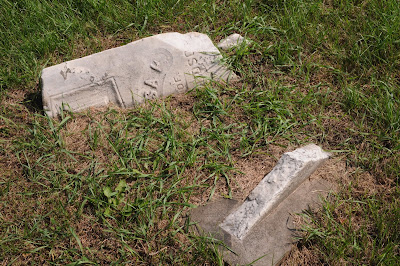 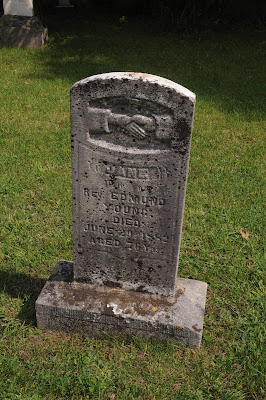 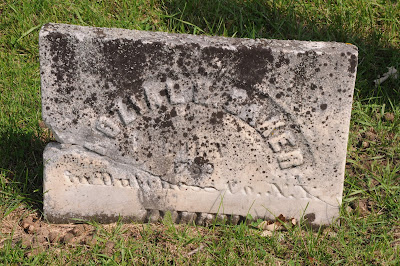 Is the earth reclaiming this stone, or was it vandalized
and only this short piece remains? 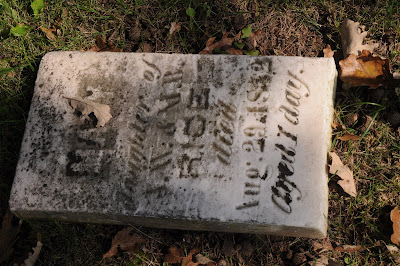 It's always sad to see the stones of infants and children. 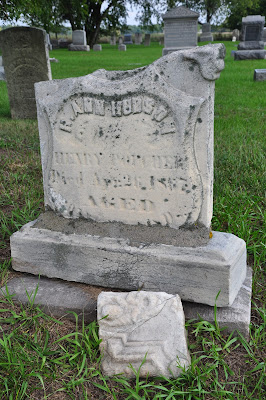 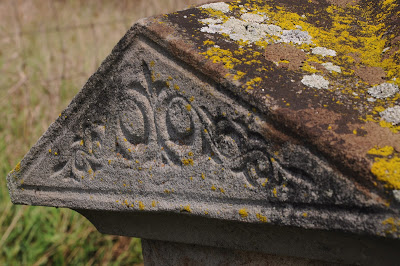 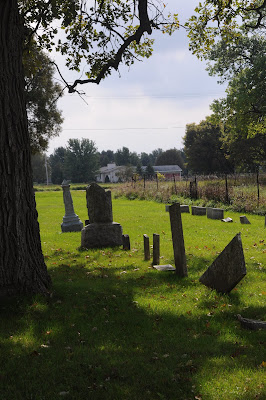 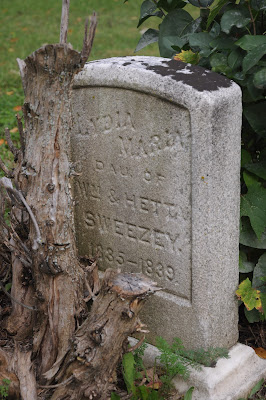 Several stones were embraced by trees.
And a good number of the stones had willows on them: 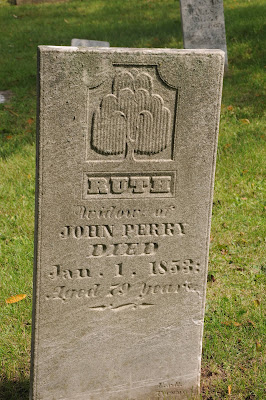 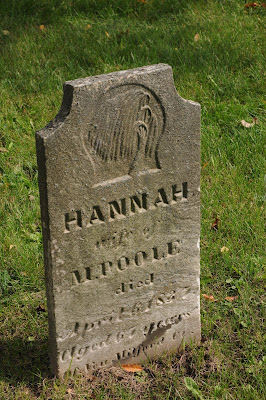 There must be some significance to this, because there so many.  So, I did a little quick research, and it turns out that in the first half of the 1800s, there was quite a revival of interest in all things Greek (just look at the dresses and hairstyles of the time...and architecture).   This carried over into cemeteries, with urns and willows featuring quite prominently on gravestones.  Apparently willows were the symbol of the Greek goddess of the underworld:  Peresphone.  Not only that, but Orpheus was said to have carried a willow branch with him when he went into the underworld.  Willows, it seems, were the most popular gravestone image up until about 1860.  This certainly is supported in this cemetery.

I also came across a reference that said that willows were used to signify the graves of Iroquois.  Hm.  This isn't Iroquois country, so I think we can rule this out.  And I don't recall anything from Iroquois stories that suggested that the willow held any particular significance to the Iroquois nation.  Does anyone know about this?


This last marker, well, I just thought the name was unusual.  I've heard of Althea, but never Altha. 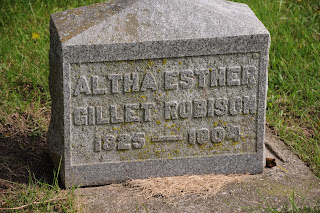 And she was all by herself - no other family around.
Posted by Ellen Rathbone at 11:36 AM

Email ThisBlogThis!Share to TwitterShare to FacebookShare to Pinterest
Labels: cemeteries