Monday was breezy and lovely - a day to get chores done outside.  But last week I promised a co-worker that I would come out to Haehnle Sanctuary to help with the weekly crane count.  So, after doing laundry, taking a cat to the vet, digging spuds and shucking dried beans, I showered and drove up to Waterloo.  By 5:00 it was still sunny and lovely, but the breeze was chilly - and it would only get colder as the sun set. 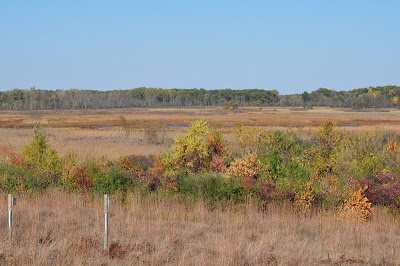 A handful of watchers were already on The Hill, and it turned out that the folks for whom I was the stand-in counter arrived after all. 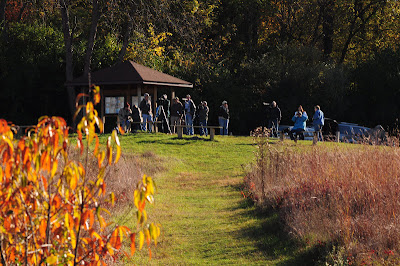 So, I was able to go down the hill and do some late afternoon photography instead! 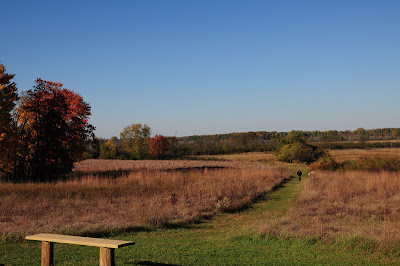 Not too much was still blooming.  This delicate little aster, which is rather prolific around these parts, was still putting on a show. And of course the milkweed was in full fluff. 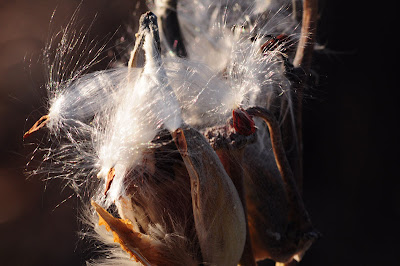 Sweet everlasting is also in bloom right now.  A relative of the pearly everlasting I knew back east, this plant has a trait the other lacks:  it smells like maple syrup.  No kidding. 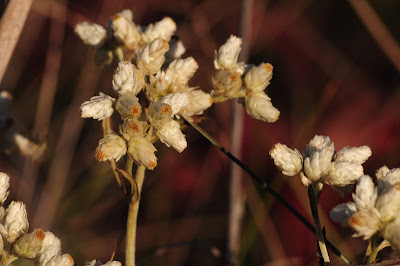 Robins by the dozens (dare I say hundreds?) flitted back and forth across the sky, coming in to the to sanctuary for the night. 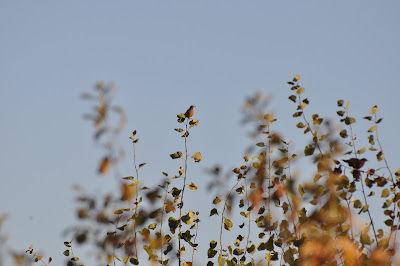 The main event, though, was the nightly return-to-the-roost of the greater sandhill cranes.  When conditions are just right (water levels and mudflats), the sanctuary fills up every evening in the fall with cranes who are making their way southward for the winter.  Two years ago they had record numbers of over 5000 birds.  Last year water levels were too high and only a fraction of that number used the sanctuary for roosting.  This year, however, conditions are looking promising. 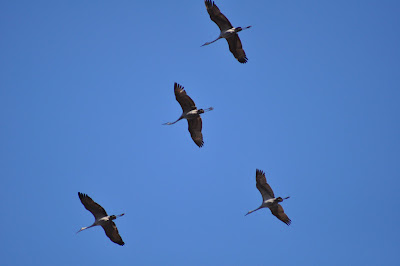 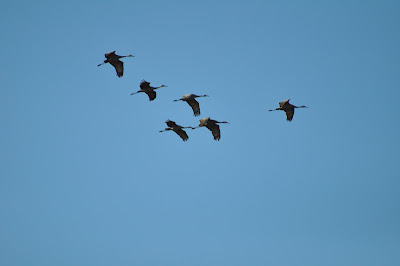 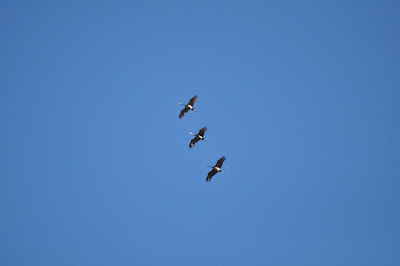 There were a number of gashawks making tracks across the sky, too. 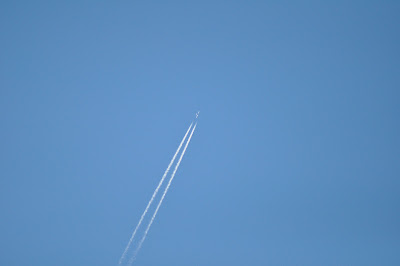 I left the sanctuary about 7:00 - a bit chilled.  Crane watchers were starting to fill the parking lot, and apparently after I left the large flocks started to arrive.  Final count for the night:  1,855.
Posted by Ellen Rathbone at 10:42 AM