A Walk Toward Camp Santanoni

Sunday morning I was being a slug - lying in bed, reading (Harry Potter and the Deathly Hallows - about the 12th or 15th time). It was about 12:30 when a friend called to ask if Toby and I wanted to go for a walk over at Santanoni. SURE! I really should be getting up anyway.

So, we drove over and met Judy and Spike. This time I took my camera. Even though there isn't anything blooming, you just never know what photographic opportunity might present itself.


Like, for instance, these lovely percherons, just in from hauling some hunters and their gear back to the parking lots from the interior portion of the Santanoni Preserve. 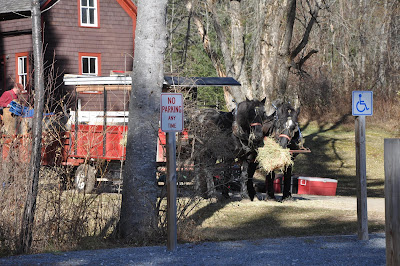 Mostly Judy and I chatted while Spike and Toby sniffed and piddled. We walked this way a couple weeks ago, after several days of rain. The streams were rushing and crystal clear then, and I was sorry not to have brought the camera along. Today they weren't as robust, but the bubbling falls were still pleasant to listen to. 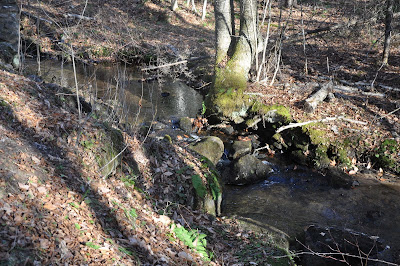 And Toby found the water good to drink. 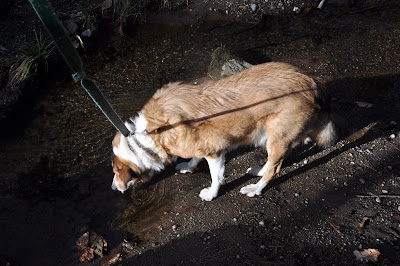 The highlight of the walk was the large patch of milkweed we encountered. Most of the pods were completely fluffed out. Who could resist? 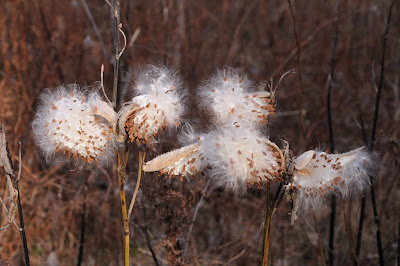 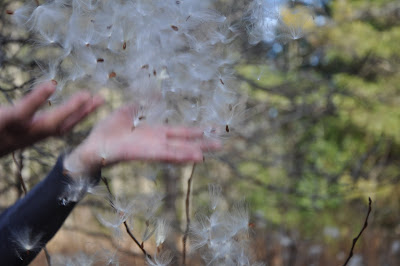 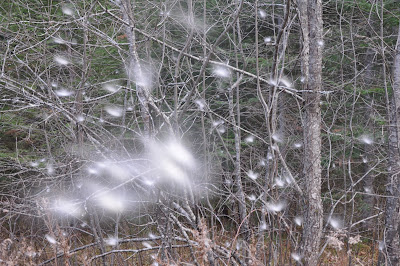 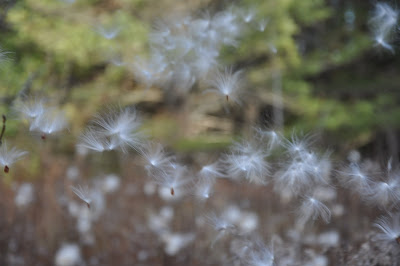 We left the field well-seeded for nest year. 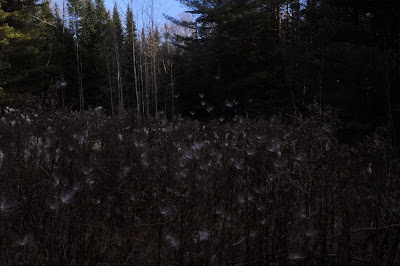 And I know you are dying to see Spike, so here he is: airborne! 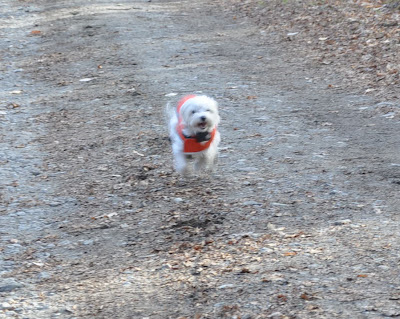 And ears all flying. He's a Maltese and just cute as a button. 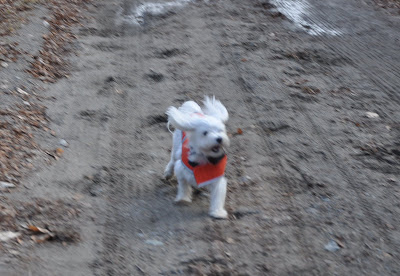 We did over four and a half miles - took us about two and a half hours, because we were chatting and the dogs were sniffing and piddling - no one was in a hurry. Met the same hunters as we left that we met when we arrived. They had gone out to Long Lake in hopes of catching a float plane ride, but the pilot was not around, so they were heading back in as we were leaving.

We all got some fresh air and exercise, and we liberated hundreds of milkweed seeds. All in all, it was a very good day.
Posted by Ellen Rathbone at 11:07 PM