There's nothing quite like waking up to the prehistoric calls of sandhill cranes.  These birds are considered about the oldest species (of birds) on Earth, displacing the loons, which have traditionally held this coveted position.
Yesterday morning there was quite a ruckus coming from the neighboring field.  Baby cranes are now on the move, so I was hoping to see some juveniles (saw my first ones the day before), but when Toby and I sallied forth across the field, it turned out that it was a group of adults making all the fuss. 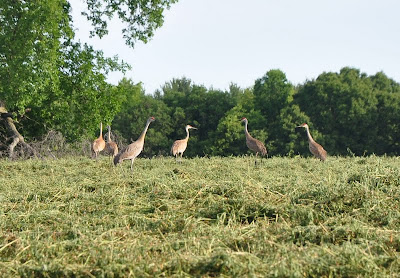 They tolerated our presence for a few minutes, and finally decided that we were too much of a threat.  Off they took. 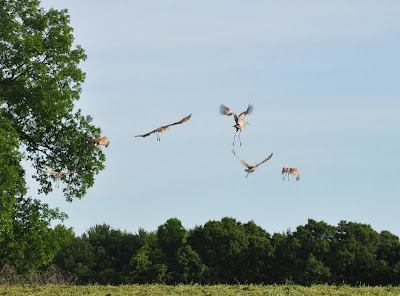 There's a pond over yonder, not too far from my house as the crane flies, and we think this is where these birds are hanging out.  I often hear them calling from that general direction. 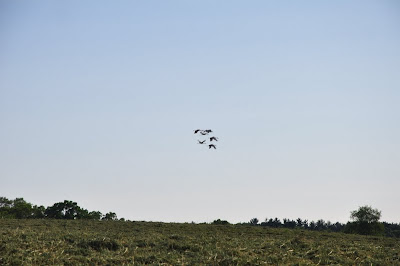