A couple weeks ago a coworker of mine was telling us how he had discovered a huge crop of small yellow ladies slippers on the property where he lives.  Two of us HAD to go get pictures.  Carrie beat me to the punch, but was willing to make a second visit.

So about a week ago we drove over after work.  First stop was to admire the old irises in a bed out front. 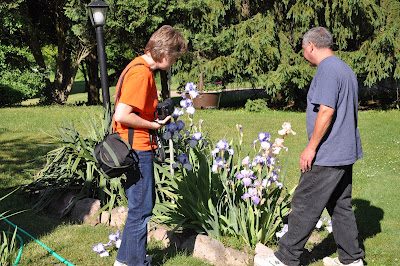 These varieties were rescued from an old farmhouse many years ago.  I've never seen these colors before - they are quite lovely. 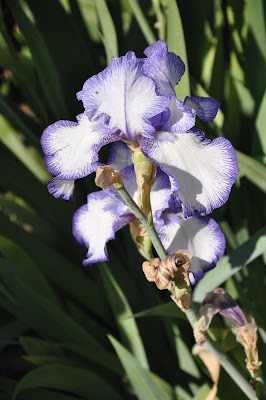 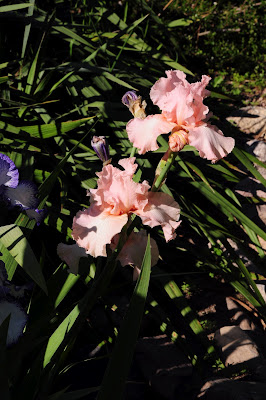 Freddie, the resident feline, was keeping us company - you will see plenty of photos of him here (who can resist a photogenic animal?): 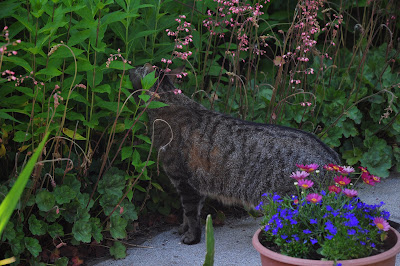 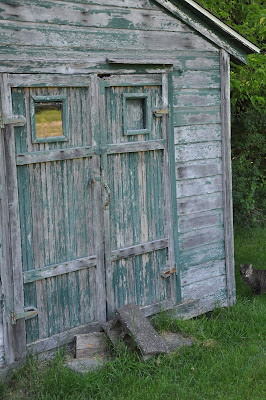 Although most of the orchids were well past their peak, we found a few that were still hanging in there are weren't too bad for portraiture. 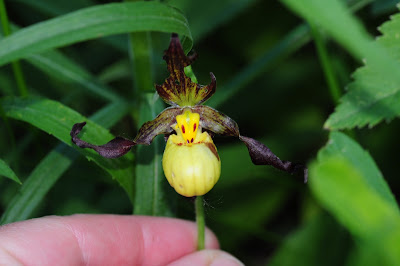 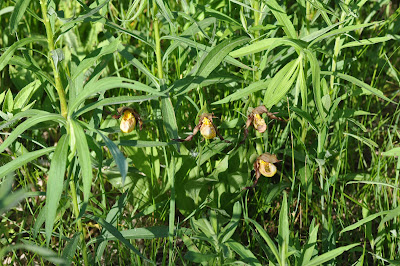 They've also got quite a crop of cow parsnip! 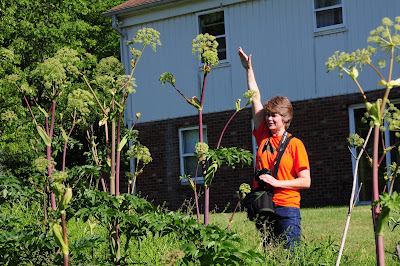 Mark, who knows his wildflowers pretty well, says these are Turk's cap lilies.  Hopefully he'll let us know when they bloom, too! 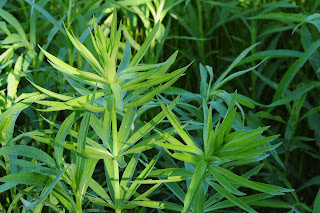 We watched Freddie pounce and snack on some small thing in the field, but when he tried to exit the field, Carrie and I wanted to capture a shot of him leaping out...so we kept sticking him back in to do it again.  Poor kitty - but he performed beautifully! 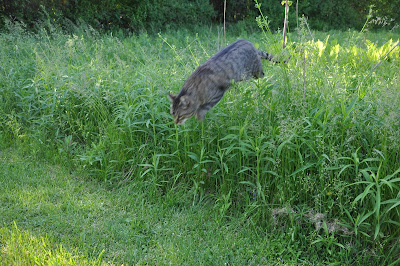 And got his reward of us finally leaving him alone! 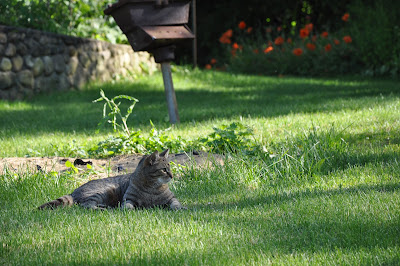 It's always such a delight to hang out with other nature nuts - and to explore people's property where natives are doing well.
Posted by Ellen Rathbone at 9:22 AM