Eight days ago, a regal moth laid her egg on my hand.  We brought it in and put it in a jar.  We looked it up to find out how long it would be until it hatched, and then what it would eat.  The experts said the egg would hatch in seven to ten days.

Yesterday was day seven.  The egg had a dark spot on it.  I went out and grabbed a hickory leaf and we placed leaf and egg into a larger container. 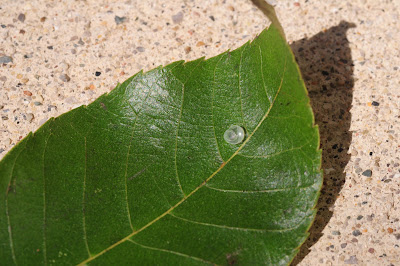 It had hatched!  Over on another leaflet, there was the baby hickory horn devil!  And what a baby it is - check it out: 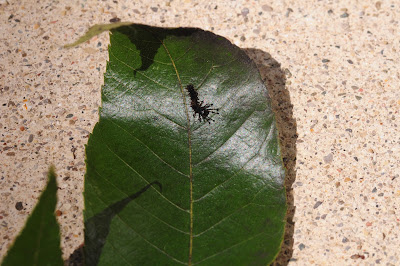 Look at all those spines and things! 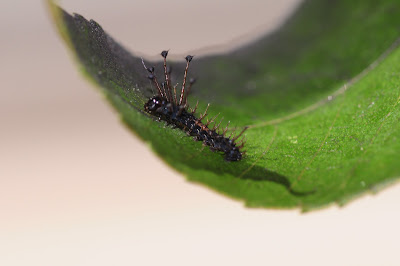 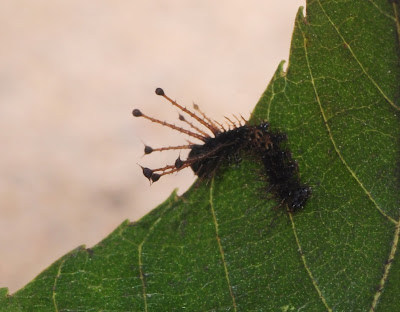 And here it is with my finger in the background...just to give you an idea of scale.  It is maybe 6mm long. 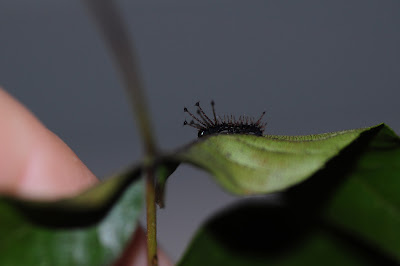 If you take your motion sickness tablets, you can watch the video of it's first steps in the sunshine:

It hasn't taken even a tiny nibble from the leaf we gave it.  So we added a fresher leaf and a leaf of another hickory species.  We don't know which one it will prefer, but whatever it first snacks on, that will be the one we will have to keep feeding it.

I will keep posting the progress of our little friend, either here or on the Dahlem blog:  Dirt Time at Dahlem.

Posted by Ellen Rathbone at 4:53 PM