There we were, walking along by the Scenic Overlook in town, when along the back edge, where the grass meets the unmowed verge, a large buffy-orange feline with a long, strong tail was trotting. 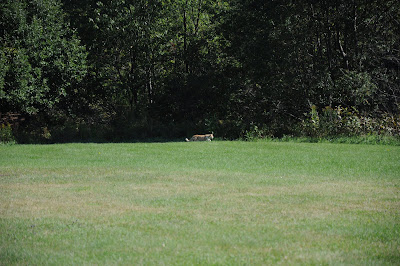 The first thing that went through my mind was "Cougar!"

Then reality set in.

"That's too small to be a cougar." 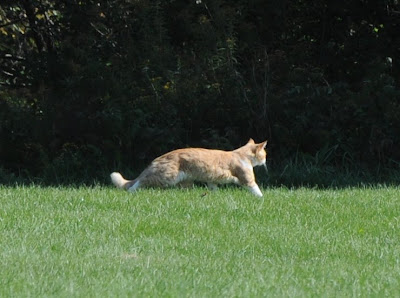 Sure enough, it was merely a house cat, albeit, a rather large housecat.

It is easy to see how people can confuse common household animals for rare wildlife, especially when these people have never seen real wildlife in real situations.

Black panthers (or "painters," as they are called where I grew up) often turn out to be black house cats, or even fishers. And cougars are often (very large) house cats, too. Harmless milk snakes are transformed into venomous rattlers or copperheads.

Still, it can be fun to be caught up in the moment and let one's imagine run rampant for even a few, brief seconds.

Posted by Ellen Rathbone at 3:26 PM