An Evening Stroll Along the Hudson River

You know how it goes: you head out for a walk thinking you'll go one way, but on a whim you turn left instead of right, and then you think, oh, just a little bit further, and before you know it, you are miles from home! But Toby greatly enjoyed this unplanned trek we took a couple nights ago - sights and smells we've not encountered for many months. It was only later on that I had second thoughts, as the poor pup could barely hobble upright and across the floor. Aging isn't a plus no matter what your species!

Anyway, off we went, headed across the golf course. Our first find of the evening was this fuzzy-antlered buck on the 5th hole (I think he was eye-balling your plants, Lorraine). 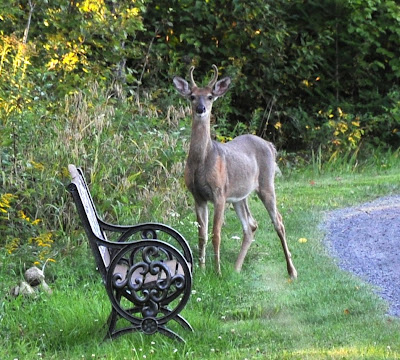 He stuck around long enough for about three photos, and then Toby spotted him and he (the deer) took off.


Taking that left-hand turn into the woods, we headed down towards the Hudson River. Afterall, it's been almost a year since we took this route, the evening was mild, the sun was out...the river was high. 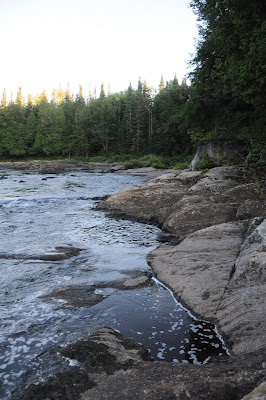 Normally we can stand out on those rocks that are submerged to the left of the photo.

The trail we were on is part of the local snowmobile trail in winter, although in the summer ATVs apparently use it now, based on the ruts made by tires and the wallows in the mud. Still, if it's not too wet, it is a nice walk. Along the way we found four piles of scat: 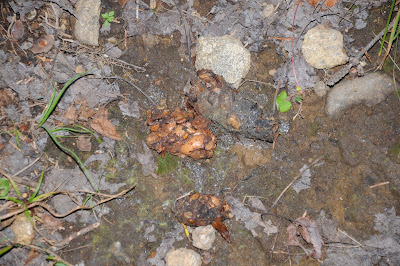 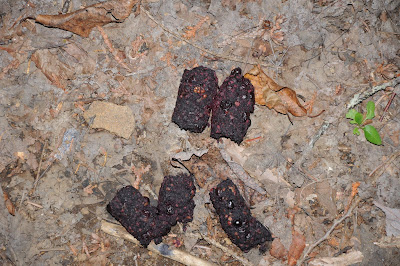 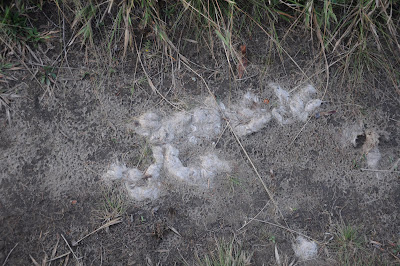 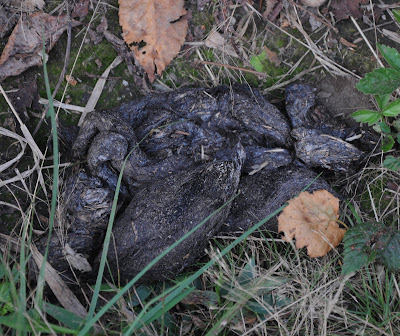 The last one was just an enormous pile. Not only was the quantity impressive, but so was the diameter of some of the sections. Here's another view, with my boot for rough scale: 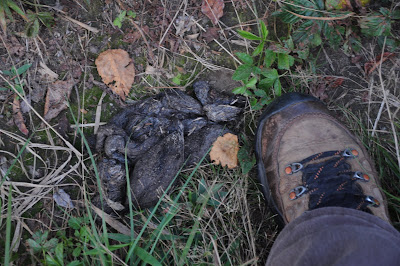 I've sent the images along to Vince Walsh of Kawing Crow Awareness Center in Greenfield to see if he knows who might have left it. I suspect a really, really large coyote, but I could be wrong.

This paper wasp (or maybe bald-faced hornet) nest has seen better days. Could a bear have made a meal here? 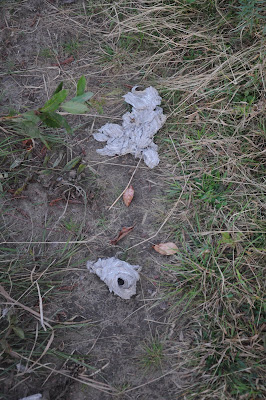 Beavers had been hard at work, blocking up the drainage from the swampy area. Their industriousness flooded the trial in more than one location. With some judicious tip-toeing, Toby and I were able to get through without getting too wet and muddy. 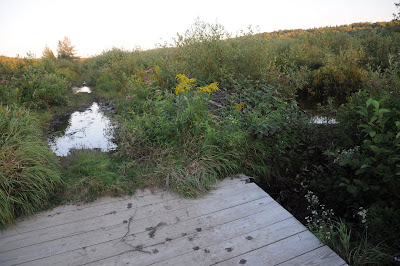 What looks like an oil slick is likely gases oozing out from the wetland and mixing with the water. 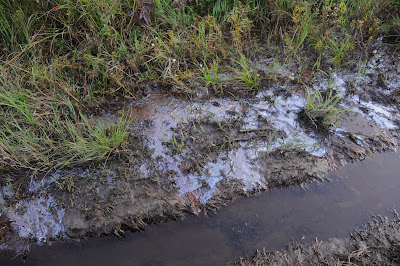 The Hudson River at twilight. 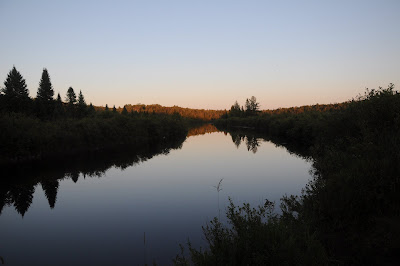 We reached the end of the trail shortly after the sun had set. Now we had 2+ miles to walk along the roads back home. The only signs of life we encountered were a beagle on guard duty and a couple carloads of campers headed for the Lake Harris Campground. Not a bad way to spend an evening in early September.

Posted by Ellen Rathbone at 4:14 PM