A Stroll on the Peninsula

Ahhhh - the temp is once more back to something resembling normal. Still, just so we don't get too cocky, it remains quite humid.

Because the weather was so much improved, I decided to hit the trails. It's been quite some time since I walked the Peninsula Trail, so that was my destination...

First up, we have common mullein (Verbascum thapsis). Not native, this tall spike of a plant is found in many of our "waste" areas. This one volunteered itself in our planter. 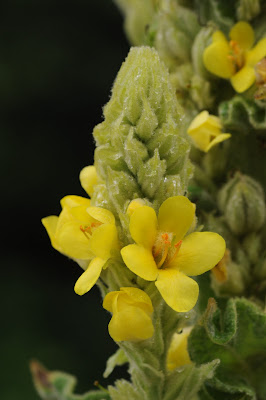 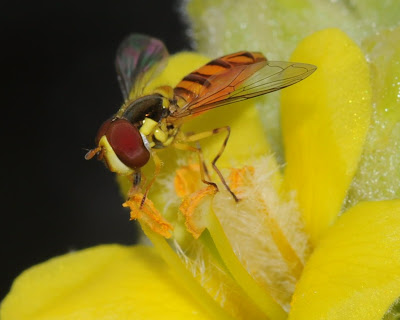 A butterfly weed (Asclepias tuberosa) also volunteered here. It is one of my favorite plants, probably because of its brilliant orange color. 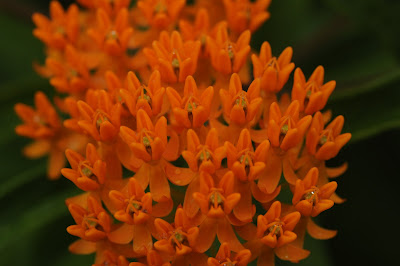 The following are random images from various parts of the trails, in no particular order. 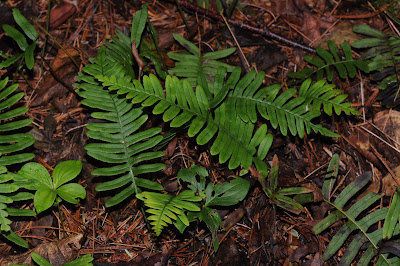 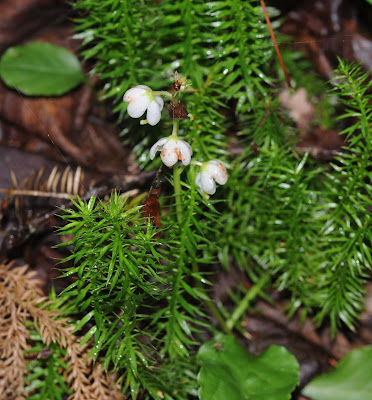 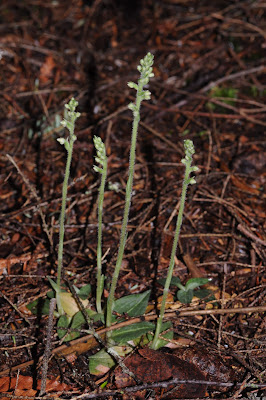 Rattlenake Plantain was just getting started. 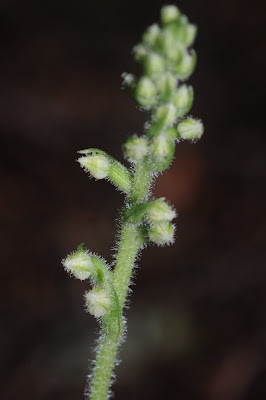 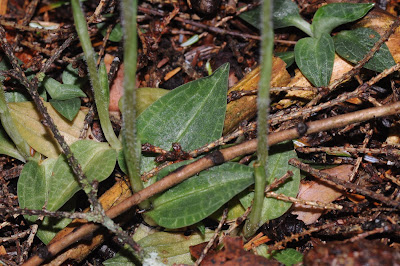 Although the leaves seem rather less decorative than usual. 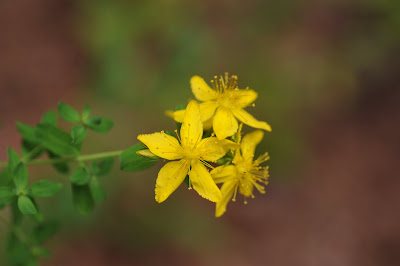 St. Johnswort was a surprise, but it found a gap in
the trees and was doing very well.

Buttonbush (Cephalanthus occidentails) is only juuuust starting to bloom. 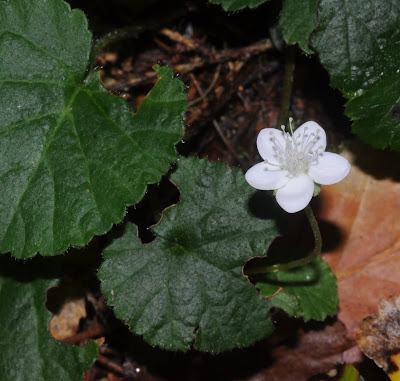 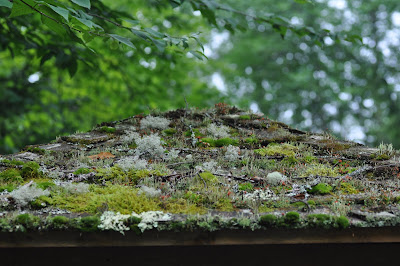 The roof of the gazebo is a hotbed of lichens! 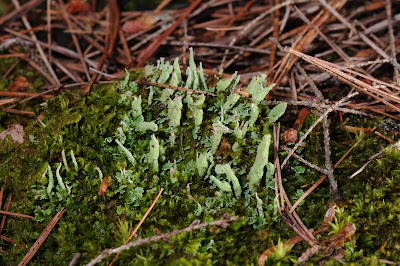 Lichens on a rock. 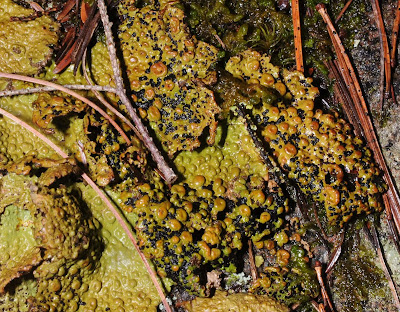 Is this a rather revolting-looking mess or what? It looks like something vomited on the rock. They are, I believe, lichens, though.

It was a great day for mushrooms, too. We've had 3/4" of rain in the last two nights, so the mushrooms are thriving. My mushroom book is at home, though, so ID is limited until I get a chance to look 'em up. 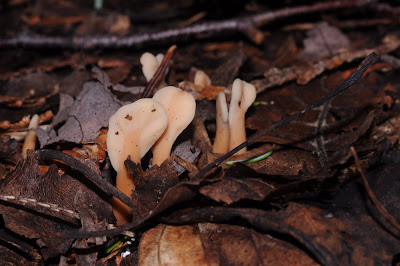 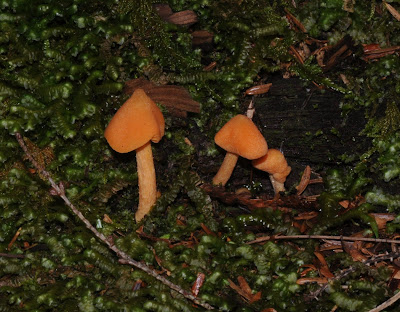 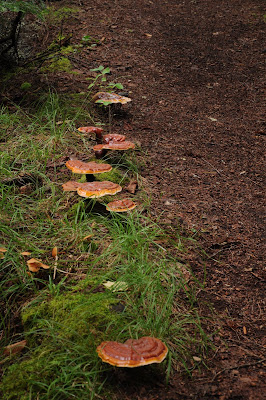 Although I'm pretty sure these are lacquered polypores.
There was a whole line of them next to the trail.
I suspect they are growing on the decayed remains of a log. 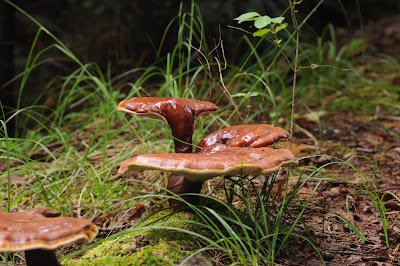 I loved the shape of this one. 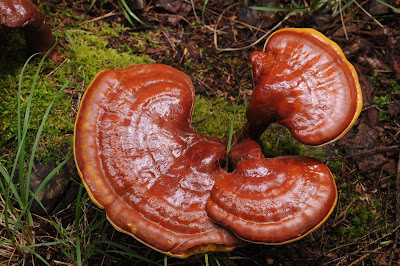 Had to take it's picutre twice! 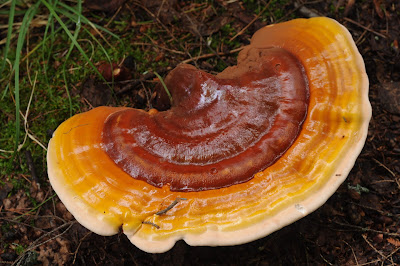 And this one was just so colorful! 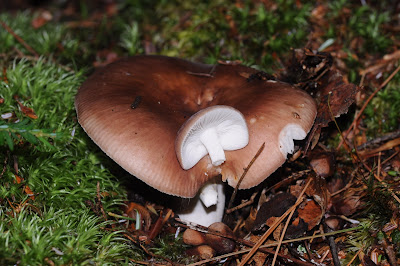 Did someone have a snack? 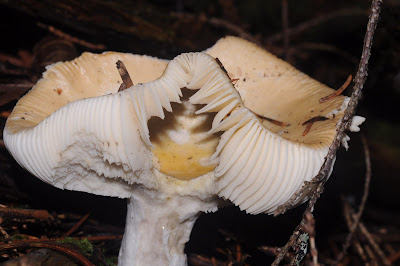 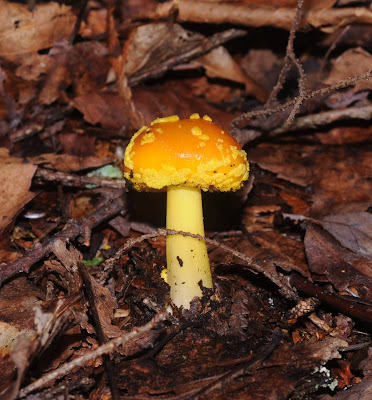 This is probably an amanita. Such a beautiful yellow. 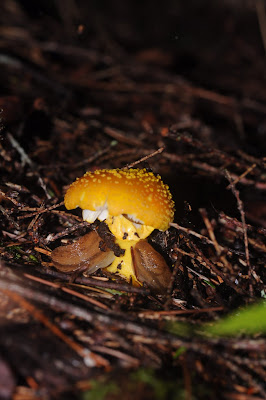 And this is why many mushrooms look mangled.
It's a regular slugfest under there! 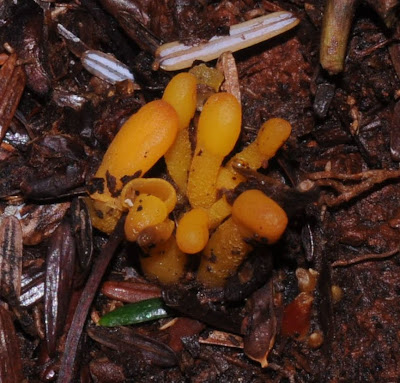 These little yellow fungi were just pushing out of the ground.

Next week I'll go out on the Sucker Brook and Sage Trails and see what's blooming/growing there.
Posted by Ellen Rathbone at 12:19 PM