Things are Greening Up

I know it's the end of November, but the plants outside seem to think spring is on the way. Sure, the days are still getting shorter, but they are also getting milder. Even some of the nights have been mild. So, what else is a plant to conclude but that spring is just around the corner? 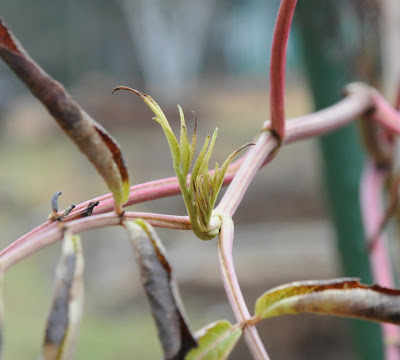 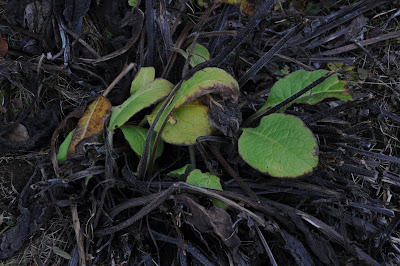 Comfrey - sending up some greenery. 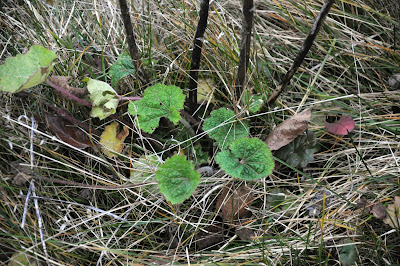 New leaves for the hollyhocks. 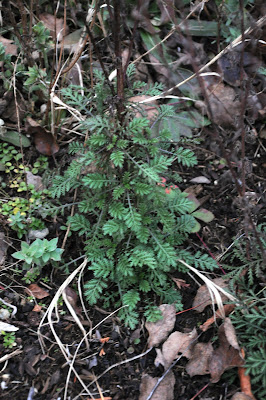 I keep hoping it will snow soon. On the one hand, it's been awfully nice to not have the furnace really going (my house is about 58*F...depending on where you are, of course; some areas are likely closer to 48*F), but it is the end of November, and we should have snow. Despite the pervasive dampness in the air, actual moisture accumulation so far this month has been less than two inches.

Global warming? Considering that mild winters have been occuring with greater frequency lately, it sure seems like it.

Here are some interesting facts to consider (a la National Geographic Magazine, although I've seen them elsewhere, too):

* Most of the CO2 emissions that are responsible for climate change come from the burning of fossil fuels (no news there);

* Even if we maintained the CO2 levels we emit today (go no higher), we are releasing CO2 into the atmosphere nearly twice as fast as the planet can remove it (plants, soils, ocean, sediments and rocks);

* If we stopped emissions completely today (ha), it will still take centuries for plants and the oceans to absorb most our man-made CO2, and it will take millennia for the rest to be removed by rocks and sediment.

In other words, it looks like nothing we do now will stop this boulder from rolling down the mountain. We are going to have to change the way we live - not to fix things, but to live with the changes we have wrought. Some of us will come out okay, but much of the world will be facing potentially cataclysmic changes (no water, or too much water, for example).

Does this mean we shouldn't even bother to try to cut our emissions? Absolutely not. What we do now will not likely make noticeable changes in our own lifetimes. We MUST start to live today for those who will be around many generations from now. If we don't start living today for the future, there might not be a future for us.

This is one of the biggest problems I see with humanity today: so few of us see beyond our own immediate future. For some, this is understandable (those who live in poverty-stricken lands, where food and water are scarce). For others (mostly the Western world), it is a choice: we choose to be ignorant and selfish in our needs and wants.

For example, I meet people all the time who absolutely refuse to recycle. REFUSE! I just don't understand it. It's not like it costs anything to separate our trash into recyclables and genuine garbage. Sure, it can be a hassle sometimes, but it has so many benefits. And don't even get me started on composting!

I'm probably preaching to the choir here, but maybe some day this message will get around to everyone, and we will all see that our wants (not needs) are superfluous. It's a matter of learning the difference between "need" and "want", a difficult concept in our modern society where everything is so readily accessible to so many of us.

Alrighty - enough of my rant. Snow is in the forecast for tonight, and we are scrambling here at work to get out shovels, put up winter signs, and batten down the hatches just in case winter finally arrives. I've counted and catalogued our snowshoes, so we are ready. Bring it on!