We're Wriiiiii-ting in the Rain...

The sixth graders from Wells were here today for a journaling class...all six of them (two were out sick). It was pouring rain when they arrived, so we spent the first half of the program inside, learning about journaling, and making some hand-sewn journals. After lunch the rains had let up a bit, mostly misting, so we donned our coats, grabbed our journals and pencils, and hit the trail.
It didn't stay misting for long...soon it was raining pretty steadily. Still, a little rain is not enough to deter determined naturalists. Our first stop was the overlook along the lake's outlet. 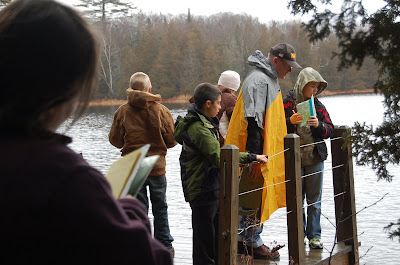 The bridge over the outlet was a hit - until the rain became more insistent. When we came back at the end of the program, however, the rain had turned to fog, making the view quite attractive. 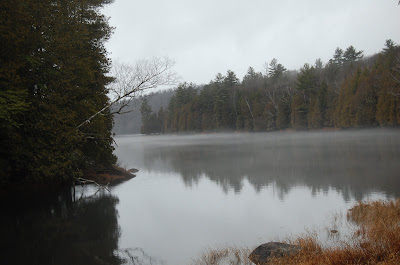 We ended up at the beaver pond...because in my opinion this is a gold mine for journaling...even in the rain. With the rain we've had in the last 24 hours, water levels were up significantly. 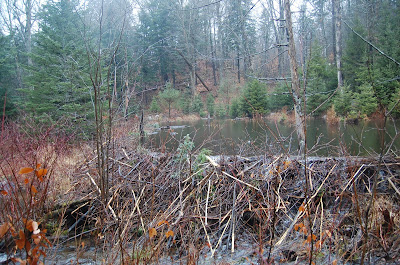 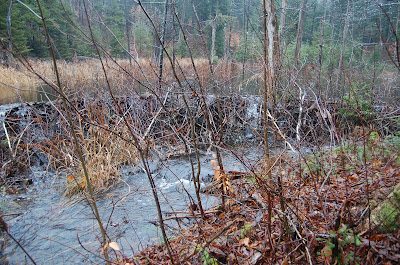 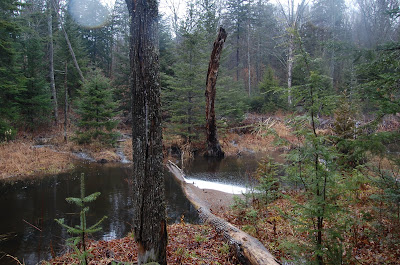 Across the way we could see the lodge, hard by the bank. Freshly chewed sticks made it stand out like a beacon in the damp grey light. 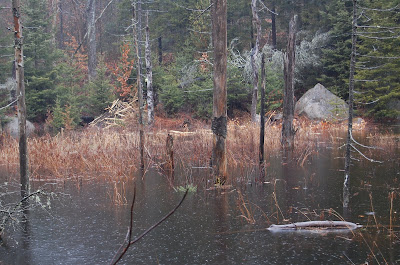 Despite the damp conditions, the kids did their best to record their observations. 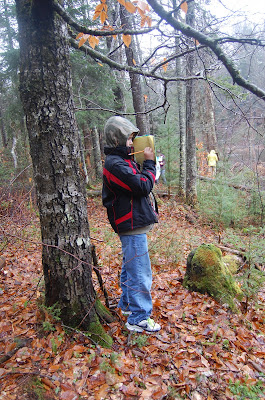 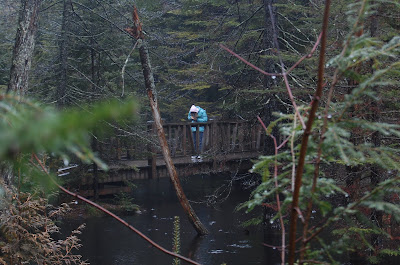 Journaling has become quite popular in recent years, which is great, considering the decline in our society's ability to actually write. Too often I read the writings of students in grades 6-8 and find that they are barely writing at a second grade level: they can't string together coherent sentences, they haven't got a clue about grammar, and forget punctuation. Computers and text messaging, I fear, spell doom for the written language.

So, let's encourage kids to keep journals; it'll get them writing, and, if they are nature journals, it will get them observing - two skills that we should do our best not to lose.

Posted by Ellen Rathbone at 2:23 PM